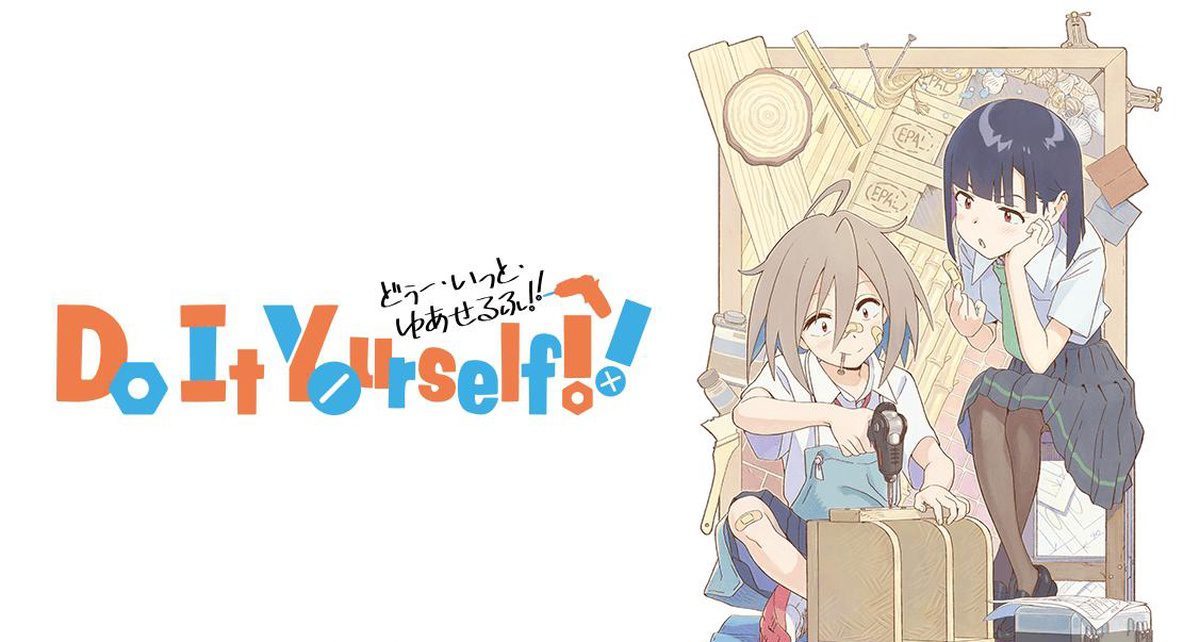 The PINE JAM animation company has a new anime series called Do It Yourself. The anime is being directed by Kazuhiro Yoneda, while Kazuyuki Fudeyasu is writing the story for the whole run.

Pine Jam announced its original anime television series on March 25, 2021. Character designs are by Ysuke Matsuo, music is by Ryhei Sataka, and the show is directed by Kazuhiro Yoneda and written by Kazuyuki Fudeyasu. It debuted on TV Tokyo on October 6, 2022.

The anime will chronicle the everyday exploits of Purin and her five schoolmates, who like tackling various do-it-yourself projects. Regardless of how hard they work or how many times they fall short, they persevere and see the projects through to completion. 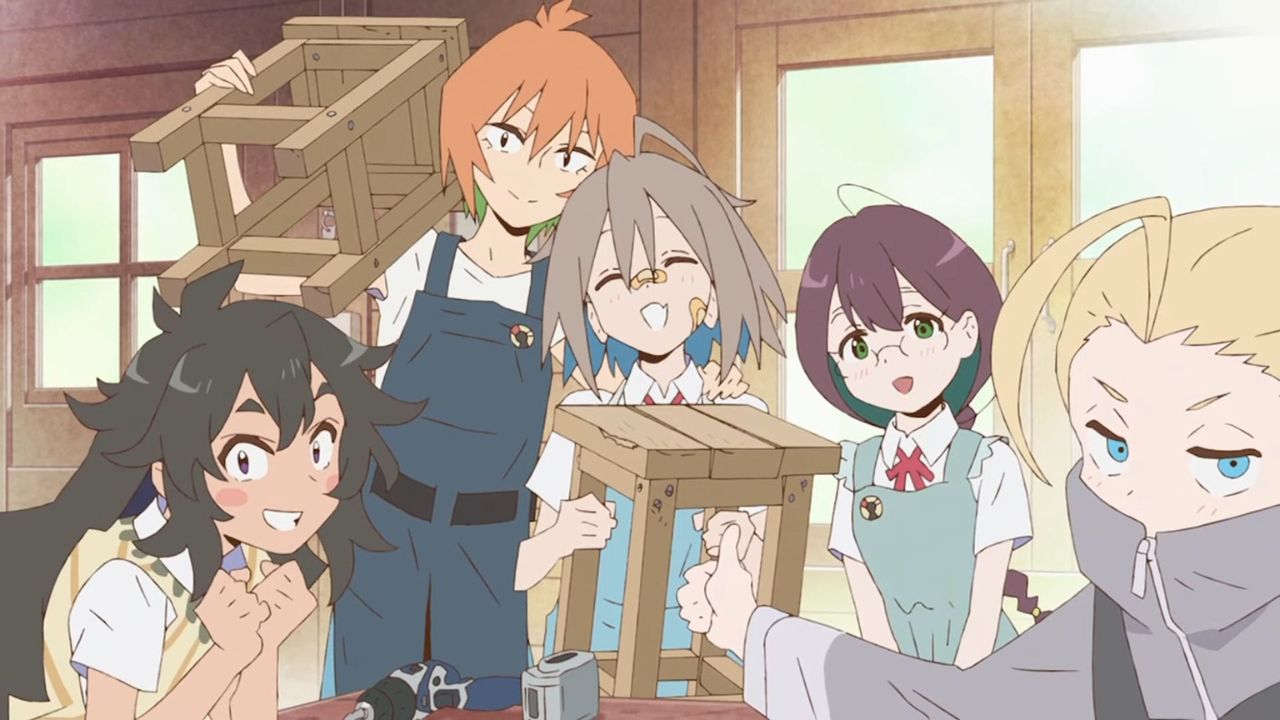 A still from the episode of the anime Do It Yourself!

What Is Do It Yourself! About?

Friendships and building stuff have a great deal in common. Both trades need effort, hard labor, and intention. The females in this narrative are members of a DIY club who are constructing both while they plan their futures.

None of them give up despite the fact that nothing is simple. They are creating everything from furniture to friendships to the future with their own two hands!

Do It Yourself! Episode 9 Release Date Details:

One of the most-watched Japanese anime television series, Do It Yourself, debuted on October 6, 2022. Within the first few episodes of its launch, this show gained so much popularity that a new season has been added. Do It Yourself! Episode 9 Release Date Detail

When will the upcoming episode, Episode 9, air? So, the anticipated release date for Do It Yourself Season 1 Episode 9 is November 30, 2022.

Do It Yourself! Episode 8 Brief Recap:

The group members carry the homemade DIY goods to Rei’s house. For her DIY creations, Jobko has received appreciation. Kokoro demonstrates the items she created using the 3D printer at the school.

That she was able to use it by bypassing the security system and breaking in, Takumi used the aprons she recently acquired from the workroom to make the ones that DIY club members will officially wear.

The aprons appear to be well-liked by everyone. They talk about their sales via Waku Waku Wan Wan and online shortly after that. The neighborhood’s elderly women are more fond of the products. 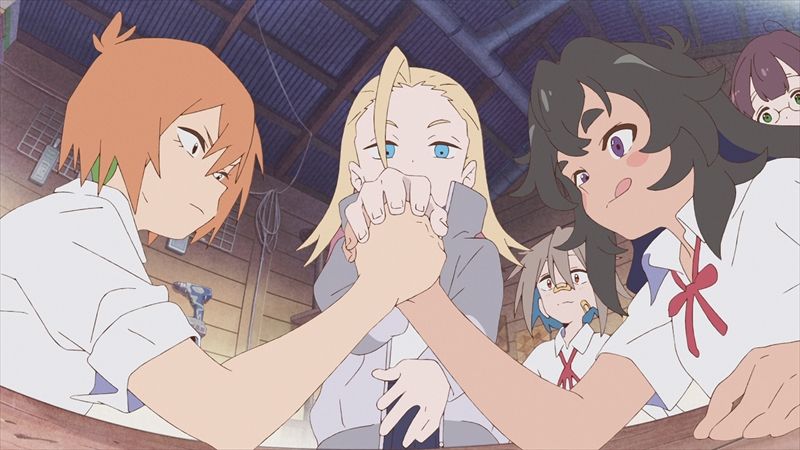 Do It Yourself! Anime Series

Yua inquires as to the sales of the goods she produced, which sadly were not. Rei tries to change the subject to the conversations regarding their covert location, but Kokoro catches him.

Rei advises them to first choose the style of hideaway they want to construct before creating a plan. The plan, according to Jobko, will help them determine the size, resources needed, and sequence of construction.

They don’t have to be exact to the millimeter since they aren’t manufacturing it to sell. Takumi has the brilliant idea that Yua should gather everyone’s feedback on the tree home and create an illustration because she is talented at doing so.

Yua works nightly to create stunning pictures, but it is difficult to construct and sufficiently unrealistic. In order to create the final illustration, they incorporate concepts from each one. Do It Yourself! Preview

Yua is apprehensive about what she will do to assist when they begin construction on the treehouse because the DIY items she produced did not sell. Yua suddenly has a notion and asks her mom for the necessary instruments.

That evening, Miku hears noises of tools being used in Yua’s chamber, which worries her about Yua. Jobko finds it difficult to create the plans since she must start from scratch and has fewer than 10 days.

Miku chooses to assist Jobko in creating the blueprints. Jobko is requested by Miku to keep her assistance from the other members a secret.

Do It Yourself! Episode 9 Spoilers & Speculations:

With Miku’s assistance, Jobko has finally finished the drawings, and they are almost done raising the money to purchase the tree adjustment bolts. In the following episode, they will presumably start building their hidden hideout. Do It Yourself! Preview

To show off something she produced, Yua has asked the group over to her place. What is the creation of Yua? In the following episode, we’ll learn more. As we all know, Do It Yourself! episode 9 is eagerly anticipated.

Do It Yourself! Episode 9 Streaming Guide:

Ayane Sakura, Azumi Waki, and Kana Ichinose feature in the drama series Do It Yourself!!, which is currently streaming. Use your Roku device to access Prime Video to watch it.

On Crunchyroll, fans of this show can easily access both the most recent and older episodes of the series. Nevertheless, if you want to watch the show, you need to be a member in good standing.

Japanese anime is the focus of the video-on-demand website Crunchyroll.