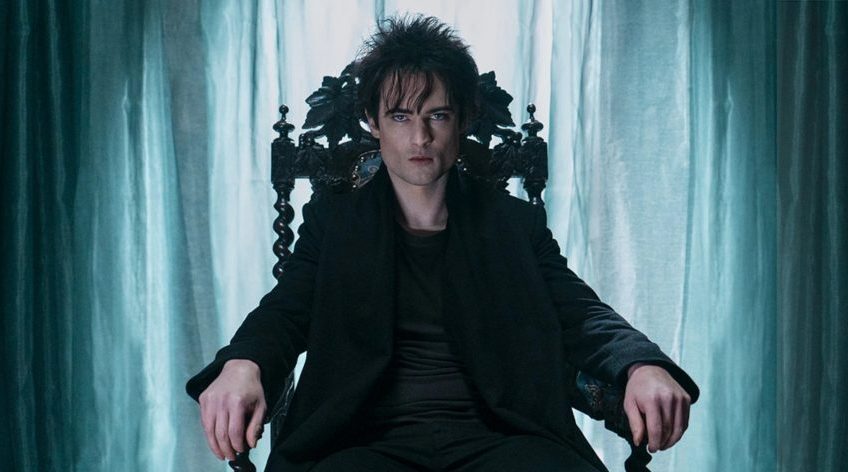 The Sandman on Netflix is a fantasy series based on Neil Gaiman’s comic book series of the same name. In the first season, viewers are introduced to the mythology of the Endless, their conflicts, and the challenges they have in keeping the balance between their realm and that of mankind. Morpheus, often known as Dream, is the story’s main character. Gaiman’s vast cosmology, which includes dreams, Hell, nightmares, and our Earthly realm, as well as a lot more, is introduced to us over the first season. Along with Morpheus, colorful characters such as Mervyn Pumpkinhead, Lucifer, Desire, Lucienne, and the Corinthian share the spotlight with him. It’s simply the top of the iceberg, but the series contains a lot of things.

However, after watching the Netflix Sandman finale, it’s natural to have some unresolved questions. After all, no one interrupts the show to go into greater detail about what is happening. Instead, all you can do is follow along and hope that all makes sense in the end. We can affirm that there is indeed a method to all the magic, and we’ve laid out exactly what transpires in The Sandman Ending for you.

Morpheus, the King of Dreams, spends lots of time in a glass jail cell of the Order of Ancient Mysteries, who made an error in their spell and, instead of Death, they ended up capturing her brother. Dream is greatly weakened as a result of losing his tools. He remains silent throughout his confinement in the hopes that one day someone will make a mistake and free him. Finally, after more than a century, the day arrives. 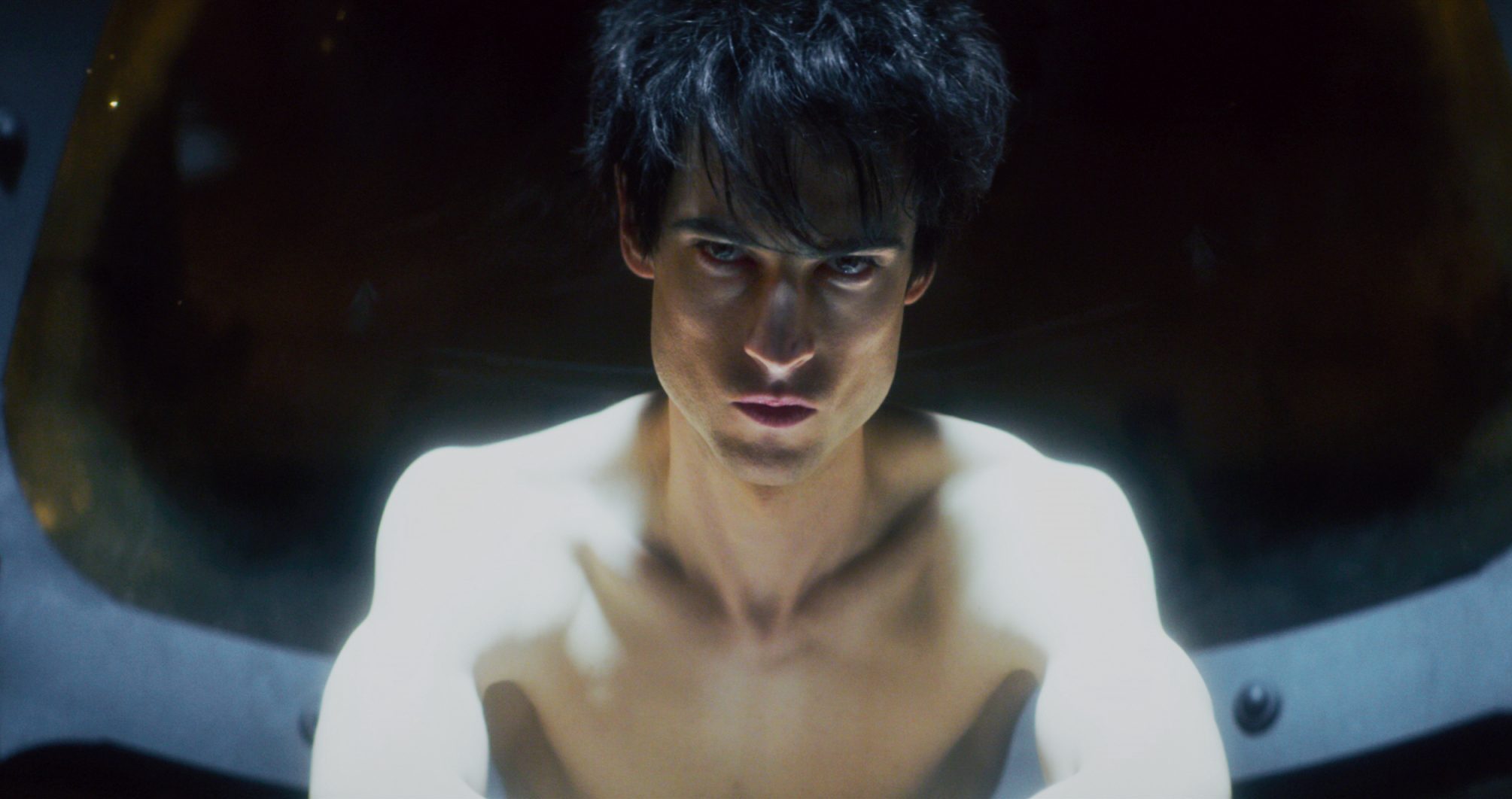 Dream has a lot on his mind when he escapes prison. He must reconstruct the Dreaming while accepting that the authority and organization of his kingdom have changed significantly without him. The biggest problem appears when the existence of a dream vortex is revealed.

In the midst of all of this, attention is also drawn to Dream’s friendly connection with Death and his rivalry with his sibling, Desire, who constantly comes up with new ways to cause him trouble. In his search for his tools, Lucifer Morningstar, the supreme ruler of Hell, winds up becoming Dream’s enemy. In order to someday rule the waking world as well, Lucifer believes it is time to declare war on the Dreaming.

Episode 10 of The Sandman begins with The Corinthian addressing Rose and Jed in their hotel room. He makes them both feel safe from Morpheus, but Rose is aware of his true nature and refuses to believe him when he makes such a guarantee. Rose makes the decision to check out of the hotel and go home. A different strategy is suggested by Corinthian: stay at the hotel, hang out, avoid Dream’s ravens, and cooperate with him. 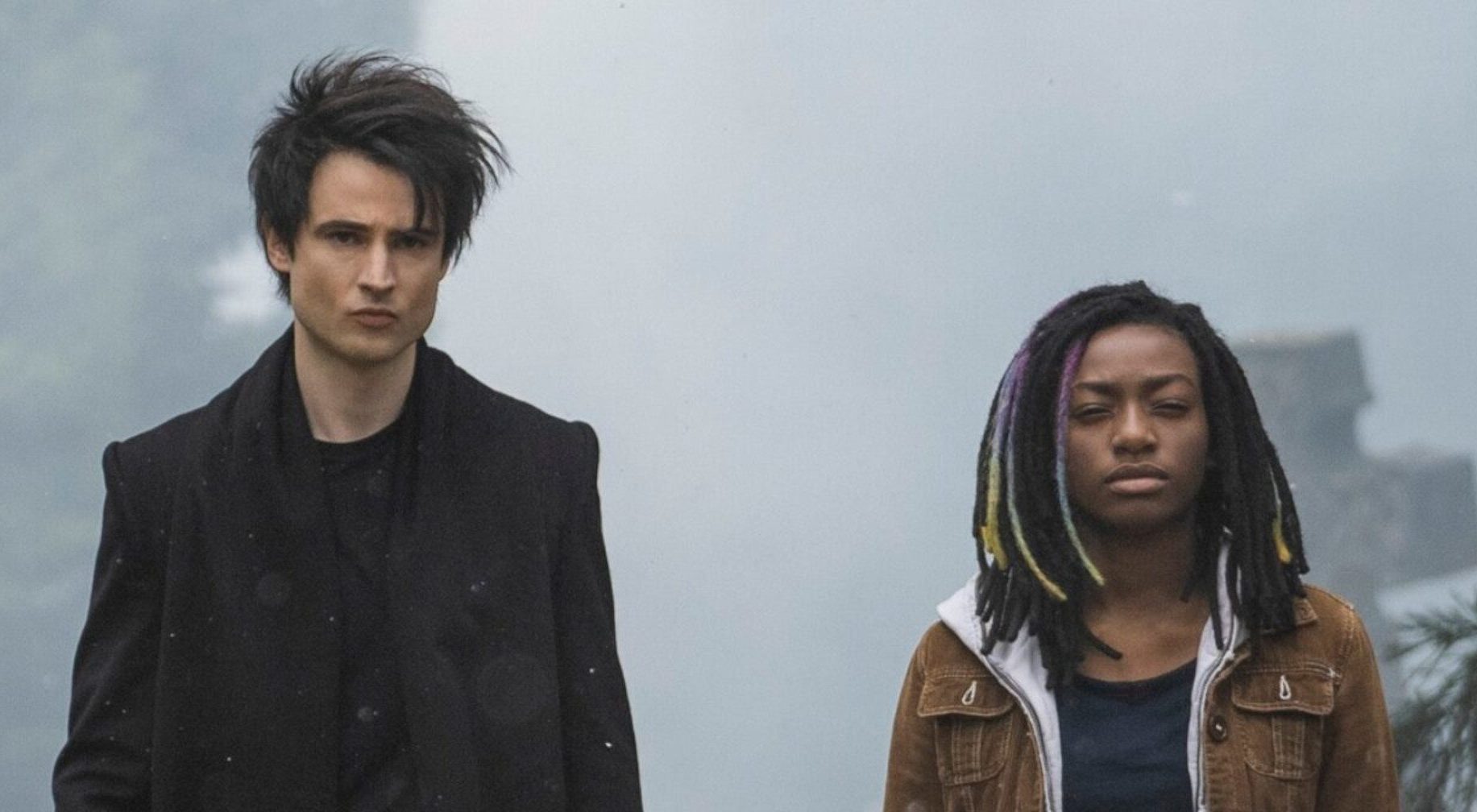 While Corinthian is giving his keynote speech upstairs, Dream arrives. While all of the killers are asleep, trying to reflect on their killings, Dream discloses that Corinthian has given the killers something else to fear. Unfortunately, Corinthian has become more powerful since their last encounter, and with Rose Walker at the core of his Dreaming, tearing down the barriers between the waking and dreaming worlds, things don’t seem good for our protagonist.

Make Our Own Path

Like a devil and angel on either shoulder, Rose is caught between Dream and Corinthian, who both strive to convince the Vortex to do what they believe is good. Given that she must pick one of them, Rose decides to put up temporary boundaries and create her own path.

The Corinthian is eventually destroyed by Dream, who also takes his head in the process. Dream assures the other Killers that their dream is finished and that, going forward, they will all experience the pain of the people they have killed as well as sorrow for the fallen. Some killers report themselves to the police, while others kill themselves. But one thing is certain: the Serial Convention is over.

Lyta goes into labor as Rose and Jed are leaving for the hospital. Except for Gilbert, who says he had to “go home,” the entire family is there. Rose is still worried, though, and thinks Dream will murder him. Lyta tells her to take charge and advises killing Dream to do so. 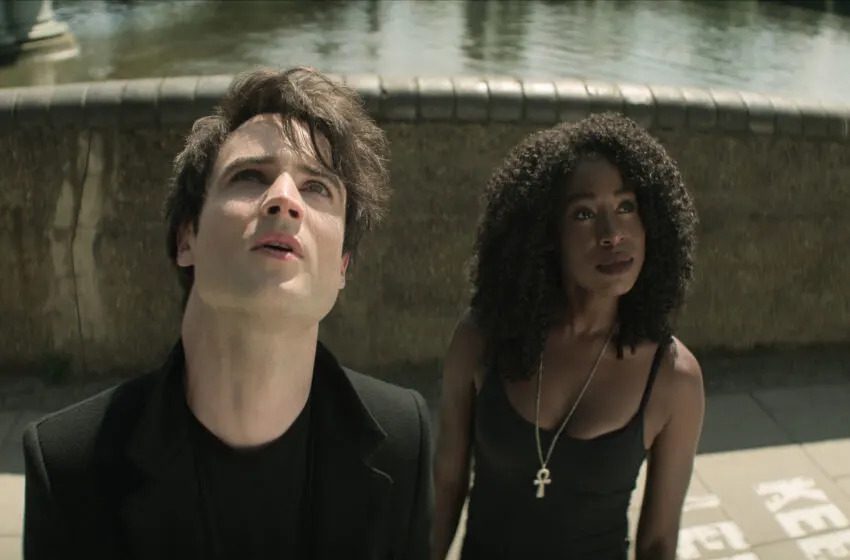 That evening, Rose finds herself dreaming once more, but this time, a huge vortex appears, engulfing everyone she cares for. But Dream appears and begs her to think things through, saying that she has done a lot of harm. Rose must, however, die in order to correct this. Or, at the very least, the Vortex. Fiddler’s Green appears and stands by Dream’s side. As he embraces his true calling, he invites Rose to walk over and meet him. He transforms this wasteland into a lush, lovely backdrop of farms and meadows before vanishing into a flutter of leaves and petals.

However, Unity Kincaid arrives out of nowhere and decides to steal the Vortex for herself. She insults Dream and wants the power, which manifests as a massive ruby heart, for herself. Unity accepts her role as the true Vortex, sleeping calmly in her bed while making the ultimate sacrifice to save Rose’s life. Rose tries to argue against this, but Unity feels she should have died a long ago.

Unity mentions that the father of her child had golden eyes before she passed away. Desire possesses golden eyes. Dream pays Desire a visit in their chambers while Rose is still alive and has decided to stay with Jed and the others. Dream criticizes his sibling and his cunning scheme, but Desire responds by saying that they’ll draw blood the next time. 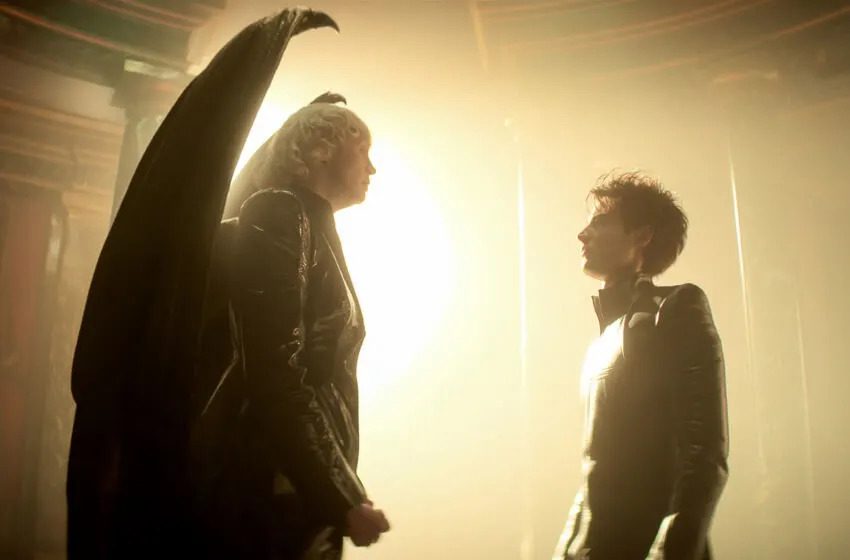 Lucienne visits Dream with some important news from his home country. A new book by Rose Walker has just been added to the library. Her life is now back on the right track. As for Dream, he has grown and chosen a new era of dreaming, which includes giving Gault wings and her genuine wish. He gave her the freedom to turn into a dream rather than a nightmare, just as she requested. Dream gives Lucienne the temporary responsibility of taking care of the Dreaming while he is at work.

In the last minutes of the episode, Lord Azazel approaches Lucifer as we return to Hell. The armed forces of Hell are under Lucifer’s control if they choose to attack the Dreaming. Then, by extending the Waking World. As a result of the Generals’ demands, Lucifer makes the decision to take action and do something to force Morpheus to submit and anger God.

Rose’s future will undoubtedly be affected after giving her heart away. She might have become the vortex because of it, but it was also an integral part of who she was. How will Rose feel anything now that her heart is gone? The second season is also set up by this revelation, which puts Desire’s hatred for Dream and their rivalry more front and center. When Unity refers to “the golden-eyed man,” Dream is aware that Desire was the one who interfered in his affairs. If Desire hadn’t made Unity pregnant, Unity would have passed away in her sleep, and the vortex situation would have been resolved. Desire decided to escalate the vortex problem in order to further worsen the situation for Dream because she was clearly bothered by it. 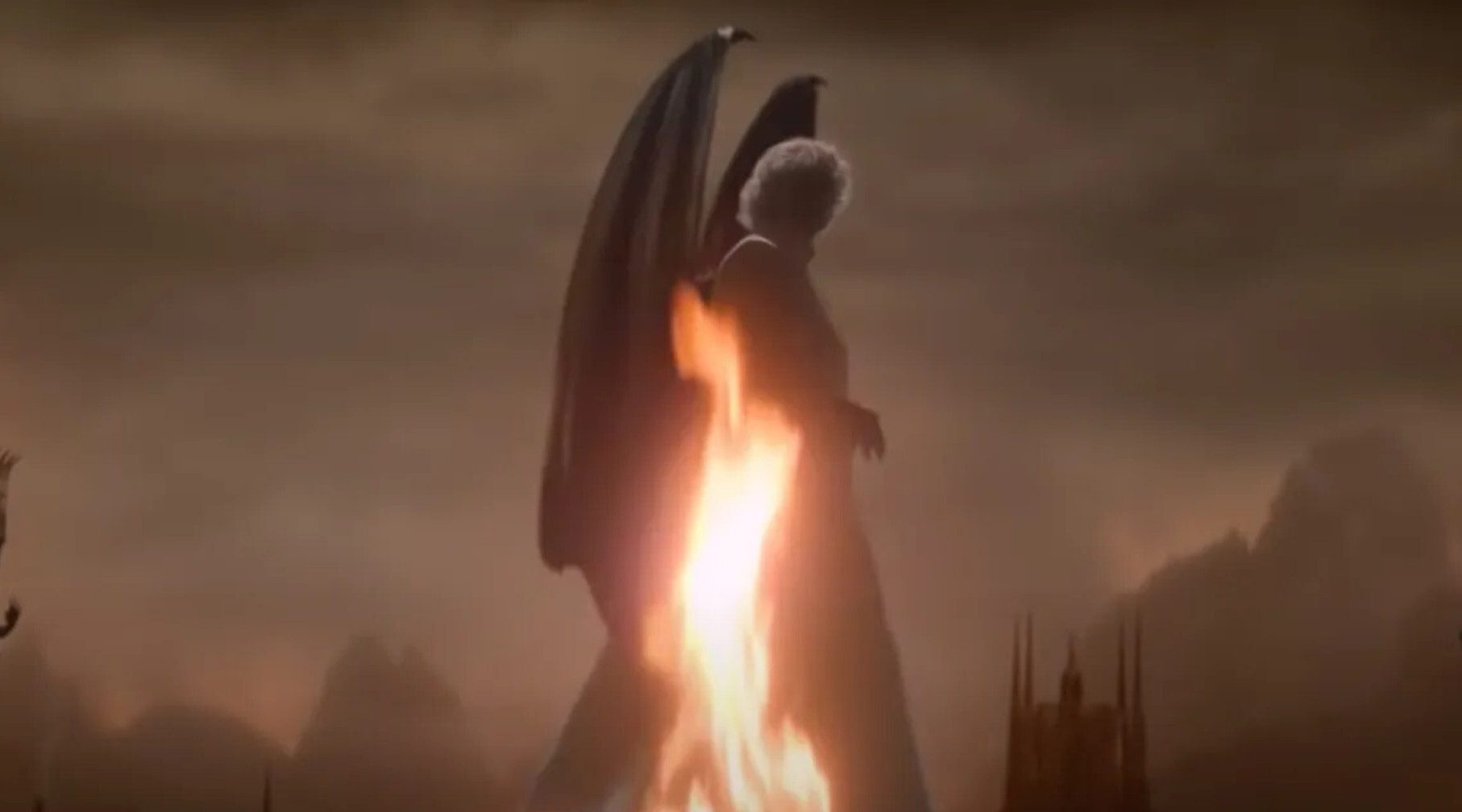 Additionally, Dream’s killing of Rose Walker would have been a big deal since, as Desire was her great-grandfather, Dream would unintentionally be shedding the family’s blood. While the show hasn’t yet explored why Desire is so determined to end Dream’s life or why they are so desperate for Dream to murder Rose Walker, it undoubtedly has to do with their long-standing relationship. All you need to know (without giving anything away for the future) is that spilling family blood makes an all-powerful Endless vulnerable. This storyline is fully explored in the comic books, and given how faithful the show is to its inspiration. Additionally, a weak Endless is a killable Endless.

Considering how closely Rose is connected to Desire, it seems obvious that we will be seeing her more. She and her brother Jed are descendants of the Endless, therefore, this isn’t their final appearance. Together with Lucifer’s desire to rule the universe and transform it all into Hell, Desire is on a mission to bring Dream to his knees.

In the future, Dream’s enemies might unite and work together to destroy him and his realm. The following season will expand further on their mythology when the other three siblings appear to fix the issue, given all the danger that is in store for him and the conflict between the two Endless. It might split them into groups, with some siding with Dream and others with Desire, making it simpler for Lucifer to fulfill his own desires.

Also Read: Chihayafuru Season 4 Release Date: Will We Get The New Season?