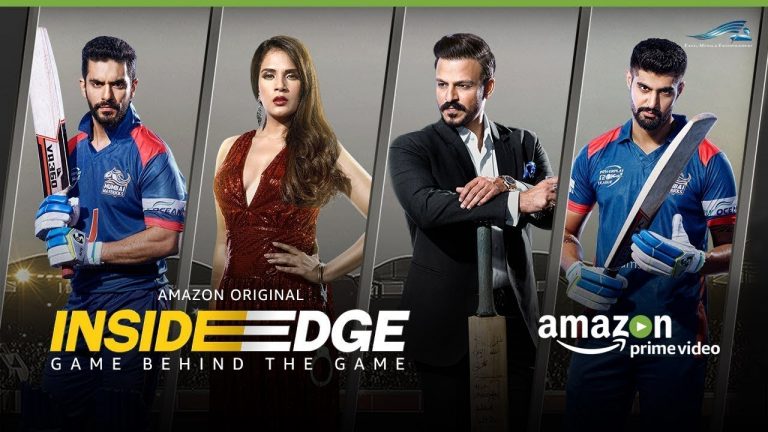 Inside Edge Season 3: Release Date And All We Know So Far

Inside Edge is the show that put Vivek Oberoi again on the map. It is the story that revolves around sports. It is a drama in terms of the genre and really just talks about the reality of the sporting world.

Inside Edge is an Amazon Original and is a Hindi-foreign language television collection. For now, it remains one of the most loved TV shows in India and it has earned itself a loyal fan base. For now, two seasons of the show, Inside Edge have been released. Season 2 came out on 6th December 2019. Each of the seasons had 10 episodes each. The first season was released on 10 July 2017.

Inside Edge is getting another run, according to Amazon Prime, itself. So there are no two ways about that. At the beginning of the year, it felt like fans didn’t know what to expect. But as soon as Amazon made the announcement, things were pretty clear from thereon. The announcement came at the beginning of 2020, thereby making a hundred billion Indians happy. Cricket is loved in India, and a show that documents that will obviously be a hit with everyone and anyone. Besides  Breathe and Mirzapur, Inside Edge has become one of the most popular shows on the internet as of now.

Inside Edge Season 2 ended on a heavy note. The third season will obviously pick up where the previous season left things, that is, the Mumbai angle will be highlighted. More politics will be a part of the plot and with that, just as Chadda said, the show will have more drama and more danger.

Season 3 will technically be the third cycle of Inside Edge. As you may have guessed by now, with every season, the show keeps getting darker and darker.

So far as the cast is concerned, the main cricket players will be seen in the show again. Mavericks’ chief analyst Rohini Raghavan and Tanuj Virwani as team captain Vayu Raghavan are going to be important for the plot to advance. The rest of the cast members will be usual that is, Vivek Oberoi as Vikrant Dhawan and Aamir Bashir as Bhaisahab will reprise their roles, respectively.

Reports also suggest that new cast members will be added to the show’s cast in this Season. And if these reports are true, no official cast confirmations have been obtained so far. Fans of Inside Edge will just have to wait for that news to come out.

More reports by the cast member, actor of the show, Karan Oberoi confirmed that season three of the show had been already filmed. This news came to us in December of last year. Karan plays Imtiaz Khan on the show. He assured his fans that he won’t be seen at all in the upcoming season, i.e, Season 3. But at the same time, he mentioned the reason behind it. It was because the actor wasn’t available at the time of the shoot. Karan assured his fans that he will be available for Season 4 of Inside Edge.

It has to be mentioned that Inside Edge earned an International Emmy nomination in the year 2018. The show is critically a massive hit. Let’s hope it makes it to us sooner than we hope. More news to follow shortly.