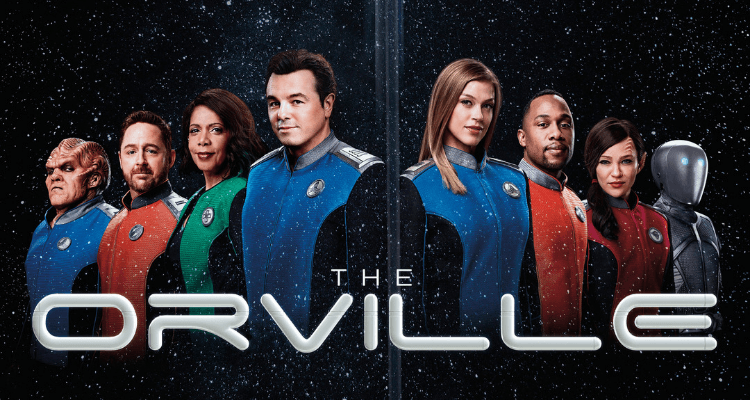 Season 3 of The Orville, which is Seth McFarlane’s live-action sci-fi series, has been confirmed by the writers. However, it wouldn’t be releasing anytime sooner in 2020. The first two seasons of the series had run on Fox, but it won’t be the same this time. The show will continue to be a part of Disney but not with Fox Entertainment. It will air its episodes on Hulu, which is a paid streaming service, available only to the ones having the subscription of the same. The article contains spoilers about the upcoming season, cast, and updates, so if you don’t want any spoilers, we will request you to avoid this particular article.

The Orville is an American science fiction comedy-drama television series created by Seth McFarlane, starring himself as Ed Mercer, an officer in the Planetary Unions line of exploratory space vessels. The Orville, set on the titular USA Orville (EVC-197), in the Planetary Union, which is a 25th-century interstellar alliance of Earth and many other planets. Inspired by several sources, Star Trek and The Twilight Zone, the series tells the story of Mercer, Grayson, and the crew of The Orville as they begin their diplomatic and exploratory mission.

When is The Orville Season 3 releasing?

Recently, it was announced that the third season has been delayed and will hit the screens in the latter half of this year. However, the official date of the announcement has not been confirmed yet. The first season had released in the traditional September premiere window, while the second season was held for mid-season and arrived in early January. The makers have promised an action-packed season. Although the fans are wishing for one or two musical episodes like the one that happened in “Oz,” “Xena: Warrior Princess,” and, of course, “Buffy the Vampire Slayer”, Grimes answered that they aren’t thinking about that anytime sooner. However, some of the casting members are incredibly talented at singing, including Grimes and McFarlane.

Here is a small clip from season 2

What would be the casting of The Orville season 3?

Now that The Orville has got the thumbs up for a third run, there are a few important things the viewers of the past seasons would be eager to know. In the upcoming season, McFarlane will return as Captain Ed Mercer along with the other casts, including, Commander Kelly Grayson (Adrianna Palicki), Doctor Claire Finn (Penny Johnson Jerald), Lieutenant Gordon Malloy (Scott Grimes), Lieutenant Commander Bortus (Peter Macon), Lieutenant Commander John LaMarr (J Lee), Isaac (Mark Jackson), Lieutenant Talla Keyali (Jessica Szohr), and Klyden (Chad L Coleman). The Orville Season 2 saw the departure of Halston Sage, playing Lt. Alara Kitan, from the cast, who was being replaced by Jessica Szohr’s Lt. Talla Keyali.

According to the sources, Anne Winters, an American actress, is joining The Orville Season 3 as a series regular, reported Deadline, which recently revealed that she would play a character named Charly Burke.

How many episodes will be there in the third season?

Season 1 of the series had 12 episodes in all, adding two more in the second chapter. However, the number of episodes has been shortened this time by a little margin. There will be e a total of 11 episodes in the following season, but the good news is that the length of the episodes will be a little longer this time, adding 12 to 15 minutes or more in some cases according to a report from Cinemablend.

I just found @TheOrville and I love it. Where has this been? I have been binge watching on @hulu & hoping that #TheOrville series never ends! @SethMacFarlane is a genius! pic.twitter.com/N2njl4PYlV

Where to watch The Orville season 3?

Although the premiere of season 3 is confirmed in late 2020, however, the show is not going to air its episode on Fox Entertainment anymore. The makers of the series have moved the season to stream on Hulu.

What is The Orville season 3 about?

Like various other finales in the modern TV landscape, The Orville season 2 finale has been able to serve as both a fitting season or series end, as there was a conclusive finish to the show’s brief time travel arc. Thankfully it didn’t conclude the series, and their adventures will continue in the coming days. In the third season, the story of The Orville and its diverse crew will be continuing with new adventures coming on the way. The Orville is currently in filming, which started from October 21, 2019, which its season premiere.

Season 3 is expected to turn to dramatic storytelling and action-based narratives increasingly. After getting a good response from the fans as well as the critics for Identity, Pt. 1 and Pt. 2 as some of the show’s finest episodes, director Jon Cassar reported that creator Seth MacFarlane “wants to make this year all like that.”