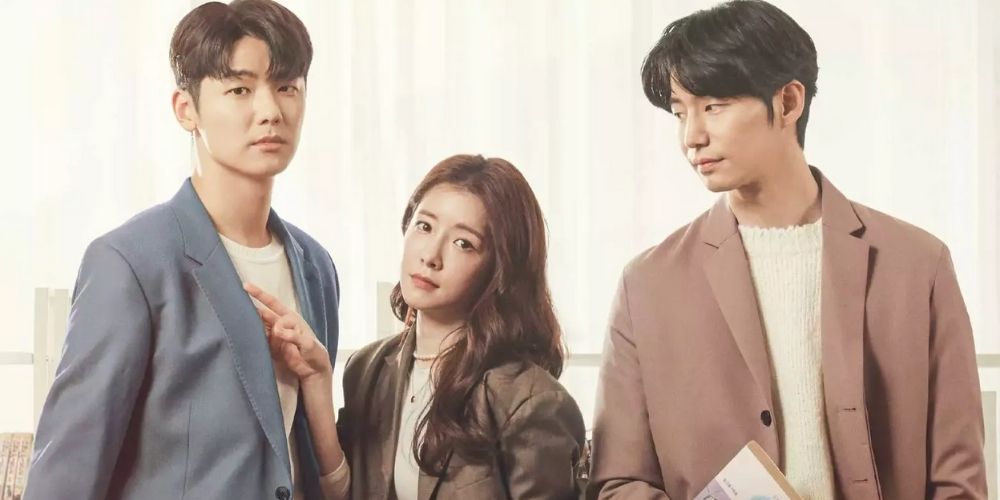 “How to Be Thirty” is a South Korean drama that is currently ongoing. The drama is telecasting on Daum Kakao TV and Viki. The director of the series is Oh Ki Hwan, and the screenwriter is Jung Yi-Jin. The drama revolves around the life of a writer. It tells the story of a 31-year-old (cartoonist) who reunites with her childhood first love. He is a publishing house representative.

The drama mainly shows the life, trouble, and relationship world of people in their 30s. The drama is an adaptation of the webtoon, which is the name Born in 1985. The webtoon is published and compiled by Hye-won. The series starts premiering on February 23, 2021. The drama is ongoing on the Viki app. If you want to binge-watch the drama, you can check online too. The rating of the ongoing drama is quite worth looking at. The drama is rating on an 8 on MyDramaList. The rating is quite nice. People like the drama that can be easily guessed through the rating. The drama comes with a total number of 15 episodes.

Three episodes are already released, while the other will be releasing soon. The episode releases every Tuesday and Saturday. Each episode has a duration of 25 min. The genre of the series is Comedy, Romance, and Drama. The drama is also called something about 30, Born in 85, Born in 1985, Still Not Thirty, Not Yet 30, and Not Yet Thirty. The drama will be going off-air on 13 April 2021.

The Cast of How to Be Thirty

The drama How to Be Thirty is an ongoing South Korean drama that is starring Jung In Sun as Seo Ji Won, Kang Min Hyuk as Lee Seung Yoo, Ahn Hee Yeon as Lee Ran Joo, Song Jae Rim as Cha Do Hoon, Cha Min Ji as Hong Ah Young and Baek Sung Chul as Hyung Joon Young. The story revolves around these six main leads who are having their own love angles and how they tackle it.

Lee Chae Won as Deputy Yoon and Kim Ji-sung is the only supporting actor in the series. No other additional actors are there in the series. The series is short and crisp, with a minimum number of characters. This may lead to seeing a character development as each character can come out the polish and refine. The drama will be less confusing due to the fewer characters.

Read More- KDrama ‘Revolutionary Sisters’: What We Know So Far

Synopsis of How to Be Thirty

The drama How to Be Thirty is a story about Seo Ji Won is a budding web-based cartoon author who decides to devote her complete attention to her craft. She is always forsaking love in favor of her career. This decision of her pays her off well.

By the time Seo Ji turns 25, she becomes a published author who is a great achievement for her. Now she is a 30year old woman who becomes a well-known writer with a great number of followers and viewers. She is totally against the idea of romance. She is not into romance and plot. This situation completely turns when she meets her first love from the middle school days. Lee Seung Yoo is her first love and here turns to her life. Life took a completely upside-down turn. Things get complicated when the director of Cha Do Hoon is in in-charge of adapting the Seo Ji Won web series for the screen. He asks her to confide in herself and to work for the series.

This appears keen to strike up a close friend of hers. Meanwhile, the best friend of Seo Ji Won is a TV anchor name Lee Rang Joo. She is going through difficult times in her new office and a new career. The thing that is to be watch in upcoming episodes is about love strikes on the door of Seo Ji Won, or she is always turning her back on that. 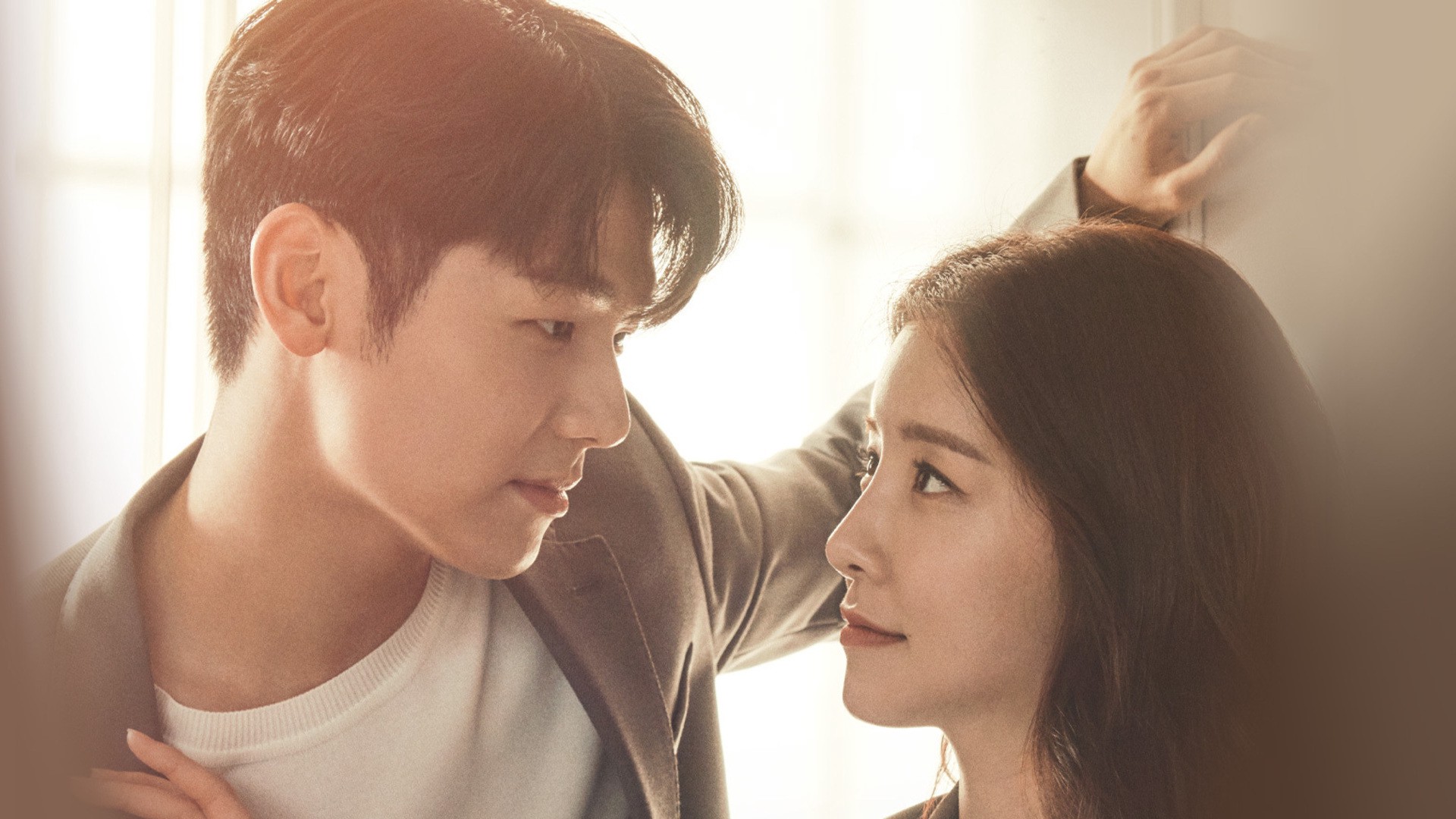 How to be Thirty Episode Still

How to Be Thirty Episode 3 Overview and Expected Plot

How to Be Thirty revolves around the life of Ji Won. She is a well-versed writer and a publisher. Her books have a great fan following, and she has some actually nice devotees. She is working on the genre of forsaking love in favor of her career. This turns out to be nice for her as she is quite successful in her twenty-five and now is an established writer in her thirties.

She has been working continuously, and she never turns her back in favor of the love. In episode one, it is can see how Seo Ji-won is a 30-year-old webtoon artist comes to know that her new manager is the same person she has a crush on. This was her first love, and she reminisces over her past.

Her best friends Lee Ran-Joo and Hong Ah-young are also struggling in their love lives. The three finds make a revolution of never to fall for anyone again. Things turn upside down when the manager who joins is Ji Won’s first love. In Episode three of the drama How to Be Thirty, it can be seen that Seo JI Won is going on a date with Lee Seung Yoo. The date was totally a blind date, and by chance, the guy came out to be Seung Yoo. They were eating the food and discussing life on the table.

It can easily sense that Seung Yoo has some soft corners for Ji Won. They talk about her new webtoon, and Seung Yoo asks her if the male character she drew is hi. She denies the fact and says she drew her ideal type. He asks her if he is the ideal type; she again denies it, but he continuously asks her to confess. She finally accepts that the character does look like Seung Yoo. 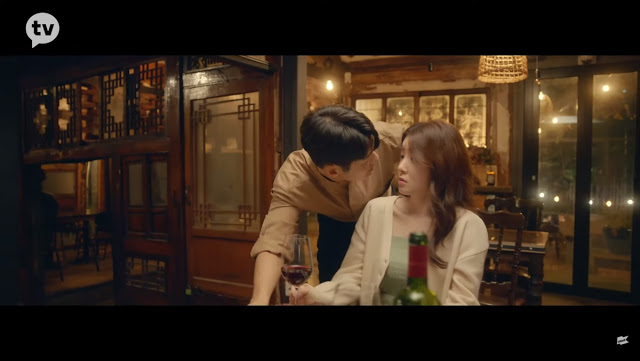 How to be Thirty Episode 2 Still

Seung Yoo says she shouldn’t make her boyfriend confuse and leaves the scene. Meanwhile, Ra- Ju finds herself drinking and ending up in a room. At that point, Ah-young encounters her ex, who is waiting for her to be back from her café. The next day she comes and visits Ah Young, who has close her café for the day. She calls up Ji Won to see into the matter.

The next day she is having a meeting with the movie proposal team of Psycho Bride; after the meeting, she ask Seung Yoo to be more professional when they are working. She asks him to act more decent, and he replies to her in return that she won’t like it. Ran Ju suddenly remembers about the night she spends as the guy keeps calling her. Meanwhile, Ra-Ju and Ji Won sense it suspicious as Ah Young café is still close.

Ah-Young’s story portrays how her long-term boyfriend ditches her with some other girl. Ah-Young decides to move on after she meets her ex again, who pleads her to come back. She decides to become a wicked witch, heartless and totally over a heartbreak. After the drinking scene, Ji Won calls Seung Yoo to tell him that she is not in a relationship with anyone. This makes Seung Yoo happy.

The drama is going to get some major turns when Ji Won is finally in love and how she tries not to fall for one. The plot is typically like a normal love story with some ups and downs. Overall, it does look promising because of the cast, the acting, and the screenplay. Till now, it is interesting to see the heartbreak and how all they were going to overcomes is one big thing to see. Also will Ah Young turns into a heartless witch, Seung Yoo and Ji won will be starting over, and also will Ra- Ju has something fishy with the boy who calls her.