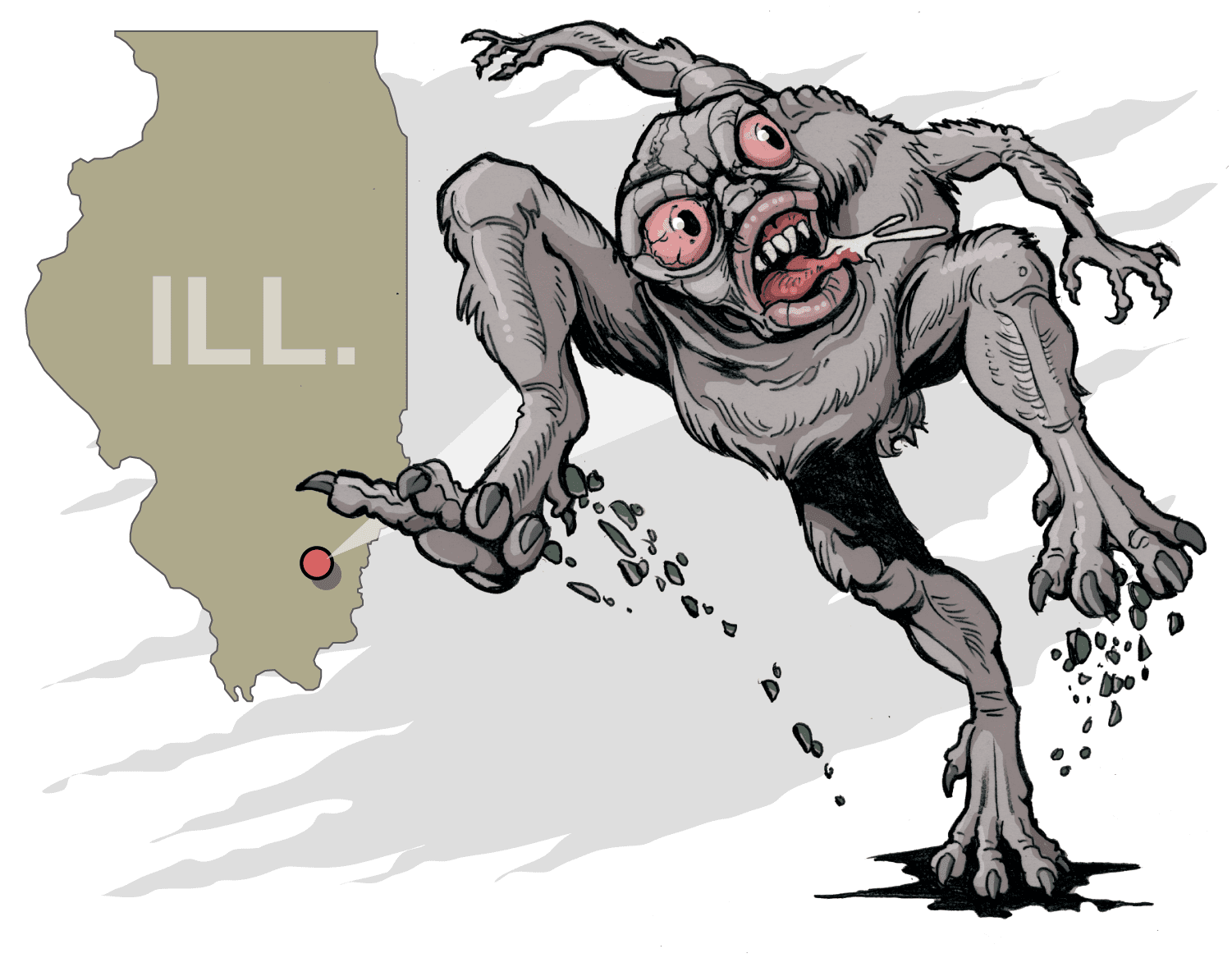 One of the strangest reports of monsters discovered in the backyard occurred in April 1973, when people reported an unidentified creature lurking around in the backyards of Enfield, Illinois, United States. The report was wildly covered at the time by newspapers and magazines, and most of them speculated that the monster was nothing more than a kangaroo.

However, the report suggests that the unidentified creature was far from a kangaroo. According to all descriptions, the entity was a demonic one, straight from the depths of hell. And based on its behavior, there is no doubt that the creature was trying to raise hell.

The strange happenings that would forever change the idle town of Enfield, Idaho, started on the evening of April 25, 1973, when young Greg Garrett was attacked by a bizarre creature with three legs. The child had been playing in his backyard when he was attacked by a short creature with three legs, glowing eyes, slimy skin, and long claws. The beast, who had sneaked up on the boy, stamped on the child’s feet, shredding his tennis shoes. A terrified Greg screamed and rushed into the relative safety of his house. However, the monster’s antics were far from over.

At about 10:00 pm, Henry McDaniel heard something scratching on his front door. At first, he dismissed it, thinking it was leaves rustling through the ground, but when the noise persisted, Henry decided to investigate. Though he thought he might be encountering a raccoon, Henry got the shock of his life when he discovered something resembling a bear moving through the bushes.

Taking a gun and flashlight, Henry ventured out of the front door and was met by a creature that stood on its hind legs. Henry would later say that the creature “Had three legs on it, a short body, two little short arms, and two pink eyes as big as flashlights. It stood four and a half feet tall and was grayish-colored.”  He also stated that the cryptid was “almost like a human body”. 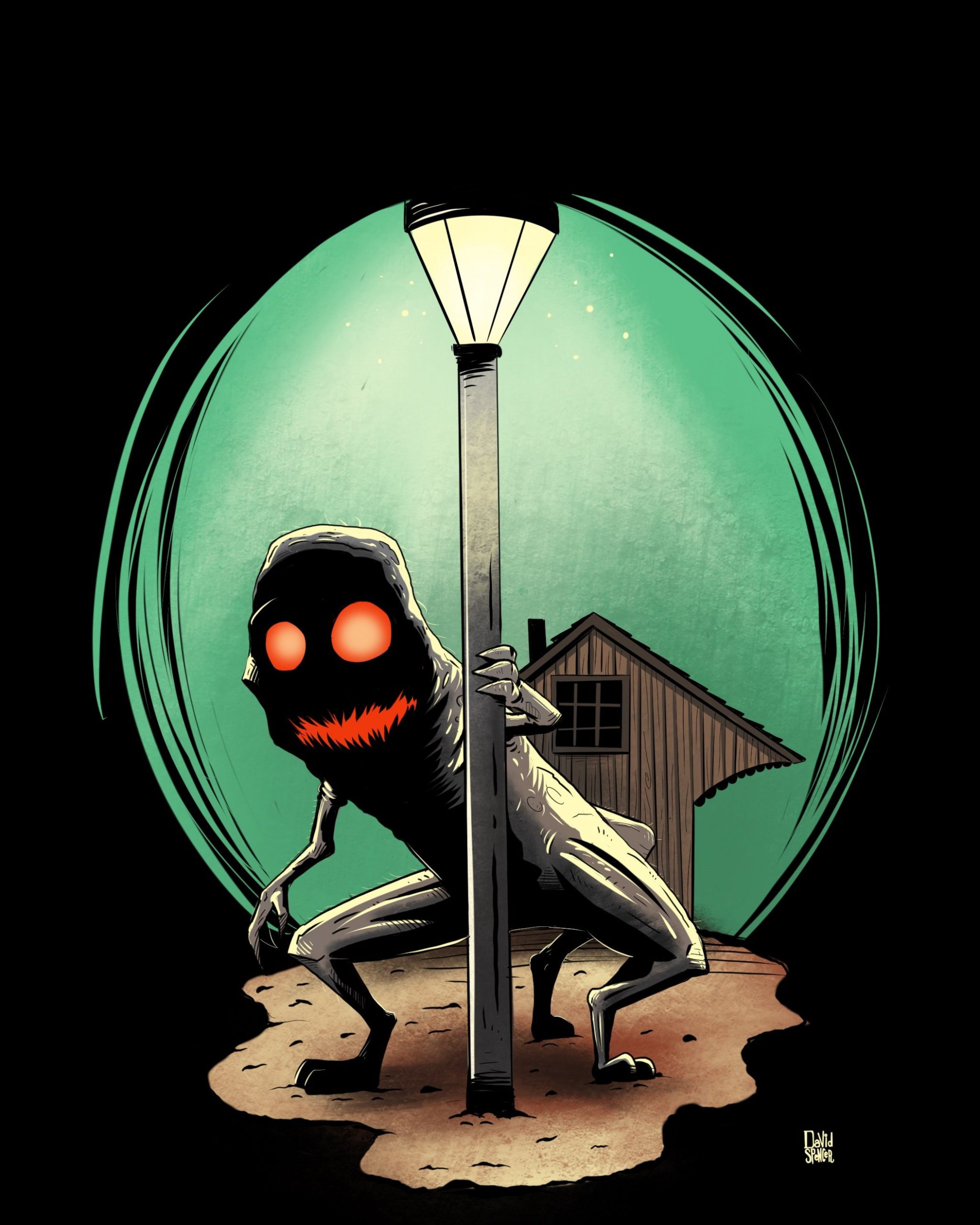 A befuddled Henry immediately opened fire. Though he missed most shots in his excitement, one shot hit it squarely on the shoulder, causing it to make a hiss “like a wildcat”. It immediately jumped into the nearby railway embarkation, covering nearly 50 feet in 3-4 jumps.

McDaniel stumped beyond words and called the cops. The investigating officers immediately discovered footprints in the soft earth near the house, and they were shaped like dogs and had six distinct toe pads. The police, not knowing what they were supposed to be looking for in the rural wilderness, took a detailed account of the incident from Henry. The officers would later describe him as sober and rational. Later, when talking to the press, McDaniel commented that “If they do find it, they will find more than one, and they won’t be from this planet, I can tell you that.”

Things got so out of hand that the White County Sheriff threatened to incarcerate McDaniel if he didn’t stop spreading the story. The main reason behind this was that people were flocking into the small town by hundreds and wandering into the woods late at night to catch a glimpse of the fabled beast.

To make matters worse, a well-armed gang of monster hunters began to patrol the area near the woods. On one such expedition, the men encountered something that resembled the monster and opened fire. Though they never hit the monster, the men were too excited to rationalize. The local law enforcement decided by this time that things were spiraling out of control, and the men were charged with hunting violations. 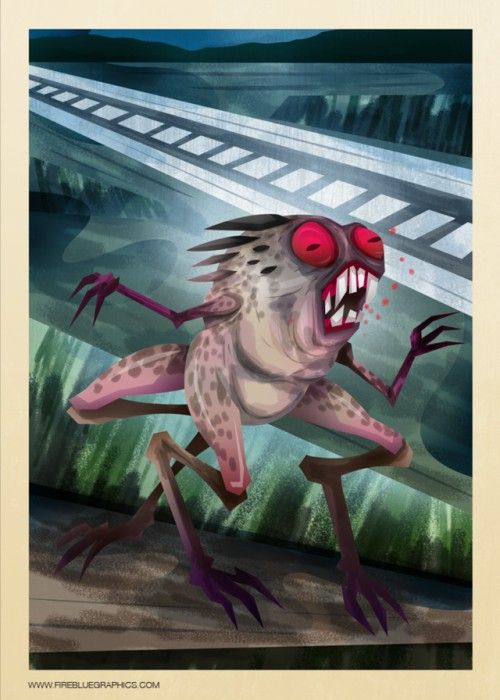 A representation of the monster

Many believe that the Enfield Monster is an alien that had been stranded on Earth, while others speculate that the creature is an inter-dimensional monster that had inadvertently crossed realms and is trying to return back home. While the entire ordeal is strange, this wasn’t the first time a monster with similar characteristics was sighted.

Over 30 years before the events of Enfield, between the years 1941 and 1942, the sleepy village of Mt. Vernon, situated less than 40 miles from Enfield, had a similar incident. The residents of Mt. Vernon woke up one morning to discover a beast that could jump well over a house and across 30-40 feet in a single jump. The eyewitness stated that the creature resembled a monkey, and the nickname The Devil Monkey was attributed to it.

This incident, which was largely overlooked at the height of the Second World War, was reintroduced after the Enfield Monster was discovered, and people came up with theories suggesting that a portal opens between the two worlds every thirty years, and such beasts would cross over. However, almost 50 years have passed since the last sighting. What it was, where it came from, and what it wanted remains unsolved to date.

Also Read: Legends Of The Nahanni Valley: Everything To Know