Kimberly Guilfoyle, an American television personality and advisor of the 45th President of the United nation Donald Trump is making headlines everywhere in America recently for her personal life. Here in this article, we are going to have a look at Kimberly Guilfoyle’s dating history and relationship timeline. But before we jump to the main topic, let’s get to know in brief about Kimberly Guilfoyle.

Th television personality and advisor Kimberly Guilfoyle was welcomed on earth on March 09, 1969, which makes her 53 years of age. Guilfoyle is the daughter of a Puerto Rican and Irish father who resided in San Francisco, California, at the time of her birth. She was raised a catholic and grew up in the Mission District of San Francisco and later in Westlake Daly City. She lost her mother at 11, who died of leukemia. Her father, Anthony Tony Guilfoyle, who’s from Enni, County Clare, Ireland, migrated to the United States in 1957 at the age of 20.

Kimberly finished her education at Mercy High School in San Francisco and later joined the California University of San Francisco School of Law in 1994. Now when we know so much about Kimberly Guilfoyle, let’s dive deep into her personal life, mainly her love life. Here in this article, we will mainly focus on Kimberly Guilfoyle’s dating history and relationship timeline. So, let’s get at it without wasting much time.

Recently the television personality is all in the news following her marriage announcement. Yes, you head it right Kimberly Guilfoyle is all set to walk down the abseil along with her long-term date Donald Trump Jr. It’s been almost five years now since Kimberly Guilfoyle has been dating her long-term beau Donald Trump Jr. The duo kick-started their romantic relationship back in 2018. After dating for a few years, the couple exchanged rings in a private ceremony. Kimberly and ger date never openly spoke about their engagement, nor did they ever make it public. Fans speculated about their engagement when they spotted Donlad Trump Jr flaunting his engagement ring. 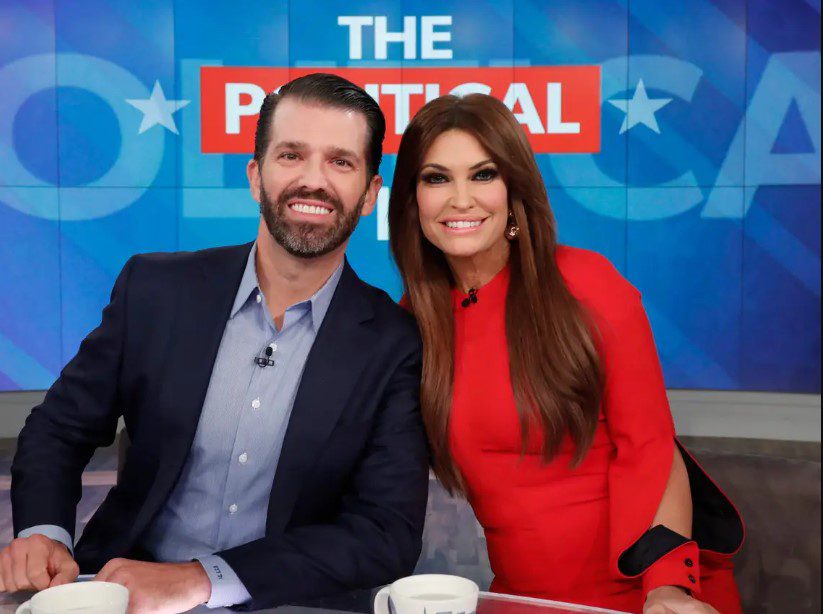 In her recent Instagram post, which followed Donald Trump Jr’s birthday celebration Kimberly expressed her desire to spend the rest of her life with her long-term date Donald Trump Jr. Though none of them have officially declared anything about their marriage. Fans speculated about the couple’s marriage following Kimberly’s Instagram post.    Before Kimberly entered his life, Donald was married to Vanessa, who filed for divorce from him in the year 2018. He shared five kids with his ex-wife Vanessa – Donald III, Kai Madison, Spencer Fredrick, Tristan, Milos, and Chloe Sophia. Guilfoyle, too, was married to Eric Villency before kick-started dating Donald Trump Junior. She, too, is the mother of Ronan, who is her only son from her ex-husband. He took off with his career back in 2000. Back then, he moved to Aspen. Colorado, where he worked as a bartender for almost a year. He then returned home and joined his father, Donald Trump’s organization, The Trump Organisation, in New York. During the 2016’s presidential election, Trump was the central member of his father’s campaign. He was characterized as a close political adviser by The New York Times.

He dated Vanessa Kay Haydon in 2003 at his father’s suggestion. They tied the knot on November 12, 2005, after two years of dating. They ended their more than a decade-long marriage recently in 2018. Since then, Donald Trump Jr is dating Kimberly Guilfoyle. Since then, the couple is going stronger and stronger together with every passing time with the help of their everlasting love. Though the couple has not confirmed anything, they will likely tie the know very soon.