Things keep getting better in this Breaking Bad spin-off culmination! So, let’s do our weekly Better Call Saul Season 6 Episode 10 recap. Firstly, Gustavo Fring had previously met with Don Eladio, Juan Bolsa, and Hector Salamanca on Better Call Saul Season 6 Episode 9. In the end, Eladio pardons him, denies Hector’s claims that Gus killed Lalo, and gives him control over the drug operation in the north while having him report to Juan Bolsa. Don Eladio foresaw Gustavo’s animosity toward him but cautioned him to restrain it.

Mike visits his father to help him feel better about his son because Nacho weighs heavily on his conscience. The man, however, was not satisfied with what he referred to as “gangster’s revenge.” Kim packs up her belongings to leave Jimmy and resigns from the BAR association. She confesses to him before leaving that she knew Lalo was still alive and only stayed in the relationship to “have fun,” playing scheming games that ended up causing people’s lives to be ruined. The manipulation leading up to and following Howard’s death was the final straw for her, so she broke up with Jimmy. After that, we witness Jimmy fully transform into Saul Goodman.

In the opening scene of Better Call Saul Season 6 Episode 10, Marion, a senior citizen played by Carol Burnett, is seen riding a scooter to the grocery store. After that, she got stranded in the snow, and Gene Takavic met her as he nailed Nippy’s lost dog signs. He made Marion his helper. He snipped one of her wires while she was in the scooter’s back to make it unusable. It served as a diversion to assist in guiding the woman home.

When cab driver Jeffie got home, he discovered Gene and his mother, Marion, were enjoying a drink in the kitchen. When Jeffie saw Gene in the kitchen acting so casually and even making dinner, she was speechless and in awe. Gene spoke privately with Jeffie, who had revealed Gene’s identity as Saul Goodman the previous season.

Gene persuaded him that he would show him “the game,” and then their arrangements were terminated because he was aware that the man might attempt to extort money from him or turn him into the police in exchange for a reward. Gene retrieved a pinky ring and activated the police scanner when he got home.

The following day after work, Gene went to the security office to talk to Nick, the guard with whom he had a run-in. They lost it when he advised the young shoplifter to stop and hire a lawyer. As a result, he had some time to talk with Frank, the chief guard. While he examined the security cameras and set his watch timer, he gave him a delicious Cinnabon. He finished it in just over three minutes.

The same routine, munching on Cinnabons and talking sports the following night. It turned into a nightly ritual. He then examined a pricey clothing store to determine the number of steps required. He maps out the store in an empty field to teach Jeffie how to steal just enough goods in three minutes. The store won’t discover the stolen goods until an inventory count because the tapes are erased every 72 hours. By then, the proof had been destroyed!

Kathy Deutsch, the manager of the Lancaster store, received an odd freight delivery and called to report it. Gene, the trucker’s manager, answered the phone while she pretended to be his boss. He persuaded her to wait until the morning even though she wanted the merchandise off her dock.

Jeffie extricated himself from the delivery box as Gene carried out his nightly routine in the security office. He quickly made several trips to steal the things and tucked them inside the box. He fell and slipped during his final run, passing out. While Gene noticed the mess and created a distraction by sharing a depressing sob story, Frank finished his Cinnabon and looked at the cameras. Before anyone realized who he was, Jeff arrived and finished the task. In the morning, Jeff snuck out of the bathroom without being seen. They were in awe of the prize and wondered later how much they could sell it. Gene/Saul confronted them about their long list of serious crimes. He used it as leverage against the men, getting them to attest to the deal’s completion. 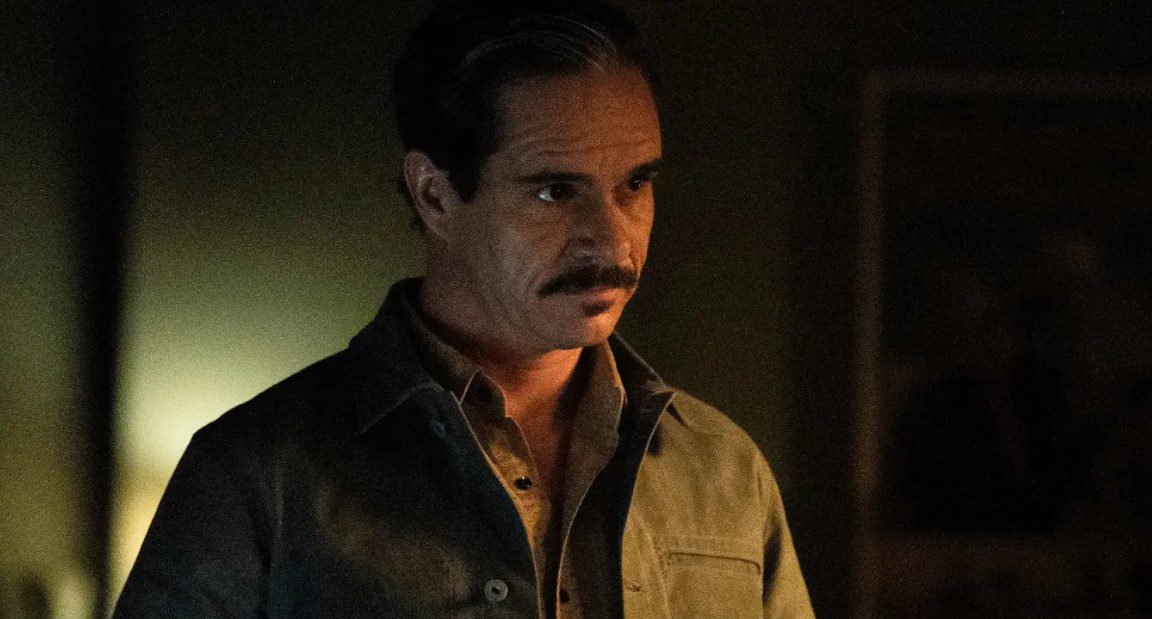 Where To Watch Better Call Saul?

Better Call Saul airs on AMC and streams on AMC+ and Netflix.