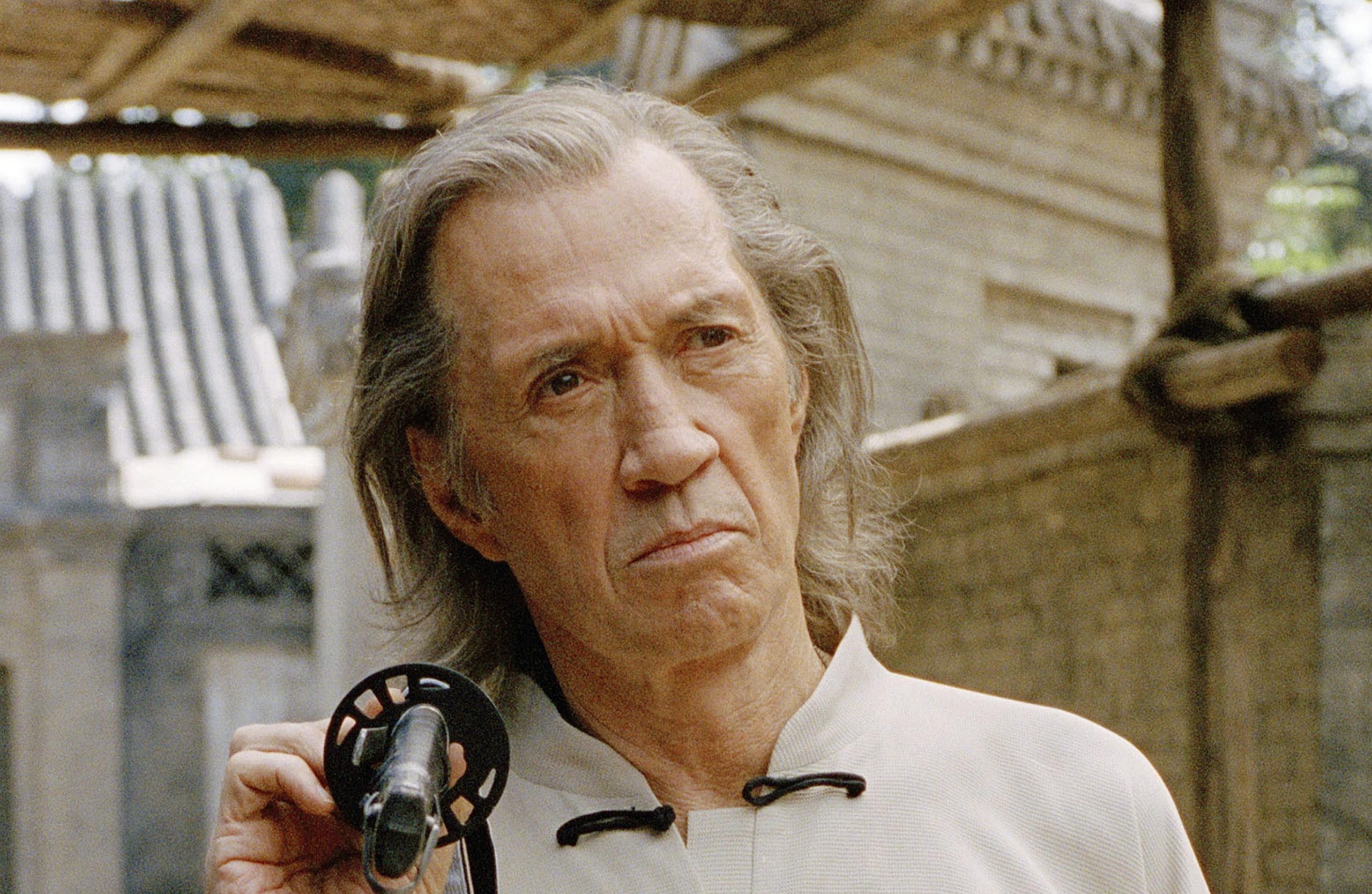 The elderly David Carradine was hanging by a drapery cord in the cramped closet of Swissôtel Nai Lert Park Hotel when the maid discovered his body on the eve of June 3rd, 2009, which looked a little more than a simple suicide act. The rope was tied tight, which led to asphyxiation, causing his brain to die from the inadequate supply of oxygen suicide. The Thai police and media had arrived at the scene before any of the cast and crew of Stretch, whose shooting was taking place in Bangkok, could make it. While this exposition came as a surprise to many people, Carradine’s family and those close to him were tight-lipped.

David Carradine, born John Arthur Carradine Jr. in Los Angeles, California, in the year 1936, was from a family of actors. His father was a prolific character actor, and Carradine followed suit, hitting blockbusters like the Kung Fu series and Kill Bill with his films released even after his death. But amidst all the glitters and sparkles of his life, it was not always shining.

Who was David Carradine? A Star or a black hole?

Those familiar with his childhood would know it was not the first time that David Carradine had been found hanging. At the age of five, Carradine attempted suicide due to persistent familial discords. He grew up being prosecuted for disturbing the peace and faced court-martial for shoplifting in his later years. Throughout his life, he was arrested and prosecuted for an assortment of offenses, often involving drug abuse. 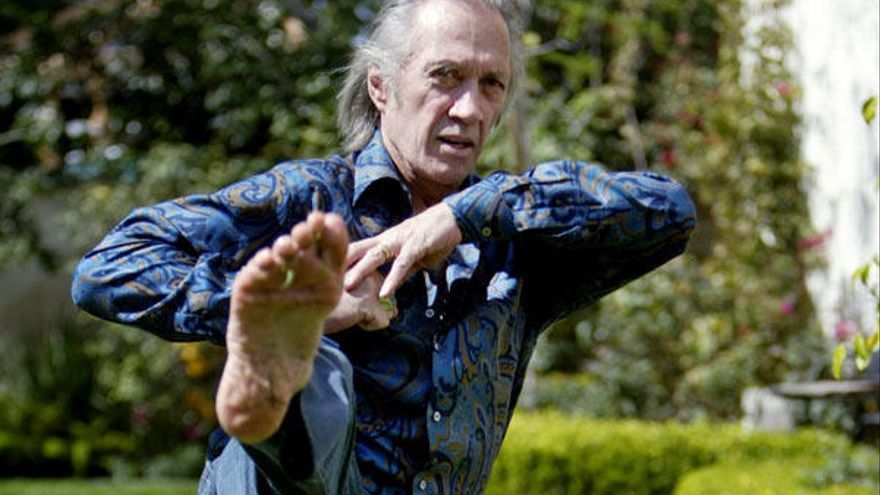 How Did David Carradine Die?

The Thai authorities were the first to conduct the autopsy on Carradine shortly after his death and reportedly said it would take a month to determine how he died, though the police colonel confirmed it to be asphyxiation. During the early investigation, the local police thought the occurrence to be a suicide, having seen the hung body of the actor, which was published as a graphic photo by the Thai newspaper, but suicide was soon ruled out when New York-based forensic pathologist Dr. Michael Baden was hired by the Carradine family to conduct a follow-up.

The examiner and the family confirmed that the star must have died from accidentally suffocating in a lone sex practice known as autoerotic asphyxiation. The case was closed in 2009 on a mysterious note, with the court agreeing with the same coming as a revelation to all his fans, having then known his taste for dangerous sex.

When all seemed quiet and rusty, actress and former wife Marina Anderson came out of the woodwork in 2010, claiming her ex-husband had been murdered while she published her memoir David Carradine, The Eye Of My Tornado. Marina also talked about appalling details of Carradine’s life, including his affair with a younger relative in his family during his marriage to her and also his previous wife, Gail Jensen. She said that though the incest was the cause for their divorce, she always loved him and knew he would not kill himself, nor would he ever “fly solo” since “David liked participation.” 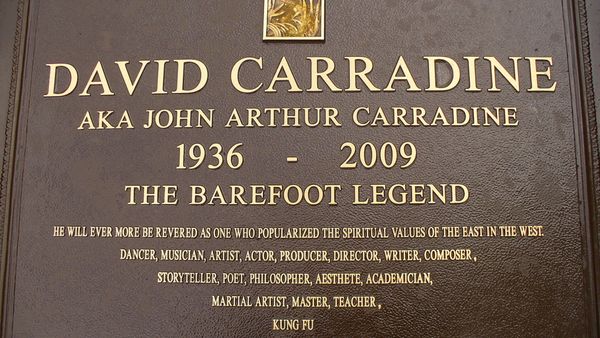 The grave of David Carradine in Hollywood Hills

She hypothesized that he might have been murdered because of his habit of keeping valuables on himself. “Maybe someone would want to do that for money”, she said. She believes he was targeted by the killer whether the killer invited themself or Carradine did. On another bizarre note, the Carradine family attorney, Mark Geragos, blamed a secret sect of kung fu assassins, stating the actor had been attempting to uncover martial-arts underworld gangs on Larry King Live.

What now that the Legend has died?

Many who pondered upon the enigmatic circumstances under which David Carradine’s death occurred, including the host of cable channel HBO’s “Autopsy” series, who said the ligatures on the actor’s body were proof enough to rule out suicide. The star’s widow went on to file a wrongful death lawsuit against MK2 Productions, settling for $400,000 for her husband’s death. But is it to be or not to be? Accident, suicide, or murder? Thirteen years after David Carradine’s death, that remains to be the question.