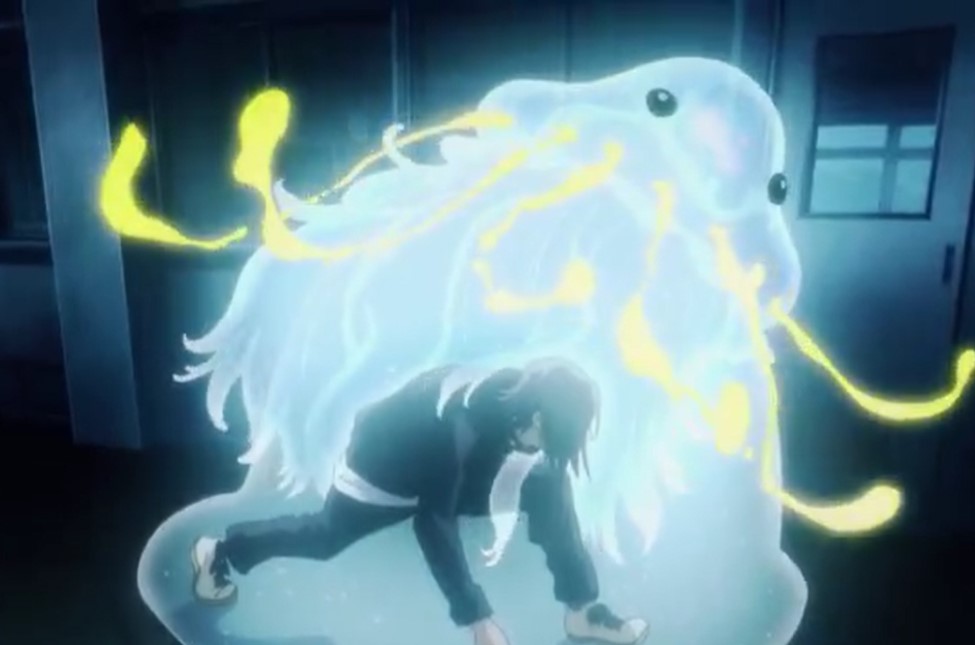 Getou and Mahito went away from the battlefield when they are outside Mahito reveal how he plans to use Junpei so that they can get Yuji. He also said that he will cause Yuji and Junpei to class and force Yuji into a pact giving Sakuna dominance. Getou is glad to hear that and said he wishes Jougo was clever as Mahito. Earlier, Yuji calls Kento that he is going in and Kento said he can’t since he told him everything this morning.

He said that if the veil has been cast there’s a strong likelihood he’s both alive and at Satozakura High School.  Kento tells Yuji to wait there for him since there are some monsters that he has to deal with. Kento realizes that Yuji won’t stop to enter the class and save other students, he then decided to leave everything in Ino’s hand. Meanwhile, Kyotaka shows up where Yuji is. He said that it is their duty to protect other students and Yuji realizes what he meant.

Jujutsu Kaisen Episode 13 will be released on Saturday, 26 December 2020, at 1:25 AM JST. Note that this Anime will release its new episode every Saturday. For some countries it will be on Friday we advise you to change the time to your local time. Watch this Anime officially on Crunchyroll and Netflix. Watch out for the spoilers of the next episode let’s take a look at the updates below.

Kyota reveals that he won’t allow Yuji to enter since he doesn’t want to make the same mistake again. Yuji manages to pass Kyotaka who stands like a statue and let Yuji gets inside the classroom. Later Yuji finds Junpei killing students inside the classroom and he is shocked since he knows that they have become best friends. Junpei tells Yuji to stay out of his business. Yuji started clashing with Junpei who blocks his attacks using Moon Drago.

Yuji realizes that Junpei uses a jellyfish Shikigami to repel his attack away. Also, the blunt attacks won’t work when Junpei is inside the jellyfish Shikigami, they will keep on getting repelled. Junpei tells Yuji that he is saying it for the last time ” stay out of this, jujutsu sorcerer.” Mahito’s plan seems to be working since Yuji will be forced to use Sakuna. The two started to exchange words and attacks and Yuji got trapped inside Shikigami.

Junpei told Yuji to sleep when he gets back to continue taking care of something. While he is leaving he realizes that Mahito told him that his curse is poisonous. It makes his Shikigami secrete it from its tentacles but he will learn to control it. Mahito also told him that he will learn to control the size and strength of his Shikigami, as well as the potency of his position. It will take time for a normal jujutsu sorcerer to learn it.

When Junpei looks back he finds a hand grabbing him by his collar. The voice said who are you making excuses for. It is Yuji who borrows some powers from Sakuna. He started to brutally beat Junpei and send him flying over the window. Junpei is wondering why his Moon Dragon won’t work on Yuji since he doesn’t know that Yuji can summon Sakuna’s powers. Junpei tries everything he can but he couldn’t stand a chance.

Yuji continues to sned him flying using his punches telling him to get on the right path. Yuji manages to touch Junpei’s heart using his words. Suddenly Mahito shows up to fuel the fire as his plans were about to fail. He couldn’t wait, he started attacking Yuji. Yuji manages to get out of Mahito’s trap and started defeating the monsters that Mahito is summoning. As the battle continues Yuji gets angry and said that he will kill Mahito.

Mahito laughs at him, asking if he means he will exorcise him. He licks the blood that was covering his mouth and realizes that Yuji is not concerned about himself he worries for other’s safety. Mahito then realizes that Getou has forbidden him from forcing Yuji into an external pact using hostages. Mahito thinks that if he transforms all the students including Junpei into the monster it will make Yuji turn into a real form of Sakuna.

If Sakuna takes charge of Yuji’s body he will side with them Mahito is not aware that Yuji has made a contract with Sakuna of not hurting and killing humans and he is only allowed to host his body for few minutes. They got involved in a fierce battle and Mahito witness things he never saw before. He manages to communicate with Sakuna who calls him a fool and that he must know his place.

Yuji manages to brutally defeat Mahito who can’t believe that Yuji and Sakuna have become friends. After being defeated Kento shows up again and Mahito regenerate. Yuji told Kento that he only failed to save two students but others are unconscious inside the gym. Yuji and Kento decide to battle Mahito in a 2v1 battle. 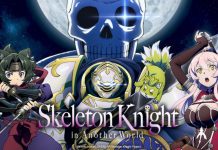 Skeleton Knight in Another World Episode 8 Release Date: Who is the Young Woman?