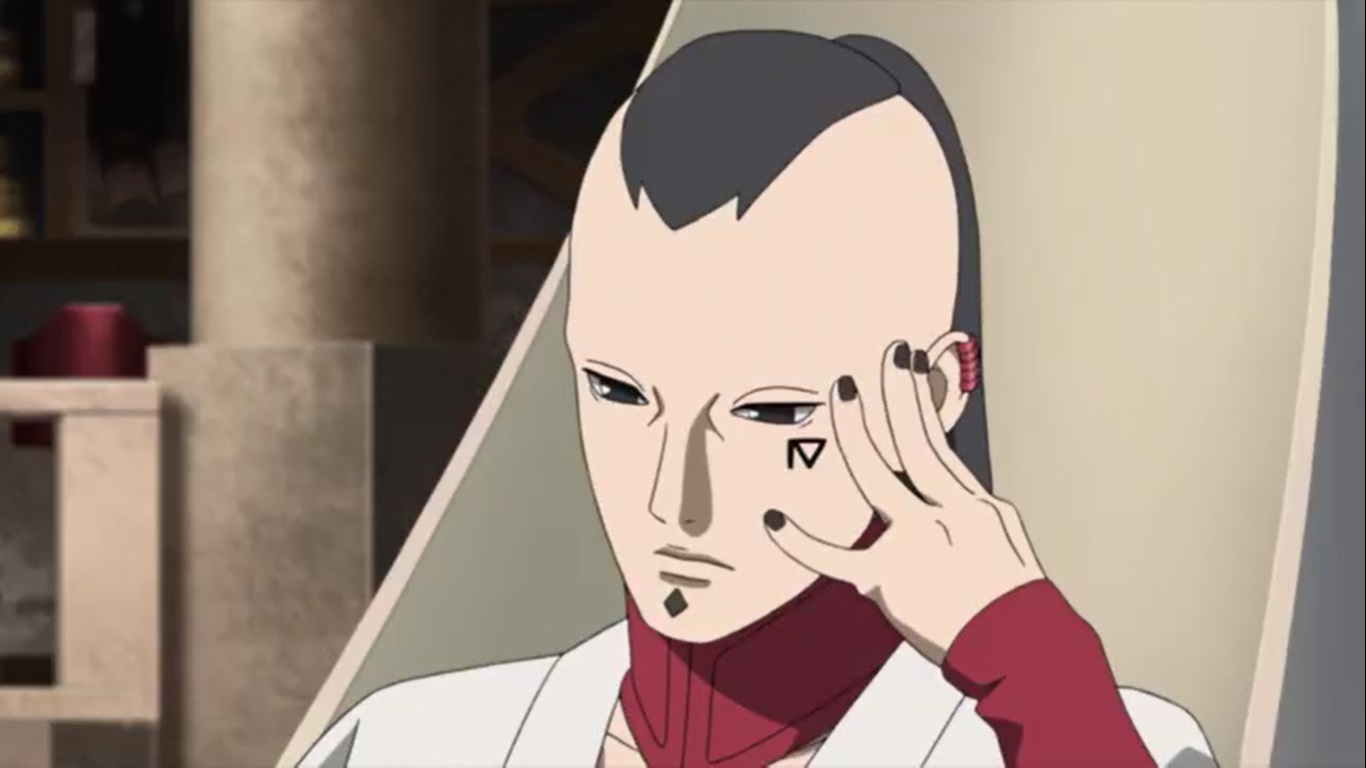 Boruto Anime has recently introduced Kara arc, and it has released a few episodes centered around the organizations. Right now, the real intention of the organization is not yet evident in the anime. But as new episodes are released, we get closer to finding out more about what Kara is all about. In the recent episode of Boruto anime, th members of Kara made cameos with the upper echelons appearing in silhouette at first.

As the arc develops further, more and more members showed up, and now the latest episode. Boruto: Naruto Next Generations Episode 181 revealed the full members. In the last episode of the anime, the vessel was ready for field testing, and it was scheduled to move. On the other side, Victor was scheming to steal the vessel and offered to transport it with his airship.

Things did not go his way when some technical errors caused the ship to crash. It appeared that even he is not aware of what caused the cars, and in the latest episode, he was killed by Kashin Koji. Jigen became aware of his schemes and had sent Koji to deal with him.

Boruto anime will continue with its weekly episodes over the weekend with the release of Boruto: Naruto Next Generations Episode 182. The recent developments in the anime saw the entire leaders of the Kara organization coming to light. Sasuke has revealed that the organization is a secret organization within a hidden organization. This makes things complicated. And way more challenging to locate the organization, let alone find out its objectives.

Kara’s plans are now delayed as the airship transporting the vessel has crashed. Jigen has indicated that the crash is still within the organization’s margin of error. So this will not delay their plans. They have laid out to be simple, that they will retrieve the vessel without any interruptions. Then their goals will be back in motion. This time they know that bloodshed is inevitable. Jigen had told Koji to eliminate anyone who sees the vessel and told him not to leave evidence. This means that Koji will be like a killing machine killing whoever witnessed the action.

The organization is following this strict rule to ensure that they don’t get noticed. But ironically, this made them more visible than before. We managed to see all of Kara’s leaders at this time. You can call them the inners, and the outers might be vast such that we might not get to see all of them. The organization convened to discuss matters on the retrieval of the vessel. And now Koji is on the move to retrieve the vessel since it crashed right within his jurisdiction. Victor is no more, and we also got to see Jigen talk with Amando.

They seem to trust each other a lot, as when Victor berated Amando before Jigen, he put Victor in his place and defended Amando. Later we saw them talking about their plans and how everything else is proceeding. The inners seem to trust each other a lot. And the rest of the members also revere Jigen except for Victor, whose plans have been known. Now deemed a traitor, he is no longer a recognized member and is likely to be dead.

So far, we are not yet sure of Kara is an organization based on any relationships the inners share. Or if it is because they have similar objectives and decided to band together. But now we know they seem to trust each other a lot. In the upcoming episodes, we will see a lot of Koji.

Kashin Koji on the Move to Retrieve the Vessel

Maybe he comes from Konoha or Land of fire as he has revealed that fate always brings him back to the village. We also saw him use an advanced fire-based Jutsu. And we also know such proficiency usually comes from the land of fire shinobi since it is their natural affinity. Now that we have seen all the inners, we also know what they are after. The fact that Konoha Shinobi are there means that they will be fully coming to light.

Konohamaru and Mugino will likely encounter them in the upcoming episodes. And this means that it is just a matter of time before it reaches the office of the Hokage. We are yet to find out what the play will be after this. Because right now, the biggest threat to the village is the existence of Kara. So this is a priority, and we will also see how the leaf village responds.

There has not been much action in the anime lately for quite some time. We are yet to find out if the leaf will respond with full force or if Mugino and Konohamaru will handle the situation for now. Either way, things will get exciting episode by episode. Those who follow the manga know how things will be playing out in the upcoming episodes. But let’s leave that as a matter for another day as this time the focus is no what the anime has released so far.

More updates will be coming on the next episodes. But it looks like the anime won’t go straight to the crash site. So it will track development on the other end. And we can already see things developing and coming together. Kara seems to use complicated jutsu for communications. And it appears that it is way advanced that Konoha can anticipate at this time, which explains how they managed to stay hidden for too long.

And also used an untraceable genjutsu at Katasuke that controlled him for months. Now we wonder what else they have in their arsenal. They seem to have a team balanced and an excellent scientist on their end, Amando. So far, we are not yet aware of what the other members can do as the anime has not yet revealed their powers. And it’s interesting to wait to see how Konoha will respond to all of this.

Fort the latest updates on anime and Manga, you can also check out our Weekly Anime news. You will be able to see the schedule for the anime and mange releasing this week. Some will be ending their breaks, while some will be making their debut. Let’s wait to see how the anime develops as it is just a matter of time before we see the fight between Konah and Kara in full force. The anime’s latest episodes are also available for streaming on Crunchyroll and Funimation for both subbed and dubbed episodes, respectively.