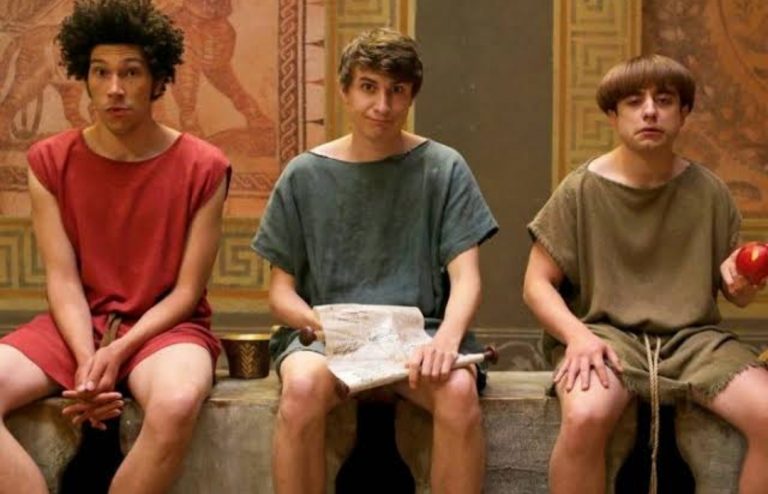 Plebs is a British comedy TV series that revolves around three men who are desperately in search of a girlfriend. They hold down their jobs and try to improve their social life in the city, which in ancient Rome. The show first came out in March 2013 and has been produced by Tom Basden, Caroline Leddy, Sam Leifer, and Teddy Leifer. All five seasons have got very popular among the fans, and now everyone is asking about the next season.

What is Plebs about?

The show has continued to give high-quality comedy with five episodes in each season. The last episode came out on 11 November. Fans are exciting about the next season. Actor Tom Rosenthal and Jonathan Pointing shared their views that they would like to work in the show forever. They love their work of being silly and getting paid for that. They praise the writing for being wonderful.

The show focuses on the men trying to get a girlfriend in ancient Rome. The show is unique for applying modern concepts in a historical seeing which comes along with a comical theme.

The show is not yet renewed for the sixth season. We will update this part as soon as we have confirmation.

No, the show is not yet canceled, so we are hopeful for the next season.

When will Plebs season 6 come out?

Plebs Season 6 is expected to release in early 2021; that is, if the show is renewed in the coming months, as of now, the show has not been confirmed. The last season came out in August of 2018. We have to wait around five months till we get any news on it. Stay tuned to get news on this. Fans have really appreciated the show, and the reviews and ratings of the previous five seasons are evident about how much support the show has received. Hence, it seems very likely for the show to get another season soon.

Who is the cast of Plebs?

The main protagonists include Tom Rosenthal and Jonathan Pointing. The actors have already expressed their desire to continue the show and how much they love their comical roles. In fact, they shared that they love to act silly on the show, and being paid for it is like a dream. The other casts include Tom Basden, Ryan Sampson, Karl Theobald, and others.