The Father Review: A Painful Story About Dementia 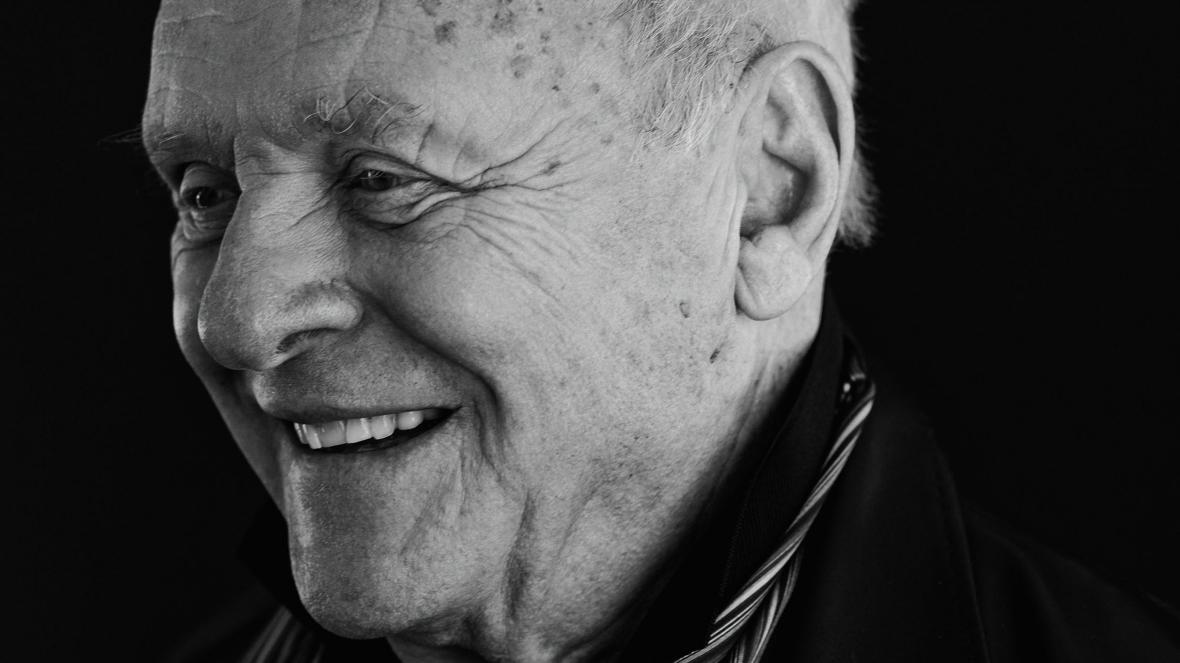 The Father is a 2020 drama film directed by Florian Zeller. The film is co-written by Florian with Christopher Hampton. This French-British co-production is based on the play La Père by Florian Zeller himself. It stars Anthony Hopkins, Olivia Colman, Imogen Poots, Mark Gattis, Rufus Sewell, and Olivia Williams. The film is about an aging father’s cognitive struggles with dementia.

The Father premiered at the Sundance Film Festival on January 27, 2020. Its UK release date was shifted from an earlier one to June 11, 2020, due to the pandemic. The critical reception to the film has been tremendously positive. Critics have loved and praised Hopkins and Coleman for their heartfelt performances. The film has also received critical applause for its creative get a true depiction of Dementia. The film is also a shoo-in for the Golden Globes with 4 nominations, including one for Best Motion Picture – Drama.

The Father is a truly heart-wrenching film about the tumbling relationship between a father and his daughter. The father (Anthony Hopkins), is suffering from dementia and lives a volatile life, becoming a stranger to his kin. With memories coming and going like tides, changing faces, and consequent volatility, Anthony’s mind is betraying him. He can’t tell apart things, or faces, or anything. Anthony lives a persistently anxious life, being unable to distinguish one face from another. People, to him, seem to be changing their identities, and their names. Hopkins brings an unmatched performance as a dementia-ridden patient whose sanity keeps falling, as are the relationships surrounding him. The viewer is as much a part of this ever-shifting and perplexing world, as is Hopkins’s Anthony.

A Painful And Perplexing Story

Anthony can’t seem to keep the past and present separately. His daughter doesn’t seem to keep one face or identity at a time. His grip on time, people, or transients, is slipping ever so often. Sometimes, he can’t find his watch, at other times, he encounters a man in his own house that he doesn’t know at all. His daughter Anne (Olivia Colman) seems like a whole different person sometimes, played by a different actress (Olivia Williams). He can’t believe it when the strange man in the house claims to be his daughter’s husband. Anthony is confused, because his daughter is already divorced, or is she? The man also changes faces. This jumbled sequence of unreliable events and identities makes for a terrifying experience, both for Anthony and the audience.

Amidst this confounding puzzle of strange faces and time-skips, Anthony clings on to his watch. His disorientation makes him believe that “something funny is going on”. Mornings seem to change into midnight in a blink of an eye, and time seems to be moving in any which way but a line. These sudden and erratic changes in the chronology of events and appearances make Anthony charming one minute, and cruel the next. And these constant shifts in behavior and personality are magnificently depicted by the great Hopkins. And we as the viewers are his company during this psychological struggle, just as clueless as he is. As the story starts unraveling and things start making sense, it is not comfort but a terrifying and sad realization.

Contending With Dementia, The Father Is A Story Of Crumbling Relationships

Olivia Colman plays Anne, Anthony’s daughter, swerving through her father’s psyche along with him. She plays up the part, maintaining a smile through her tears and exuding patience when she’s broken on the inside. She is warm and caring towards Anthony, putting up with his changing moods and temperaments. Anthony can be utterly vulnerable at times and others, a cruel parent. Anne tries her best to contend with her ailing father. At times, Anthony would snap at her, insult her, or say how her younger sister was always his favorite. Olivia brings a warmness to her role and an achingly felt performance. As the walls of cognition and memories crumble for Anthony, Anne devotes herself to his care. This has adverse effects on her marriage, as is revealed through her husband, Paul’s interactions with Anthony.

The strange man that Anthony finds in his home, is Anne’s husband, Paul (Mark Gattis). He is not so much empathetic to Anthony’s condition as Anne. It is revealed that the fabric of the relationship between Anne and her husband is ruptured. Paul’s resentment towards Anthony becomes apparent in the scene where he asks him if he wants to continue ruining his daughter’s life. With a stranger claiming to be his daughter’s husband and then him changing his identity too takes a toll on Anthony. Hopkins portrays his falling out with absolute mastery. His approach to this role involves a bit of physicality and bodily mannerisms – something his previous roles haven’t required much. There is stern and sad, vulnerable and cruel, and charismatic yet aching quality to his performance.

Florian Zeller has done a tremendous job adapting his play to the big screen. The confined space within which the film takes place is very reminiscent of a play. The style, the dialogues, and the stupendous screenplay are the biggest draws of the film. Zeller has successfully translated his award-winning play into an equally brilliant film. The direction, although not as technically creative, is still top-notch. Anthony’s deteriorating psyche is depicted surreally, yet in a very real and believable way. One of the film’s successes is making the viewer a company to Anthony’s debilitating mental health. You go through the same confusion borne out of non-chronological shifts in time, space, and identities, just like Anthony. This empathetic experience is helped made possible by the great direction by Zeller. Adapting a play is always a difficult task, but Florian excels to make for a string debut.

The Father is heartbreaking, tugging at the heartstrings of the audience, whether they’ve had experience with a dementia patient or not. Dementia is a truly dark and dreaded aspect of aging. A cruel disease, it makes people forget even their immediate loved ones. Details about nearly everything get muddied and blurry. There are only fleeting moments of recognition. Dementia makes people lose track of the past and the present, knowns from strangers, and even daily life transients. And this discombobulating and disorienting condition is immaculately portrayed by Hopkins in one of the best performances of his life. Dementia doesn’t just cause a lapse in memory but contributes to the panic and anxiety that he feels. Anthony can be seen blaming others for stealing, which had already made one caretaker leave the job. This results in sudden outbursts of cruelty or anger amidst a fine and jolly mood.

This accurate and unsettling film is supported by great performances by a stellar cast. While Anthony delivers one of his best performances to date at the age of 82, others are not behind. Olivia Colman beautifully portrays a daughter that is torn between caring for his father and saving her marriage. Her performance deserves just as many accolades as does Hopkins’. The film utilizes a clever casting of Olivia Williams, to play Anne that Anthony can’t quite recognize. It is clever because both Williams and Colman resemble each other, making the confusion more prominent. Anne’s husband is played by Mark Gattis and Rufus Sewell. While Mark plays a more disapproving husband, Sewell’s performance brings bitterness and anguish. His screen-time is not long but perfectly showcases how the marriage has been falling apart. Imogen is charming as ever as Laura, a potential caretaker for Anthony.

The movie plays out from Anthony’s perspective, which makes it more accurate. We’re witnessing the confusing events play out in the same way Anthony perceives them. This, I think, makes the film believable and not gimmicky. It feels like a sincere depiction of someone going through dementia. The amazing performances by the actors only help lend more credibility to the story and characters. For a debut, Zellers and the company have made a remarkable film about a human condition that’s rarely talked about. The film deserves all the recognition and accolades it can get – looking at you Oscars!