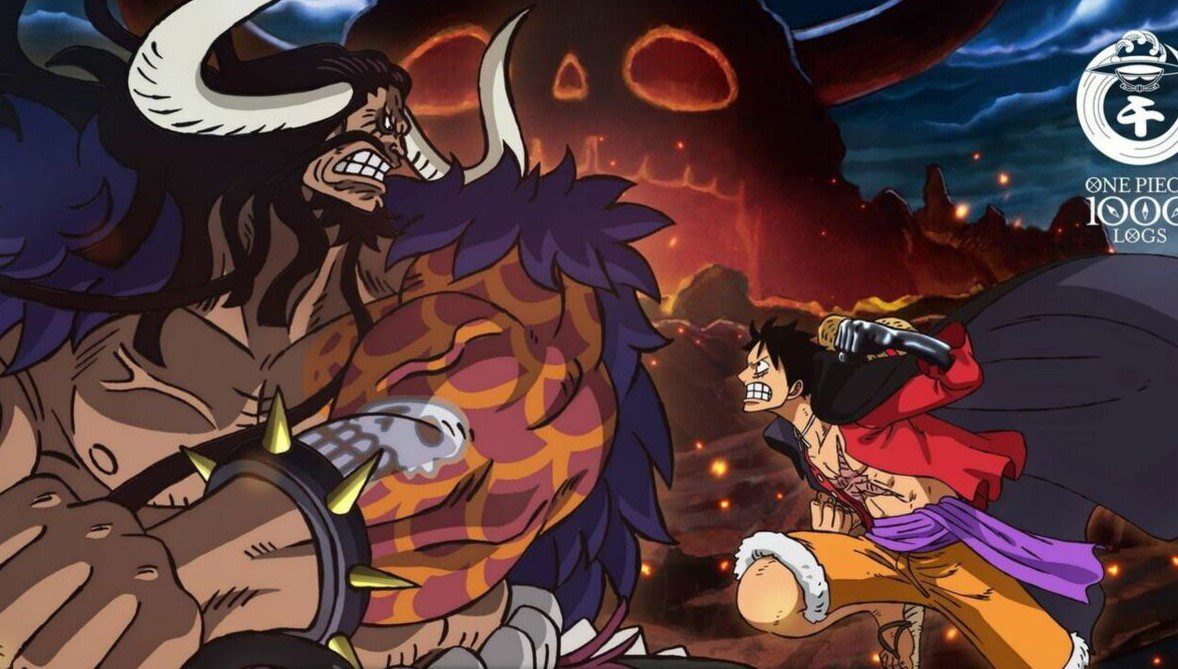 Even though the Wano Arc seems to have reached its end with the defeat of Kaidou and Big Mom, there are still a lot of unresolved issues like what happened to Kaidou, and also we need to know if he is still alive. For now, the series is not paying much attention to them. Because once defeated, the scene would shift to the nest person.

This trend started all the way from the defeat of the Tobiroppo, and not many of them have appeared ever since. We have not seen even a single one of them, and all we know is that after their defeat, they are likely still stuck somewhere in Kaidou’s mansion.

But from the latest chapter of the manga, we got to see Admiral Ryokugyu apprehending King and Queen, so that would likely be their end. Ryokugyu was at the fallen Onigashima mansion, and that is where most of the defeated headliners lie. It is not clear if any of them managed to recover. But we will likely get updates from the manga when it returns from its one-month break.

We are still not sure what Ryokugyu is up to at this point, but we have already seen him absorbing King and Queen. Ryokugyu’s powers are still a mystery because we have no idea how they work. But for now, we know that, at the very least, they are plant-based, and he can use them to absorb things just like we saw when he did it to a barrel of Sake. Then, later on, he moved to do the same thing to King and Queen.

When it comes to Kaidou, we are yet to get more information on what could be happening. So let’s take a detailed look at his last appearance in the manga.

What Happened To Kaido?

Kaidou’s defeat and his last appearance have been similar to what happened to Jack back in Zou. When Jack was knocked deep and unconscious into the ocean by Zunesha, we all thought that it was the end of him. But somehow, he turned out to be well when he appeared next. So someone must have rescued him because due to his devil fruit powers, it meant that he had no ability to swim.

Now Kaidou is in a similar situation, he was knocked to the ground by Luffy and made it so deep he ended up reaching the volcanic chambers. But since we still don’t know much about Wano and its morphology, then we can’t be sure what happened to him next. What we have learned from Jack’s defeat when he fell into the ocean is that the Zoan-type devil fruit users seem to be tough and durable.

Jack survived being deep in the water for a long time until someone helped him out. But since he is also a Fishmen, then it might have helped him a bit since being in the water did not necessarily mean that he would be unable to use his gills for breathing.

Looking back at Kaido’s situation, he was knocked deep in the hot magma. But we already know that Kaidou’s skin is very tough, and not even one of your extraordinary sword-like Enma could hurt him without effort because it took Zoro embuing his Hashou haki to enma for him to be able to scratch Kaidou.

Even when not transformed, Luffy’s most powerful attack could not even scratch Kaidou, and it was not until Luffy mastered Haoshoku Haki that he was able to hurt Kaidou. So a mere volcano might not be life-threatening.

Knowing what Kaidou had been through when he was still attempting suicide. It would be difficult for him to die in the volcanic magma that he ended up in. But we should also account for the damage that he took from Luffy’s attacks. Surely his tough skin would protect him from the magma. So all rests on the damage that he has received from Luffy. 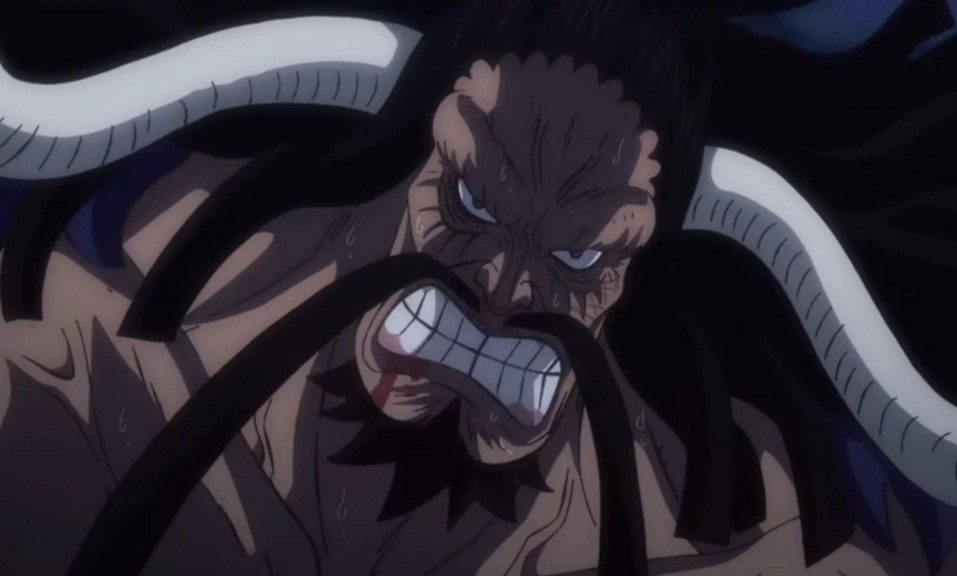 The only way Luffy was able to hurt Kaidou was through bypassing his tough skin and using advanced Busoshoku haki to destroy him from within. While the best that Zoro’s Haoshoku haki embued swords could do was open a few wounds. It was still evident that Kaido’s skin was very tough. And like a dragon model, then his powers would likely have some heat-resistant characteristics with them.

Most of the damage that Kaidou received was internal. This would explain why there was no apparent wound on his skin except for the one that Zoro left him with. So the volcano does not pose to be a life-threatening thing right now. Kaidou is likely to be alive, just like most of the characters that Luffy once defeated.

So it won’t be surprising if we see him later in the series. But what has become of him after his fight with Luffy will be crucial. Because we still need to see what he will be up to afterward. The main purpose of the raid was to chase Kaidou out of Wano. And now that he has been defeated, one can wonder what will be his next move.

The Wano borders are still closed, and the fleet admiral Akainu wants nothing to do with Wano for now, so there won’t be much interference from their side while Ryukugyu has hinted at the chaos in the outside world.

What Will Happen To Kaidou After His Defeat?

The outside world seems to be in chaos because there are still unrevealed events from the reverie and news about what could have happened to Sabo. Then Buggy became one of the Sea emperors, and we have no idea how that happened. So a lot of things have happened in the outside world while the Onigashima raid was still ongoing. 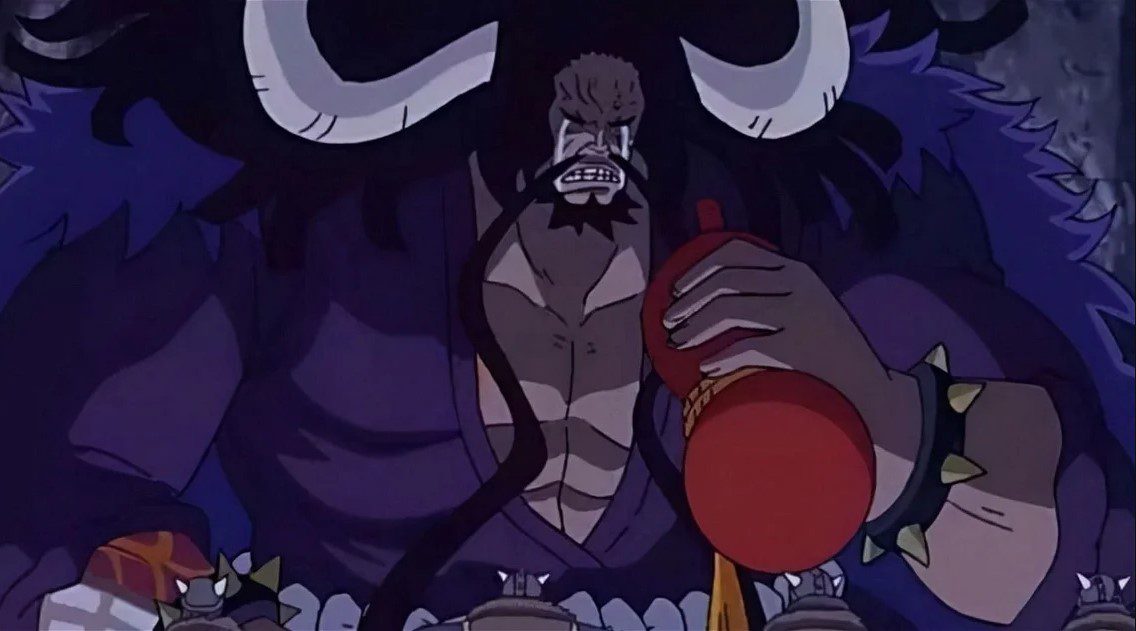 The last time we saw Buggy, he was revoked of his warlords and was being hunted by the Marines. Then the next thing we know, the Marines have listed Buggy as one of the Yonko. This means that a bad outcome happened on the Marine’s hunt for the former warlords, and that is one reason why Ryukugyu said that the outside world is a mess and the Marines have no time to pay attention to what has happened in Wano.

As we get back to the issue of Kaidou’s defeat, then it is a bit difficult to figure out what exactly happened to him. So Oda really has us in the dark here, and the only thing we can do is to wait and see what Oda has in store for us. But knowing him, it is likely that we will see Kaidou sometime, and we are very curious what he will comment on his defeat and on the emergence of the new Yonkou.

Knowing Kaidou’s character, he seems to be a man of great quality despite the way he treats other people. His worldview seemed to be that of a visionary, and he understands how the world works very well. Now to hear the words of defeat from such an individual would be something that most of us are looking forward to.

The Impact of Kaidou’s Defeat

Kaidou’s defeat marked the end of the four Yonkou’s era as the supernovas dominated the pirate world. As we know, the original Yonkou are all replaced as only one of them remains. So we should look forward to how the former Yonkou Big Mom and Kaodou will live on as their dream of obtaining the One Piece seems to have gone along with their defeat. 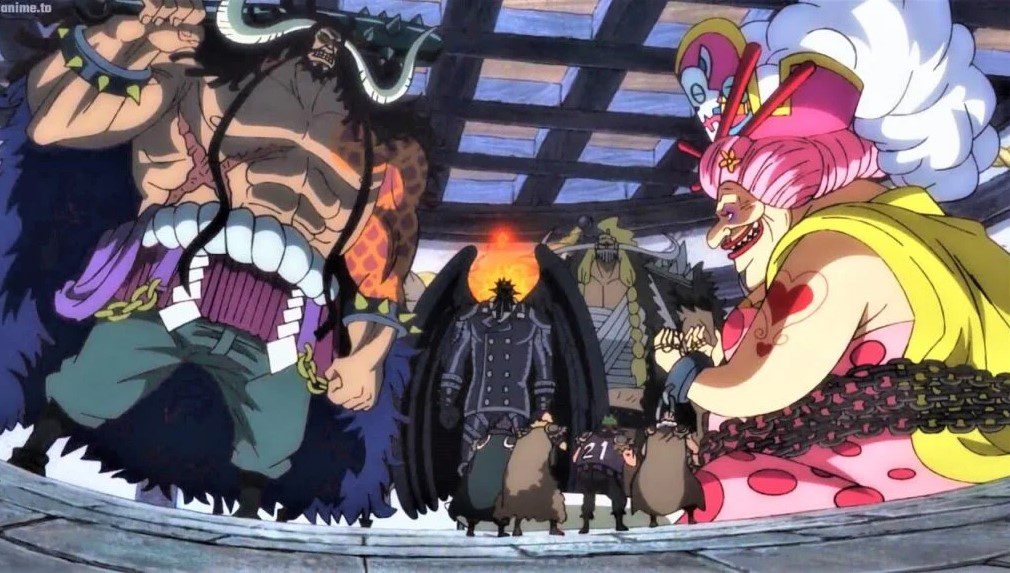 But as soon as Kaido’s survival is confirmed, then a lot of things will come into play. We also know that Kaidou was a lab rat of the world government, and they have performed a lot of experiments on him. So should he end up in their hands, they will likely keep him captive for whatever reasons they might have.

More interestingly, we should look forward to the manga coming from its break because there’s seems to be big news on the Horizons. Since the wano Raid is now out of the way, the Strawhats banquet will come to an end then we will get to see the aftermath of the battles and what has been happening in the outside world.