Interested in Nirav Tolia’s Net Worth? You are at the right place because, in this post, we will talk about the Nextdoor co-founder’s finance and necessary details. Nirav was born to Nalin and Kamal Tolia in Texas in 1973. Nalin and Kamal are of Indian origin and are one of the first doctors from the Indian community in the US. Nirav completed high school at Odessa’s Private High School and moved to Stanford University for further studies.

He graduated from Stanford with a master’s in English Literature and studied Physics. After graduating, Nirav pursued a lot of jobs in the technical field before he got into the whole business idea. He was always passionate about working hard and taking things to their deserved level. While in college, he loved music and became the manager of his singing society, which ultimately got him to Yahoo.

Nirav got married to his long-time girlfriend, Megha, who graduated from Harvard Business School, and for some time, was the president of Shondaland. During her time with Shondaland, she oversaw the operations, growth, and finance of the company. Together, Nirav and Megha have three sons, and the family is reported to live in California. Here’s how Nirav made it to where he stands today.

Nirav’s career began with the position of Associate Producer and Surfer at Yahoo! He joined Yahoo! (May 1996) when it was at its very initial stage and became employee No. 84. He met the company’s founders at the award ceremony where his singing group won the Grammy for Collegiate A Cappella. While being a part of Yahoo, he co-founded Round Zero in June 1997 and became its president.

Round Zero was a community of entrepreneurs and, in my view – one of the best foundations ever. He left Yahoo in 1999 and, in the same year, co-founded Epinions. Just after a year, he was promoted to the position of CEO at Epinions. It was a product review site, and at that time, their business model wasn’t solid; hence the company started taking losses initially.

In 2003, Epinions was brought by Dealtime, but the amount was never disclosed. Nirav took over the position of CEO of the newly made Shopping.com. He left after a year, and later on, in 2005, the company was purchased by eBay for a whopping $620 million. In 2008, he co-founded Fanbase.com and served as its CEO till 2010. 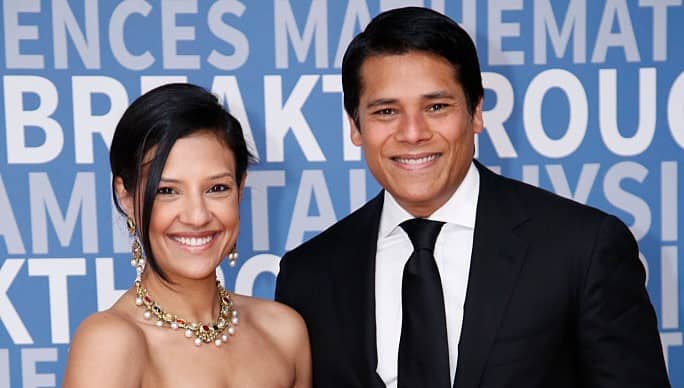 The financials he saved from all his deals and endeavors helped him start Nextdoor, his biggest company. Nextdoor is a social media for your neighborhood and is available in 11 countries. He helped build the strong foundation that Nextdoor has until 2018, when he decided to leave the CEO position and become a member of the Board of Directors. According to online feeds, the latest estimated net worth of Nextdoor is around $840 million.

According to his LinkedIn profile, he is also a member of the Board at Palmetto, N26, and Bestow Life Insurance. Being such a devotee of co-founding massive companies and ideas, he was invited to Shark Tank.

Nirav Tolia’s latest net worth is $50 million, with a yearly income in the approximation of $5 million. Despite his numerous companies and job positions, his net worth is quite low, not what many would have expected. Nextdoor is definitely the contributor, but besides this, it is believed that his shares at Shopping.com were worth nearly $20M.

Most of the deals of the time were and are still bordered, therefore, it is hard to say if that’s true. Besides this, he was also trapped in a lawsuit, which got settled without the terms getting disclosed. It is also believed that when he left Yahoo, he had $10M in unvested stocks.

His expected yearly income of $5M comes from Nextdoor, other Board positions, and his numerous investments, which he has been doing since early 2004. A few of his best investments are Stack Exchange, Quora, Clubhouse, InstaEDU, Zillow, and Minted.

Nirav was invited as a guest Shark in Shark Tank Season 13, alongside Kevin Hart, Emma Grede, and Peter Jones. They were all invited to advise and help the Sharks figure out more easily. While at Shark Tank, he made investments in SOAPEN and Hello Prenup. As you might have figured out already that he is hardworking, passionate, invested, and experienced, so let’s wish that he helps more individuals and startups out there to reach greatness.