Preview and Recap: Suppose A Kid From The Last Dungeon Boonies Moved To A Starter Town? Episode 7 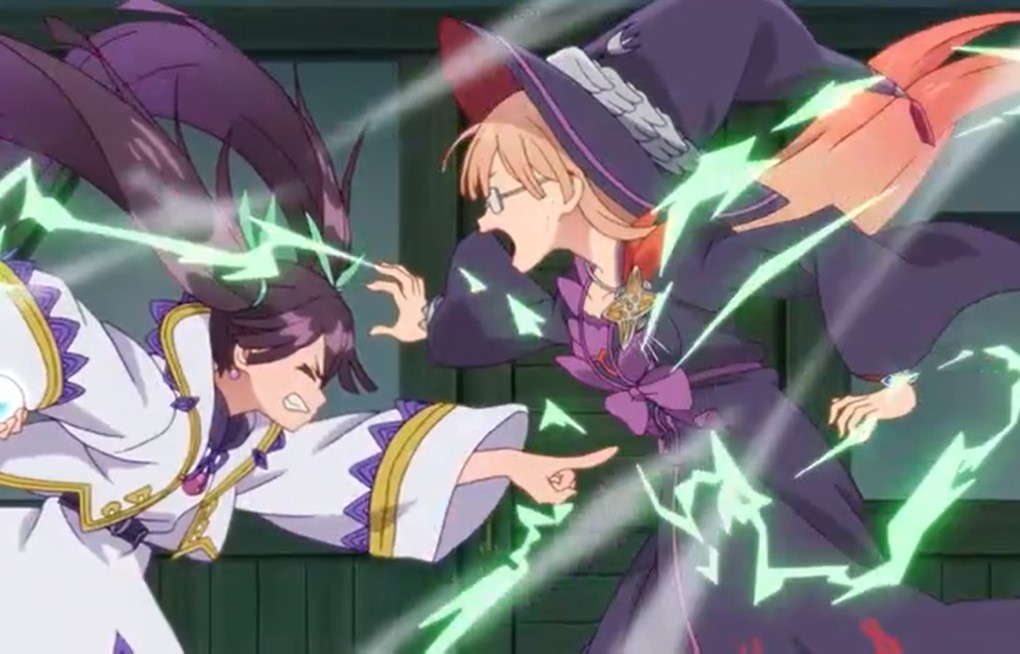 The Interschool Match is about to begin while Riho is worried about the Holy Sword. She picks up her teacher by his collar, asking him why the Sacred Sword is doing here. Selen whispered at Choline that Rhiho’s prosthetic arm is hurt. Rol comments that she will go back to be a student and win the competition by herself. She left the room, saying that she is ready for a kill. Choline comments that she will have to put Lloy in too.

They bent the rules first, and if they cheat, her squad will also cheat. Selen is glad that she is fighting alongside her crush. Riho asks Choline to teach her healing magic. Meanwhile, Alka and Maria are fighting over who will go to see Llyod participating in the completion. Alka scares Maria, telling her she will curse her, and she uses a spell that will give her a stomach ache every ten minutes.

Suppose a Kid from the Last Dungeon Boonies Moved to a Starter Town? Episode 7 will be released on Monday, 15 February 2021, at 10:00 PM JST. You can access more updates on AnimeLab and Funimation.

Alka left Marie, telling her if she apologizes, she will undo the curse. Marie cannot believe Alka used runes for such petty reason again. Marie could not go out since she has to return and go to the restroom whenever she steps out of the house. At the same time, the competition has finally begun. It has been announced that the participants will fight one on one. The first team to win twice wins the match.

The fighters are allowed to equip anything for defense but may only attack with magic or item like staves and magic stones. Physical attacks like punching or kicking are prohibited. It will lead to immediate disqualification, and Rol comments that Lloyd is weak he will take on him. Rol, Mena Quinone, and Phyllo Quinone are facing Selen, Riho, and Lloyd. Selen comments that Riho will find out about Lloyd’s powers.

The first duo participant is asked to step forward; it is Sele vs. Quinone. Selen wants to make Quinone paying for touching Lloyd before the competition. Selen comments that her belts will protect her from every attack. Quinone attacks with thunder and her belts did not react. Selen dodges the attack wondering why her belt is not watching her. Quinone fires multiple invasions of Flames, but she keeps on running around the battleground.

Quinone unleashes the last thunder blow coming from the sky, and Selen thought she is finished. But her belts blocked that thunder away and left the crowd stunned. Selen started to tease Quinone that she manages to tame the straps. When Quinone attacks, she stops her attacks like a person who is dancing. Selen attacks with a counterattack and wraps Quinone’s body with her belts. Selen did not realize that she made physical attacks.

The ref raised his hand and said Selen is disqualified when she wanted to finish Quinone. The ref told her that using her belts is against the rules, and Quinone is the winner. Choline comments that a loss is a loss; they must not dwell on it. Mena steps forward and comments she never thought that she would be fighting Lloyd. Lloyd comments that ” let’s have a good match.” Mena realizes that Lloyd was able to defeat Quinone without touching her.

Mena attacks Llyod with Aqua wall thinking that she will make Llyod suffocated. But Lloyd diverts that attack back to her, and she fell out of the battleground. The last contestant steps up its Riho vs. Rol. The two exchanged powerful flame magics, and they are both even. Choline notices that Rol is trying to make Riho run out of magic. Riho just away from the radius of the spell. Rol comments that she will land a final blow, and she will nullify it.

Rol took off Riho’s prosthetic arm for Riho not to be able to fight back. Riho smiles and comments she has been waiting for Rol to get closer to her. In a closer range, Rol loses has let her guard down, and Riho realizes it. Riho landed a blow that sent Rol flying. Rol cannot believe that Riho can use healing magic. Riho defeated Rol using a tidal wave, and she collapses, blowing some bubbles from her mouth.

Rol wakes up at her home thinking that she is still in the middle of the battle. She had a dream where she was told that she has to get the Holy Sword. The servant came in, and Rol asks about the status of the Holy Sword. The servant reveals that Lloyd is the one holding onto the sword for now. Later, Quinone challenges Lloyd, and she gets defeated; she comments that he is too strong and can get married.

Suppose a Kid from the Last Dungeon Boonies Moved to a Starter Town? Episode 7 Preview

Take a look at the following recent updates here: Suppose a Kid from the Last Dungeon Boonies Moved to a Starter Town? Episode 6.