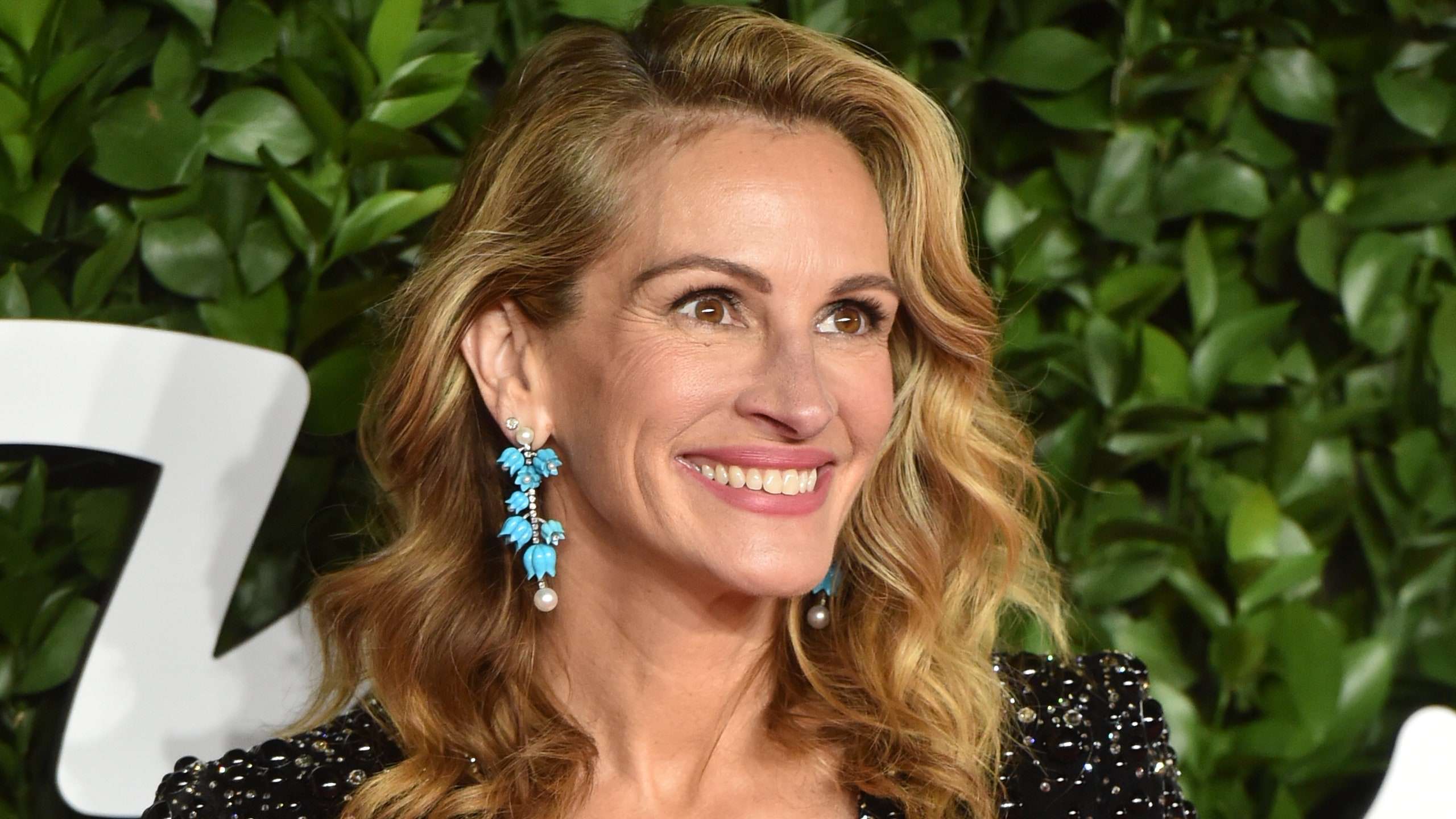 Julia Fiona Roberts is commonly known as Julia Roberts. She rose to international stardom with her pairing opposite Richard Gere in Pretty Woman. More commonly Julia is known as America’s sweetheart. Since she was a darling of the Press and the audiences for her roles, especially from the 90s. These are the iconic movies such as Mystic Pizza, Steel Magnolias, Pretty Woman, Sleeping with the Enemy, The Pelican Brief, My Best Friend’s Wedding, Notting Hill, Runaway Bride.

In 2000s Julia ventured into an Ericnbrokovich phase, choosing more dramatic roles than before. Julia Roberts has given us some of the greatest classics over the course of three decades. What’s impressive is the variety of movies Julia has done since she first arrived in Pretty Woman. Her iconic chemistry with Richard Gere is still talked, to this day. So it should be no surprise that these two paired again for Runaway Bride.

Julia’s versatility lies in her roles from lighthearted, to deep, mystic, dark, dramatic ones. Julia won her Oscar for Erin Brockovich. She has been nominated for four Academy Awards in total. She has also won three Golden Globe Awards, from a total of eight nominations. It wouldn’t be a bad idea to recall her career-best performances, would it?

Here are Julia Roberts’ 10 Best Movies, According To Rotten Tomatoes. 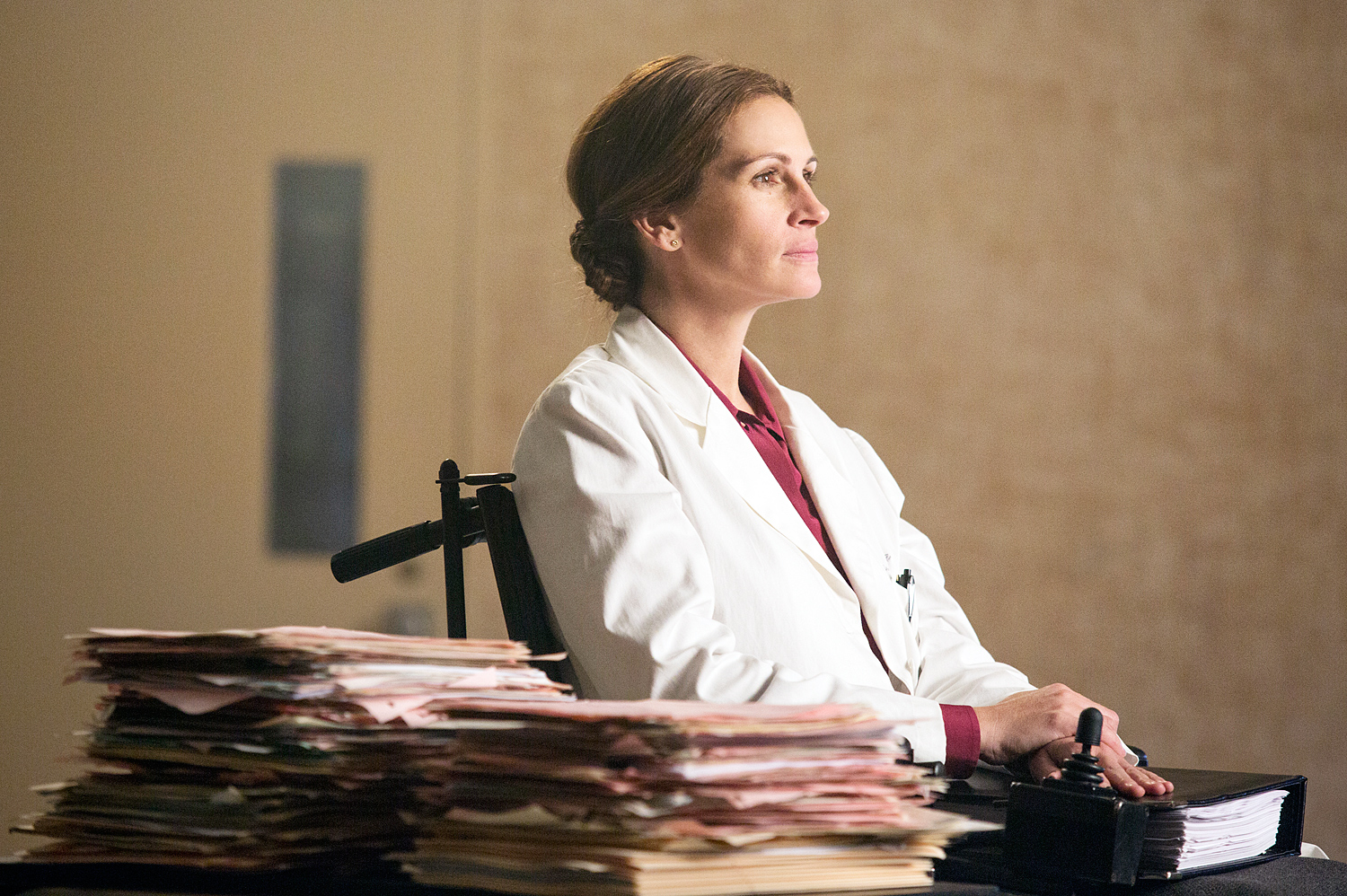 Julia’s highest-rated movie to date is a television drama-film starring a wide array of actors. Back in the day, The Normal Heart was an HBO movie.

Released in 2011, The Normal Heart is directed by Ryan Murphy and written by Larry Kramer. The movie is loosely based on Larry’s 1985 play which goes by the same name. Besides Julia Roberts, The Normal Heart stars Mark Ruffalo, Matt Bomer, Taylor Kitsch, Jim Parsons, Alfred Molina, Joe Mantello, Jonathan Groff.

Julia plays a disabled HIV-AIDS researcher in the movie. Back then the disease didn’t have a name. In New York City, between the years 1981 and 1984, the HIV-AIDS pandemic occurred. Gay men were persecuted for this and Julia hoped to win government’s grant and permission to continue researching AIDS 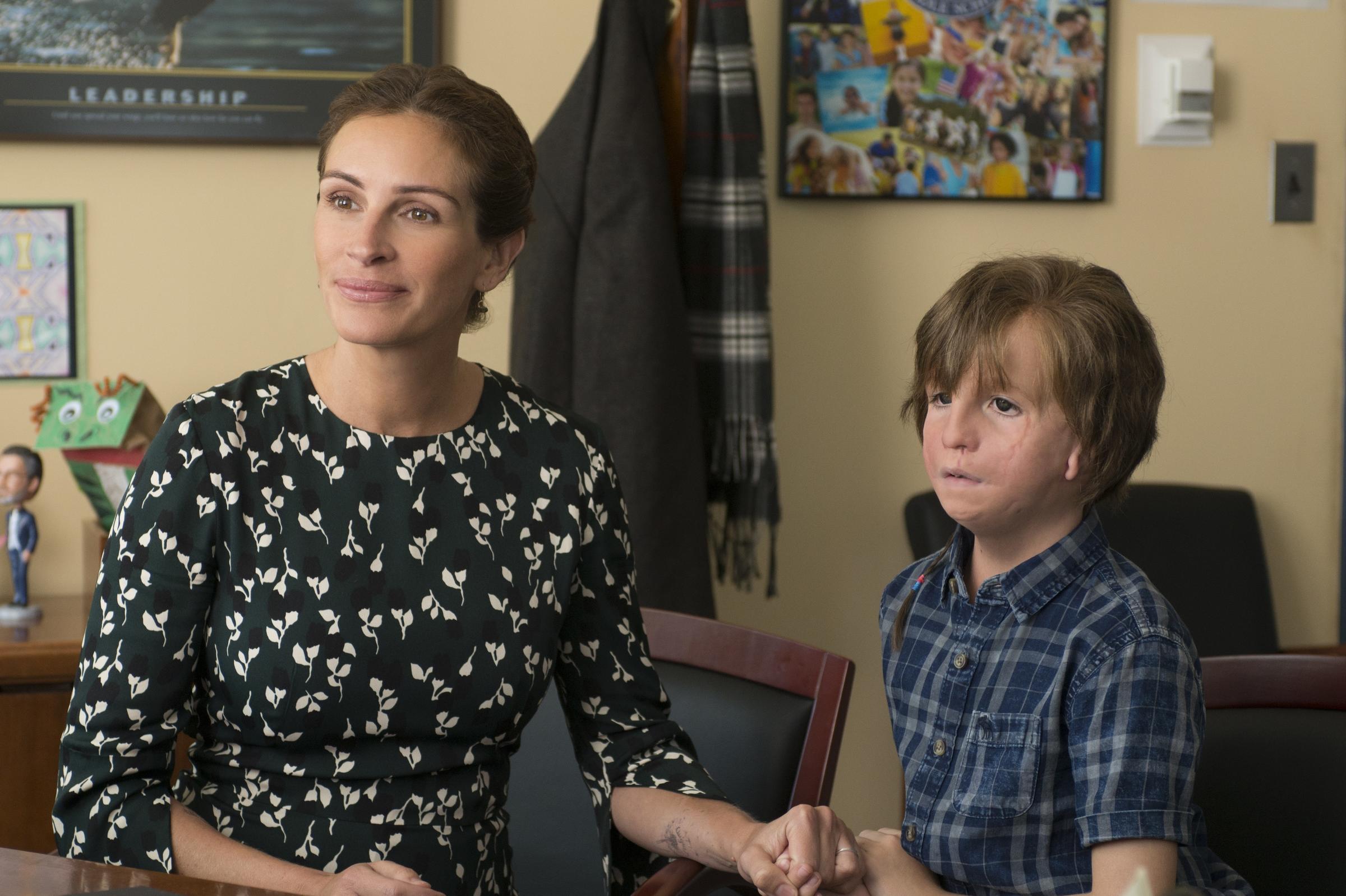 Wonder which came out in 2017 is an American drama film directed by Stephen Chbosky and written by the trio, Jack Thorne, Steven Conrad, and Chbosky himself. The movie is based on the 2012 eponymous novel by R. J. Palacio. Wonder is as touching as Notting Hill on this list is. Even though the two movies have different themes.

Wonder grossed $305 million worldwide but it was marred in controversy. That is because Jacob Tremblay was wrongly cast as Treacher Collins syndrome sufferer even though he wasn’t suffering from the same. 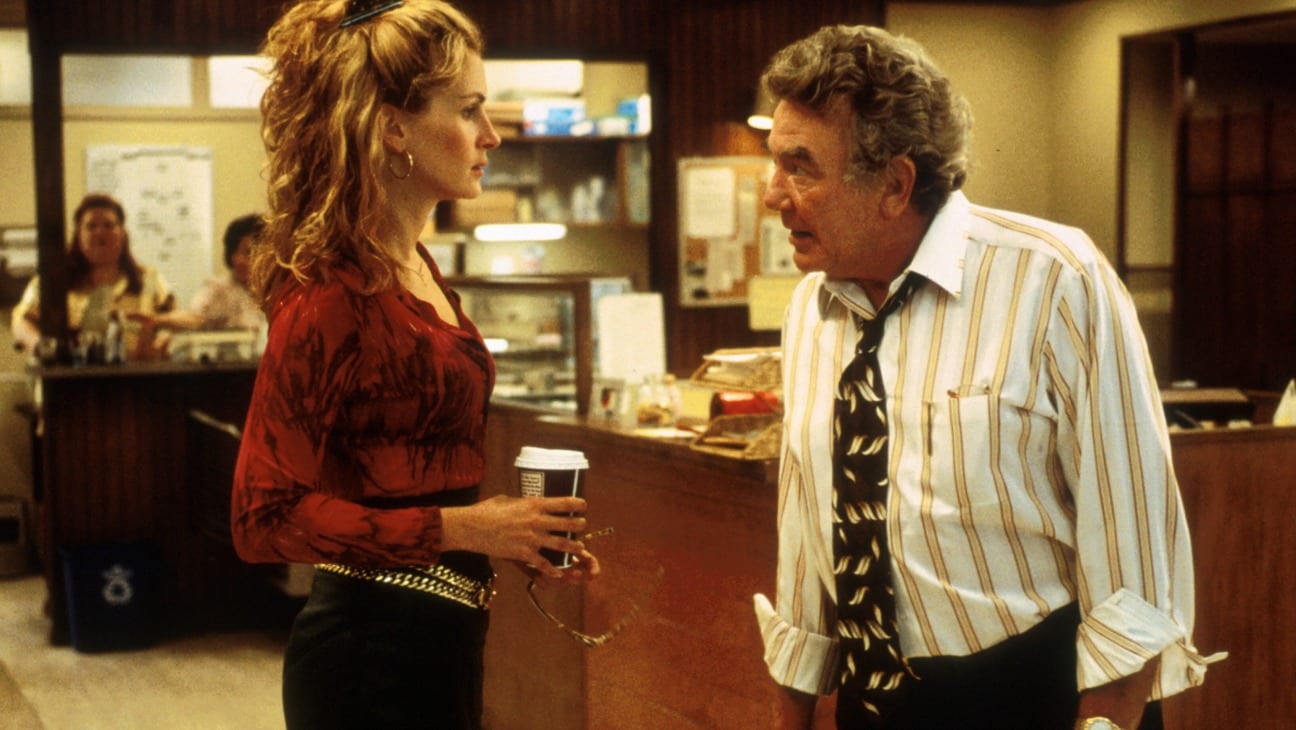 Erin was the woman who built a case against the Pacific Gas and Electric Company (PG&E) of California in 1993. Erin’s lawsuit is the subject of a 2000 film, Erin Brockovich by Julia Roberts, who plays the titular character in the movie. It arrived in 2000 under the direction of Steven Soderbergh and written by Susannah Grant.

The movie earned over $250 million at the worldwide box office, making it a massive hit. And as for Roberts, she won the Academy Award, BAFTA, Golden Globe Award, Screen Actors Guild Award, and all other critics awards fin the category of Best Actress. 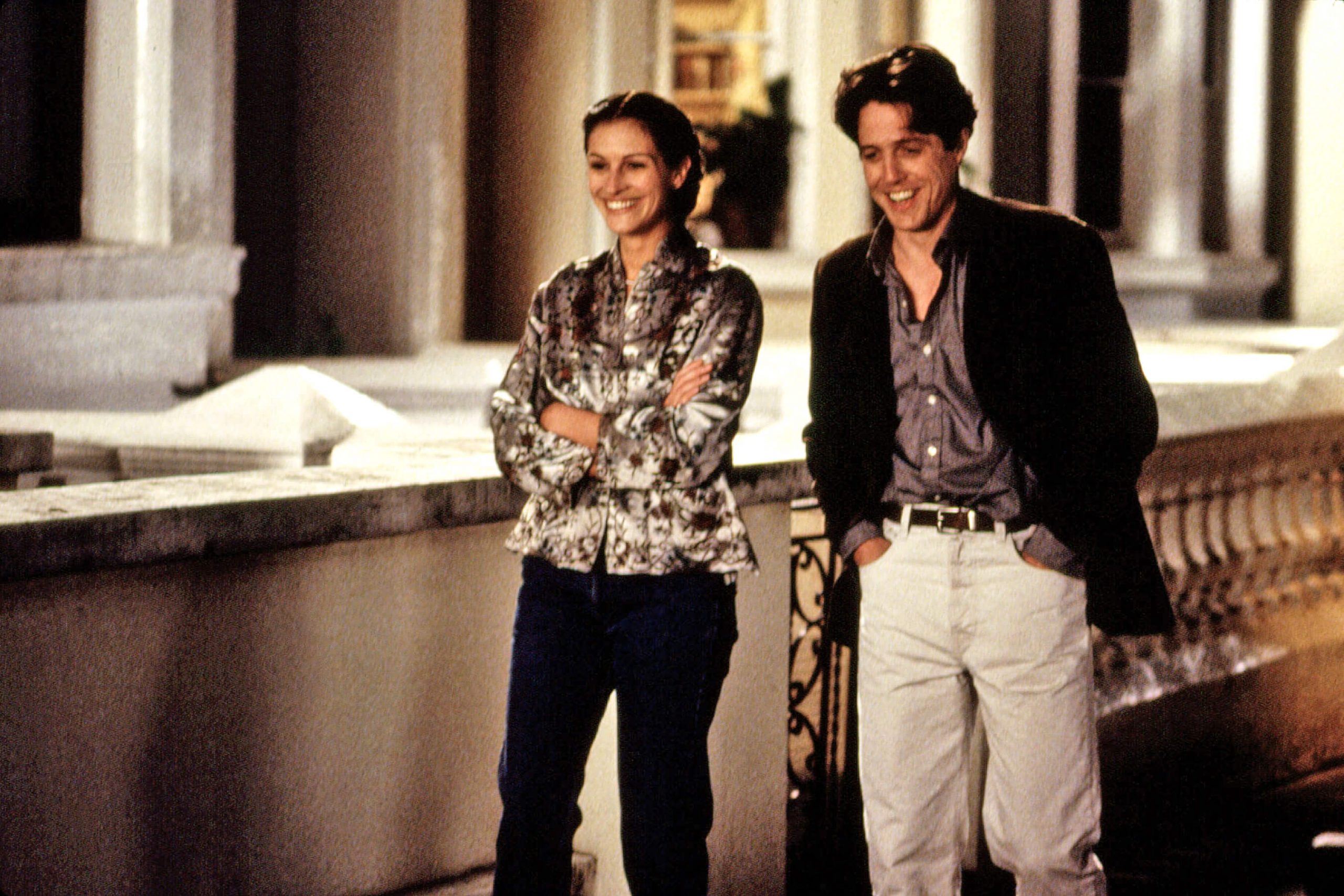 It arrived in 1999 and the directorship of Roger Michell. The screenplay was written by Richard Curtis, the same guy who authored Four Weddings and a Funeral in which Grant starred. Upon its release, Notting Hill was well received by critics and it ended up as the highest-grossing British film of all time.

Notting Hill stars Julia Roberts, Hugh Grant, Rhys Ifans, Emma Chambers, Tim McInnerny, Gina McKee, and Hugh Bonneville. The story is of a heartwarming romance between a book store owner based in Notting Hill in London. He is played by Grant and a famous American actress shooting at Notting Hill. She is played by Roberts.

The movie star walks into his shop, they begin a friendship and a romance thereafter. Julia stays at Notting Hill in the end, she pursues her career as a movie star, and he as a book store owner. 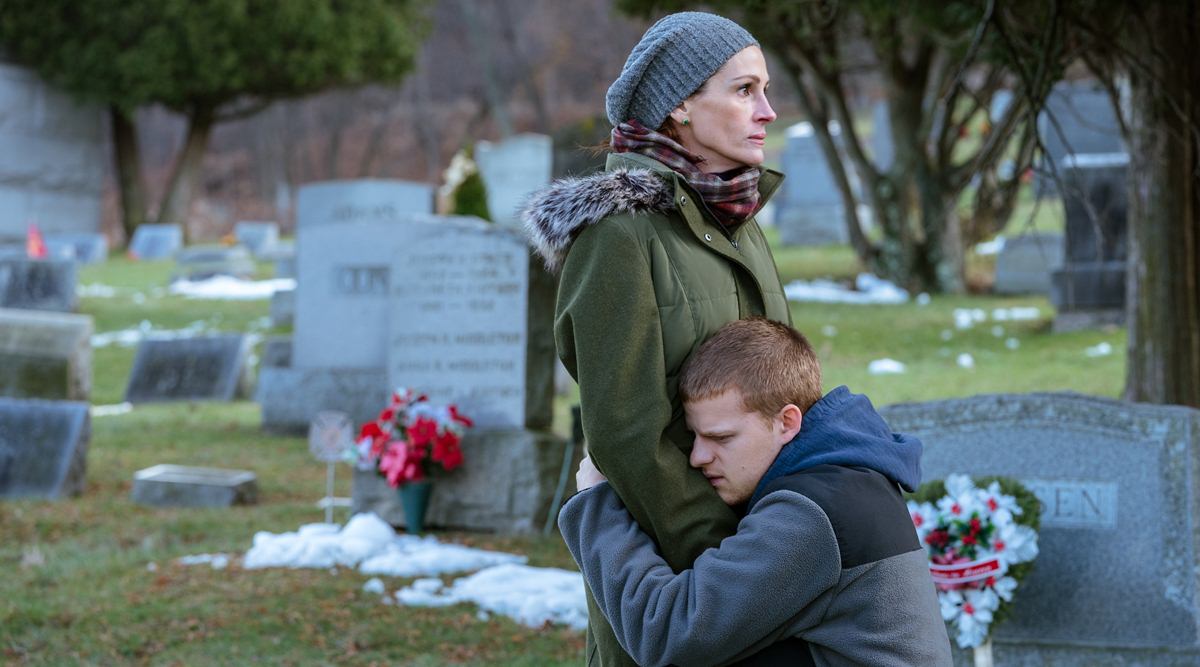 Ben Is Back: Julia stars as the mother of a troubled kid.

Julia’s not-so-very-old movie Ben Is Back is a family drama.

The movie arrived in 2018 as an intense drama, written and directed by Peter Hedges. Besides Roberts, it stars Lucas Hedges (Peter’s son), and Courtney B. Vance. In the movie, the plot centers around a mother who tries to help her addict son after he returns home from rehab on Christmas.

Ben Is Back banks heavily on Roberts and Hedges’ chemistry and amount of character work that they put in. Ben plays a “recovering addict” and something must have happened that didn’t sell with the audiences.

Although the movie was praised by critics, it bombed badly on the box-office, failing to recover its $13 million budget. 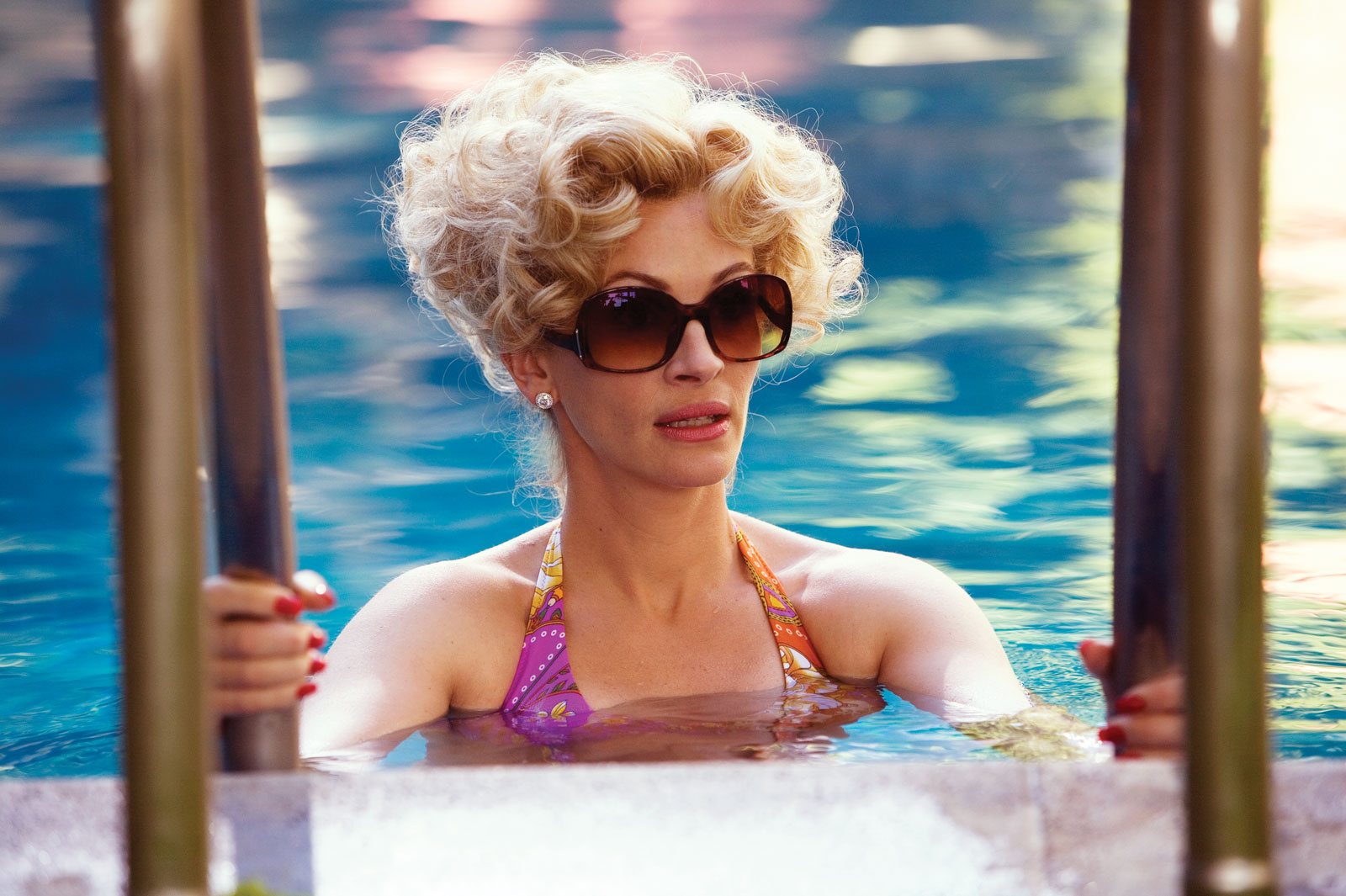 The movie boasts of a solid star cast, Tom Hanks and Philip Seymour Hoffman, besides Roberts. This movie is written by Aaron Sorkin, and directed by the legendary Mike Nichols. Because of such a great team, Charlie Wilson’s War is both educational and entertaining. It is the real-life story of the U.S. Congressman Charlie Wilson.

The story is based on a U.S. Congressman and a CIA operative who interferes in the Soviet-Afghan War with Operation Cyclone. Julia Roberts plays Joanne Herring in the movie.

Ocean’s Eleven is an action-heist that stars A-listers of Hollywood. It is written by Ted Griffin.

The story deals with friends Danny Ocean (Clooney) and Rusty Ryan (Pitt), who plan a heist of $150 million in the casino owner Terry Benedict (García). He is now the lover of Ocean’s ex-wife Tess (Julia Roberts).

Nothing beats Ocean’s Eleven in being the slickest and entertaining heist films to date. 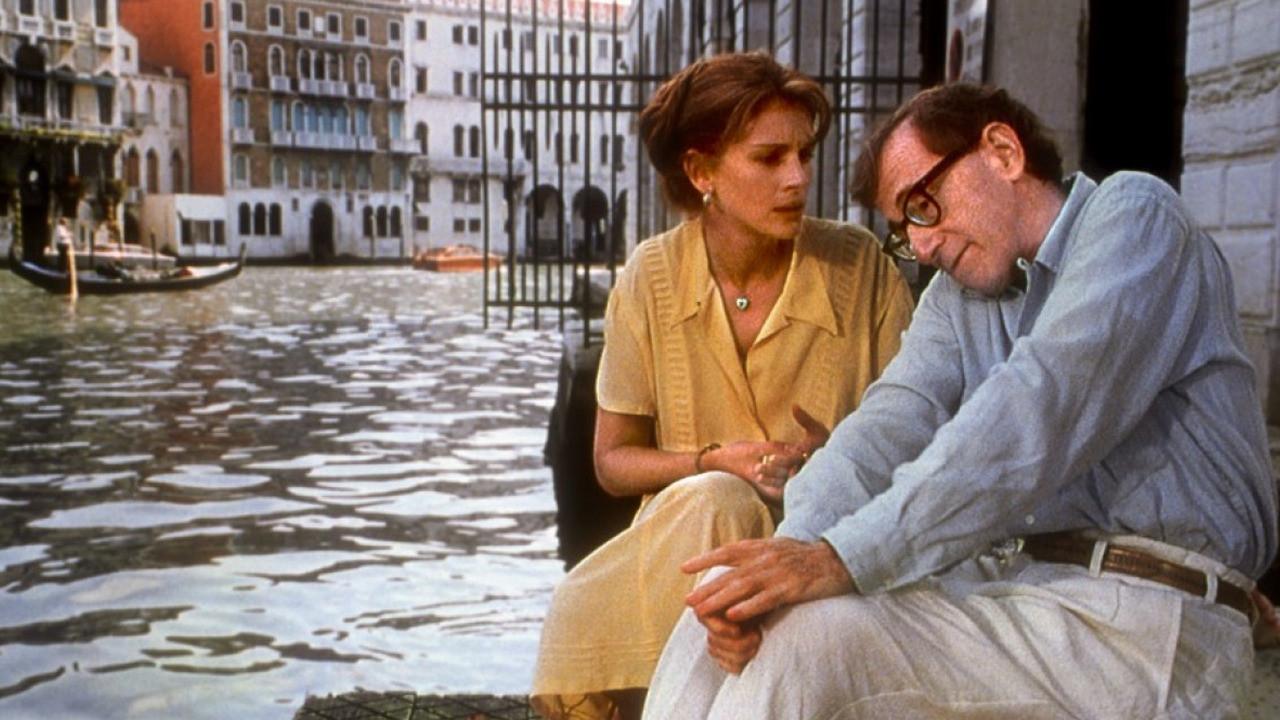 Everyone Says I Love You: Roberts shines in the musical comedy.

Everyone Says I Love You is a musical-comedy film that arrived in 1996.

Everyone Says I Love You is set in triple locations. It is shot between New York City, Venice, and Paris. The fascinating thing about the film is that it features singing by actors not usually known for their singing.

It didn’t do much business but is among the more critically acclaimed of Woody Allen’s films. You may find it narratively imperfect, but the music is a treat.

Confessions Of A Dangerous Mind (79%) 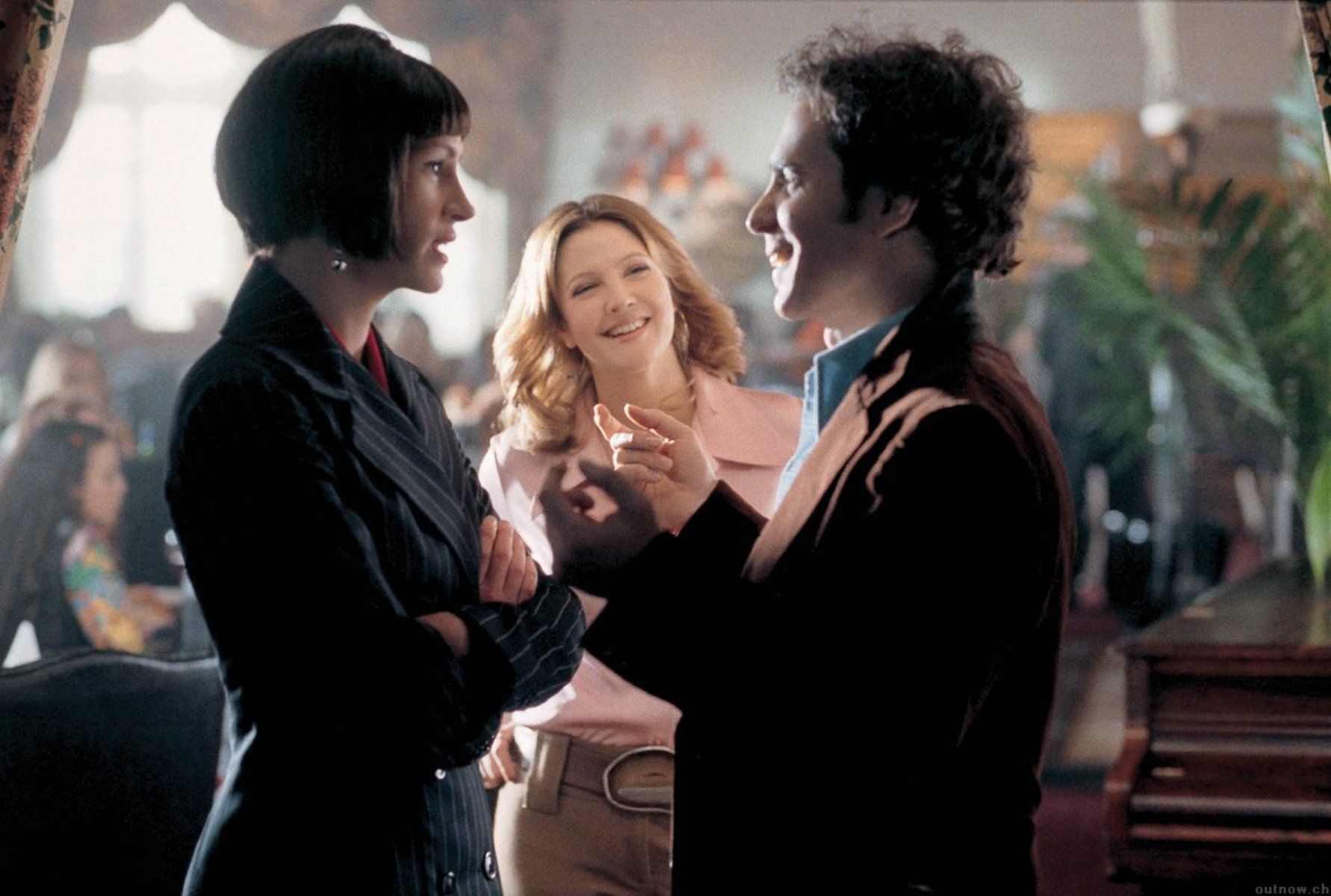 Confessions of a Dangerous Mind: Julia is directed by George Clooney.

Did you know that the 2002 biographical spy comedy film Confessions of a Dangerous Mind was the directorial debut of George Clooney?

The story is about a game show host named Chuck Barris who claimed to be a sleeper agent for the CIA. It is written by Charlie Kaufman and besides Roberts, it stars Sam Rockwell, Drew Barrymore, and George Clooney himself. It has a comedic tone like no other. More than Julia, Rockwell shined in the movie. It was released to okay reviews from critics and performed average at the box office.

Julia’s poorest performing movie Charlotte’s Web arrived in 2006. It was an American comedy-drama film, based on the 1952 novel of the same title.

The movie was directed by Gary Winick and written by Susannah Grant and Karey Kirkpatrick. Roberts stars as the voice of the titular literate spider in the movie. It is the tale of a spider who writes words in her webs.

The voice cast of the movie includes all the famous names such as Oprah Winfrey, John Cleese, Cedric the Entertainer, Robert Redford, Kathy Bates, and Steve Buscemi. It was a major break for Dakota Fanning as the leading child actor.

Charlotte’s Web was a dud at the box office.