This week we will be looking at the recent development of the Battle of Kimluck. Orphen is now aware of what Azile is planning to do. He decided to head to the holy city of Kimluck. The intense battle with Death Teacher is waiting for him. Orphen is a hard work warrior who wants to be independent and always fight for justice. Just like a true hero, he has a good heart, and he doesn’t want to kill even if it is an enemy.

He decides to give up on becoming a Court Sorcerer and decides to save Azalie. Despite the Tower of Fangs’ doubts, Orphen did not give up and refused to obey other sorcerers until he gets a chance to save his sister. Orphen is also known as Krylancelo. Krylancelo is an orphanage that grew up with Azalie and her cousin Leticia. The trio was taught to be sorcerers after being adopted in the Tower of Fangs. Krylancelo, in his childhood, used to think that Azalie is his sister.

Sorcerous Stabber Orphen: Battle of Kimluck Episode 1 will be airing on Wednesday, 20 January 2021, 9:00 PM JST. This Anime is available on different streaming platforms; if you want to watch them, you can try: AnimeLab and Funimation. Take a look at how the bottle of Kimluck started below. 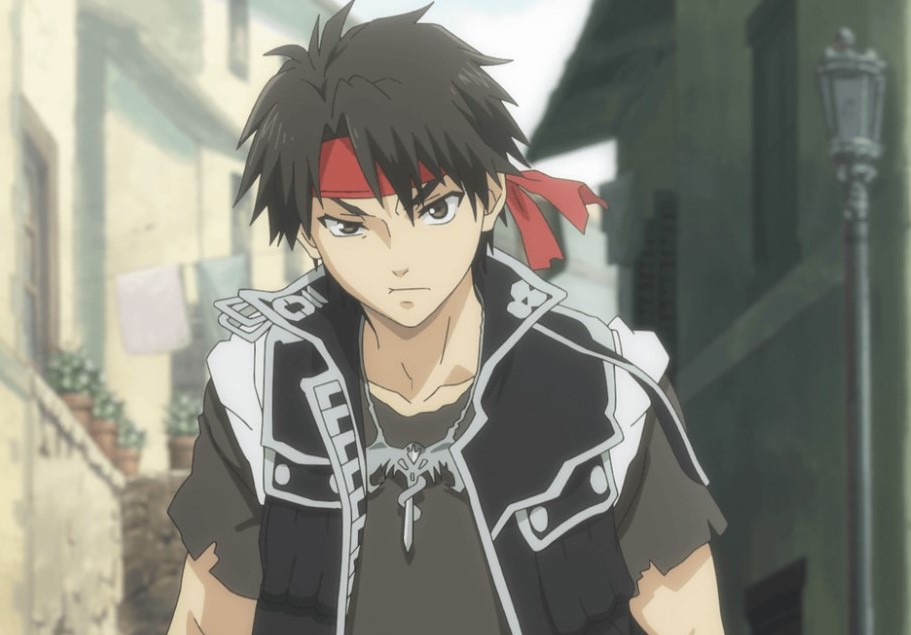 Krylancelo always takes care of Azalie, and he was fond of his classmate. Azalie relies on him for everything and to take care of her messes. Azalie is a talented sorcerer, but she couldn’t control her magic when they are in the middle of training. Krylanceo also comes to and help stop her magic from destroying things after canceling him. All the time she messes up, he helps her to apologize by writing a letter.

After their training, Childman and Azalie worked on an experiment on the Sword of Baltanders, but it did not work. But Krylancelo turns into the monster in front of Azalie, and she decides to leave the scene. After she has left, Krylancelo and Childman become unconscious. Later Krylancelo finds that Azalie is dead, and he couldn’t take it. At her funeral, he refuses to follow others and decides to do things his way. He believes that Azile is not dead.

Later, he went against the Tower of Fangs’ idea, left the group, and found a new identity as Orphen. After leaving the Tower of Fang. He decided to look for Aziel, and he spent five years looking for her. In his journey, he ends up in Tokanta. He met with twin dwarves Volcano and Dorting and borrowed money to pay for a place to stay. They welcomed him at Bagup’s Inn, where he became a teacher to the Bagup’s son Majic and taught him sorcery.

Orphen couldn’t pay back the money he borrowed from the twins, and he clashes with them in the town using sorcery. The police interfere, and the twin fled the scene, and one of the men got injured. Orphen uses his sorcery and heal that man. Which impressed everyone, and one the lady compliment him that a drop out sorcery can be useful. He went back to the Inn and revealed the truth about his past. Majic decided to become a sorcerer, and Orphen decided to teach him everything he knows. Badup started doubting Orphen, thinking that he will use Majic to pay his rent since most drop-out sorcerers use their power for scams. The twin Volcan and Dortin came back again and joined Orphen, but they plan for marriage fraud. Cleao notices that Orphen has a good heart, and the twin manages to convince Orphen to go with them to the Everlasting Mansion.

The twin started with their afraid plans after meeting with Mariabelle and Letitia Everlasting. Volcan talks with the two about marrying Orphen since they are rich. But Volcano got outsmarted by the ladies, and Orphen did not like the idea of marriage fraud. They two got into an argument since Volcano’s eyes are looking for money. Cleao joined the two and teased them about the failed scam.

Orphen finds that Cleao was given a mystical sword by someone from the Tower of Fangs as well. They hear chaos outside and heads to see what is going on. While on the other side of the building, Mariabelle and Letitia are corned by the beast for the Sword of Baltanders. Orphen saw that beast looks like Azalie and try to remind her to recall their past. Azalie escapes with the sword, and other sorcerers chase her. Orphen pursued them and decided to save Azalie by using his spell to cancel their powers.

All thanks to the official trailers, along with the summary above. You will get new updates if this Anime every Wednesday.