Velma Dinkley, the resident nerd of Mystery Incorporated, will have her show. The detective team that we all grew up watching is back, but the new adventures are just for adults. In the Scooby-Doo series, Velma is a character who is considered the group’s intellectual leader.

The gang has considerably improved in the past 50 years since the 1969 premiere of the original series. Since then, the detective team has been reinterpreted in various media, including animated films, computer games, live-action films, and a cartoon with an adult theme. A few essential elements have been mentioned that give this series and character an intriguing turn. 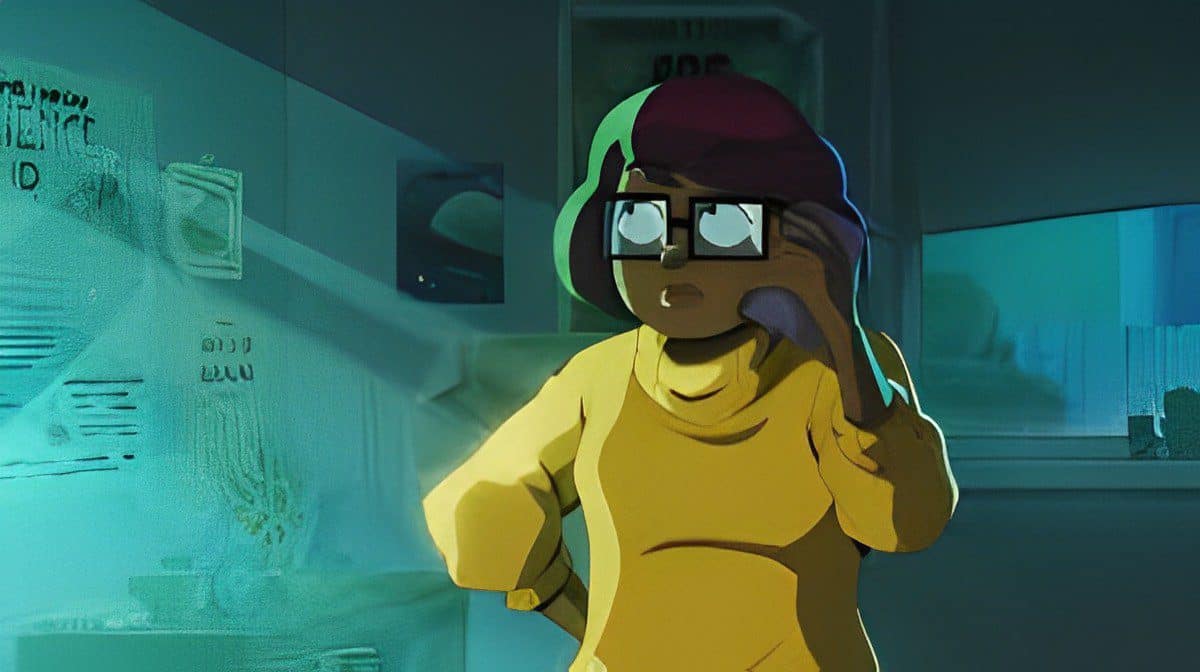 In the episode, the other gang members consistently grade Velma’s character poorly. With her baggy orange turtleneck sweater, red skirt, and square spectacles, she was never thought to be gorgeous. Still, this series will finally put her in the spotlight and award her the respect she deserves as a member of Mystery Inc.

The Scooby-Doo franchise is one of the most well-known and stuck children’s first exposure to dread in their minds among the works in the Hannah-Barbera library. Even though the television series and the following movies provided Velma with many backgrounds, she is one of the favorite characters in the franchise. However, Velma accurately represented many kids who cherished all Scooby-Doo television shows and movies. 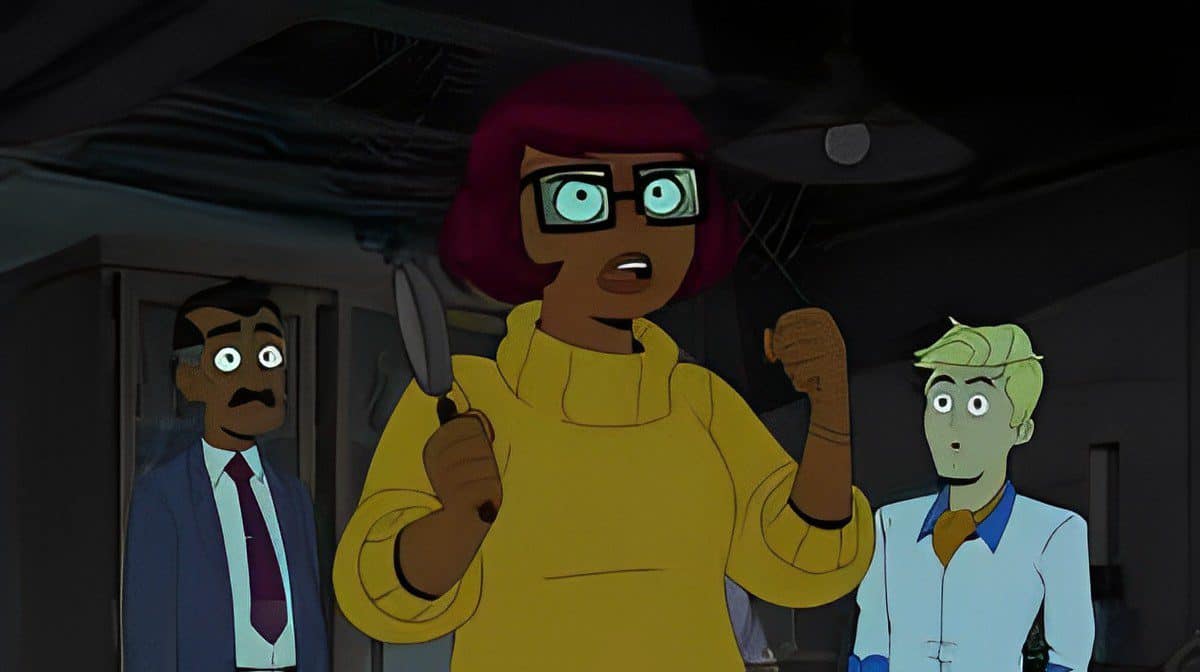 They recently announced that on January 12, the adult animated comedy series with Mindy Kaling as Velma would debut. Anywhere in the world may watch the HBO Max-produced television series Velma on HBO Max.

In the coming year, Mindy Kaling will portray Velma Dinkley on television. Unfortunately, shaggy and Velma were in a love triangle in the past, which affected their friendship with Scooby-Doo. As a result, Scooby Doo won’t appear in the Velma series.

When Will Velma Go On Air?

HBO Max announced the Velma release date. The first episode of the adult animated comedy series starring Mindy Kaling as Velma will air on Thursday, January 12. According to the sources, there would be ten episodes in Season 1, with two episodes published each week. 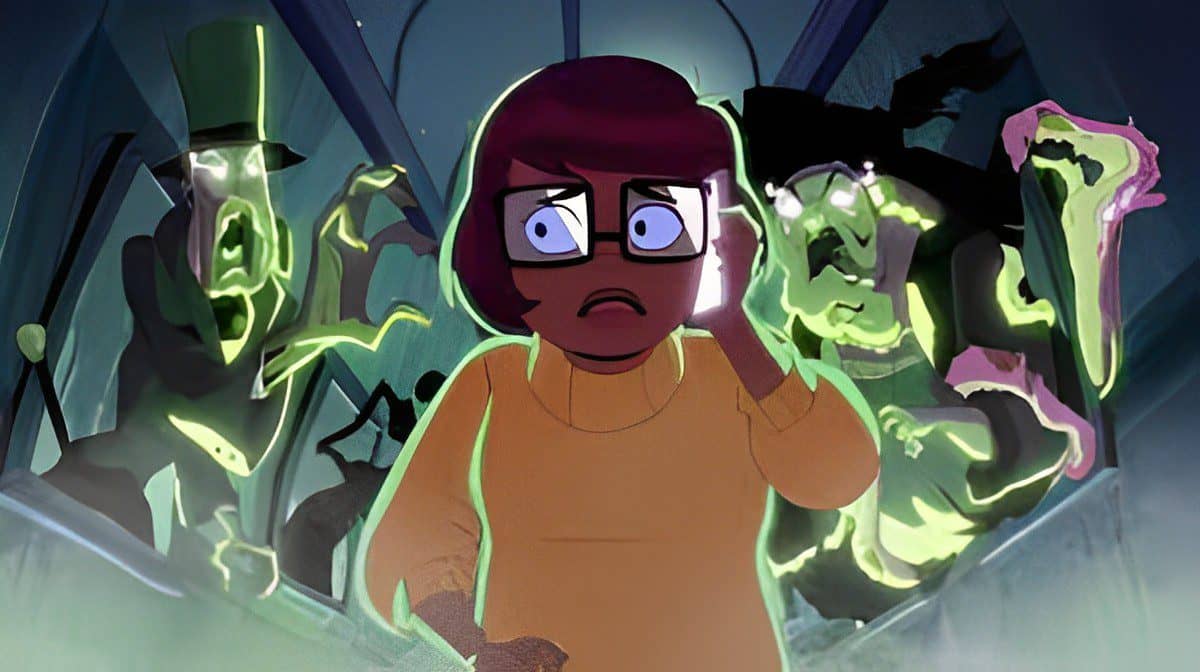 Given that the program will be an HBO Max exclusive, the HBO Max jibe in the trailer wasn’t just a lighthearted joke. It also demonstrates that Warner Brothers Discovery has faith in the franchise despite scrapping the Scoob sequel (2022).

Also Read: How To Watch The Rig Episodes? Streaming Guide

Where Can One Watch Season 1 Of Velma Online?

Do you want to find out where Velma is? Only HBO Max will have the Velma production available. On January 12, 2023, Velma will have its world premiere. According to the official Velma synopsis, the Velma series will take place before Velma’s joining Mystery Incorporated: The provenance story of Velma Dinkley, the unsung and underappreciated brains of Scooby-Doo Mystery Inc., is told in the animated comedy series Velma for adults. Velma can only be seen on HBO Max. To access the streaming service on various devices, you must be a member of HBO Max. 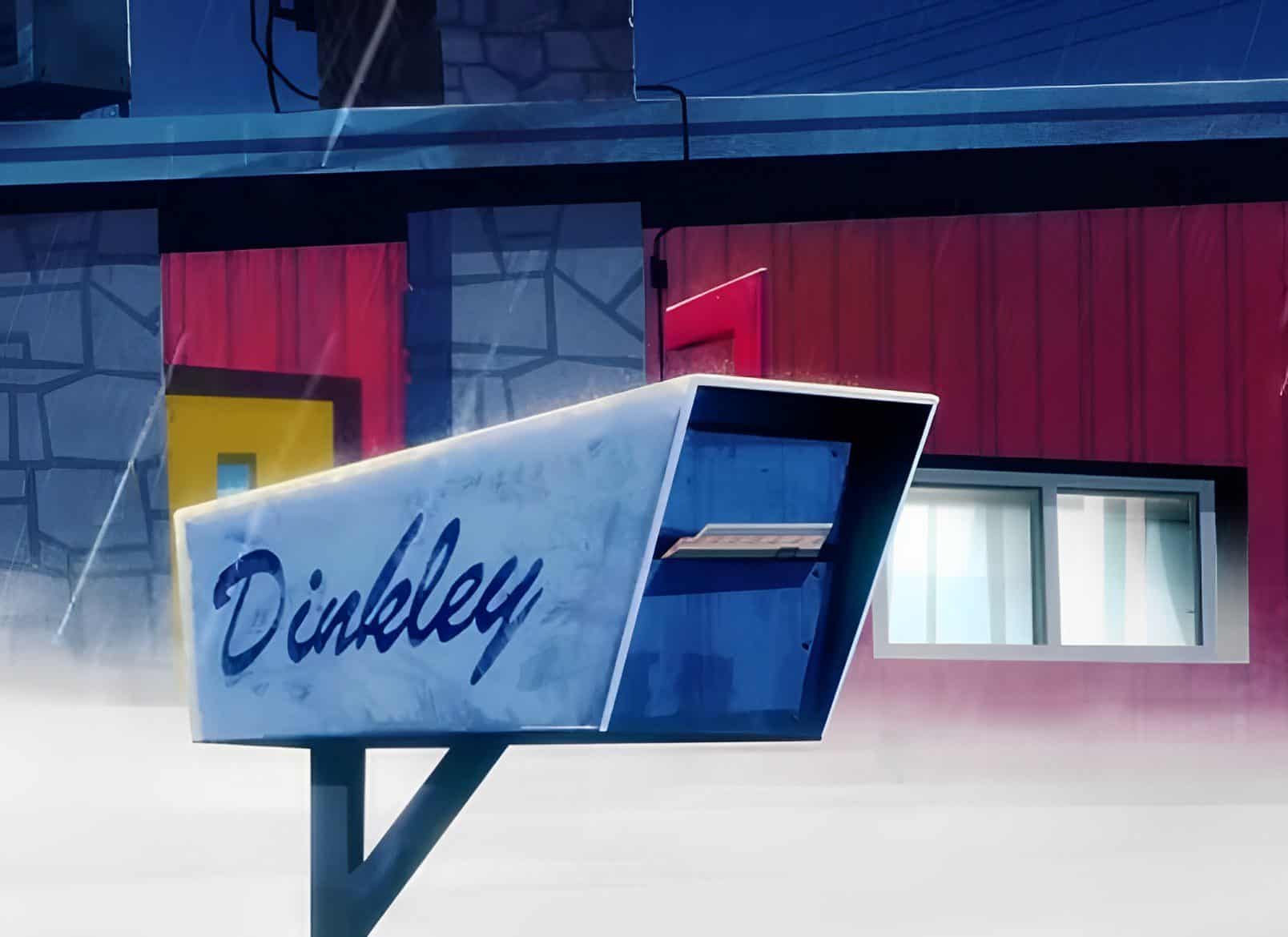 Due to studio restrictions, it will be the first franchise installment in which Scooby-Doo is absent. The ten-episode first season of Velma, which will air on HBO Max, is scheduled to debut on January 12, 2023.

In addition, HBO Max has announced the start date for Mindy Kaling’s adult animated series Velma. The project when was first presented in February 2021. Season 1 will include ten episodes and debut two new ones each week. HBO Max will broadcast Velma on January 12, 2023.

The tone and animation style of HBO Max’s Harley Quinn (2019–2022) seems surprisingly similar to that of the Velma teaser, which also includes some overtly postmodern humor. For example, in the opening moments of the bully, Velma contacts HBO Max directly in response to news that Judy Jetson will be the star of a spin-off series of The Jetsons (1962–1963) being produced by the streaming service.

Before receiving a mystery phone call, Velma shares her critique with bitter scorn in a satire of internet outrage culture for popular IPs. Although it’s doubtful that the show’s lead would have perished in the trailer, the call is from a serial murderer inside Velma’s home, and the teaser closes with Velma wailing and blood splattered on her glass.

Some Easter Eggs in the trailer that refer to the remainder of the Scooby gang can be seen if one looks closely. This includes a television commercial for “Jones Gentlemen Accessories” that features blue attire to resemble the renowned mascot of Mystery Inc., Fred Jones (Glenn Howerton). 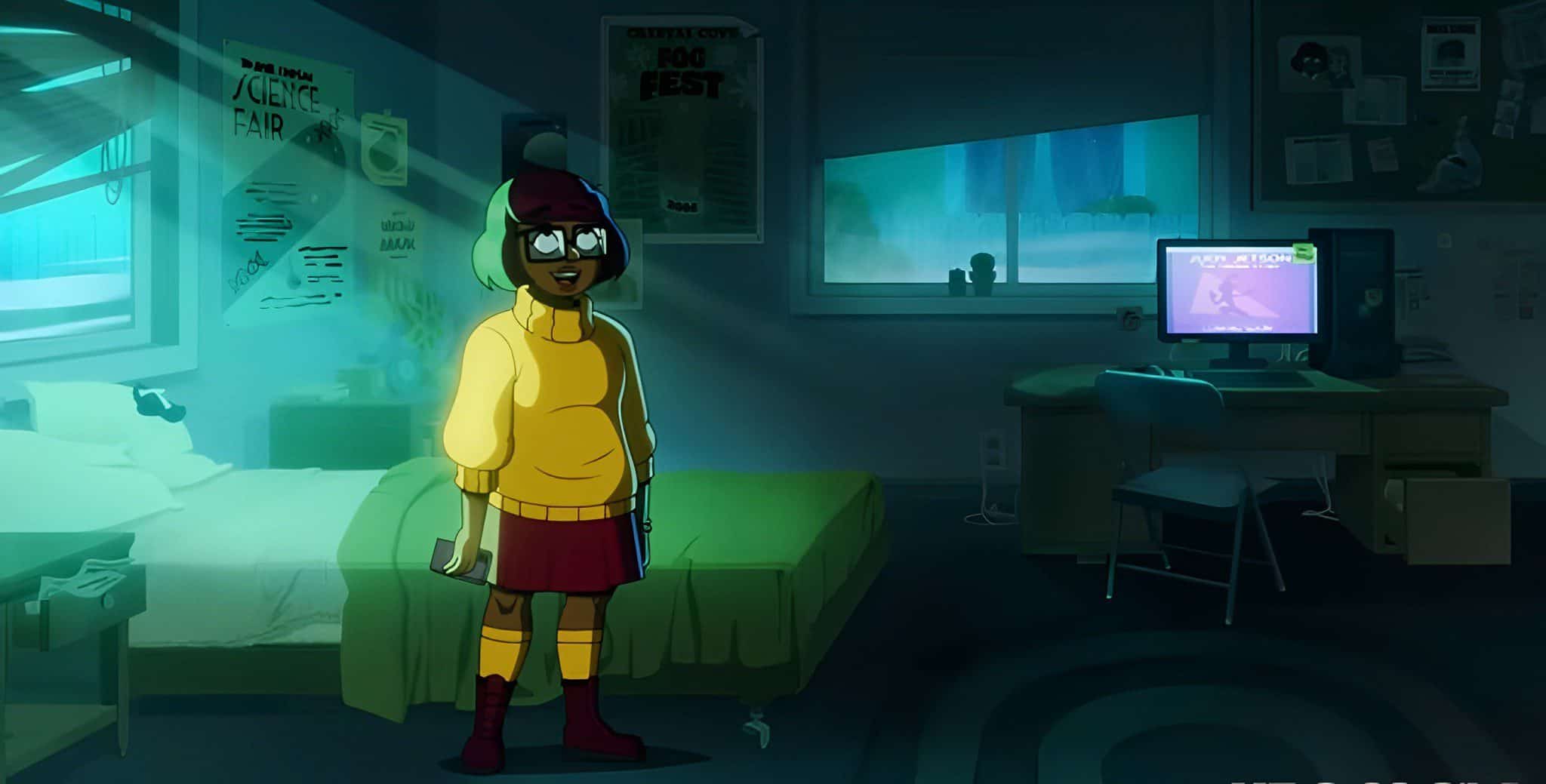 The wall of Velma’s room also has a poster of a family member named Diya Dinkley, who is missing, as well as a picture of Velma and someone who appears to be Daphne (Constance Wu), except the redhead’s eyes are checked out with a red x on each of them. Finally, the teaser concludes with a last image of Velma’s mailbox bearing the enigmatic question, “What is Scoobi?”

The upcoming animated feature will go into Velma’s history and how she came to have the standing as the Scooby-Doo gang’s brains. According to Kaling’s Instagram post, Velma will struggle to navigate high school challenges and develop her sexuality. In addition, she is a serial murderer who wants to kill every famous child in town. 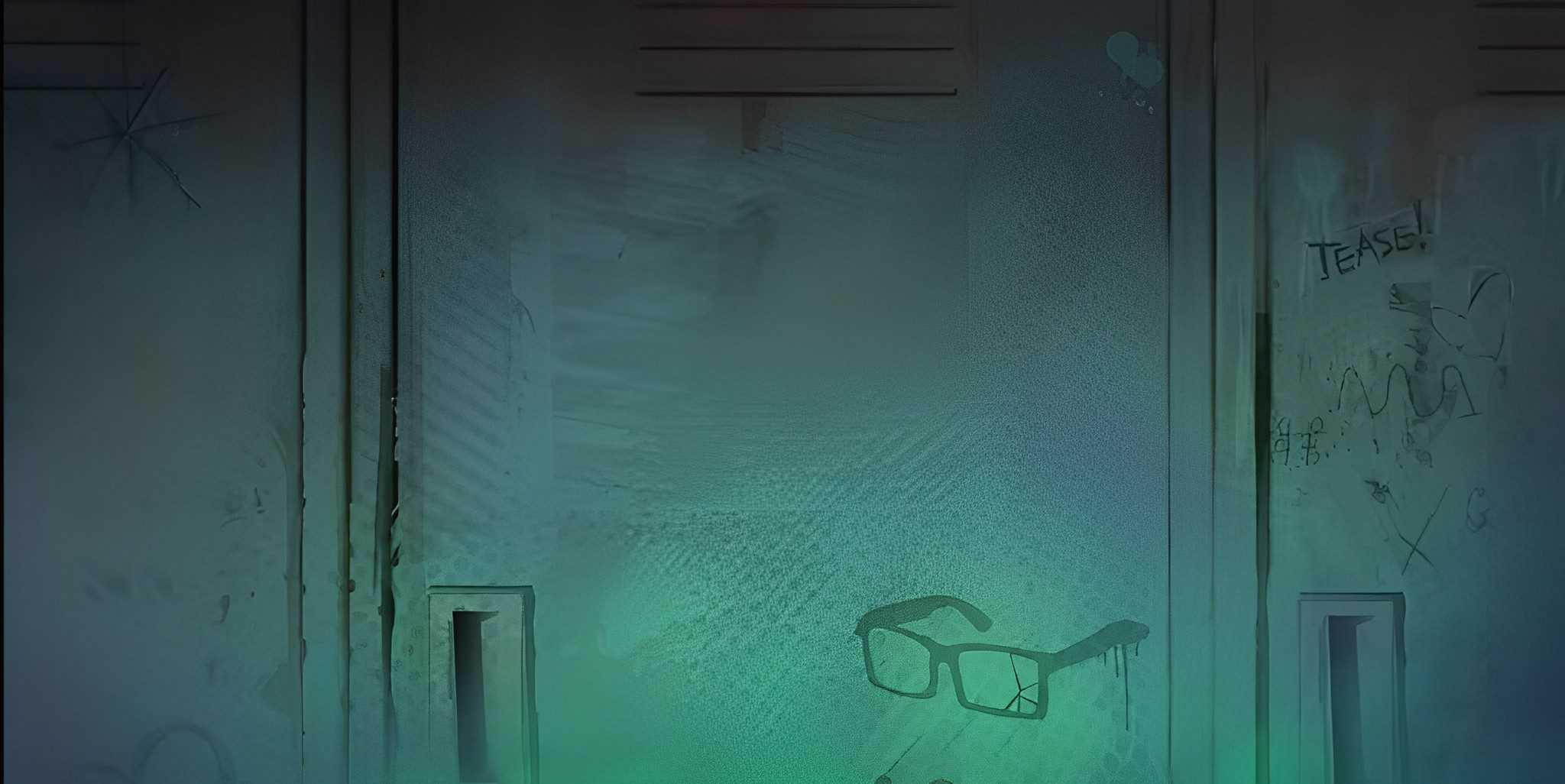 There was a great deal of debate about Velma’s race when; the first image of the animated feature got revealed. She would be of South Asian Indian heritage in the spin-off, unlike before. On May 18, 2022, Mindy shared a sneak peek picture of Velma at a presentation for the show Discovery Upfront.

It depicts Velma kneeling in a locker room and staring at a body that had its brains extracted and its skull scalped. There seem to be what appear to be several naked women watching the body in terror in the background. Velma is wearing her trademark attire while having a different skin tone. 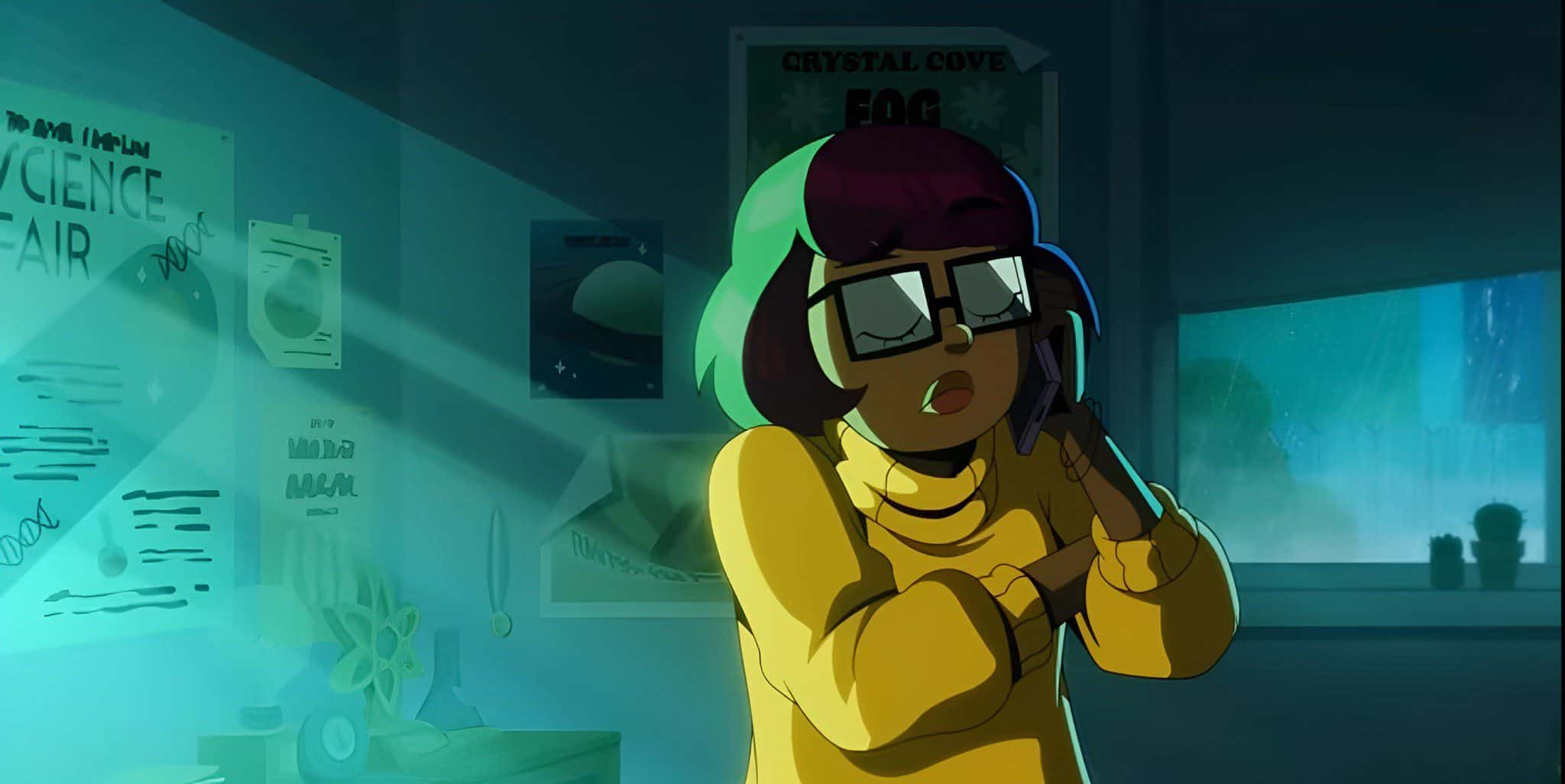 In July 2021, Kaling expressed her happiness over the audience’s devotion to comic books and cartoons on television. Especially one with a history as rich as this. When it got announced a month ago that it would reimagine the Velma character as South Asian, people were outraged.

She has the most amazing personality. She has great wisdom. She also didn’t see why anyone would think that a brilliant, nerdy girl with lousy eyesight who loved to solve riddles couldn’t be Indian. For example, there are geeks from India. So it should be familiar to people.

The Velma series’ official summary states that it will take place before Velma acquired Mystery Incorporated: The provenance narrative of Velma Dinkley, the unappreciated and undervalued brains of the Scooby-Doo Mystery Inc. crew.

Moreover, they shared that it is an adult animated comedy series, Velma. One of America’s most adored mystery solvers has a complicated and colorful past, got revealed via this creative and funny twist. The appearance of a serial murderer causes Velma from the cartoon to take a dark turn, so the program is determined to come up with a unique moniker, as it should be. 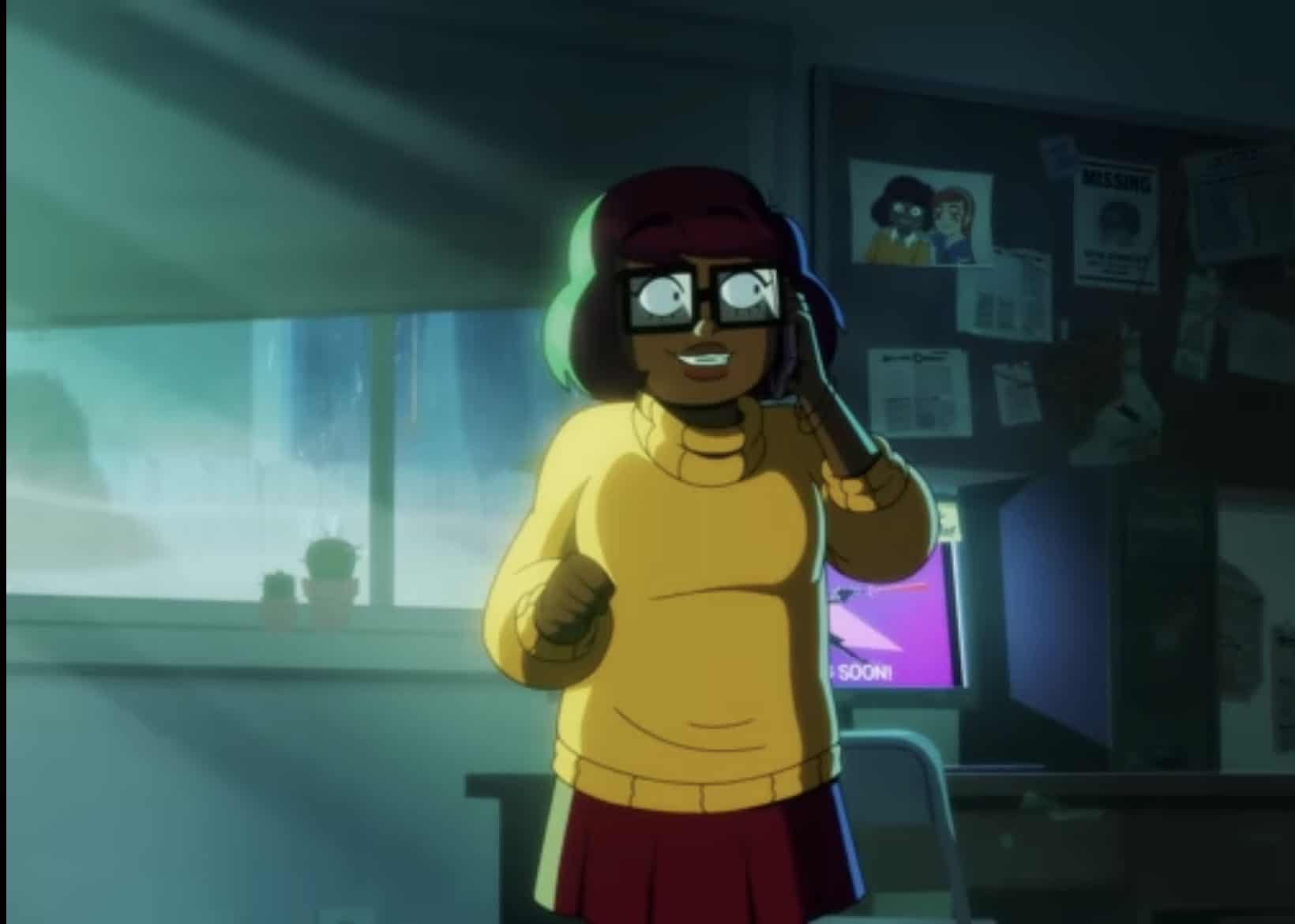 As one of her time’s top producers, writers, and comedians, Kaling has collected a distinguished cast for Velma. She portrays Velma Dinkley, a young want-to-be detective who has a crush on Glenn Howertown’s Fred Jones from It’s Always Sunny in Philadelphia, as it’s already mentioned.

Sadly, Jones, who is 16 years old, is also a murder suspect. Norville Rogers, who later becomes Shaggy in the original Scooby-Doo cartoons, is voiced by Sam Richardson (Veep, The Afterparty). He has a crush on Velma this time.

Constance Wu (Fresh Off the Boat, Crazy Rich Asians), who plays Daphne Blake, completes the main cast. Daphne and Velma were formerly best friends, and currently, Daphne is the most well-liked student at the school. However, Daphne’s thoughts about her former confidante are complicated in and of themselves. 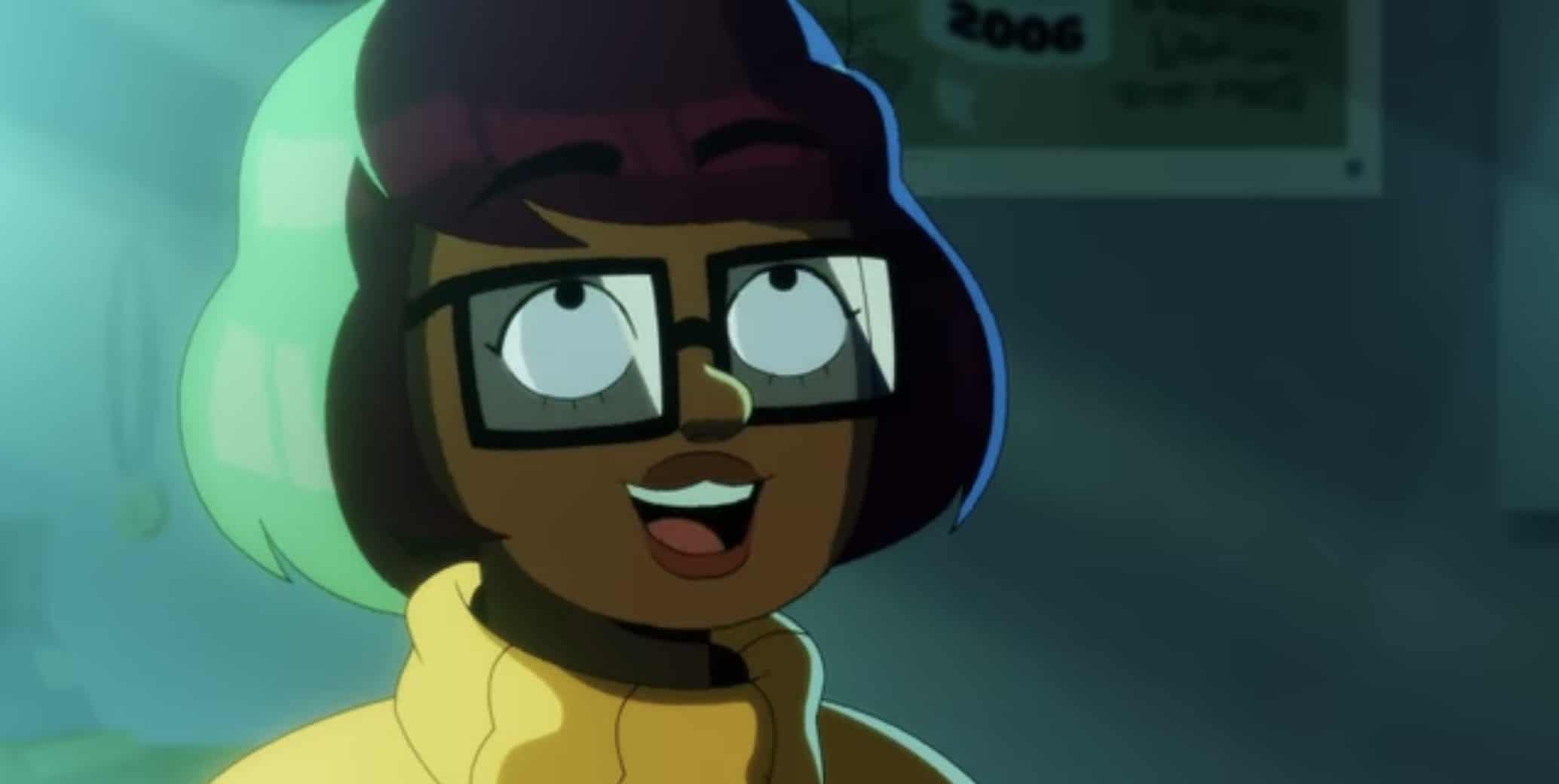 Velma’s supporting cast is equally striking as its main actors. The parents of Velma, played by stand-up comedians Russell Peters and Sarayu Blue (Blockers, Never Have I Ever). The mothers of Daphne, played by Jane Lynch (Glee) and Wanda Sykes (Curb Your Enthusiasm).

Shaggy’s parents got portrayed by Nicole Byer (Managed to nail It!) and Gary Cole. Fred’s parents are Frank Welker and Cherry Jones (The Handmaid’s Tale, Succession), who played Fred Jones in the original Scooby-Doo franchise (Veep, The Good Wife).