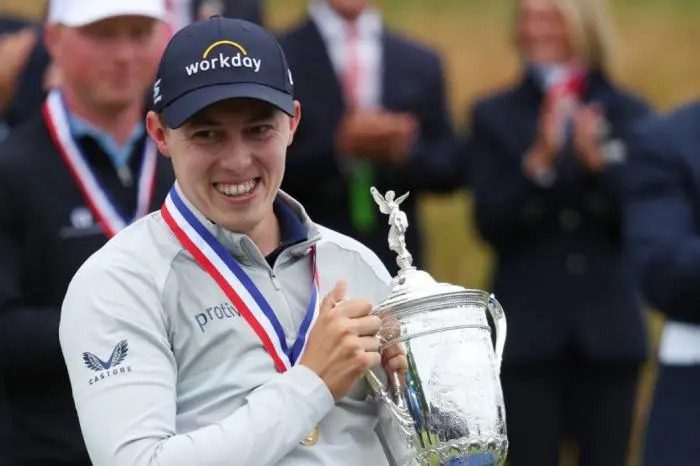 It seemed appropriate that a legendary golf course known for its spectacular finishes in big competitions once again served as the site of a thrilling conclusion. The Englishman Matt Fitzpatrick, who is 27 years old, won the 2022 U.S. Open by one stroke on Sunday. By one stroke going into the 18th hole, Fitzpatrick was ahead of Will Zalatoris. Fitzpatrick chose to go all out and executed a flawless approach shot that struck the green after sending his tee ball into the bunker towards the left of the fairway. Par was secured with a cool two-putt. Fitzpatrick won his first major title with a score of 6-under par after Zalatoris’ nearly perfect birdie putt fell short.

Fitzpatrick who won the U.S. Amateur on the same golf course in 2013, fired a final-round two-under-par 68 at The Country Club in Boston to beat off playing partners Zalatoris and Scheffler with one shot and finished the competition on six-under. And now Matt is Being Compared With Jack Nicklaus because he has matched one of the biggest Jack’s records, which was unmatched for a number of years. Jack Nicklaus himself congratulated Matt on his victory. More and more people are seeing his potential after his win and fans are rooting for him to be the greatest of all time. But why is Matt Being Compared With Jack Nicklaus? What is the record that he matched?

Why Is Matt Being Compared With Jack Nicklaus?

In 2013, Matt Fitzpatrick played at the Country Club in Brooklyn and won the US Amateur tournament. And now in June of 2022 at the same course, he won the US Open. Due to this, he has become one of the two golfers who won both the US Open and US Amateur tournament at the course, Jack Nicklaus being the other one. During the trophy presentation, Jack Nicklaus himself called Matt to congratulate him on his win. It was a dream-like experience for the new U.S. Open champion. 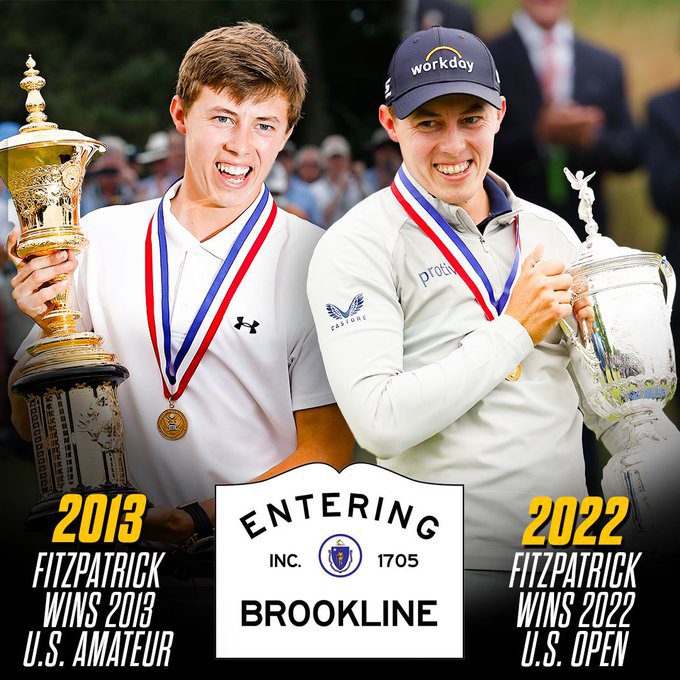 Matt said, any time you’re matching a record with Jack Nicklaus, it’s awesome and unbelievable at the same time. So for him to have that as well is incredible. Matt then told about how Jack called him up at the presentation to congratulate him. And congratulations coming from a legend like Jack mean a lot to him.

Fitzpatrick declared on Saturday that his success on this track in 2013 would help him complete the task on Sunday. He ended up being correct. “I’ve already won here at The Country Club. I enjoy playing golf here, “added Fitzpatrick. “It’s perfect for me. It works great for my game. I’ve been performing well for a while, and I believe everything simply came together to make this the place where it would occur.”

Even when hardship struck during the final round, he undoubtedly gave off the impression of being a confident guy. After the 11th hole, Fitzpatrick had to make a big decision. Zalatoris had just made a birdie to get to six under. Fitzpatrick bogeyed, moving into a two-stroke lead. He did not, however, bogey another hole. He recovered to 6-under after making strokes on the 13th and 15th holes, which was enough to beat Zalatoris, whose tee shots on holes 12 and 15 proved costly. After the shot on hole 11, Fitzpatrick recognized that there was some uncertainty, but the confidence remained.

Zalatoris, who last month lost the US PGA Championship to Justin Thomas in a playoff, bogeyed the opening two holes but quickly recovered with three shots before the halfway point, while Matt Fitzpatrick had a two-under-par through his first nine holes. When the Englishman started his back nine, he made back-to-back bogeys, which allowed Zalatoris to take the lead after the 11th hole by two shots. But after the 13th hole, they were back to even par, thanks in large part to Fitzpatrick’s amazing long birdie putt. 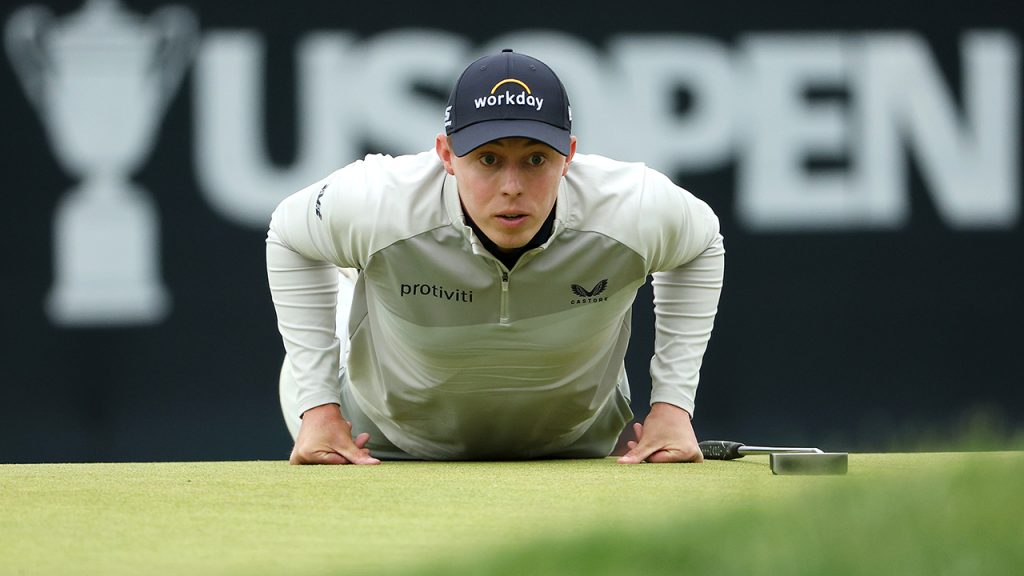 On the 15th hole, when Zalatoris could only score a bogey, 27-year-old Matt Fitzpatrick increased his lead to two with a birdie. Going into the final hole, the advantage was down to one, but Fitzpatrick maintained composure and played a masterful shot out of the sand to position himself up for two putts to win his first major championship. And that happened when Zalatoris missed his attempt by a hair after Matt Fitzpatrick had made his putt for par. Hideki Matsuyama, 30, of Japan, shot the round of the week, a bogey-free 65 to finish his competition on three-under for only a fourth-place finish. Zalatoris and world No. 1 Scheffler shared second place.

After shooting a poor 77 on Saturday, Collin Morikawa rebounded magnificently with a four-under-par 66 to tie for fifth place with Adam Hadwin and Rory McIlroy on two-under for the competition. Morikawa is a two-time major champion. Jordan Spieth, a three-time major champion, and US PGA Championship winner Justin Thomas both finished the competition on seven over par. Thomas sits further down on the leaderboard.