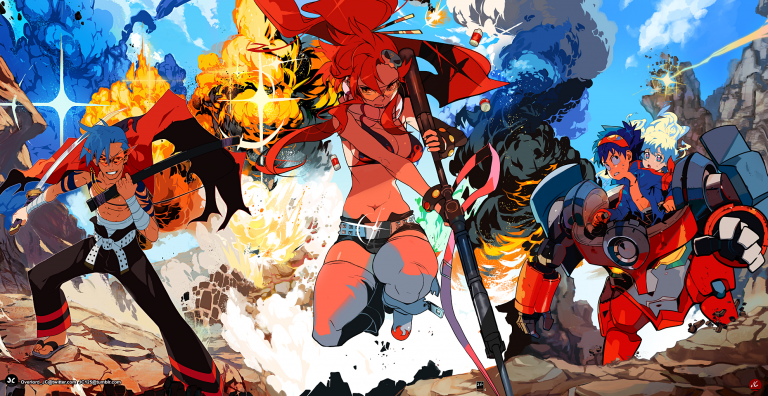 Best From The Rest: 10 Adventure Anime To Watch If You Liked One Piece

When we talk about adventure anime so we can not forget the impact of One Piece on the anime culture. One-piece has fascinated writers and viewers for over 20 years, Eiichiro Oda has become smash-success. Customers will return for every new episode due to the outstanding plot, convincing character, and a very strong sense of humor. With almost over 900 episodes, audiences are filled with binge viewing for hours. How do you do when you’ve taken on the seafaring adventures of pirate captain Monkey D. Luffy? We have put together a list of some of the best animations to watch if you enjoy One Piece, from knights and ninjas to superheroes and supernatural ones.so in this article we are going to suggest some adventure anime that you can watch if like One Piece.

Made in Abyss explores the dangers that mankind is able to take in the search for understanding. What leads people to give up their families and live to the stars or to explore the Darkest Boxes of the Ocean? The premise is perfect; out of nowhere, a vast chasm opens up that reaches down into the heart of the earth. Filled with precious objects and terrifying creatures, the Abyss draws adventurous adventurers from all over the world who devote their lives to this dangerous place. Divided into several stages, life in the lower parts is almost unlikely, but it hardly discourages adventurers from taking a journey.

Gurren Lagann focuses on two boys named Simon, and Kamina, raised in the underground village, It is one of those adventure anime that begins small and grows large. Simon discovers an ancient weapon and attack that leads to a view of the sky. The two boys and a walking red-head named Yoko goes to the surface to investigate more. This anime also got some great characters including Simon being young and unsure of himself and Kamina being loud and pushing any boundary in his way. If you want to watch an adventure with a simple approach and unforgiving action everywhere, start with Gurren Lagann.

This is easily one of the best animes of the last year, based on Makoto Yukimura’s manga of the same name and developed by Wit studios. Set in the time of Vikings raids in England follows the story of a young boy named Thorfinn whose father was killed by a pirate, who decides to avenge his father’s death by killing a pirate chief, so he joins his gang. Later, he became a fearless soldier and served to protect the Viking prince. There is a pure adventure in this anime from a kid becoming a dealy killer to take revenge for his father’s death.

Elizabeth, the 3rd queen of the Kingdom of Lion is on an important journey to get the kingdom back from the Holy Cruises, The Holy Knights once defended Britannia with a coup d’etat and later became the new tyrannical authorities. Elizabeth can only expect to restore the realm to what once it was by discovering the 7 Dead Sins or 7 Knights. It is series based on a Japanese fantasy manga series of the same name written and illustrated by Nakaba Suzuki.

Trigun, an anime that is very popular with the western audience. It is set in a post-apocalyptic world and follows Vash, who is said to be the most feared outlaw and has a bounty of $60 billion (“double dollar”) on his head, but in reality, he is a kind-hearted person who is eager to be friends with new characters and refuses to kill his enemies. He is also known as the “Humanoid Typhoon” after accidentally destroying a city with its superhuman powers. He’s a skilled gunman who’s trained in gun slinging and fighting. It’s one of the best western-themed animes of all time, and it’s said to be like the quality of Cowboy Beebop.

Beserk is one of the darkest and most gruesome animes of all time, and he is one of the greatest. This is based on the manga of the same name, which is now once again considered to be one of the best in its genre for its original piece of art, structure, and storyline. The series follows Guts, the star of the series he’s a Mercenary who moves about after he encounters Griffith and joins the Hawk team. Beserk is also one of the classic cult animes and is known for its brutality and post-apocalyptic European atmosphere.

If you enjoy good old samurai movies then you should give this anime a shot, but be careful when you start watching it, you’ll be hooked. The plot is set in the Meiji period in Japan and follows Hitokiri Battosai. A swordsman who changed his name to Himura Kenshin: running about Japan to shield men. It is renowned for its prominence in that time of Japan when samurai, ronin, and ninjas were present. He does everyday chores and plays with the children, and his past is still coming to haunt him. The show was true to the heart and told the story in a manner that has never been presented before.

Samurai Champloo is the second attempt made by its director, Shinichiro Watanabe, following the success of Cowboy Beebop, and he did a fantastic job producing this anime. The series features three characters: Mugen, an impudent and freedom-loving roaming swordsman; Jin, stoic rōnin; and Fuu, a courageous girl who asks them to join on her journey to hunt around Japan to meet the “samurai who smells of sunflowers.” The show has drawn major influences from hip hop, dance, and lo-fi music, and the soundtrack of this is produced by none other than Nujabes, who is credited for making lo-fi music mainstream.

Madhouse is known for producing one punch man season 1 and it did a very good job. once again. Overlord, one of the studio’s contemporary projects, unlocks an augmented reality game named Yggdrasil during the final hours and focuses on Momonga, the boss of the dark guild known as Ainz Ooal Gown. As players say their goodbyes, Momonga abruptly learns that he can not log out and finds himself stuck in the gaming world of Yggdrasil. Okay, that’s a pretty cool start, but things are going to get a lot of strangers.

10. Magi: The Labyrinth of Magic

Magi is a fantasy adventure series based on a manga by Shinobu Ohtaka. It’s a world where labyrinths have unexpectedly emerged all day long. Djinns live in these labyrinths. Djinns are very powerful beings in the Magic universe, created from Rukh and possessing incredible abilities. — Dungeon / Labyrinth is controlled by a Djinn, and if you can capture a dungeon, you could be the master of Djinn. The Dungeon Capturers who possess the powers of the Djinn shall become what is known as the ‘King Ship.’ King Vessels are always directed by a particular Magi, but this is not always the case.