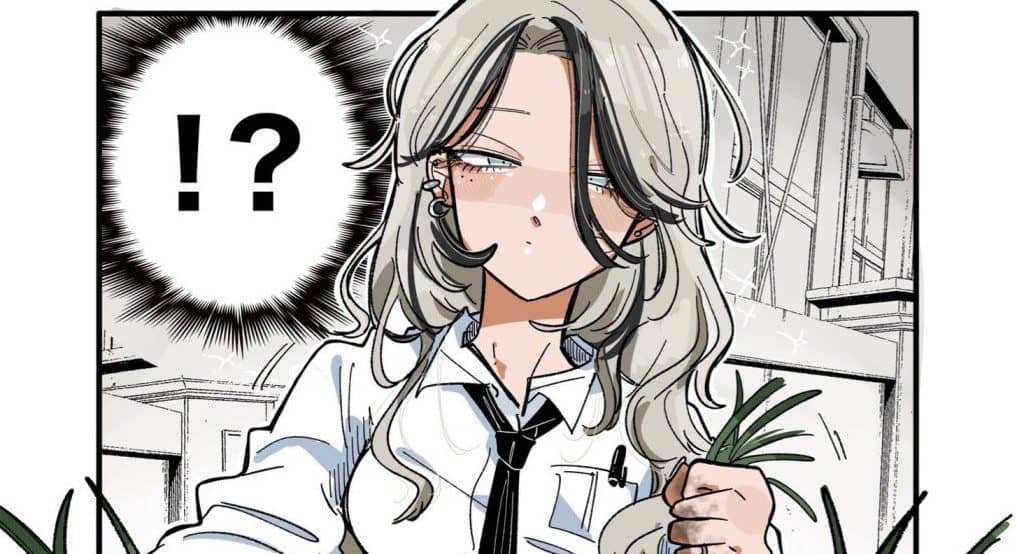 The Story Of A Handsome Gal Overflowing With Virtue Chapter 3 : Release Date, Spoilers & Where To Read

It’s a fresh story, with fresh chapters, published just on the 15th of January, 2023. As you’ve guessed now that the storyline follows a life of a girl (actually a schoolgirl), who’ll be dealing with his moral excellence throughout. The Illustration and writing are done by Kai Bashira ( kind of savage hero’s name, didn’t it). The Story Of A Handsome Gal Overflowing With Virtue falls under the genre of Girl’s Love, Romance, & Slice of Life. The theme followed is Gyaru and school life (as mentioned before).

As it is released a few days back, there are only two chapters available to read with the wait for the third. As per the public review, it is getting a mixed review with the scope of leveling up in the future. Read it by myself, it gives a positive vibe to follow through. You too can have a try as the chapters are concluded in 4,5 slides maximum.

And yes, the term Gyaru or Gal is a subculture of fashion, which was considered revolutionary by Japanese standards, when women were supposed to be housewives. As was the deal with90’s; at present, the number is less than none.

The Story Of A Handsome Gal Overflowing With Virtue Chapter 3 – Spoiler (Chp 1, 2)

We see a shy, introverted girl talking to herself about the popular girl’s group in front of her; as to how she can’t deal with such girls as they are very noisy while talking. In the group, we see a girl with light grey hair. For now, we can say that she’s our 2nd lead character besides the introverted girl. By his face, she looks like she’s always high as hell; nothing can bother her. Our introverted girl is still in her head talking about how it is unfair that they are a package full of good looks and good grades.

In the next scene, we see a brown hair girl from the group of popular ask our always-high girl to hit Starbucks on the way home. She says she has some work to do behind the gym so she can’t, and sorry. The words from her mouth are found scary by the introverted girl; so she follows her to the stated location. We get to see the grey-haired girl pulling out a grass-like thing from the ground which our shy girl assumes is a weed. Our shy girl asks her about what she is doing and the grey girl shows the grass stuff.

Our shy girl offers to help. As she moves forward, she gets stumbled by and falls eventually losing her glasses in the grass. For the first time, we get to know the name of the shy girl ‘Sasaki’, as the grey-haired girl asks her for any damage. Sasaki is in awe, knowing that, despite being in the popular group she knows her name. She even compliments her as “super cute’ without glasses. As the chapter ends’ Saski founds her glasses.

The girl on Sasaki’s chair

Also Read: Kitazawa-Kun Is In A Class Chapter 2: Release Date, Recap, & Where To Read

Chapter 2 starts with a gal sitting on Sasaki’s study tale in the classroom. As Sasaki approaches her, she is the grey-haired popular girl from before. She glances at Sasaki but doesn’t move from her place, again being busy on her mobile. Sasaki asks her to move and is this some sort of bullying? The grey-haired girl complains to Sasaki about her chair is Unstable. She states that she was searching for the solution to this problem on her phone sitting as she used to look at it from behind and found it wobbly.

She comes up with the solution to wedge something under one leg of the chair. Quickly, without giving a think puts her handkerchief under and makes Sasaki sit on the chair. Now, she rises higher in her eyes resembling Goddess as she moves to the teacher’s room

The Story Of A Handsome Gal Overflowing With Virtue – Twitter Extra

What Is The Release Date For ‘The Story Of A Handsome Gal Overflowing With Virtue’ Chapter 3?

Being a fresh release only 2 chapters are released on 15th January 2023. And it is quite hard to even guess the release date for chapter 3. Translation is done by Oxbox and the team. While waiting for ‘The Story Of A Handsome Gal Overflowing With Virtue’ Chapter 3, you can read ‘The Overworked Office Lady’s Café Crush’ by the same author as it is also a fresh story.

Where One Can Read ‘The Story Of A Handsome Gal Overflowing With Virtue’ Chapter 3?

The official publisher is not yet confirmed for this manga. But, you can visit Amazon & Official Raw to read and buy the previous chapters and the upcoming chapters.

Will they end up growing friendships and later love? Do give it a read and happy reading.