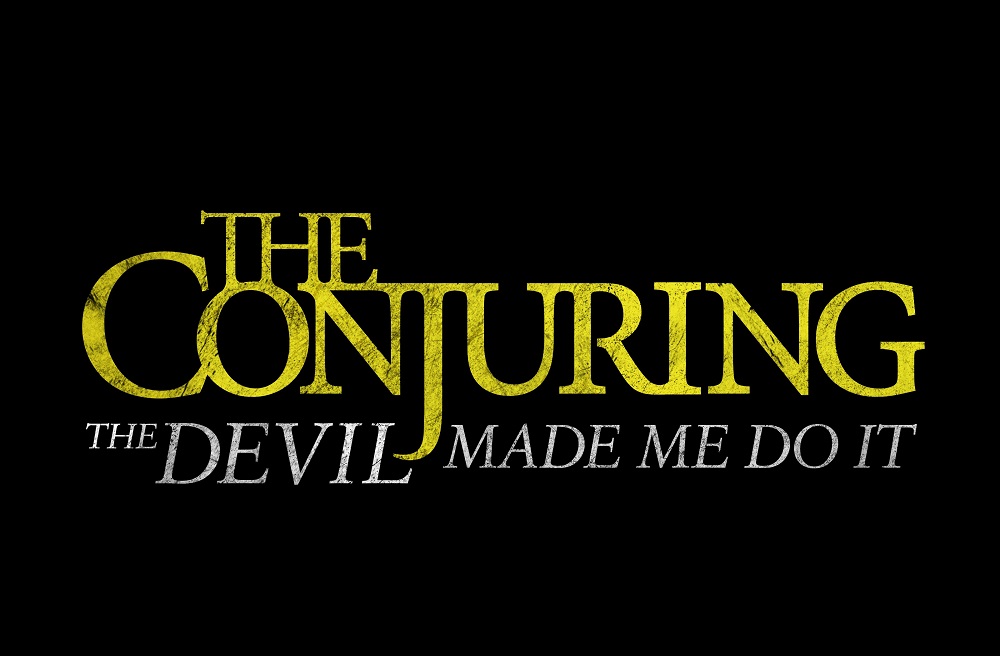 "The Conjuring 3" is finally releasing this year and here's all you need to know about it.

“The Conjuring 3”, also known as “The Conjuring: The Devil Made Me Do It” is soon coming to your nearby cinemas. The American supernatural horror series is returning with its third part and has everyone excited about it. It has been 8 years since the first part of the movie was released in 2013. It received great reviews, and consequently, the makers decided to make a sequel. As a result, the second part i.e. “The Conjuring 2: The Enfield Case,” was released in 2016, and it received the same amount of appreciation as the previous one. Hence, the horror series had finally got its third installment in 2017. James Wan, in an interview with Entertainment Weekly, said that the filmmakers have been worked hard for quite some time, and they were in the middle of writing the script. So, the fans should definitely wait for another part.

WHO’S EXCITED ABOUT THE CONJURING 3? ❤️

Some great horrors coming out this year the conjuring 3, an exorcist remake 😁🙏😱 #excited

Everything you need to know about The Conjuring 3

“The Conjuring 3” is coming out this year, so let us learn everything there is to know about this supernatural horror movie series. The filming of the movie started on 3rd June 2019 in Atlanta, Georgia. Just 80 days later i.e. on 15th August 2019, Vera Farmiga announced that she was done with the shooting. Moreover, the director for the third part is Michael Chaves, who also directed “The Curse of La Llorona”. James Wan stated that he was quite impressed with Chaves’ work in the above movie. As a result, he decided to drop himself from the directorial position and offer it to Michael Chaves. So, it was clear that the makers are preparing for something really big as all the great stars were a part of this project. Now, let us discuss the cast for the movie. 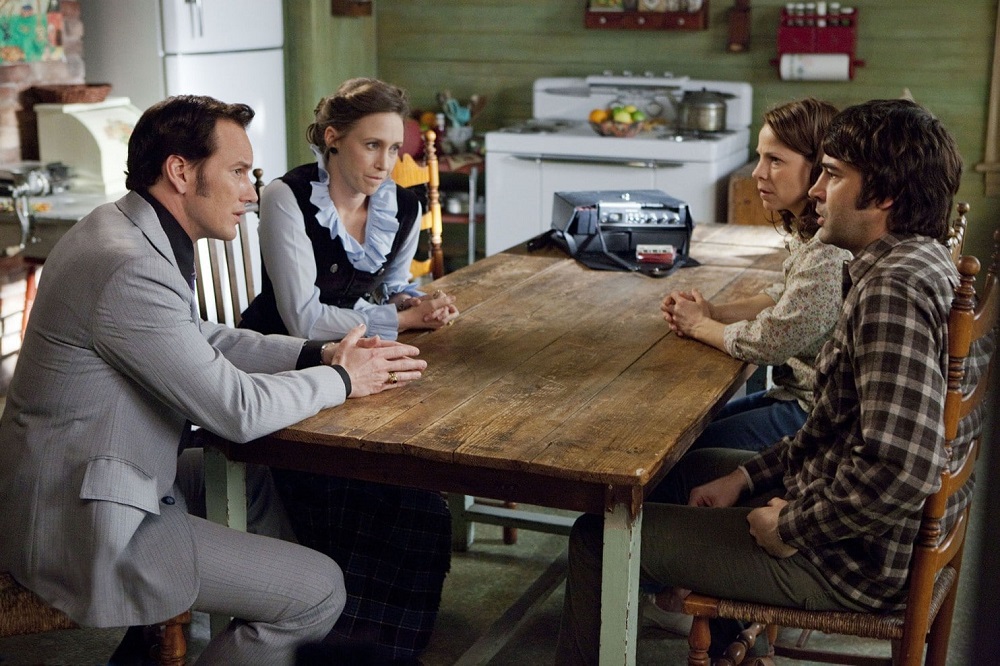 A still from the 1 part of the supernatural horror movie “The Conjuring”.

Who will be starring in the 3rd part of the supernatural horror series?

Vera Farmiga as Lorraine Warren: Vera Farmiga is an American director, actress, and producer. From starting her career as a Broadway artist, she has done loads of movies and TV Series now. Some of her famous works include “Godzilla: King of the Monsters”, “The Conjuring”, “The Conjuring 2”, and “Safe House”.

Megan Ashley Brown as young Lorraine Warren: Megan Ashley Brown is an American model and actress. She began her career at a very young age as she started off as a child artist at the age of 10. You must have seen her in movies like “Not Alone”, “Future Cult Classic”, and “Pat Healy and Richard Lawson”.

Patrick Wilson as Ed Warren: Patrick Wilson is an American singer, director, and actor. He has been a part of the entertainment industry for quite some time now. He has done some really famous movies like “Insidious”, “The A-Team”, “Annabelle Comes Home”, and “Aquaman”.

Mitchell Hoog as young Ed Warren: Mitchell Hoog is another American actor who has been a part of some great movies despite turning just 21 last year. He was a part of the following movies, “Harriet”, “Freaky”, and “Saved by the Bell”.

Ruairi O’Connor as Arne Cheyenne Johnson: Ruairi O’Connor is an Irish actor who is quite popular for his role (of Henry Tudor) in the TV Series “The Spanish Princess”. Some of his films include “Teen Spirit”, “Handsome Devil” and “The Postcard Killings”. 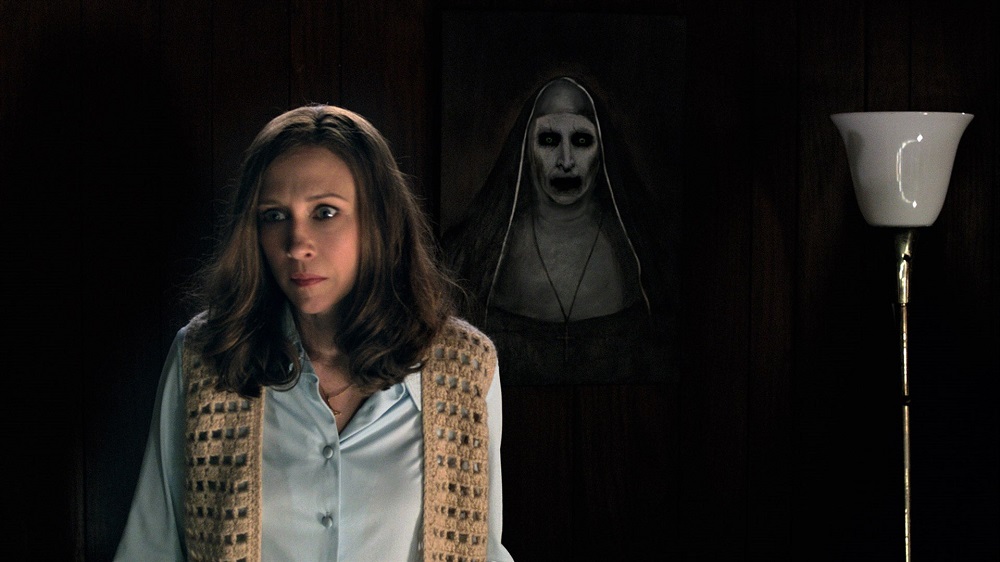 A still from the second installment of ‘The Conjuring’ series i.e., “The Conjuring 2: The Enfield Case”.

Charlene Amoia as Judy Glatzel: Charlene Amoia is an American actress who is best known for her role of Wendy (the Waitress) in “How I Met Your Mother”. Some of her other works consist of “Adverse”, “Birds of Prey”, and “American Reunion”.

Sterling Jerins as Judy Warren: Sterling Jerins is is an American child actress who has done numerous movies and TV series already. She has been a part of the following movies: “World War Z”, “Boarding School”, and “No Escape”.

Shannon Kook as Drew Thomas: Shannon Kook is a South African-Candian actor who has done some really famous and high-grossing movies and TV series. He has been a part of “The 100”, “Carmilla”, “Goliath”, and “A Christmas Horror Story”.

Ronnie Gene Blevins as Alan Bono: Ronnie Gene Blevins is an American actor. He has been a part of numerous movies and TV series with main as well as recurring supporting roles. Some of his best works include “Southland”, “True Detective”, “The Perfect Guy”, and “Bleed”. 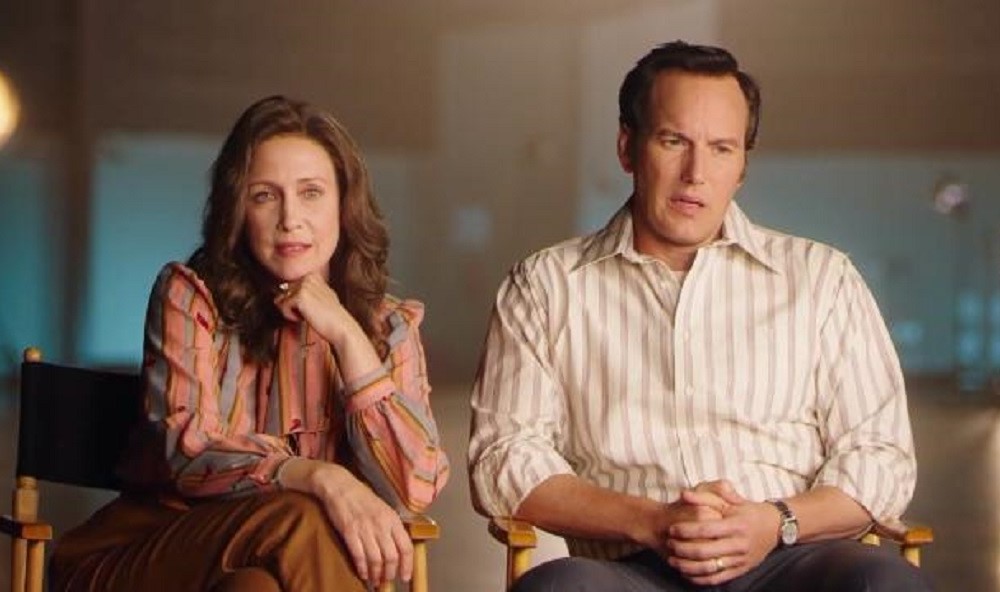 A still from the sets of the filming of “The Conjuring 3”.

The plot of the movie is, as the name suggests, ‘The Devil Made Me Do It’. It is a story of terror, murder, and unknown evil that will give you chills. Even the experienced real-life paranormal investigators Ed Warren and Lorraine Warren were left aghast after this incident. It is one of the most startling cases in their files that start with the battle for the soul of a young boy. This fight takes them beyond everything they had seen so far. In fact, it was the first time in the history of the United States that a murder suspect claimed demonic possession as his defense. The trailer of the movie is not out yet. However, there was an official title, logo, and footage from the film shown at Comic-Con Experience 2019. You can have a look at some of the footage below.

When is “The Conjuring 3” going to release?

Initially, the movie was scheduled for a release in the United States on 11th September 2020. However, it had to be postponed due to the COVID-19 pandemic. Consequently, it is now scheduled for a release on 4th June 2021 in the cinemas. Apart from this, the movie will also get a month-long release on the HBO Max streaming service. So, brace yourselves as the world’s best horror movie series is returning with its third part to give you chills once again. Until then, let us know in the comments section how excited you are for the third part. Also, tell us whether you think the Warrens will be able to fight the spirits once again.