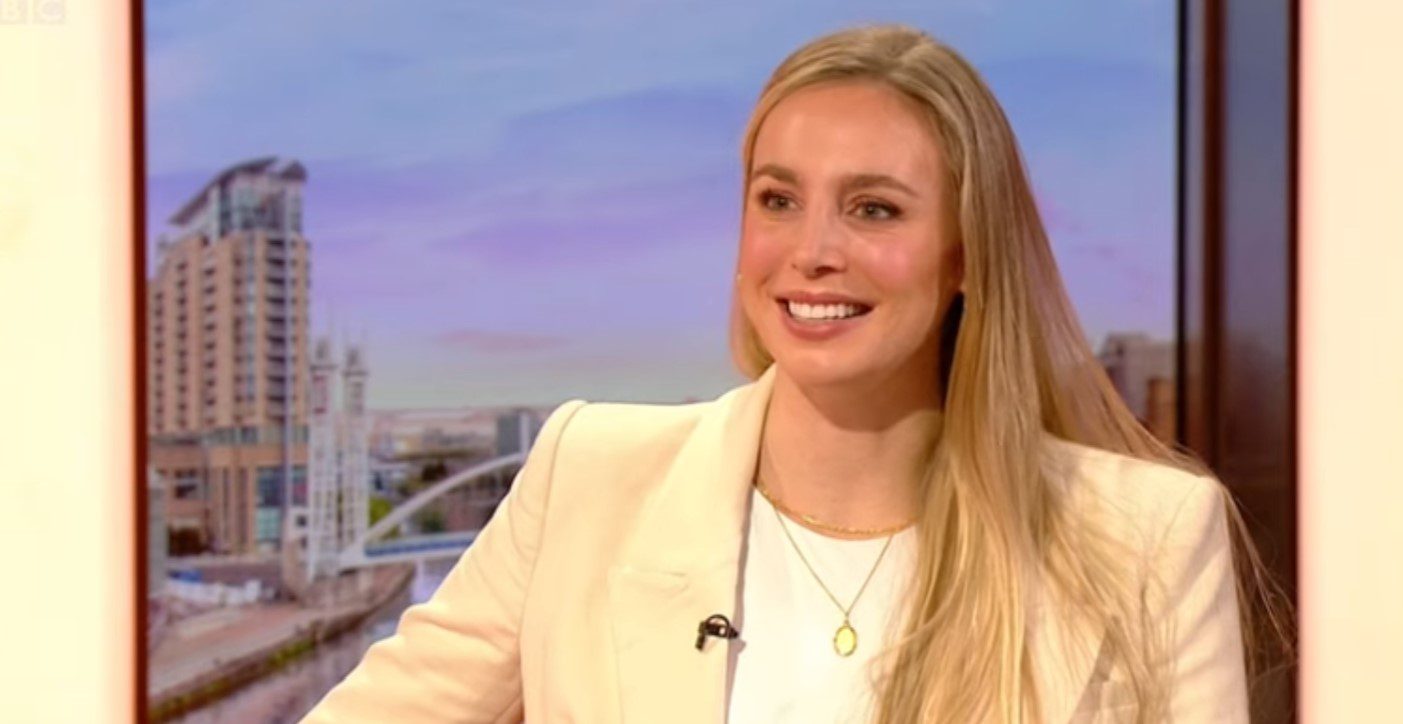 Naomi Broady is a British professional tennis player who has had some amazing performances in her career. She reached a career-high singles ranking of world number 71 in July 2017 and won her first WTA title at the Taiwan Open in February 2018. Naomi is known for her aggressive style of play and her powerful serve. Let’s take a look at Naomi Broady’s best performances and find out what makes her so special!

The distinctive aspect of Broady’s game is her big serve. Her strategy is to dominate opponents with her serve so that they can’t break her before she tries to break herself. She uses a one-handed backhand off the ground that can be very powerful but also easily breaks down. Naomi strikes strong flat groundstrokes off both wings during rallies. When on the defensive, she can also make slice shots. To avoid lengthy rallies, she frequently tries to volley toward the net. 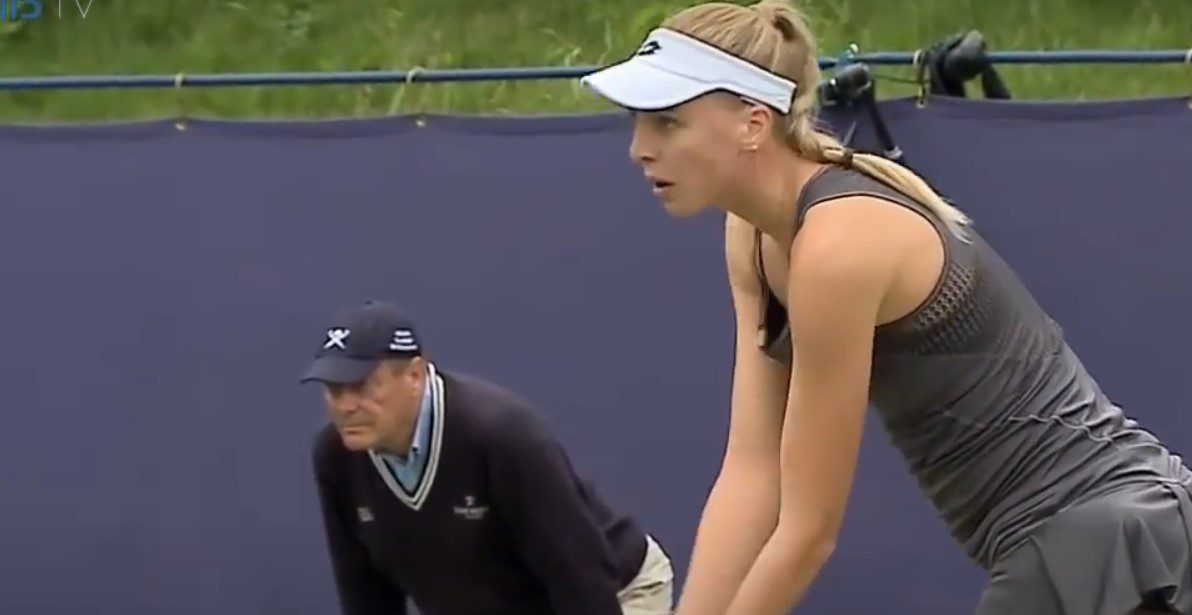 These are the most relevant moments in Broady’s career

After a productive first half of the season that saw wins in Sharm El Sheikh, Namangan, and Fukuoka, it was revealed that Broady would be given a wildcard into Wimbledon’s main draw. She defeated world No. 92 Timea Babos after falling behind a set to win her first Grand Slam match. In the second round, she was defeated in straight sets by former world number one Caroline Wozniacki, ending her impressive run. But in the mixed doubles, she advanced to the quarterfinals with Neal Skupski.

There were only a few semifinal appearances at ITF events to kick off the new season, which was underwhelming. In qualifying for the French Open, she did manage to win on clay for the first time since 2011, but she was defeated by Anastasia Rodionova in the second round. At Wimbledon, Broady was unable to hold on to her second-round advantages, falling to Mariana Duque in straight sets.

On the American hard courts, however, Broady’s season began to pick up. She earned a spot in the Washington Open’s main draw. There, she won her first match in the main draw of a WTA competition outside of a British grass tournament by defeating Jarmila Gajdoová in three sets. She fell to Ekaterina Makarova in her subsequent match, though. After defeating American competitor Robin Anderson in the championship match, she went on to win her first championship of the year at a $25k tournament in Landisville.

Broady attempted to qualify for the US Open but was defeated by Anett Kontaveit in the final round. She then competed in the Tournoi de Québec, where she lost in the last qualifying round once more but was granted a lucky loser entry into the main draw.

She battled her way through the tournament to reach her first WTA semifinal before falling to the rising Latvian star Jeena Ostapenko. It was during this time during the U.S. hardcourt season that it became apparent that using her big serve and being aggressive in return games could make it challenging for her adversaries to break her.

Broady started the year at the Auckland Open, where she won the qualifying matches against Laura Siegemund, Kateryna Kozlova, and Magdaléna Rybáriková. She won the biggest match of her career in the opening round of the main draw when she upset the No. 2 seed Ana Ivanovic. A contentious incident occurred in Broady’s second-round matchup with Jeena Ostapenko during a second-set tiebreak when Ostapenko appeared to throw her racket in the direction of the back of the court striking a ball boy in the process.

Broady approached the chair umpire to ask why Ostapenko had not defaulted even though the boy wasn’t hurt because the racket had been thrown out of frustration rather than accidentally. Ostapenko insisted it was an accident and not her fault for tossing the racket. Ostapenko received a code violation after thanking the WTA supervisor and went on to lose to Broady in three sets. A chilly post-game handshake was also met with additional drama as the two got into a verbal brawl while packing their bags. When Sloane Stephens defeated Broady for a place in the semifinals, Broady was eliminated in the following round.

Broady traveled to the US to compete in the ITF events in Maui and Midland after being eliminated in the first round of qualifying at the Australian Open. Broady advanced to the Hawaii semifinals before losing to top-seeded Christina McHale, but she did two better things by winning the $100,000 tournament in Midland by defeating Robin Anderson, a young American player. Following these outcomes, Broady made his first appearance in the top 100 in the world.

The Premier-5 At Doha

The important Premier-5 event in Doha qualifying was Broady’s next competition. After winning her first match, she was defeated by Elena Vesnina in the final qualifying round. Broady continued on to Kuala Lumpur from this point. She defeated Klára Koukalová, Yang Zhaoxuan, and Sabine Lisicki, a former Wimbledon finalist, to advance to her second WTA semifinal, where she lost to Eugenie Bouchard, a former Wimbledon runner-up. Broady achieved a new career-high ranking of 76 thanks to this run.

Broady at the US Open

Naomi’s biggest strength is her service. She has been clocked at over 120mph and has won many free points with it. Naomi is also a very aggressive player and likes to take the ball early. This can sometimes get her into trouble, but when she is on, Naomi is very difficult to beat. Naomi’s other big weapon is her backhand. She hits it with a lot of topspin and can generate a lot of power from that side. Naomi’s biggest weakness is her forehand. She often gets into trouble when she tries to hit too hard on that side and makes many mistakes.

Naomi has also had some problems with injuries in her career. She has had several wrist injuries that have kept her from playing at her best. Naomi Broady is a very talented player and has the potential to be a top player in the world. She just needs to stay healthy and play more consistently to reach her full potential. Naomi is a very exciting player to watch, and I’m sure we will see many more great performances.