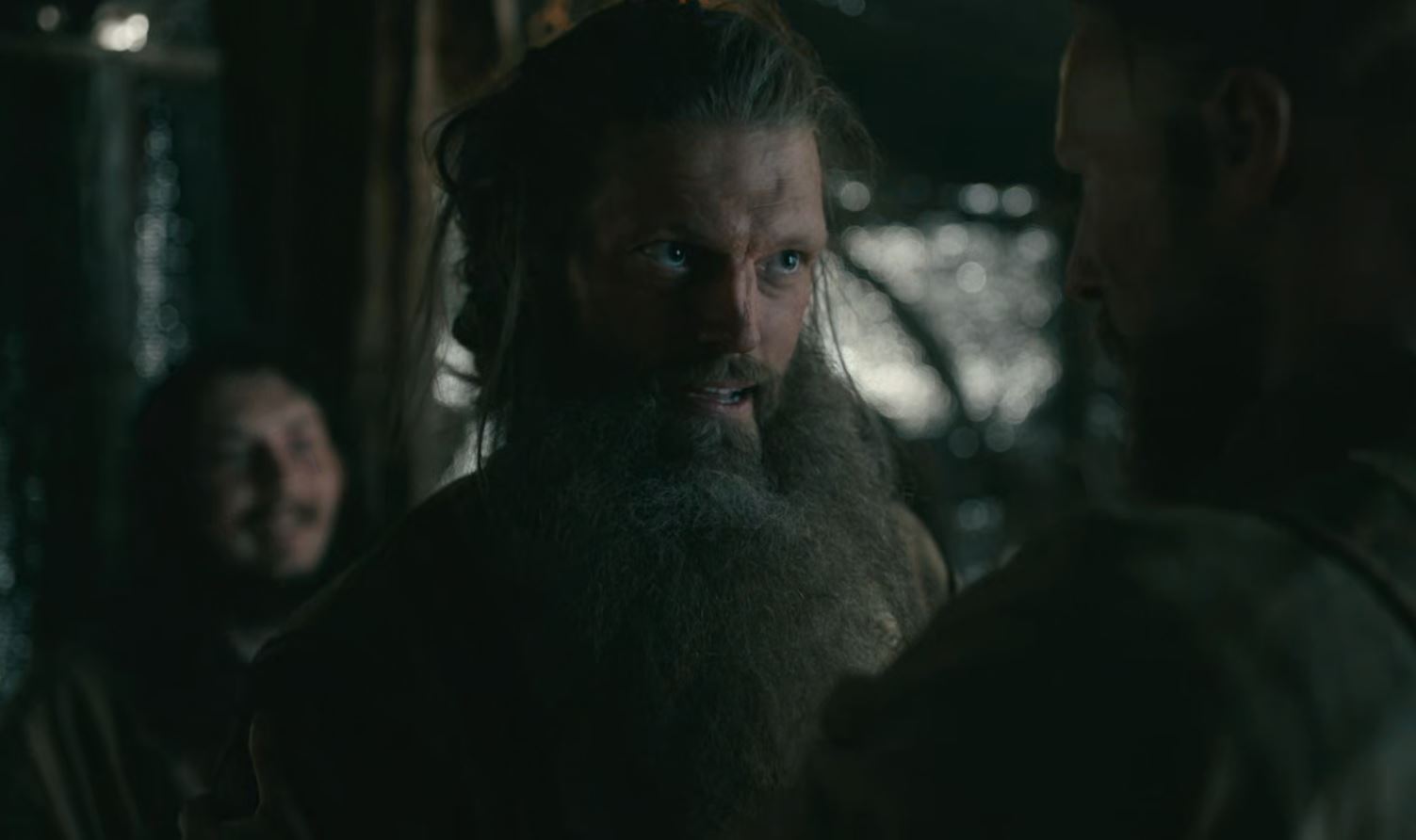 In the previous episode of Vikings, we saw three storylines move forward, building up things for an eventual clash. Ivar, along with Katia and Hvitserk, is able to successfully sneak out Prince Igor out of the palace walls. Meanwhile, in the sea, Torvi loses her daughter, Asa, to the storm. She, along with Ubbe, Othere, Ketill, and others, are on their journey to find the Promised Land. And back in Kattegat, things have started becoming complicated as Harald has returned back after his supposed death. He has stopped the election for a new ruler and has declared himself the rightful King of all Norway.

Now in this episode of Vikings titled “Lost Souls”, we follow up with these storylines. The stage is certainly being set up for a clash between Prince Dir and Prince Oleg. And this episode is geared up to give us a glimpse into the minds of the characters. It has put more focus on one on one conversations building up connections between them. Characters who were once hesitant to trust one another are communicating. 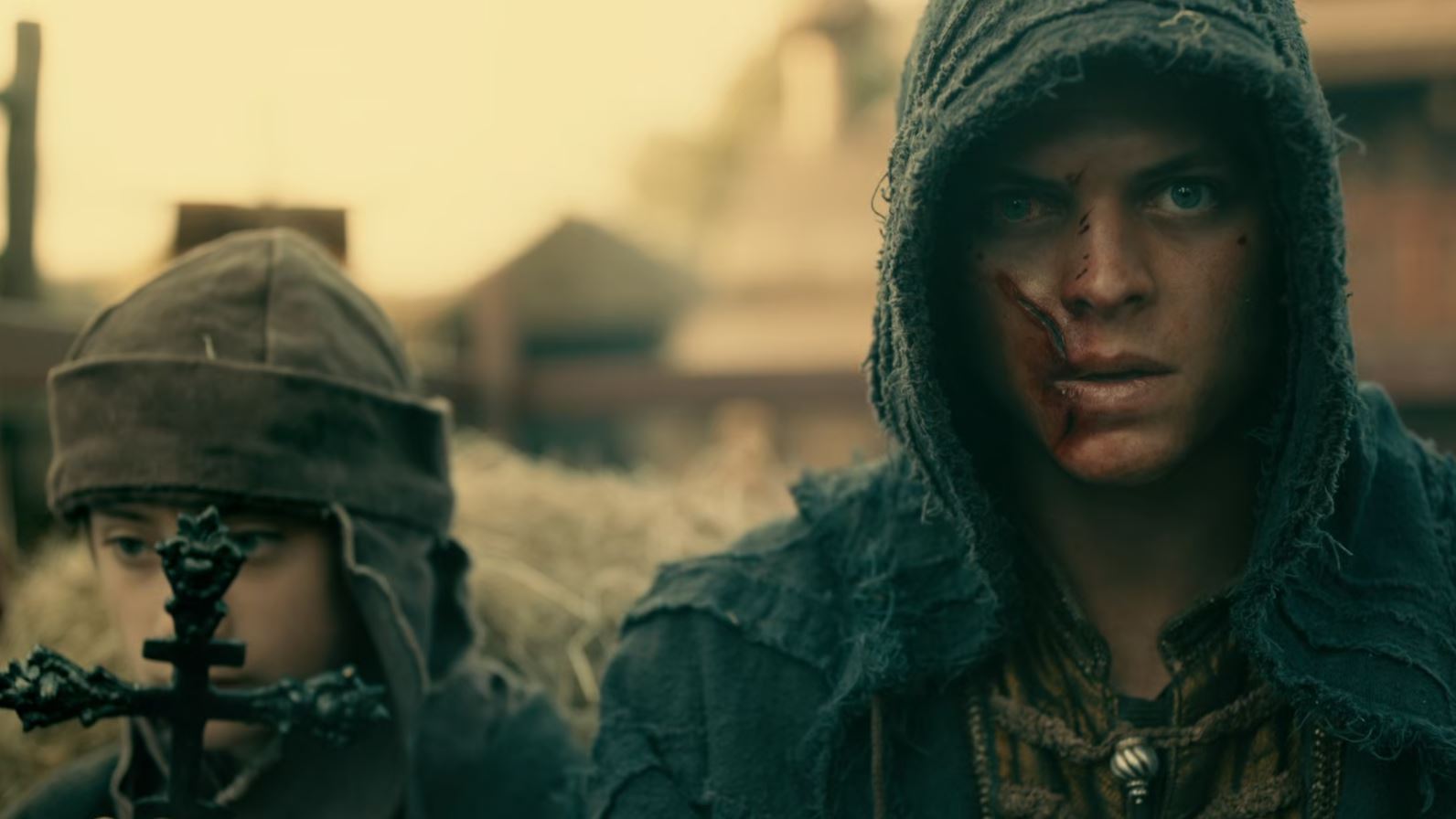 As Ivar and his crew are successful in getting through the palace walls, another hurdle has come up their way. They are still not out of Kiev and must pass through the gates, but here they face an impending threat. The rituals for Easter are going on when Prince Oleg realizes something’s off as Prince Igor was nowhere to be seen. We feel trapped in this scene as the pace is quite slow. Tensions build up as the situation becomes nerve-wracking. And we can make out how the show tries to milk this scenario. Just then, the head priest spots the cart and leads them out from the crowd. This would make us question if the person were an ally to Prince Dir. As the cart makes its way through, we see a Prince Oleg fully drenched in blood as he keeps getting lashed for the ceremony.

Ivar, Igor, Katia, and Hvitserk are safely able to make their way to Novgorod. As they enter, they are welcomed with a massive celebration on the return of Igor. Prince Dir is ecstatic in meeting Igor and thanks Ivar for his help in bringing him back. Later we visit some intimate moments as Ivar gets real with Katia. He confesses his love to Katia, who is perplexed to say something but is lost for words. This scene makes one wonder what her true intentions are as she even seems out of place, but these doubts are later vanquished. As we get to see Oleg back in Kiev with a statue of his dead wife. He is devastated in his fate of being a cuckold to a cripple and plans on taking revenge. 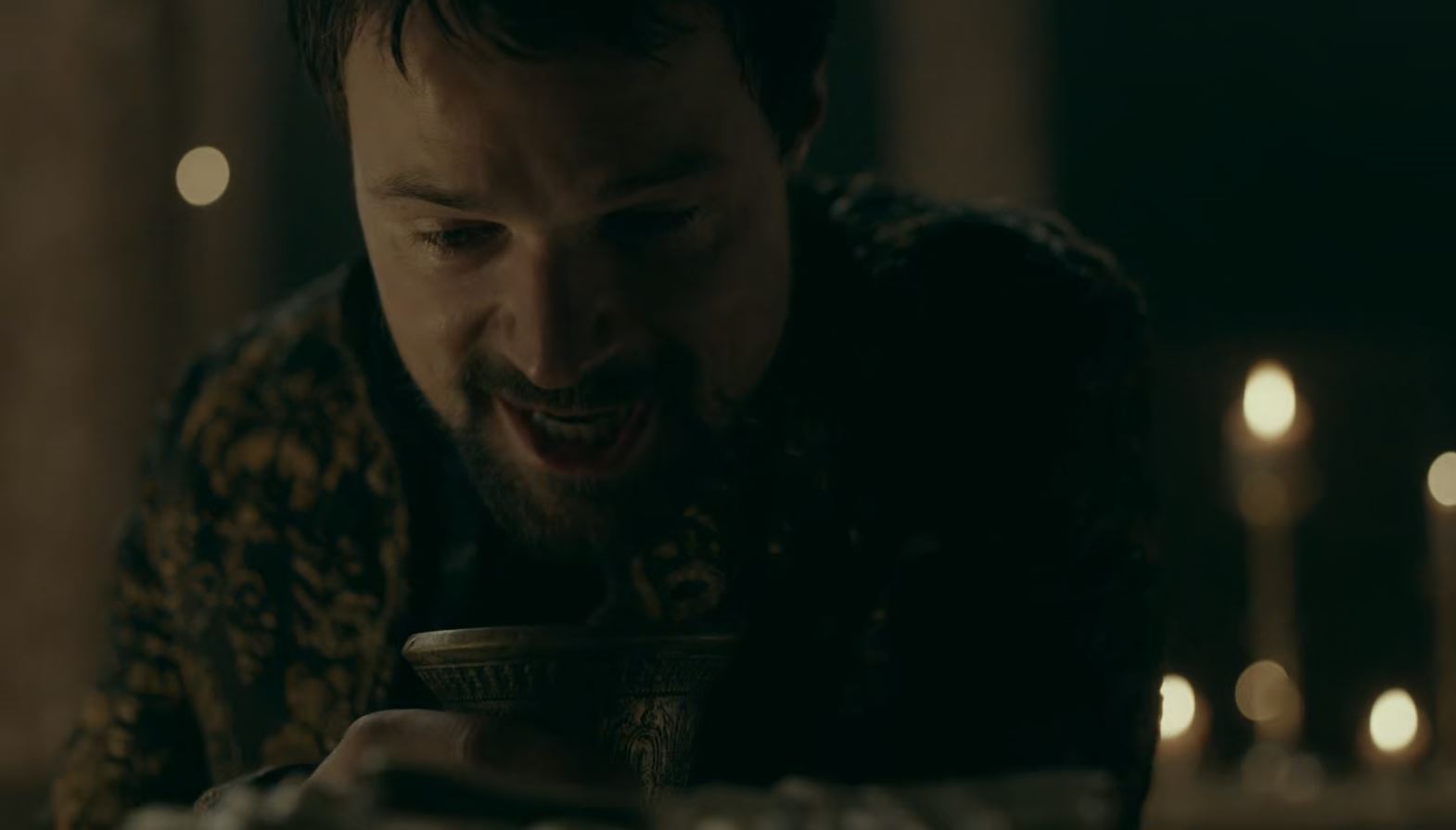 Oleg plans on taking revenge for the humiliation he faced.

After finding out that Igor is now in Novgorod, Oleg comes in front of his council to answer his fellow ministers. He makes use of clever wordplay to showcase himself as a prophet. He puts on a show as if Igor is still on his side while being in Novgorod. But things seem suspicious as his own councilmen seem to plan treason against him.

We see a hearty conversation between Igor and Ivar. Igor wanted to thank Ivar for caring so much for him. He declares how important of a person and father figure he was to him. Igor feels that Ivar helped him so much. He opens up as to how he felt like a cripple himself. He was what one would call “damaged goods” and we see how much of an effect Oleg had on him. Oleg himself was a messed up individual but threw it all down on Igor, who had no one else close to him other than Ivar. This is a very heartwarming scene as Ivar embraces Igor. And we could see a father-son form of relationship between them. But it’s also a cause for concern as this may be a foreshadow considering how Vikings love killing children. 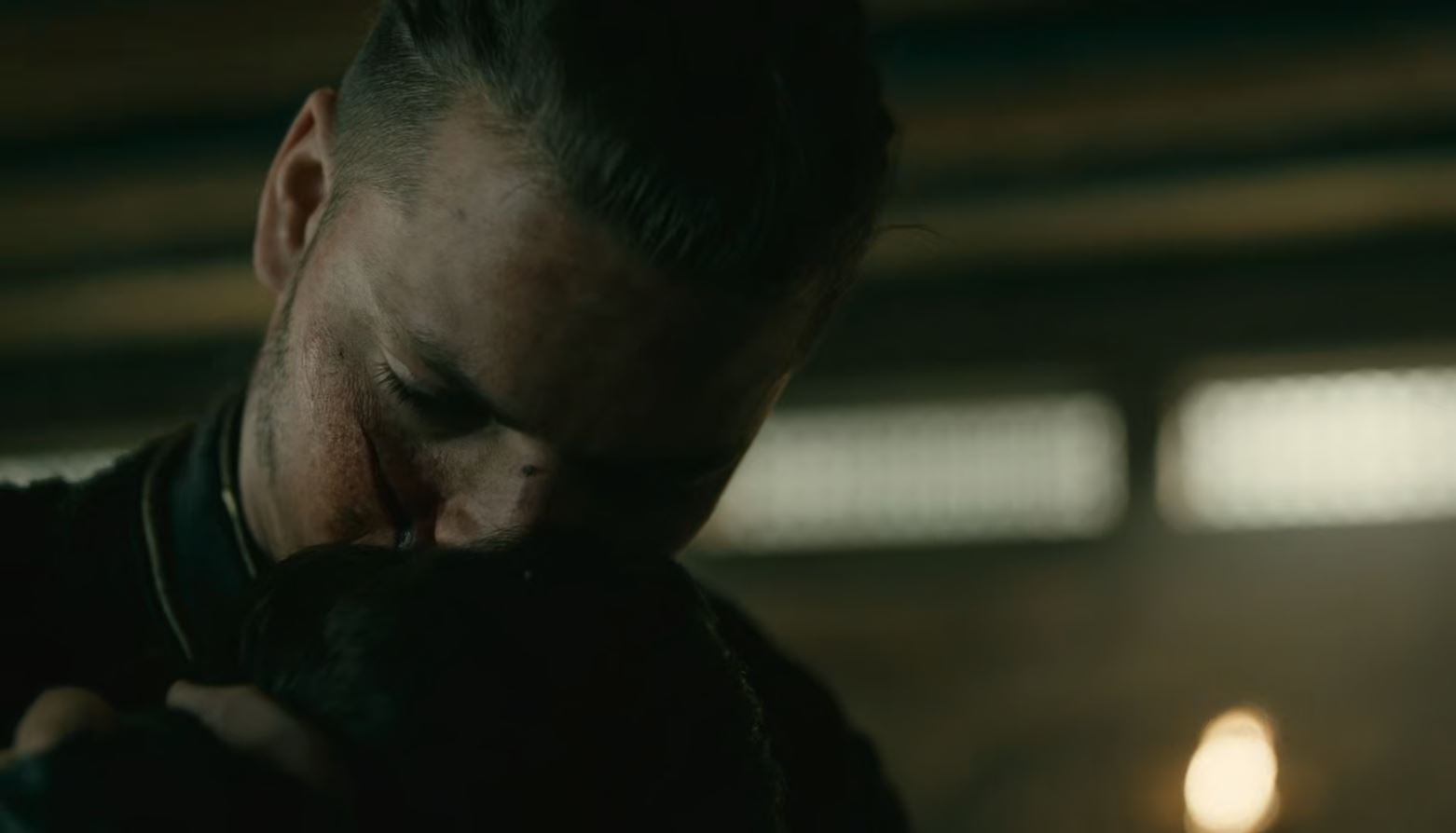 Gunnhild and Ingrid, widows of Bjorn both, have a history with Harald. They both understand what kind of person he is and do not wish to be with him. Harald, who had now claimed the throne of Kattegat, wanted a Queen by his side, so he approaches both of them. His approach to Gunnhild is humble and soft as he tries to incite an idea that their fates were intertwined with one another. Meanwhile, Gunnhild cannot imagine Harald as a replacement to Bjorn. But could only ever be the lesser version of him. We even get to witness imagery where Gunnhild holds a knife to her throat. Giving us an idea, how she rejects the idea of a Kattegat where Harald replaces Bjorn. 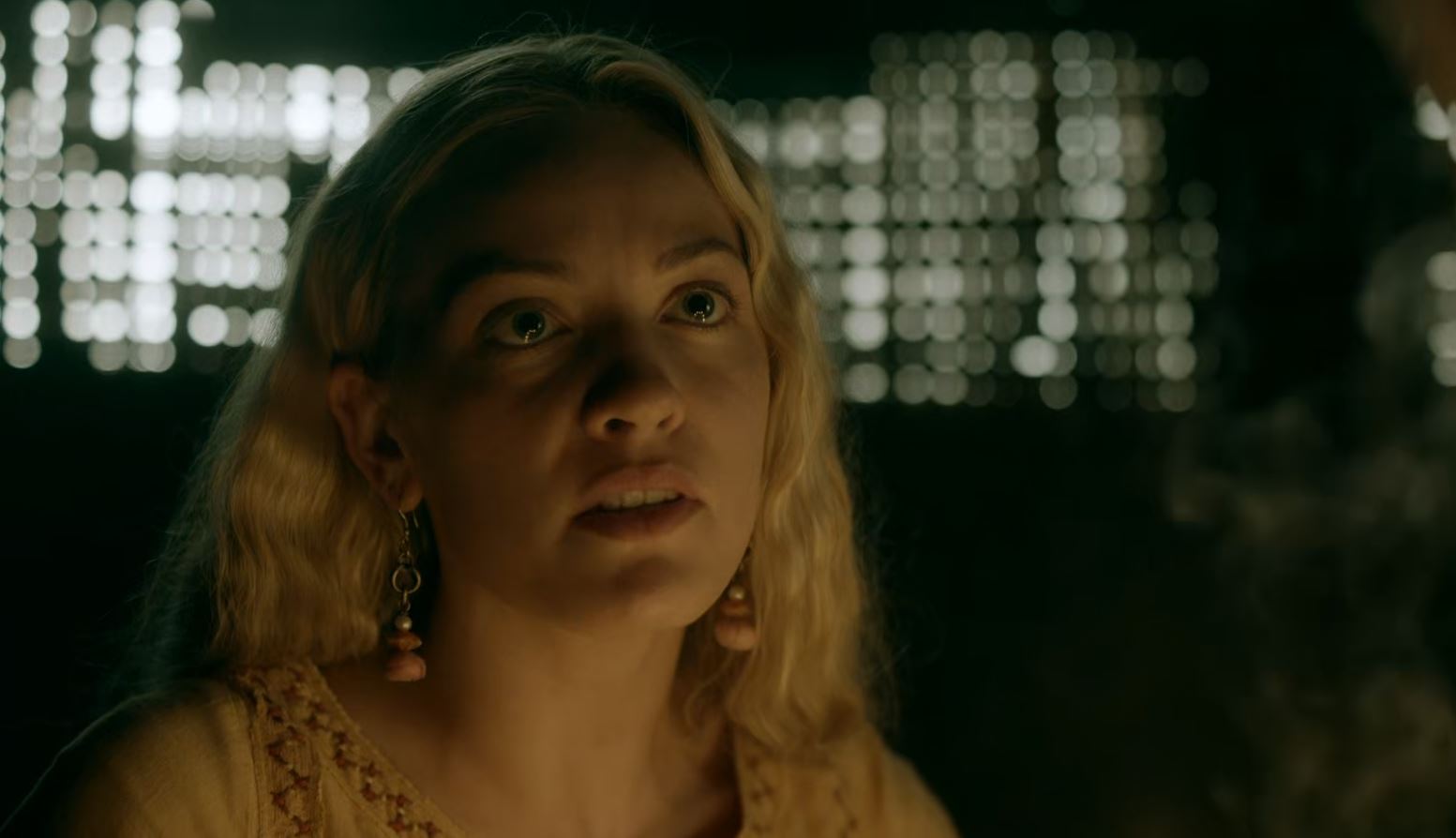 Ingrid and Gunnhild find a common cause to work on.

Meanwhile, Harald’s approach to Ingrid is completely contrasting as we see his worst side come out. Harald had previously raped Ingrid, thus creating a possibility that the child Ingrid was carrying is his. Gunnhild and Ingrid both find a common cause within themselves. As even before Bjorn’s death, they didn’t hate each other but only had conflicting goals.

From the very first appearance of Skane, we can feel how much of a suspicious character he is. With his weird glares and un-shown conversations with Gunnhild, we think something is up with him. Harald has a conversation with Eric Skogarmaor. Harald knows much of Eric’s past and questions him of his actions, but Eric defends himself. Even so, Harald trusts Eric more than Skane and would like to make him his head of bodyguard. Skane hears of this as he is present there eavesdropping on the two. Skane later goes to Eric in order to plan treason against Harald, making Eric the new King. Eric pretends to go with the plan only to behead Skane in front of Harald to prove his loyalty. Harald is crowned the King of all Norway as he names Eric his Head Bodyguard and declaring his intention of marrying both Gunnhild and Ingrid. 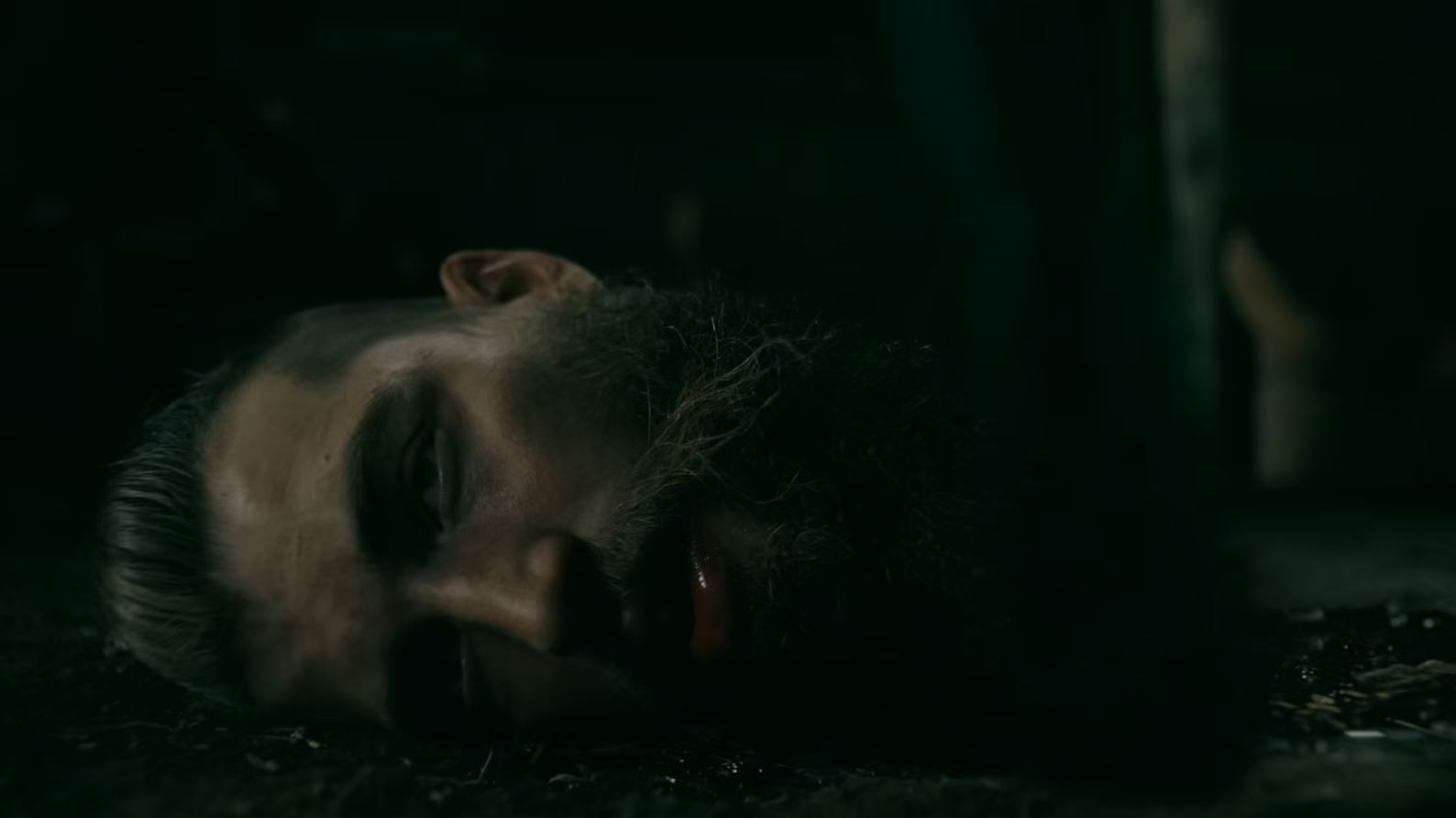 Eric beheads Skane in front of Harald to prove his loyalty.

Out in the seas, Ubbe, along with the crew, make their way to a new land. And even before they set their feet, they realize that they have reached an unfertile land. It was a rough and cold terrain, which completely contradicted what they had in their mind. They had faced such a difficult journey in search of a prosperous land so that they could live happily. But now tensions have started rising as the families all feel tricked and swindled by Othere. The only two options they had in front of them were to either head out to sea again in search of the Promised Land or stay and develop the land under their feet. They choose to stay and divide the land between them in plots. We even get to see the marks made by them in an aerial shot. 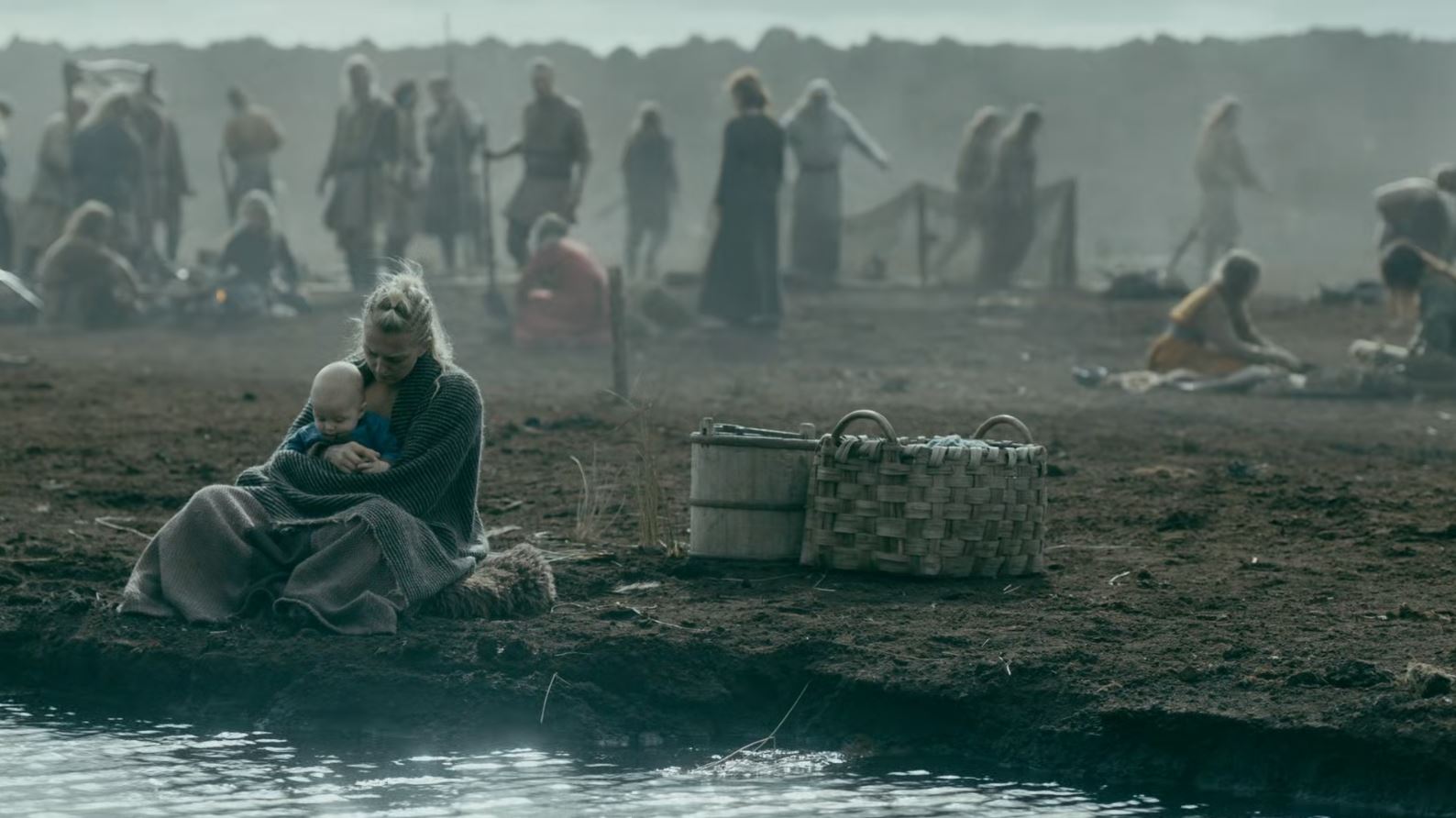 The crew settles in the newfound land.

They soon are able to see a flaw in their system as an object of inequality pops up. As the new inhabitants are out of food and fuel, a whale lands on the land. People would view it as a gift from God to keep them alive instead of acting as a key to driving them apart. As Ketill claims that considering the whale popped up on his land, it was rightfully his property, and he refused to share it.

This episode of Vikings was yet another which focused on building the narrative. And in setting up events for the future, it surely has done an excellent job. We see some touching interactions between the characters. That too from ones who wouldn’t have previously trusted one another. “Vikings” surely has good storytelling as none of these scenes seems forced. And they feel like they were well thought of before bringing them to life. We get to see how Torvi comes to grips with the loss of her daughter, Asa. And how Ubbe refuses to go give up on his quest so as to not return to Kattegat a failure. Tensions have started rising within the crew as people aren’t able to trust Othere, who feel they are being swindled. Overall, this episode is successful in its attempt to take a step further to the doorsteps of a final showdown.

Read: TV Show Review: “Tandav” and the Controversy Surrounding it