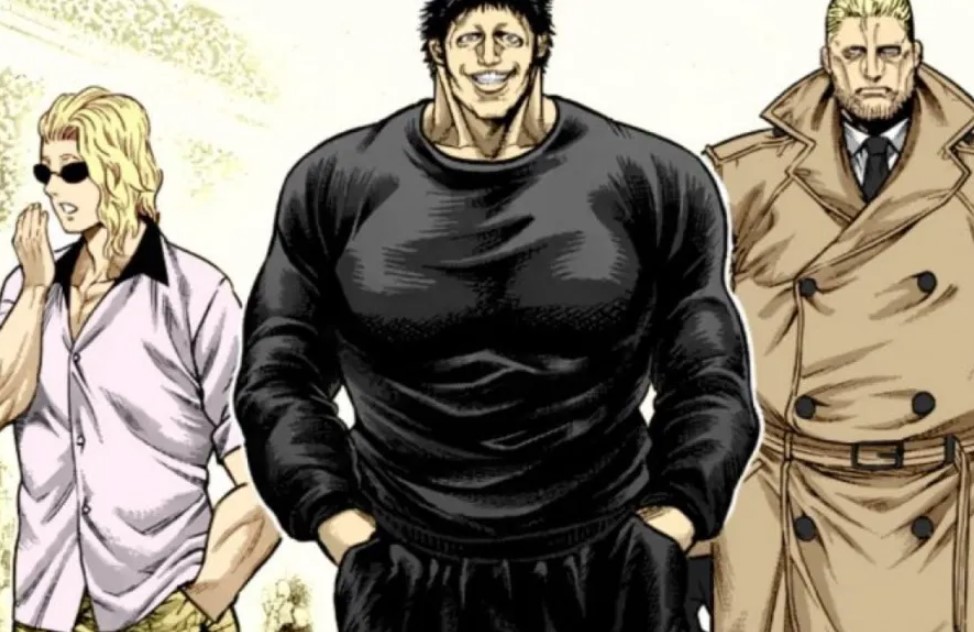 The battle between the Demon vs the Fang still continues.  Jerry reveals that everything is on Agito’s shoulder since it is a match that Kengan Association can’t afford to lose. Agito wants to make Lutian naked by tearing his jumpsuit using his punches and kicks. He then landed a question mark kick that put Lutian down on his one knee and followed by a spear. The spectator shouting that both fighters are the same. Lutian and Agito are in the same stance, copying every move they are doing. It is surprising maybe it is some kind of coincidence for the same style fighter to be in the same ring.

At the stand, Omori Masamichi and Takayama notice that the fighters are using the same techniques. Katahara Metsudo thinks that he should have known that there was more than one worm. Earlier Lutian wanted to unleash a Wuwang fist but Agito send s him flying will a heavy kick. Agito went near him while he is still on his butt and tells him to use it. Lutian gets up and shocks everyone by showing a tattoo on his tongue of a worm. Agito jumps back and said it is time for him to take Lutian back to reality. Back to the present, both fighters get ready to clash again. 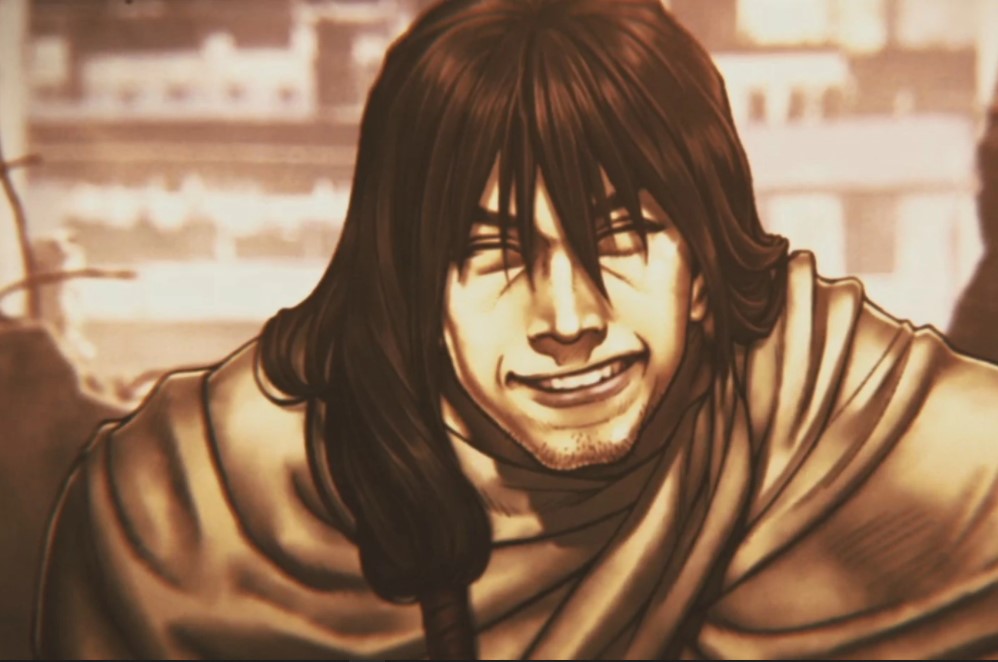 Ren comments that the man they are looking at is the one and only Lutian and Nogi said that their investigation clears Lutian that he is not an imposter. Katahara said that Ren is right they are looking at the original Lutian. Katahara also explains how the real worm is like and how the imposter is like. Inside the ring, Lutian is glad that they couldn’t find who he was until today.

All the time when he was around his comrades they couldn’t find out who he was until today when they witness his real strength. He started to shake the ring around his finger. He tells Agito that they both survived the same hell. Lutian said that it will be alright when he is sending Agito to hell since they both walk the same path. Agito started wondering if Lutian was the head of Gu before and he knew that he is the survivor.

Agito remembers back when they were recruited in groups and told that they have to kill each other to survive. The fighters have to fight for their lives until one survivor is left. Agito notices that it was Lutian who make them walk that path and he was their head. It happened inside room 187 where Agito and other fighters are locked inside. They were told that it will be opened after 3 months and they were given ring that works as a tracker.

Once it came off the person is considered to be dead. They were given enough food, air, and water for them to just survive for 3 months. It was survival of the fittest and the master has high hopes for Agito. The door gets closed and the face of Tokita Niko is shown and he wishes good luck for everyone inside the room.  Lutian has the ring with a symbol showing that he was also inside room 187.

That makes Agito know that Lutian is also the survivor and Agito realise that Tokita is the man who taught him Martial Arts. He also remembers that Tokita Niko was not the same as Tokita Ohm’s master Tokita Niko. Agito is trying to find who Tokita Niko is and which one is the real one. Agito decides that he will make Lutian spill the bean by beating him. They both started to exchange powerful blows.

Agito landed a powerful right hook that connects with Lutian chin who fires a hummer blow at Agito’s face. The two started to land powerful punches without defending. The exchange of barrage punches continues and it shocked the fighter at the stand. Koga is shocked asking what is he watching since he has a fist eye and was able to perceive the back and forth. He doesn’t understand what he is seeing and the fighters started going at each other while dodging.

The fight has become a tricky one confusing the commentator and all people inside the arena. Agito and Lutian stand to their ground in the middle of the ring hammering each other. Koga is wondering why he is able to keep up with their moves. But he does not what they are throwing at each other and he realizes that’s why Agito was the top dog of Kengan Matches.

It has been revealed that five minutes have already passed and both fighters are still evenly matched. Agito surprised everyone by backing down at his home turf and Lutian asks if Agito can see the difference between them. Agito remembers that he has survived the Gu chamber and become the student of Tokita Niko. He realizes that his techniques are far better than Lutian since he escaped.

Lutian reveals that it’s Tokita Niko who has abandoned the Niko style. Niko taught both of them the ultimate technique called formless. Lutian said that he knows why it is called formless and he is the one better at using it. Agito wants to show Lutian that he must not underestimate his martial arts. Lutian reveals that he is the perfect practitioner of formless and Agito is imperfect formless.

Kengan Omega Manga is available online on the Manga One magazine and mobile app, so you can support the creator by buying the magazine. You can read the Kengan Omega latest chapters online on unofficial sites, but we highly advise you to support the official release as it supports the creators.