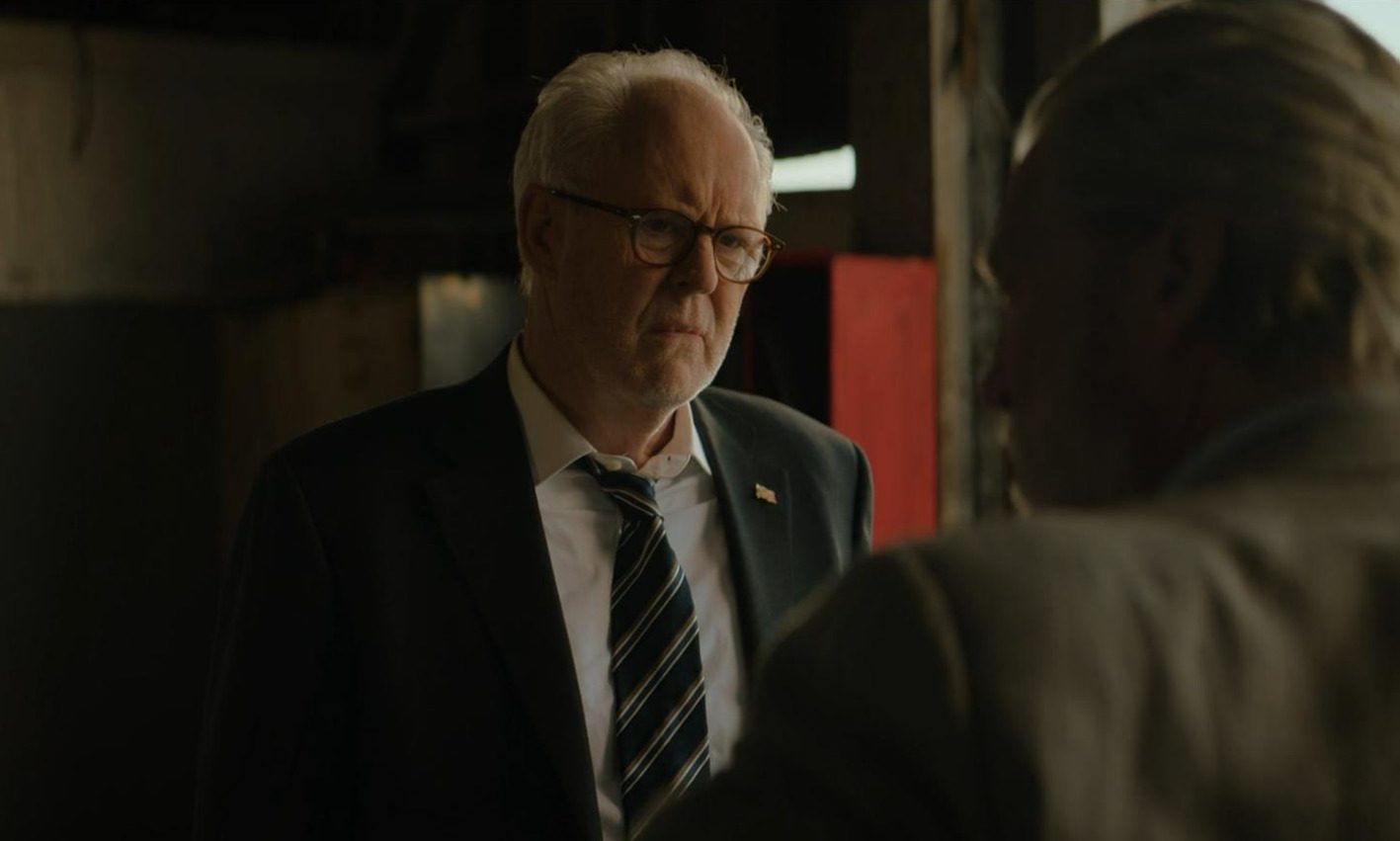 Let’s talk about the possibilities of The Old Man Season 2. Although Jeff Bridges is 72 years old and not getting any younger, this could be good for FX. The Old Man, a thriller from FX based on Thomas Perry’s 2017 novel with the same name, stars an Oscar winner as the lead. The show centers on veteran Dan Chase, a former CIA agent who has been living in secrecy in Upstate New York for the past three decades. Dan is forced to go into hiding after killing a house thief. The triggering incident sets up a vicious and strategic cat-and-mouse game, one that FX plans to continue in season 2.

The Old Man was renewed for Season 2 by the cable network less than two weeks after its June 16 premiere. The Old Man had the highest cable series debut audience since January 2021. The FX show’s season debut, which is also available to stream on Hulu, has received the most viewers ever. Given its early success, it goes without saying that The Old Man will return for more action. Here is all we currently know about the second season of Jeff Bridges’ spy drama.

Dan learned from Pavlovich how Abby “cultivated” him as a university student in Russia and used him as a resource in Afghanistan. Dan worries that if the truth had come out, she might have done the same with him to get her out. Waters calls Harold at that same moment to inform him of the situation. He finds out Waters’ location and goes there. In yet another of Emily’s dreams, we witness her talking with her mother’s ghost, who refers to her as “freckles.” She moves toward a sobbing Abby beneath a closed ground door, but she is unwilling to open it. 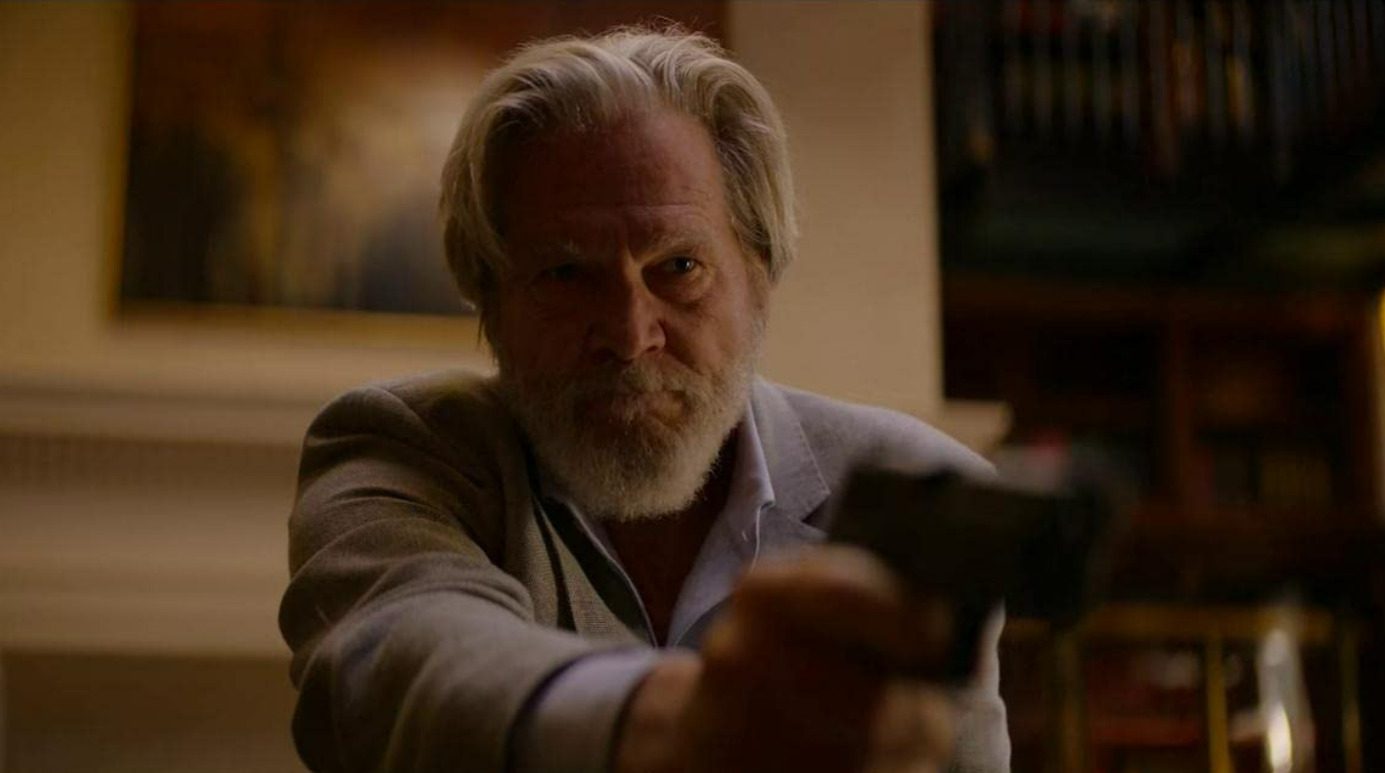 When she finally wakes up, she sees that Bote’s squad is attempting to rescue her. To pave the way for Waters and Marty to rescue Emily, Julian kills Hamzad’s soldiers by himself in classic alpha style. A woman who turns out to be part of Hamzad’s camp stops them and shoots them both to death. The Moroccan secret services want Harold to stop and turn away. But he and Dan make a different choice. Dan starts the car, Harold takes the wheel, and they drive off to their destination.

When Dan and Harold arrive at the destination, they discover that Marty and Waters have both died, and the van is empty. Dan tells the truth about the manifest and the reason Hamzad contacted him about the aircraft, and Harold regrets their situation. That same day, three people actually hopped on the flight, as opposed to just Dan and Abby. The third was Hamzad’s daughter, who traveled to America with Abby and Dan. To keep himself and Emily safe, Dan kept it a secret. She was present in the room, which prevented him from killing Hamzad that day. Therefore, Emily is truly Hamzad’s child! 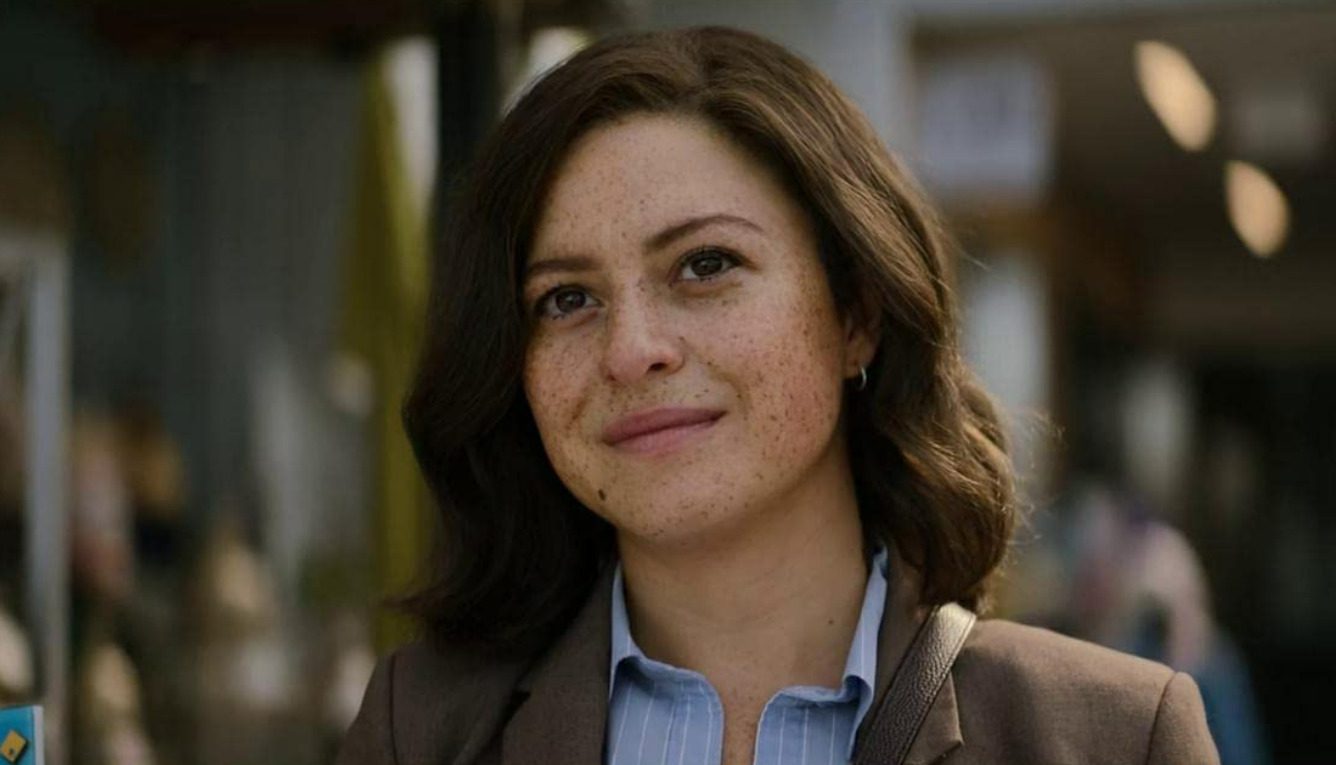 When Dan and Harold arrive at the destination, they discover that Marty and Waters have both died, and the van is empty. Dan tells the truth about the manifest and the reason Hamzad contacted him about the aircraft, and Harold regrets their situation. That same day, three people actually hopped on the flight, as opposed to just Dan and Abby. The third was Hamzad’s daughter, who traveled to America with Abby and Dan. To keep himself and Emily safe, Dan kept it a secret. She was present in the room, which prevented him from killing Hamzad that day. Therefore, Emily is truly Hamzad’s child!

There isn’t any proof that she was the only cause of his hatred against Dan, but given how the season finale played out, it certainly seemed that way. The fact that Abby refused to tell Hamzad where the mine was in Pinjshir, which would have allowed him to win the battle, lends support to this theory. Both of those things together imply that he was after Parwana or Emily all along. Will she give up on her “fathers” so easily, or will she put up a fight and return to them? Let’s just wait for season 2 for that.

The Old Man’s first season was announced by FX in 2019; however, the network had to halt filming twice because of the COVID-19 epidemic and Jeff Bridges’ diagnosis of cancer in 2020. The Old Man finally resumed filming with Bridges and wrapped up production in the early months of 2022. We can assume that Season 2 will see a less disruptive filming schedule because Season 1’s production schedule was so disrupted by unexpected events. If nothing goes wrong, Season 2 will probably start airing in the middle to the end of 2023. 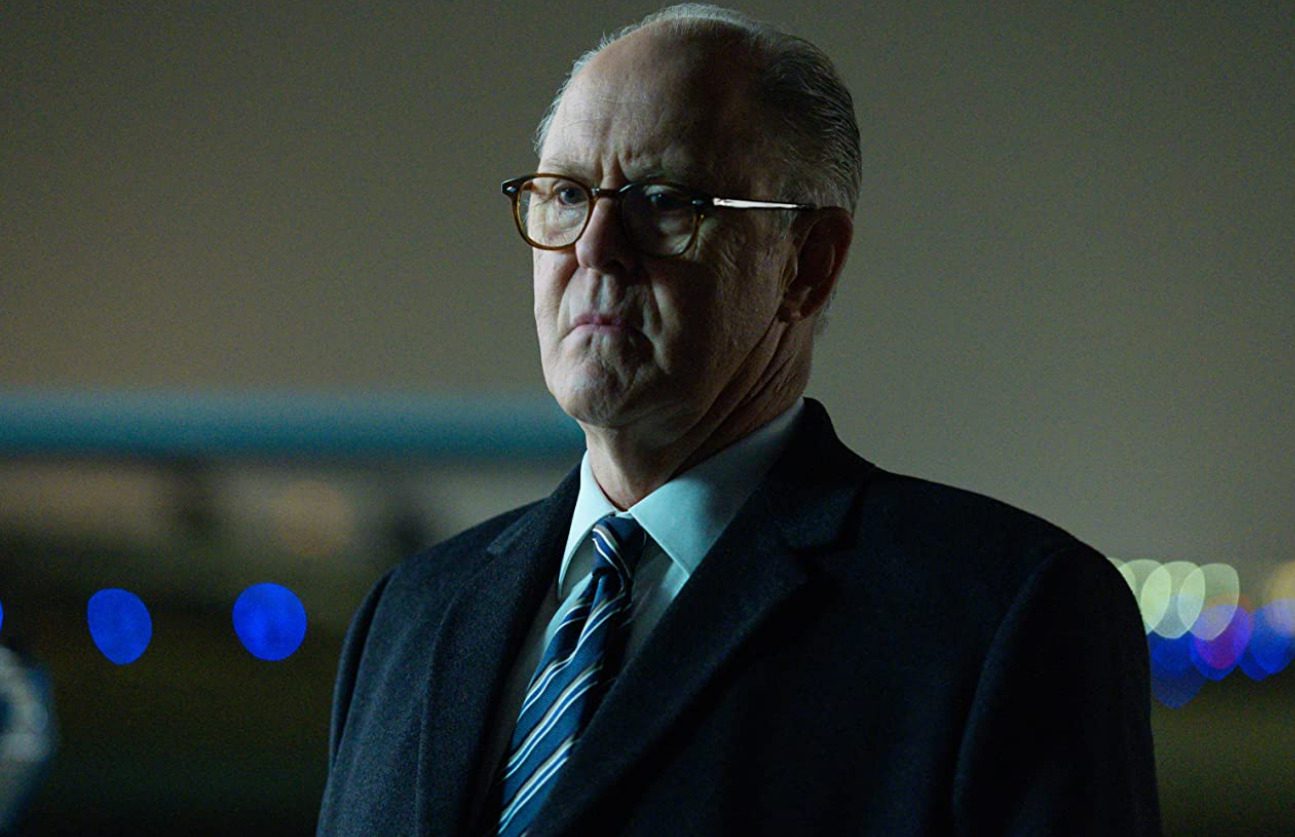 Additionally, we want to emphasize that everything at this point is just speculation. Therefore, fans should be patient as the network will confirm this information in the upcoming months; as a result, they should keep an eye on it.

Makers On The Old Man Season 2 And Support

With Season 2, Littlefield, Steinberg, and partners promise to “raise the bar yet again,” thanking the network and studio for their “unwavering patience, faith, and support” for season one. Eric Schrier, president of FX Entertainment, praised Dan Shotz, Jonathan E. Steinberg, and Warren Littlefield for their work on The Old Man, which “delivers on the tremendous intrigue and stunning action of Thomas Perry’s book.”

He also said that they are delighted to get to work on season two alongside their friends at 20th Television and this amazing team because of the stellar cast, led by John Lithgow, Jeff Bridges, Amy Brenneman, and Alia Shawkat, is really “engaging with audiences.”

The key characters will undoubtedly return for Season 2. The second season will feature Amy Brenneman, Jeff Bridges, and John Lithgow as the main cast members. There are questions about whether Alia Shawkat will return for Season 2 because her character’s future is uncertain going into the Season 1 finale. As for the remaining cast members, if they wish to remain in the show, their characters will have to face Dan Chase’s anger. But even if they succeed, it doesn’t seem like Season 2 will be that fun for them. 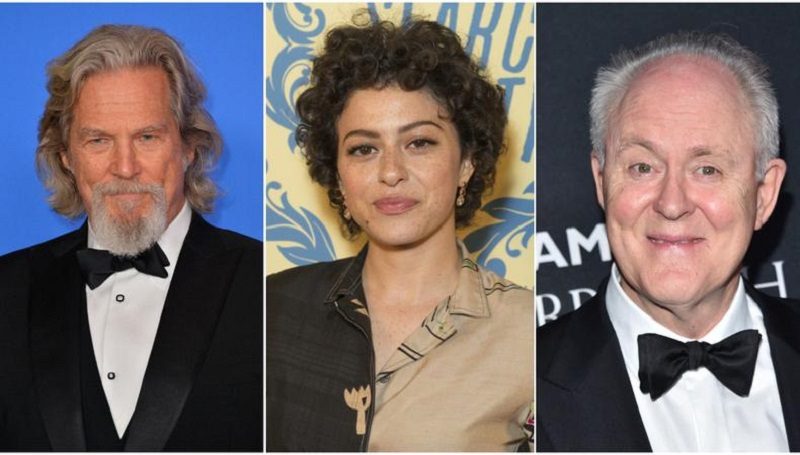 If Chase isn’t caught first, Season 2 will presumably focus on the consequences of the chase. In Season 1, he encounters Zoe while escaping, and she ends up becoming his ally. They both wind up in Harold Harper’s sights, an FBI agent with a focus on counterintelligence. Because of their shared troubled past that comes from the Soviet-Afghan War, Chase is the one he must catch. Harper enlists the help of his student Angela in his search for Chase, while in another location Julian Carson, a hitman, is also after Chase.

We’ve learned some shocking information about Dan and Abbey Chase. Although we still don’t know why she left Faraz Hamzad, we do know that she was secretly spying for the Soviet Union to help his cause. We’ve also discovered some fascinating information regarding Harold Harper and Angela, who is really Chase’s hidden daughter Emily. Not to mention Chase and Harper’s strange father, Morgan Bote, who hid Emily in Harold’s workplace before taking her away from them both. 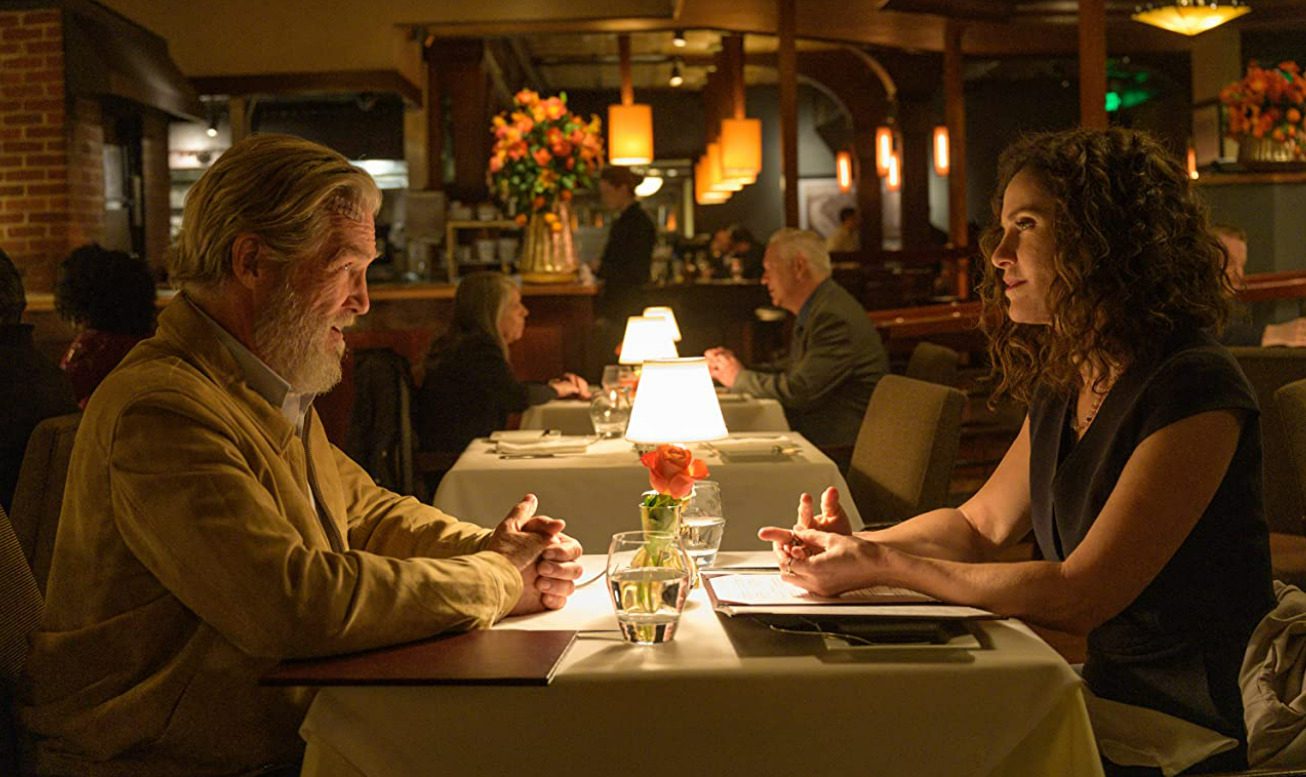 Despite being the inspiration, Thomas Perry’s book is a stand-alone story. Without a book sequel, Season 2 of The Old Man might have to go in an uncharted direction. Only if Perry’s book has been faithfully adapted.

We are particularly interested in learning what Faraz Hamzad wants from Chase and Harold. Obviously, Hamzad could just be upset at losing his wife, but I think there’s more going on here. The involvement of Morgan Bote and the activities of his multiple assassins are also a mystery. Julian Carson and his brother, both Bote’s killers, feared in episode VI that Bote was losing his touch. Can Bote be defeated, and if so, who could succeed him?

We still don’t know a lot about Chase’s relationship with Abbey/Belour during his younger and older years. We’ve seen her accusing look in his dreams, and based on Chase’s statements, it’s obvious that something happened to prevent either of them from ever looking at the other with the same intensity. Additionally, we need to know what Angela/Emily will decide. Will she ultimately take responsibility for Harold in an effort to defend him? Will she stay by his side, or will she turn away to help her distant father? What role does Zoe—a confused divorcee and potential new target—play in all of this?

Also Read: Slow Horses Season 2: What Are The Chances of Renewal?