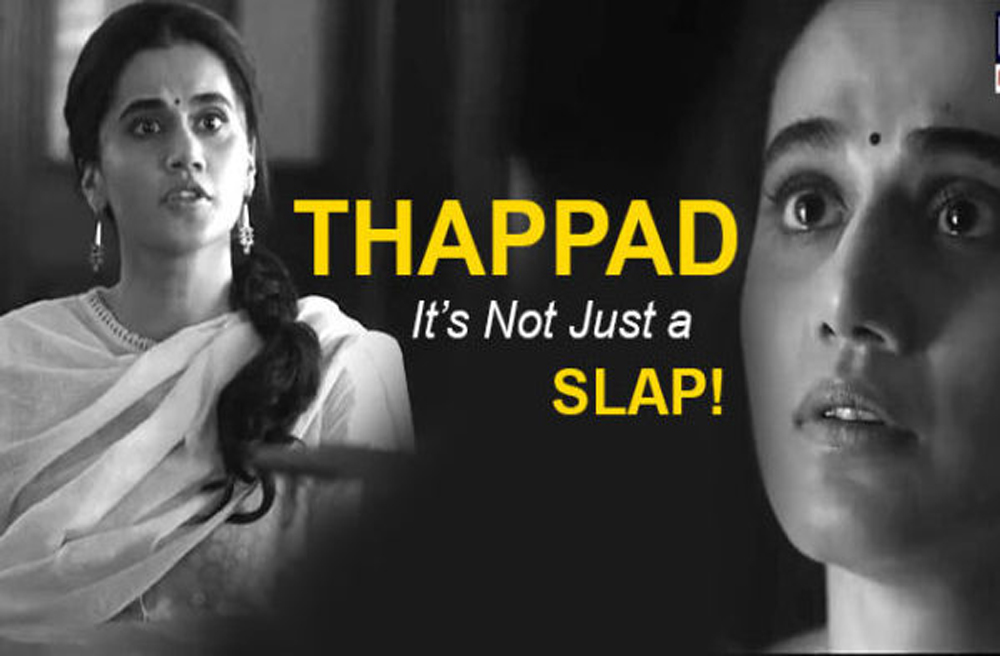 Thappad is a woman empowered dramatic Film of 2020 that stars the gorgeous Tapsee Pannu, and she has left no stone unturned in her performance to portray a strong independent woman that has no fear of our male-driven nature of workplace and surroundings. This feminist and overwhelming  Indian drama is directed and written by Abhinav Sinha and produced by Bhushan Kumar of T-Series.

The movie entirely revolves around the one question all the women might ask themselves in utter sadness, “is it alright, for a man to slap her?”. The straightforward looking question doesn’t have a simple answer, or should I say, it has no answer at all? Taapsee Pannu, who plays the role of Amrita, strives to figure out whether her life and its purpose are just to satisfy a male ego or not.

The dramatic screenplay has some famous names and faces to look out for,

Thappad is an Indian drama of an upper-middle-class family located in the heart of Delhi. Amrita, who is beautifully played by the very talented Taapsee Pannu, questions herself after being slapped by her husband. Thappad isn’t just a common question every woman today can ask, and it is a story that portrays a human being’s ego and his/her way of defending it. After being slapped right in the face, the slap echoes in Taapsee’s mind, and further, she asks for a divorce, and this is when the film reaches an interesting phase as the male ego is being tested on a very dramatic level. Amrita, played by Taapsee Pannu, then evaluates her marriage and relationship that she has with her husband and strives to take a stand for herself amongst the male-driven society she lives and breathes in.

Thappad: What’s it about

If you are looking for a self-driving and brave story that showcases how a woman should be treated, this is a must-watch movie for you. Especially if you are a woman,  this is not only a question to your very own consciousness, but it is a question to each and everyone who thinks ego has a bigger hand in our very own society. Thappad is a perfect example of women empowerment, and it’s strength in our today’s male-driven culture and tradition. In a society that has way too many judgments to pass on for women and their decisions, this movie helps the viewers understand the mind-set of every woman tired of such mediocre thinking of the society we sometimes, are proud of.

The movie was officially released on 28th February 2020, and it was able to overwhelm the audience with powerful performances by each and everyone in the cast. Although there is no official announcement as to when the DVD release will talk place, as we’ve been struck by the Coronavirus pandemic, some inner sources have broken the ice and have made it a possibility of the movie being available on DVD by mid-August or beginning of September.