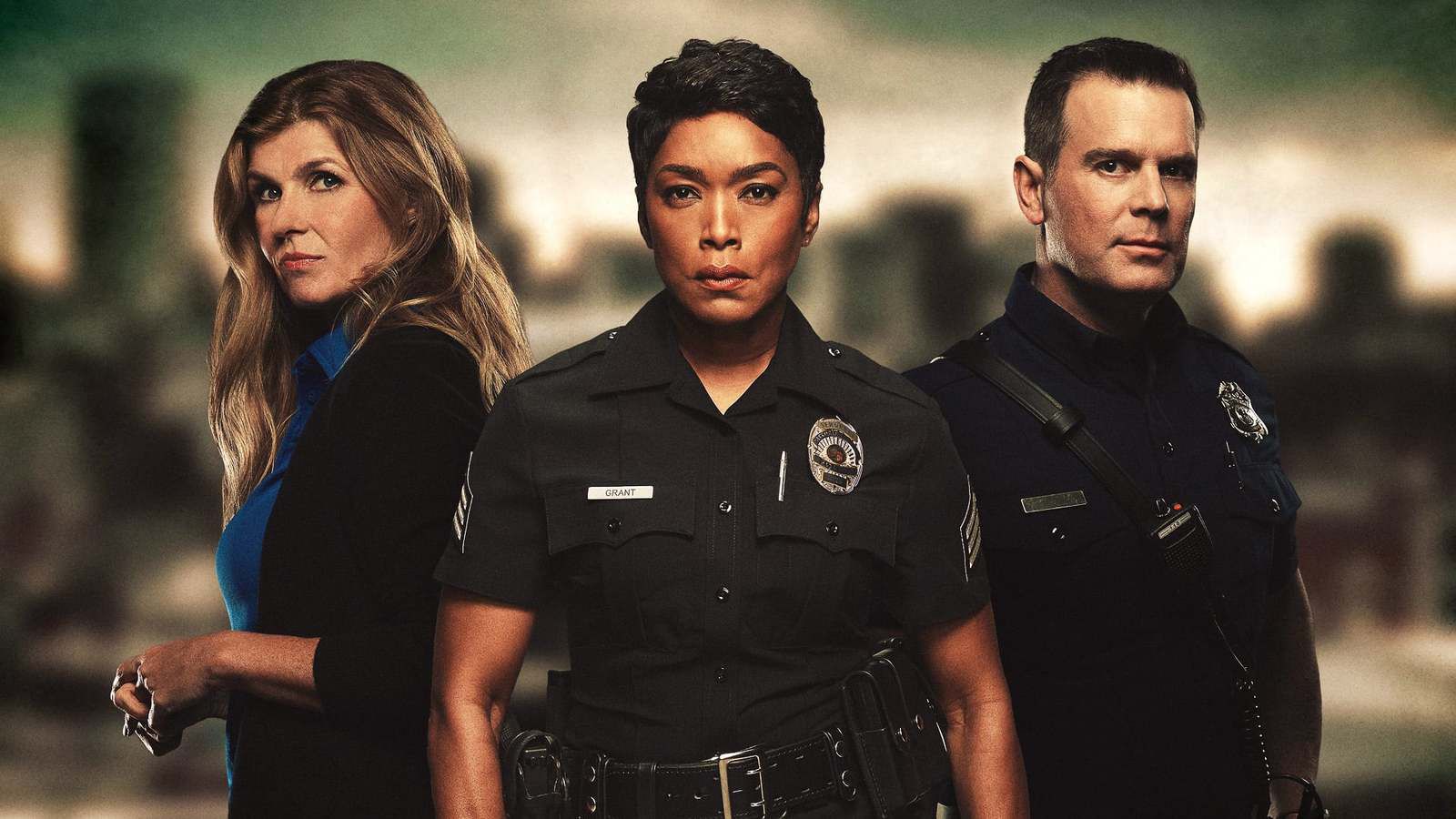 What an amazing 17th episode! We couldn’t believe our luck when we saw Connie Britton as the extraordinaire Abby Clark in 9-1-1. She looked like she was back in Los Angeles to stir up some new trouble. Abby didn’t arrive onscreen until the end of 9-1-1. It is here we knew she was supposed to do things we’d never imagined she would.

Since Connie is back on 9-1-1, her presence will be significant and impactful, for sure. The show is headed towards a disastrous finale episode, we know for sure. The catch, however, is that Connie is going to be a part of it. How that happens remains to be seen. We do know that Connie’s last-minute inclusion is loved by the fans. They can’t stop praising her enough. She brings unmatchable energy to the table. And we cannot beat that in any way. Come what may. We love Connie Britton and we think we are in for a surprise, just as the cast in. So that’s a double-edged sword right there, both real and reel!

Let’s talk about the actual episode now. There is one more episode left in Season 3 of 9-1-1. With that, the entire show will come to an end. In this particular episode, credit cards and weird texts dominated the scene. Karen and Hen had major relationship trouble as it was seen that Karen suspected Hen of cheating, yet another time. Suddenly Chimney came into the scene trying to help Karen to uncover Hen’s truth. Karen should for once learn to trust Hen. Because later, it was found that Hen wasn’t cheating but taking the MCATs to get into a medical school. Boy, were Karen and Hen embarrassed. Although Hen is finally going to follow her wish, we still will miss her do what she did the best. Chimney is sad to find out that pretty soon, his favorite member of the 118 is going to bid goodbye.

We saw Maddie receiving a phone call from an odd woman. This woman was the victim of a train mishap. It is shown that on her way to L.A.’s Union Station from Phoenix, her train had derailed. So that’s the context of the phone call. The caller asked Maddie to help with this casualty situation. Something to which Maddie replied that she’d done this before. The caller said, “mass casualty situation” for the train mishap. At this point, we weren’t told who this mystery woman was. The caller did she say she used to be a 9-1-1 dispatcher. Even if we wracked our brain for clues, we couldn’t find one about who this caller was. Where he was from or what his purpose in life was.

We’ll give you a brief tete-a-tete of the situation. The caller said that she was on Maddie’s end of the line. Before she could find the second part of her sentence–“I used to be a,” we were informed that it was Abby! Who would have thought? Not me. As soon as it was revealed that this woman was Abby, we couldn’t help contain our excitement. We wouldn’t say her way of introducing herself was odd or off-putting. But it sure took us by surprise. We loved every moment of the phone call and Abby’s revelation. Neither the promo, not the fan speculation gave us the tiniest bit of hint that this. And that’s why we love the show so damn fantastic. It’s the third season of 9-1-1, and we know it’s headed to be a significant success. The big reveal, the mystery women being Abby compounded in Britton’s return to the show, served as a surprise for people who wouldn’t have expected it to be a whirlwind in the penultimate episode. So if we say it is going to be a trainwreck of a finale, we mean that literally and figuratively. We are not just saying it for the heck of it.

Besides Abby’s surprise phone call, the focus of 9-1-1 was on Athena Grant. We’re sorry we didn’t talk about her sooner. Remember that serial rapist? She fought him off. In the fight that ensued, Athena made it victorious. There was no surprise there. She is one warrior that we love so much damn. Her inclusion like that was loved by one and all! We are so thankful for that. We also loved the part where May insisted on being a part of the pre-prom photos with Athena right on her hospital bed. Speaking of hospitals and beds, Michael’s brain tumor is one of the painful parts of 9-1-1. The charming Michael found a fellow charmer in the elevator. Their meet-cute was one of the better parts of the whole Michael-tumor storyline. As soon as he met a man in the elevator, a power outage happened. Gosh, how dramatic can 9-1-1 get at times? So just like everything else, this handsome gentlemen and Michael were trapped in a heartwarming bubble (oops, the elevator). Were there speaks flying? Of course. Since it was a power outage, sparks were sure to fly. And the handsome men figuratively contributed to this.

Let’s talk in detail about the hostage crisis and Josh’s prosecution, next. Those dispatchers part of the hostage crisis were given the opportunity of submitting the written statements. But that wasn’t the case for Josh. The judges required that Josh submit his account of what happened orally and in person. Josh very well knew that that was a double-edged sword right there. Hence he protested at first. He had his reasons, to be honest. But after some time, he agreed to face Greg. This was done on Maddie’s request. What better way to face his attacker than to face him in the presence of prosecution. There couldn’t have been a better way to get Greg to justice, to be honest. So that’s what braveheart Josh did.

Titled “What’s Next?” 9-1-1 will return with Episode 19 on May 11, 2020. The synopsis of this episode says that the 118 shall rush to save lives in the aftermath of a massive train derailment. Hence trainwreck of finale explained.