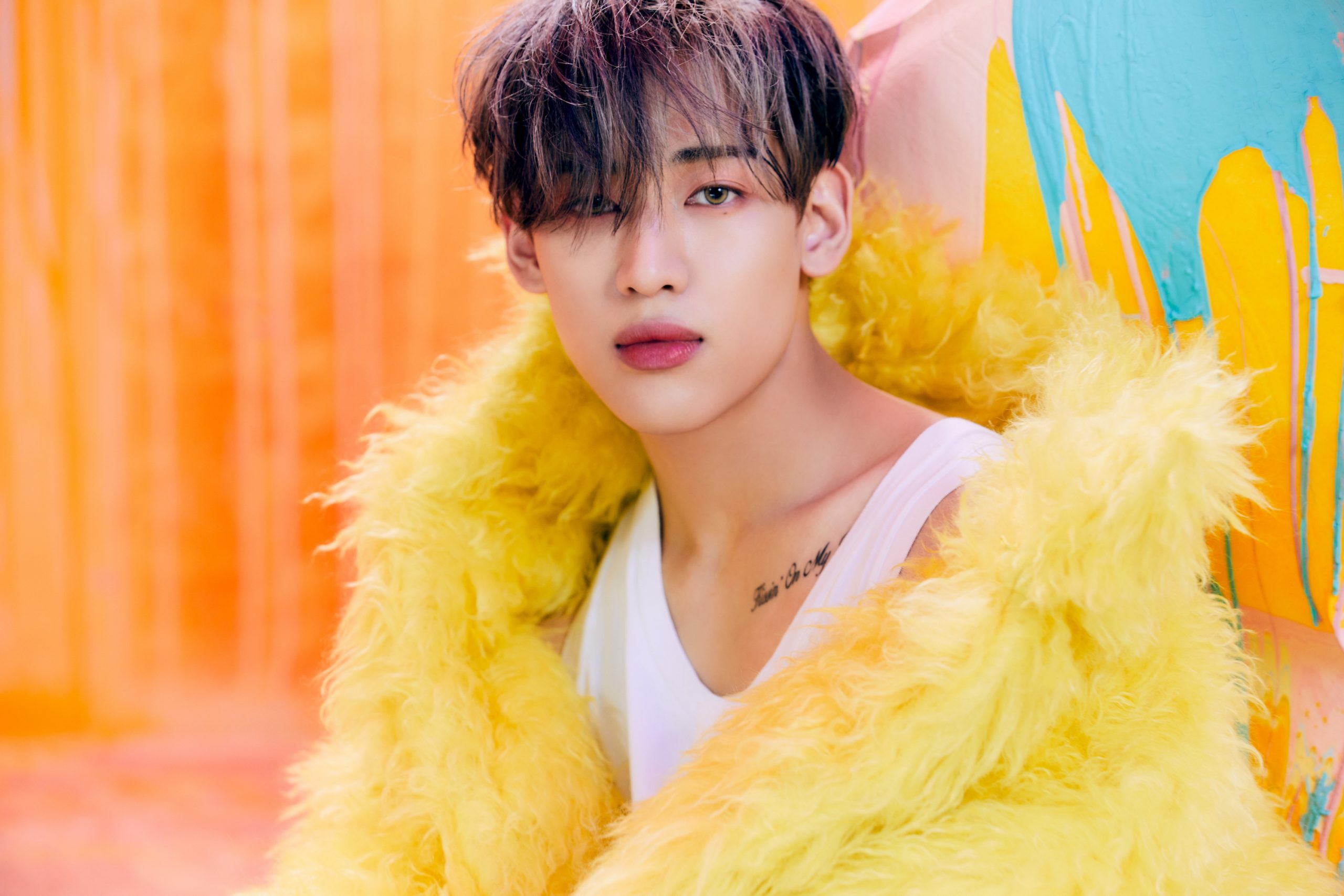 In early 2022, GOT7’s BamBam’s sister took over the k-pop side of the internet. When the k-pop idol’s sister made an appearance alongside her brother on his TikTok challenge, the fans were left shaken by her skills. Hailing from Thailand, Kunpimook Bhuwakul aka BamBam went on to make his debut as a k-pop idol as a part of JYP Entertainment’s boy group GOT7. Winning a dance competition back home, the idol entered one of The Big Three (now Big Four) in 2011 as a promising trainee.

After competing in the survival program WIN: Who is Next pre-debut with some of his fellow members, BamBam made it to the final lineup. In early 2022, BamBam made his comeback with his solo track “Who Are You” featuring Red Velvet’s Seulgi. Starting a TikTok dance challenge to promote his song is how we got to see BamBam’s amazing little sister. The idol has done the “who are you” challenge with a lot of k-pop idols like Sandra Park, Jeon Somi, Jay B, Youngaje, and (G)I-DLE‘s Minnie. When coming back home, even got his sister to dance with him. 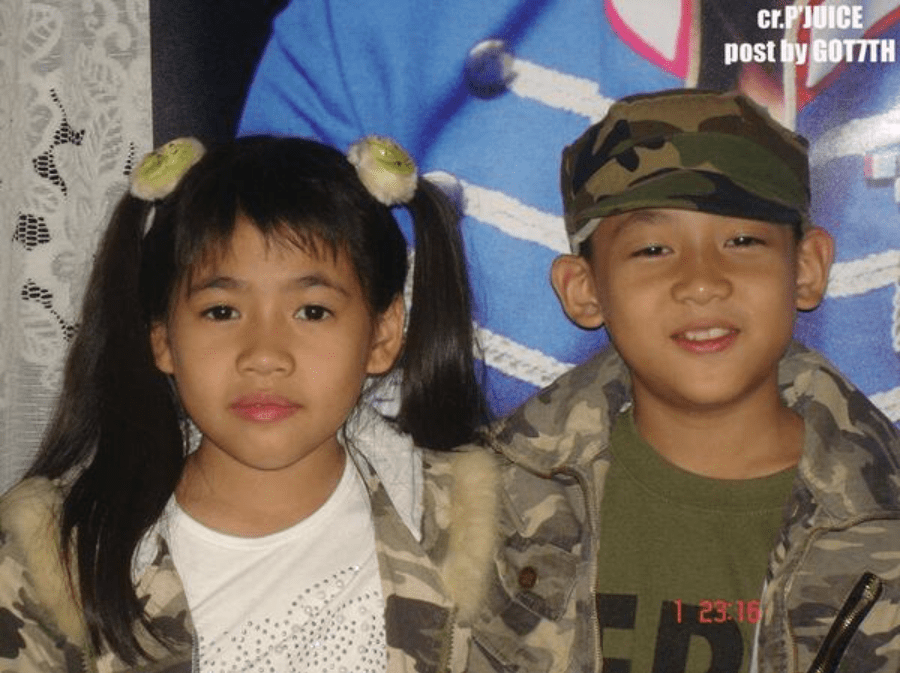 Kunpimook and Hataichanok pre-debut: GOT7’s BamBam has been very close with his little sister from start.

Who is GOT7’s BamBam’s Sister?

Hataichanok Bhuwakul is GOT7’s BamBam’s younger sister. Going by the name ‘MyBaby’, Hataichanok has over 376k followers on Instagram. She has been active on social media for a long time now. Both BamBam and Hataichanok were seen participating in the k-pop idol’s ‘who are you’ challenge. Dancing together, the siblings show some amazing moves. In the video, BamBam can be seen proud of his little sister as she copies the dance steps perfectly. According to the fans, both BamBam and Hataichanok look the same. Many even confused them to be twins.

Hataichanok graduated from Assumption University, Suvarnabhumi Campus in December 2021. Owing to her popularity, she works as a global influencer. Along with reviewing resorts and restaurants all over Thailand, her fans also prefer to ask about the beauty products she has been using as well. She’s also good friends with other k-pop stars hailing from Thailand and is Blackpink’s Lisa’s good friend as well. Currently, Hataichanok aka Baby is majorly working across Thailand and the United States as an influencer and attending network meetings.

Also Read: Wondering How Andrew Wiggins Became NBA All-Star Starter This Year? It’s All Thanks To The K-pop Stans

How Many Siblings Does GOT7’s BamBam have?

GOT7’s BamBam is the third child in the family. He has two older brothers and a younger sister. The talent for performing arts runs and good genes run in the family. His older brother, Chindanai Bhuwakul aka Bank is a very talented dancer. Having his own studio named ‘B HOUSE STUDIO’, he works as a dance choreographer and instructor back in Thailand. In fact, he was the one who was supposed to perform Rain’s dance cover during the competition that led BamBam to JYP Entertainment. 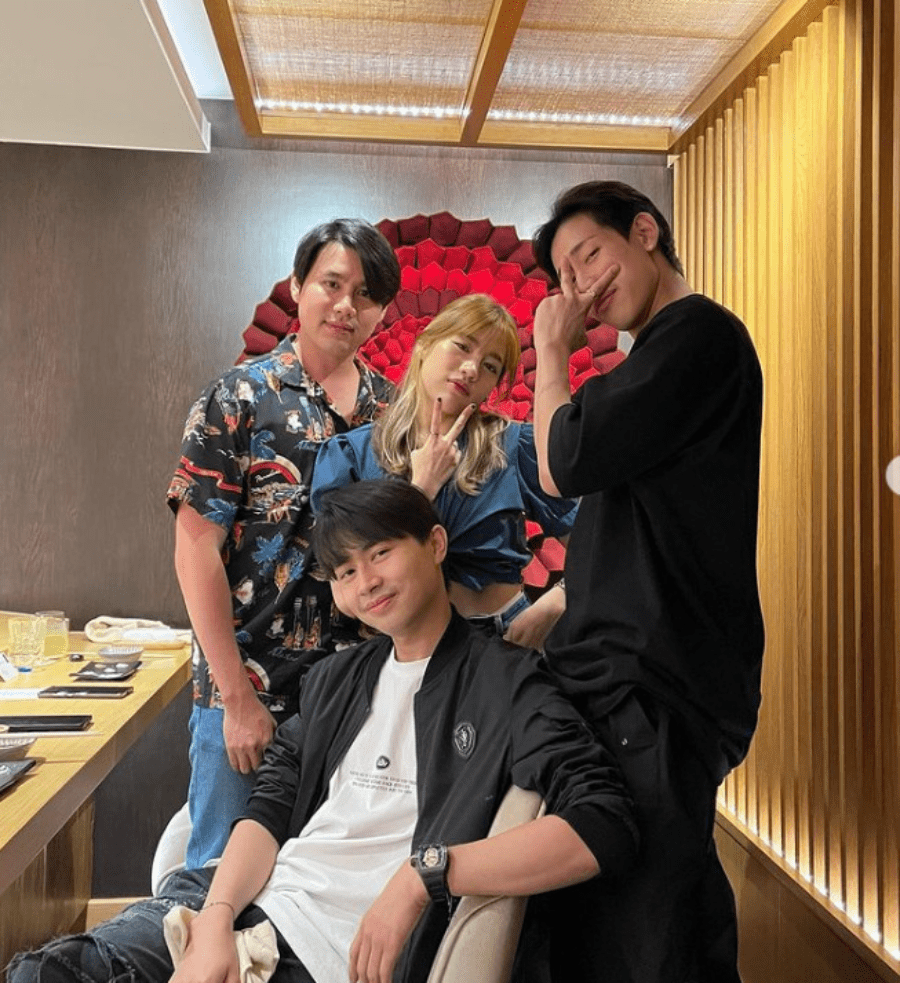 The Bhuwakul Siblings: BamBam with his siblings i.e. Bank, Beer, and Babby.

But he couldn’t perform as he was sick. Now, the two often make dance videos together whenever they meet. BamBam’s second older brother Sarunchai Bhuwakul aka Beer is a marketing graduate. He also has a Youtube channel and an Instagram account with over 40k followers where he shares his family life. Having over 195k followers on his personal Instagram, he owns a baking cafe as well. He’s often seen hanging out with BamBam and other GOT7 members when they are in Thailand.

What Is GOT7’s BamBam Doing Now?

After all the GOT7 members, BamBam is finally on Twitter and the fans and fellow members are loving it. For now, BamBam is back home in Thailand with his family. Reuniting with his siblings and family, the k-pop idol is very happy. As one of the shows from the K-pop Masterz series is announced to be held in Manila in July 2022, BamBam will be performing at the concert along with fellow GOT7 member Jackson Wang and rookie k-pop group TREASURE.