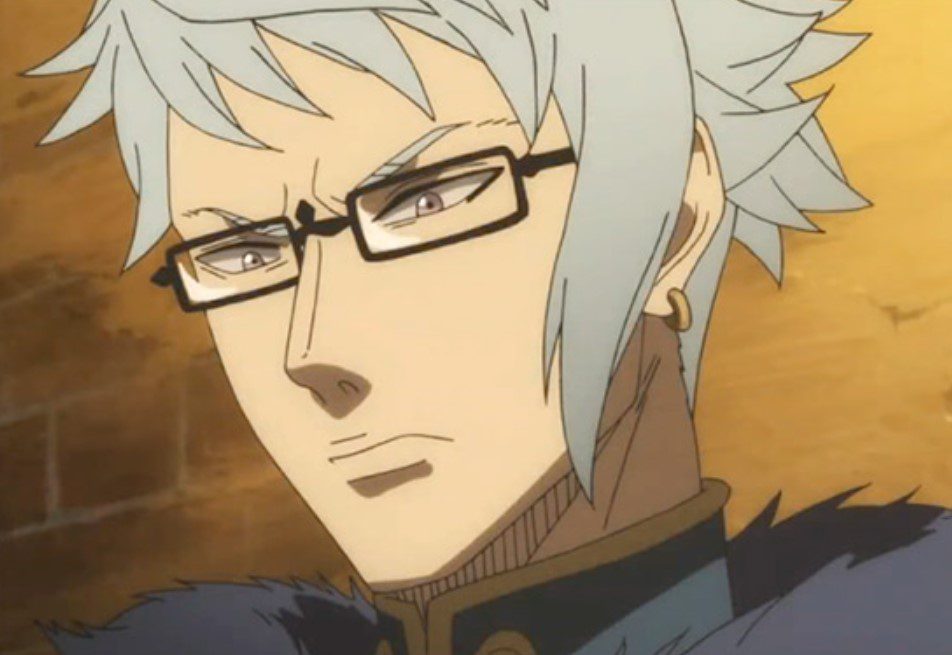 Kabuto is the coolest character that always wears glasses. He worked as a spy for many villains like Orochimaru. This is the first kid with power that is on par with Kakashi at a young age. Kabuto has silver hair and black eyes. He worked for different countries and loved to gather medicine which drew the attention of Orochimaru. Orochimaru took Kabuto as his henchmen, but later, when he sought powers, he played an important role in the Fourth Shinobi World War. But his life changed when he returned to the Leaf Village and ran the orphanage while helping others like himself find their path. 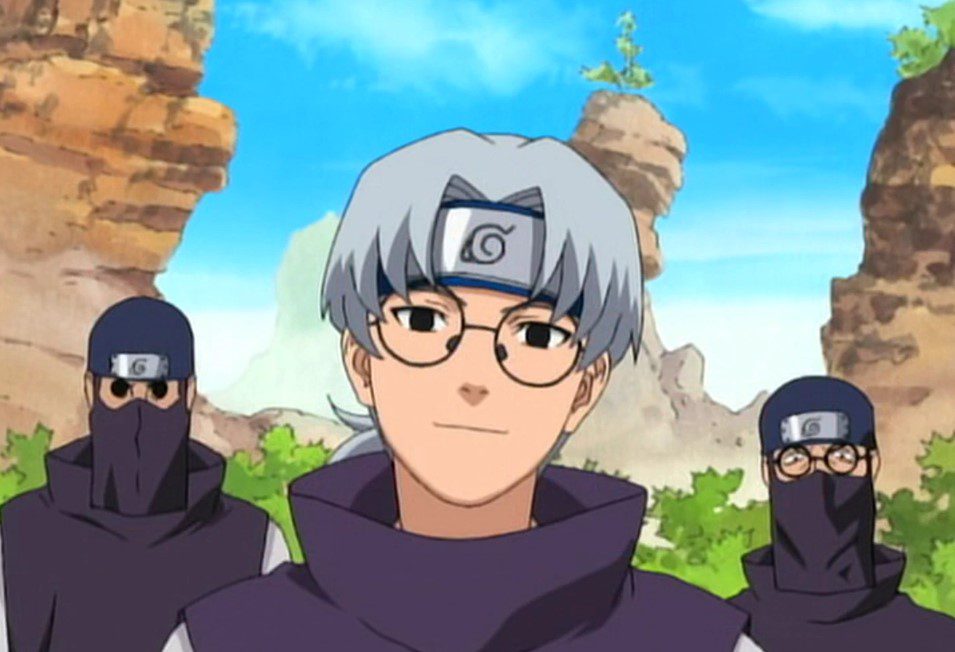 Leorio Paradinight is a member of the Zodiac who is also known as “Boar” and a Rookie Hunter. Leorio is studying to become a doctor, and he is a handsome guy who loves to wear black glasses. He has spiky hair and is always aggressive during battle. Leo is a tall, slender man who loves to wear suits. He is one of the strongest hunters and fun to watch. He wears glasses to look more handsome but has no eye problems. Leo is the coolest character with a cool look. 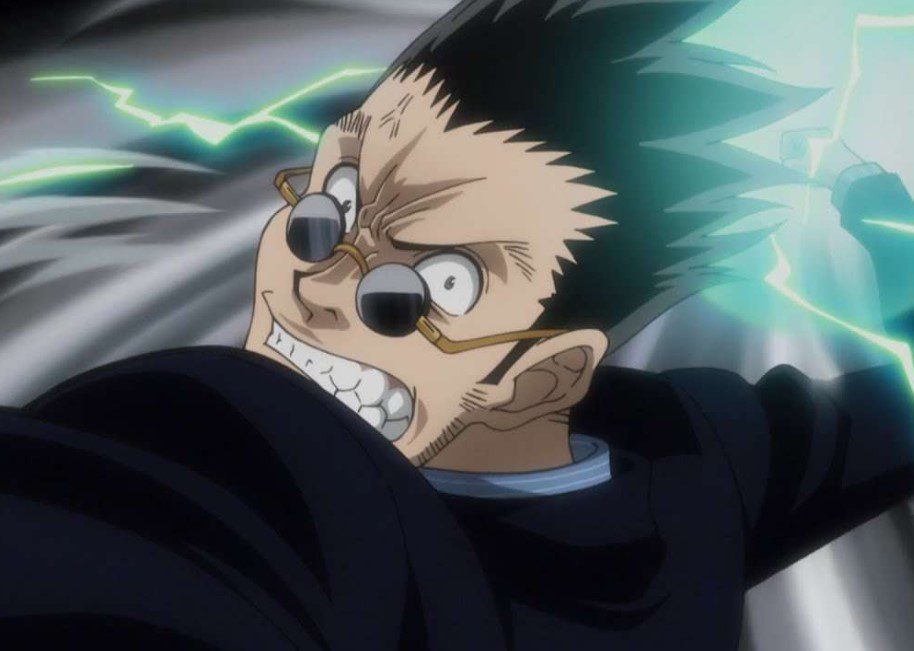 Sarada is a teenage student in this series, and we have seen her wearing glasses on different occasions. She is one of the best female Ninja or Shinobi that plays an important role in different battles. Sarada took after her parents, especially Sharingan’s eyes from her father, Sasuke. She is the coolest character who wears glasses and possesses a tremendous amount of Chakra. She wears glasses that match her clothes. She is a cute young girl who cares about Team 7 and is a team member. Sarada doesn’t wear glasses to make her look beautiful. 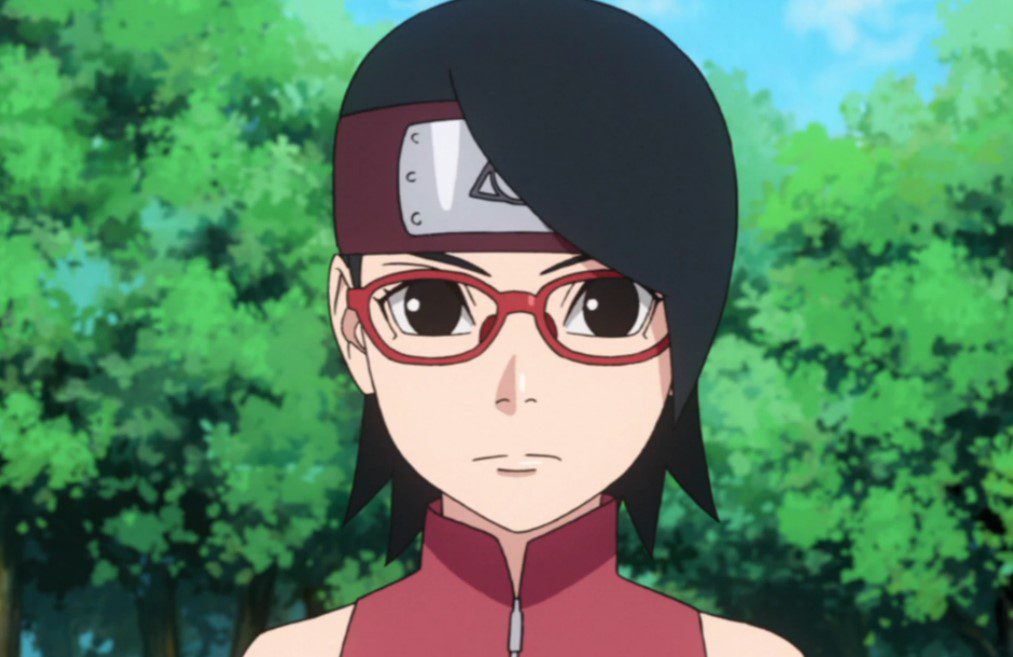 Alucard is the anime’s main character who wears glasses to suit his role. He is the main coolest character of the Hellsing series; Alucard is the most powerful and important weapon of the Hellsing Organization. He and his crew fight against the vampire and become cooler when he sheds vampire blood while wearing glasses. Alucard also deals with other supernatural forces. But he is also a vampire that protects humans, and only the Captain and Alexander Anderson can level with his powers. He is a tall man who looks like an adult but is young. He loves wearing his favorite hat, glasses, and red outfit. 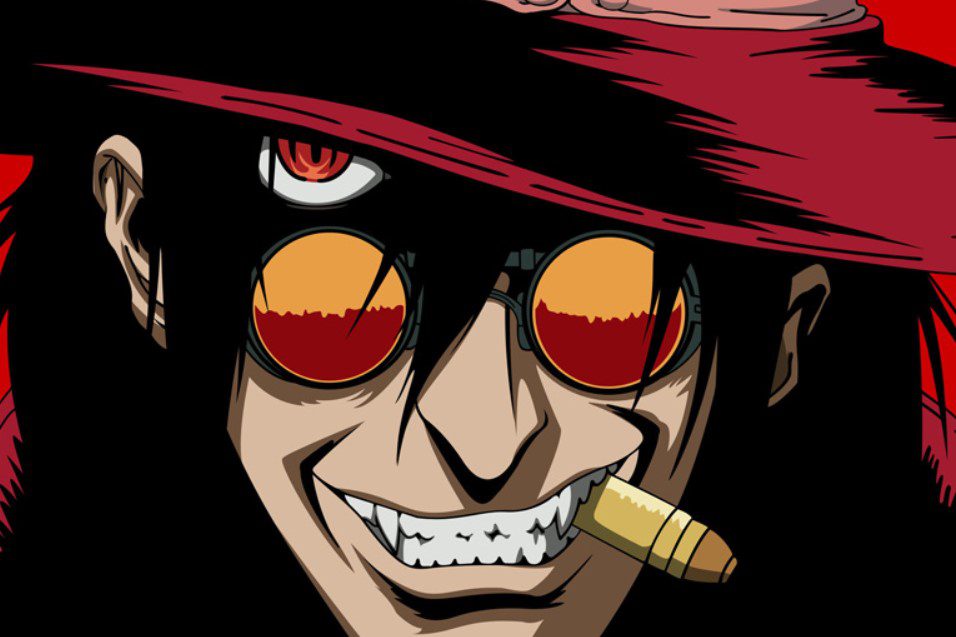 Gowther is the Goat’s Sin of Lust and is a powerful member of the Seven Deadly Sins. Gowther later became a doll, revealing that a great wizard created him. He is a former member of the Ten Commandments, working as his creator’s proxy. He has the appearance of a young lady, and he loves to wear glasses. Gowther has red hair and yellow eyes, and his “Sacred Treasure” is the “Twin Bow, Herritt,” which he uses with his inherent power, Invasion. 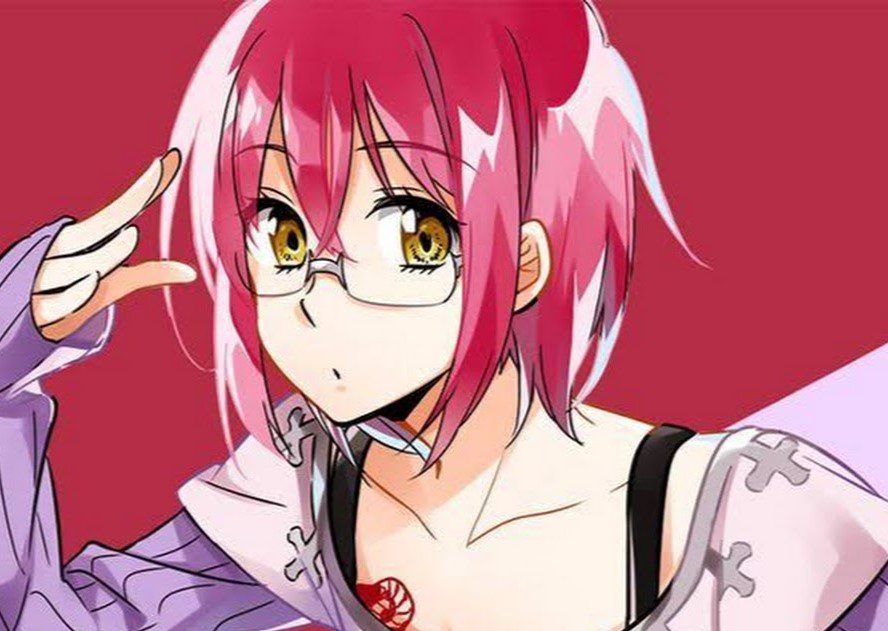 He is a teacher at Kamome Academy who loves teaching students science. Tsuchigomori hides his supernatural and represents the academy’s 5th School, Wonder. Kou has become his student; Tsuchigomori is a tall man with spiky black hair and purple eyes. He has a scary appearance, but he always disguises himself as human. In his human form, Tsuchigomori looks indistinguishable from any normal person. His other scary form has sharp body parts and shark-like teeth. He loves wearing golden eyeglasses with a white coat with a purple sweater. Tsuchigomori is one of the few characters in this anime that wears glasses. 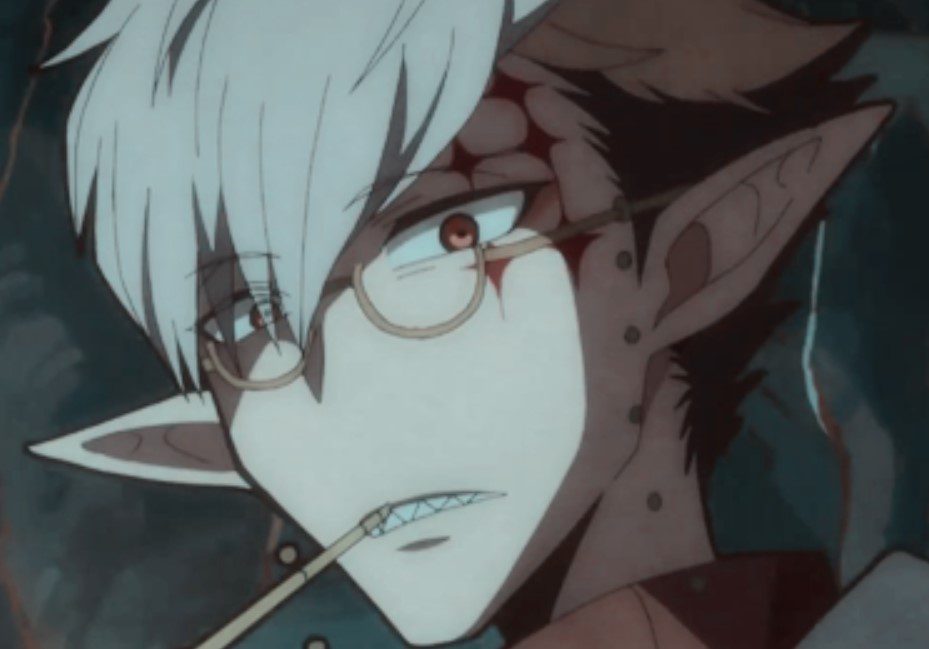 Sosuke Aizen is the villain of this anime who supports other villains until the end of the final arch of Bleach. But he ended up helping Ichigo to defeat Yhwach. He looks like samurai who wields his sword during battles. He has short hair and brown eyes and loves to dress like a samurai master. In the past, Aizen worked in the Gotei 13 and became the captain of the 5th Division. But he was revealed to be a traitor, and he left the Soul Society when he, Gin Ichimaru, and Kaname Tosen killed members of Central 46. He also obtains the Hogyoku after betraying his friends.

If you are aware, Bleach is soon returning with its final season. Before that, catch up with Bleach on Netflix. 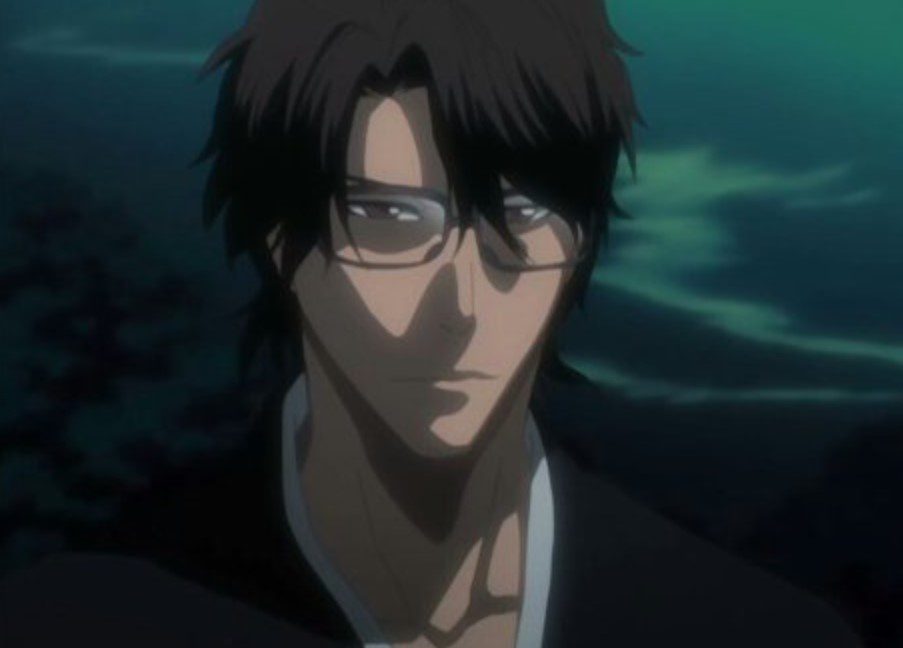 Jin is the greatest and coolest anime character with glasses in this anime who loves to dress like a master. He wears glasses since he can’t see properly without them. Jin is a man with black hair and black eyes; he loves to play with his sword. During battles, he displays different sword techniques and has mastered various sword skills that make him a formidable samurai. He doesn’t joke around with his opponents since he is a peacemaker and a protector. Jin is the main character of this anime who plays an important role in different battles using his legendary sword.

He is Fuu’s bodyguard and works with Mugen. Jin was a Kenjutsu student, and he ended up killing his master out of self-defense. But he left the country and ended up in the company of Mugen and Fuu. It is rare to find a samurai-like Mugen who wears glasses since most samurais have good eyesight. 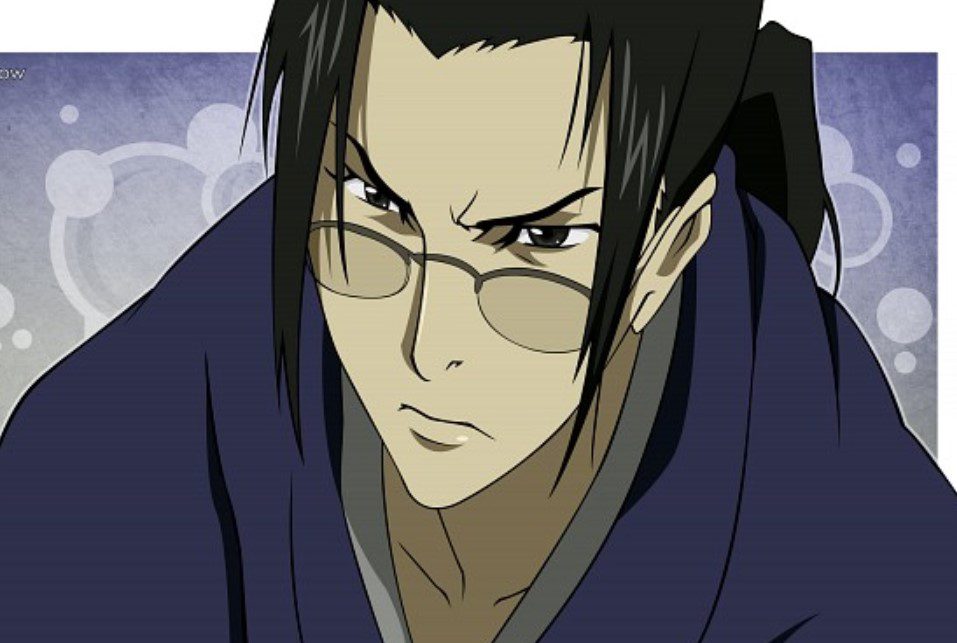 Kaien Cross is a man with long blond hair and pale skin. He is always wearing glasses since she doesn’t have sharp eyesight. The glasses he wears suit her personality, and she is one of the strong male coolest characters in this anime. Kaien has a good personality and a kind heart, and he is a man who cares about others. He is a tall, slender beautiful man who looks after himself.

Kaien Cross is the head of the Vampire Hunters Association and the Headmaster of Cross Academy. He became  Zero Kiryu’s guardian and Yuki Kuran’s adoptive father. His name means village gate, and he was given it due to his intentions since he is the greater Vampire Hunter and most of the vampires fear him. Kaien has become a threat to the vampire nation. 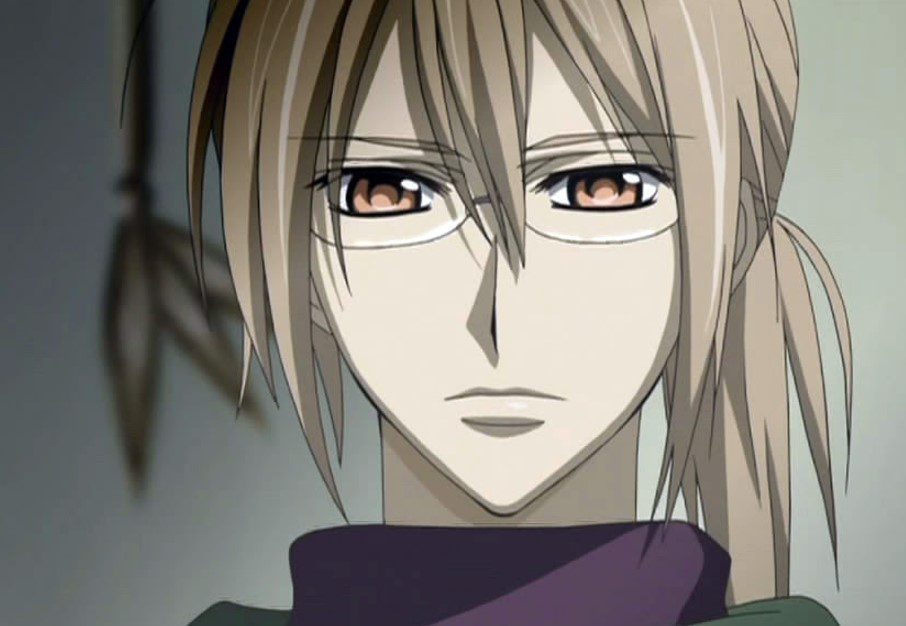 We hope you have found your favorite coolest anime character on the list above. However, upcoming new anime will be announced soon, and we will see more coolest characters like those we discussed.