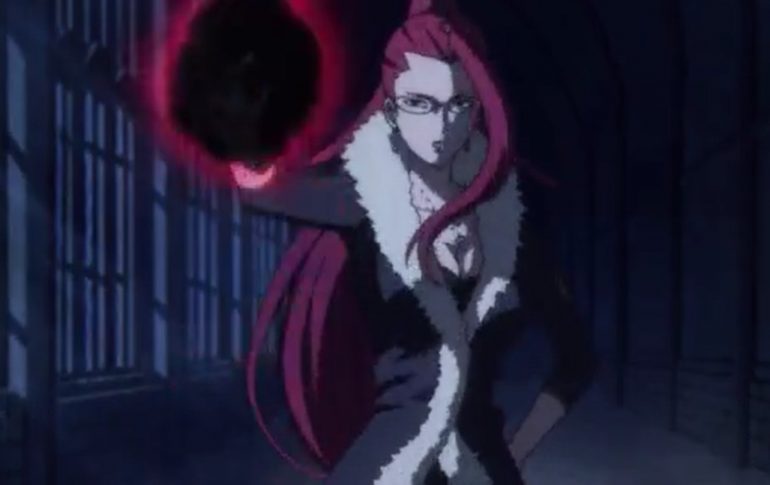 Today we will be talking about the Episode Finale of Noblesse, let’s find out what happens here. Regis got separated from Frank and Rai then got surrounded by the knights. He thinks that it will take time to kill them all of a sudden the knight got the heads taken away. Takeo, Tao, and M-21 show up and they reveal that they came to help. After killing the knight they went to Frank and Rai who are worried about why they are here. Regis reveals that the trio said they were hiding in the same plane as them.

The crew sat down and discuss their plans later in the evening Regis is leading the way to the castle. He is going to rescue Seria and Gejutel. Those two are arrested for meeting with a noble who is going against the current lord. After hearing that Rai and the crew are in the lord’s territory she sent the knights to capture them and bring all of them in front of her. She said that she want Rai to kneel before her. Find more about the episode finale below.

Noblesse Episode Finale will be released on Wednesday, 30 December 2020, at 10:00 PM JST. The new episode of this Anime will be released every Wednesday. This post may contain spoilers for the next episode if you don’t like them you can skip them. Watch this Anime officially on Crunchyroll.  If you have missed the last episode try this link Noblesse Episode 12. Take a look below.

M-21 is with Regis heading to the top mountain castle and he asks Regis if he is sure that they are using the right route. Regis replies that he won’t be called a noble if he doesn’t know where lord castle is. M-21 said if they get lost he will leave Regis behind and Tao interfere through a wireless communicator. Tao reveals that their mission is to make sure the boss and his master get to the Sanctuary.

M-21 and Regis are the bait to draw the attention of the enemies so that Rai and Frank will be able to get inside. Takeo said that he and Tao will be the backup meanwhile, Frank and Rai and walking slowly waiting for the signal. On their way, Tao and Regis got blocked by Rael who emerges from the sky and land with destruction on the ground. Meanwhile, Seria is trying to escape inside the castle.

Seria met with Rozaria who told her to go back to her cell. Seria said that she has to save Gejutel from eternal sleep and Rozaria said it is not happening. Rozaria adds that if Seria turns back and goes to her cell she will keep quiet about her jailbreak. Seria told her to move out of her way in a fighting mode and Rozaria said that she must listen to her elder sister. Rozaria got furious and sends a powerful blast that got blocked.

Seria attacks Rozaria but she dodges it and Seria said that she is a clan leader just like her. She said she is also prepared to do what she must do. Gejutel is being punished for meeting with Rai who the lord thinks has disobeyed her orders. The nobles are planning to execute Gejutel and Seria along with others want to save him at any cost. At the mountains,  Rael is angry that Regis has come back to Lukedonia against the lord’s orders.

Rael asks Regis and M-21 if they have a death wish since they have come here. Regis asks about Seria and Rael said she has confined which makes Regis angry. Regis started to question Rael’s love for Seria and if he has sold her out. Rael reveals that it wasn’t his fault she just got mixed up with Landegre’s matter and he asks him to explain. Rael reveals that Gejutel K. Landegre has been sentenced to forced eternal sleep.

For crimes of communing with the traitor and betraying the Lord and as Regis is his grandson, he is equally guilty. Regis got shocked hearing that his grandfather is going to be executed at any moment. In his shock, Rael wanted to finish him in a single blow and M-21 saves him. M-21 tells Regis to go he will handle Rael who is underestimating him. M-21 attacks Rael with his steel claws and makes him bleed which surprises, Rael.

Rael knows that no one can match his sped except for Frank since he knows that earlier when he beat M-21 he couldn’t stand a chance. But now M-21 has come back with new improvements and new powers. Tao also calls Regis to keep moving forward since Frank has given the T-drug that give them more powers. M-21 started to beat Rael and tear his noble dress to pieces with blood all over his body.

Later Frank clashes with Rajack and refuses to give up while the execution is about to take place. Inside the castle, Gejutel asks Lord if she is not also going to also force eternal sleep upon Seria. Lord says that she will even execute Rai and Gejutel said that it won’t happen when Frank is still alive.

He explains how powerful Frank is and also tells the Lord that she is not fit for that position. Seria is also captured and Lord gets angry and summons a soul weapon wanting to cut Gejutel’s head. Before she cuts him the door opened and Rai shows up and the white suit changes to the noble black suit and everything stopped for a moment.

So far that’s what Noblesse Episode Finale has to offer with all of the above updates.