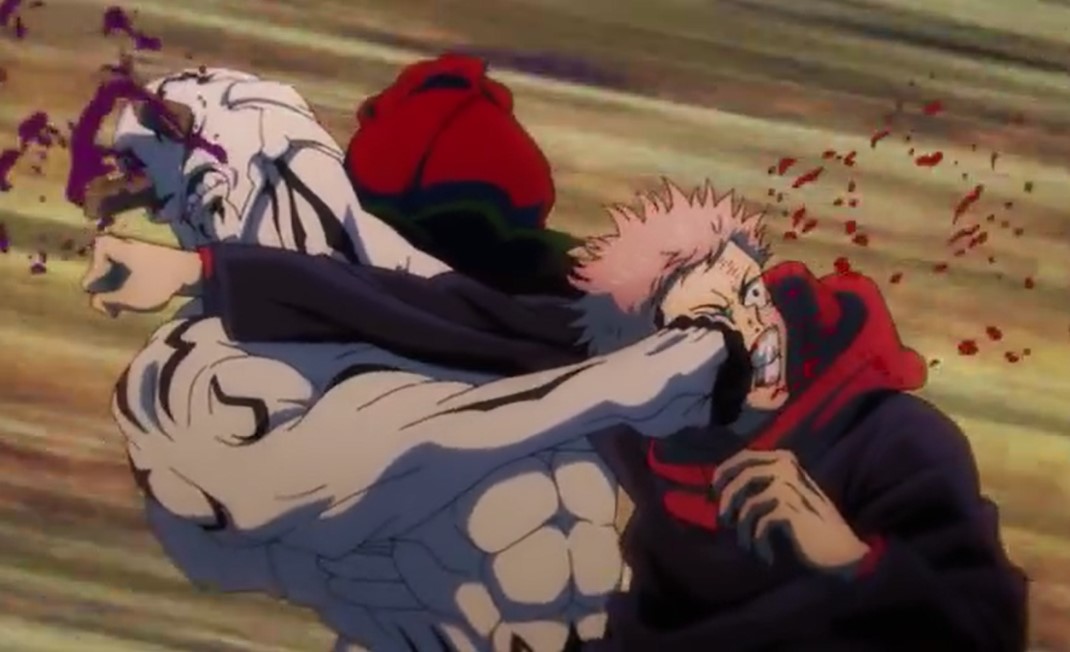 Todou and Yuuji have teamed up against the cursed spirit Hinami. Toudou likes to use his motto of ”my friend”calling Yuuji. Hinami has unwrapped the left arm that has a red rose on it. The duo saved Maki and Megumi. Panda arrived and took Maki and Megumi to safety. Yuuji has managed to use Black Flash that sends Hinami flying. But he decided to show them his true powers.

Todou had a flashback about his past where he used to smash cocky bastards at school. He beat the cocky high schooler for mocking him and sit on top of him after showering him with hammer blows. In his third grade, Todou keeps on smashing the high schoolers that mocked him. It became boring to him since he didn’t find any guy who can match his martial arts skills.

One day, Todou beat a guy in his prime, and the lady he prefers told him a nice fight, boy. Todou looks at her, and his eyes almost got pooped out since she is a hottie. The lady asks Todou what kind of woman does he prefer, and Todou asks her who she is. That was the day that Todou steals that line and uses it to ask any guy who he fights. Back to the present, Todou said it is time to unleash his technique.

Todou started by analyzing the enemy’s trump card. He finds one root that emerges from the ground. That root gains power and speed, the more it limits quantity and range. The wooden ball attacks once or twice, and then it expended. There is Cursed Bud that hit Megumi earlier. There is also a Flower Field and the left arm. 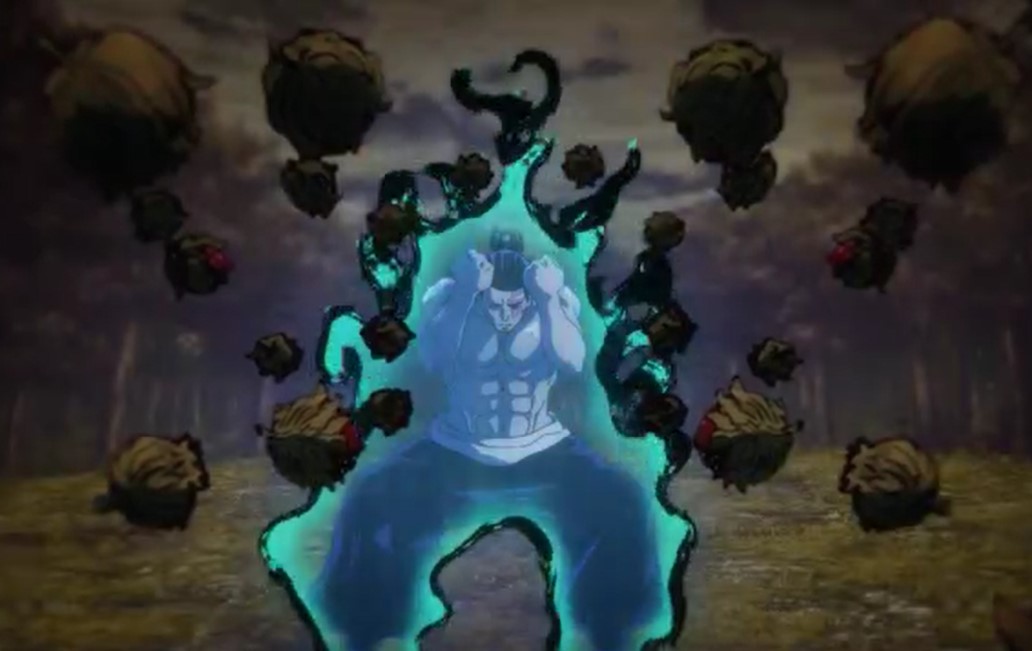 After analyzing the enemy’s trump card, he said his IQ had concluded victory. Todou said it is because he is not alone; he is with Brother. Yuuji and Toudou charged towards Hinami, but Todou got stoped by a root wrapping his leg. Hinami send Todou flying and said, that’s one down. Todou was about to hit with the spikes, but he exchanges his position with Hinami. Yuuji thought that Todou is finished, but he finds that he is punching Todou instead of Hinami.

Yuuji is glad that Todou has teleported in time before hitting spikes. Hinami gets out from his spikes and comments that it is a troublesome technique. Todou is worried that all the time he teleports, he will keep on getting punched by Yuuji. Hinami praises Todou technique. Todou reveals that his technique swaps his position with his opponents.

He said he calls it Boogie Woogie, and the moment he claps his hand, he swaps position. Todou performs the Boogie Woogie like he is dancing. He told Yuji that they could end this battle in no time if they don’t mess up. Toudou started to swap position with Yuuji. Hinami is confused as he gets punished, and he doesn’t know who he should attack.

When Hinami is receiving a blow, he started to wonder if Todou is swapping with the Sakuna vessel or him. Hinami cannot keep up with the clap and swap of Todou. The two started to beat Hinami like they’re kicking a ball. Hinami notices that he can not get out of the trap. Yuuji attacks Hinami with four Black Flash.

Todou is a surprise since no one can surpass more than three Black Flash in a row. After a long battle, Hinami manages to get used to Todou’s technique. Hinami and Yuuji blow each other with a powerful punch. Todou is glad the Black Flash is hurting Hinami, and it means they can exorcise the cursed spirit. 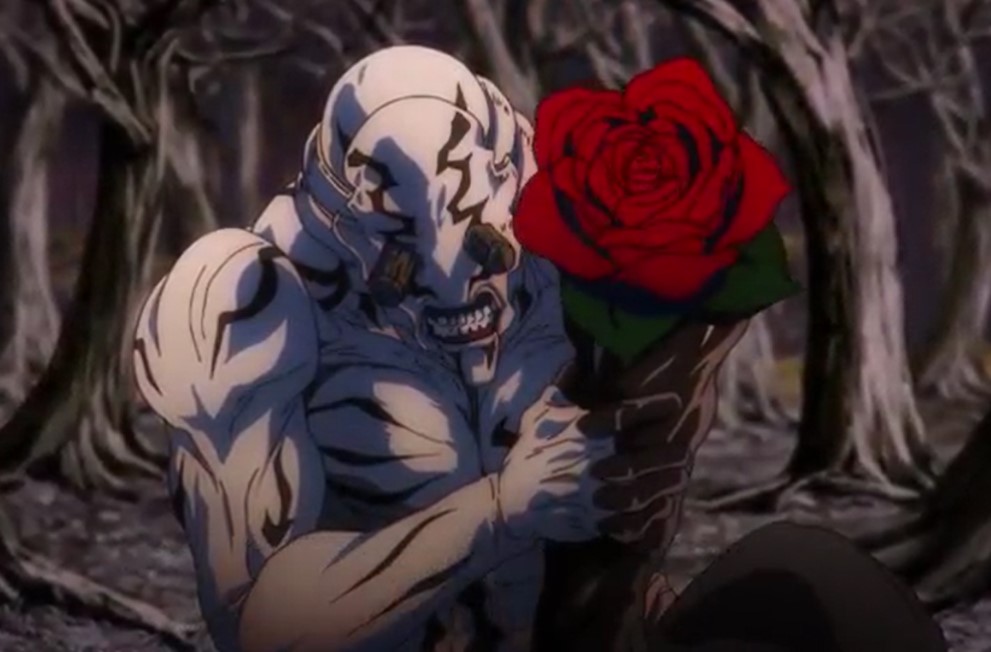 While flying away, Hinami realizes that it is the first time that he has been hurt so badly. He creates Flower Field and unleashed cursed buds. Todou unleashes curse energy that repels buds. Hinami notices that his cursed buds cannot penetrate cursed energy. Yuuji gets a chance to rejoin the battle. He attacks with some of a few kicks, and Todou landed a blow that shakes Hinami’s body.

Hinami screamed out of pain, and Todou unleashes a cursed tool. Hinami is surprised where Todou gets a cursed tool since it belongs to Maki. Todou attacks with Playful Cloud that destroyed Hinami, but he won’t go down easily since he is a cursed spirit. Hinami’s horns got cut, but he attacks with a wooden spear. Todou hops away in time before the spear pierced his body.

Hinami put his hand on the ground and steal all the power of nature. The forest changed like there is a drought tree, and flowers got withered. Gojou Satoru arrives, and Hinami realizes that he doesn’t stand a chance; he decided to withdraw. But Satoru unleashes a blow that destroys the veil and Hinami. Todou comments that they don’t know if the cursed spirit is exorcised or just blown away.

This week that is what the preview and update above have provided for us.