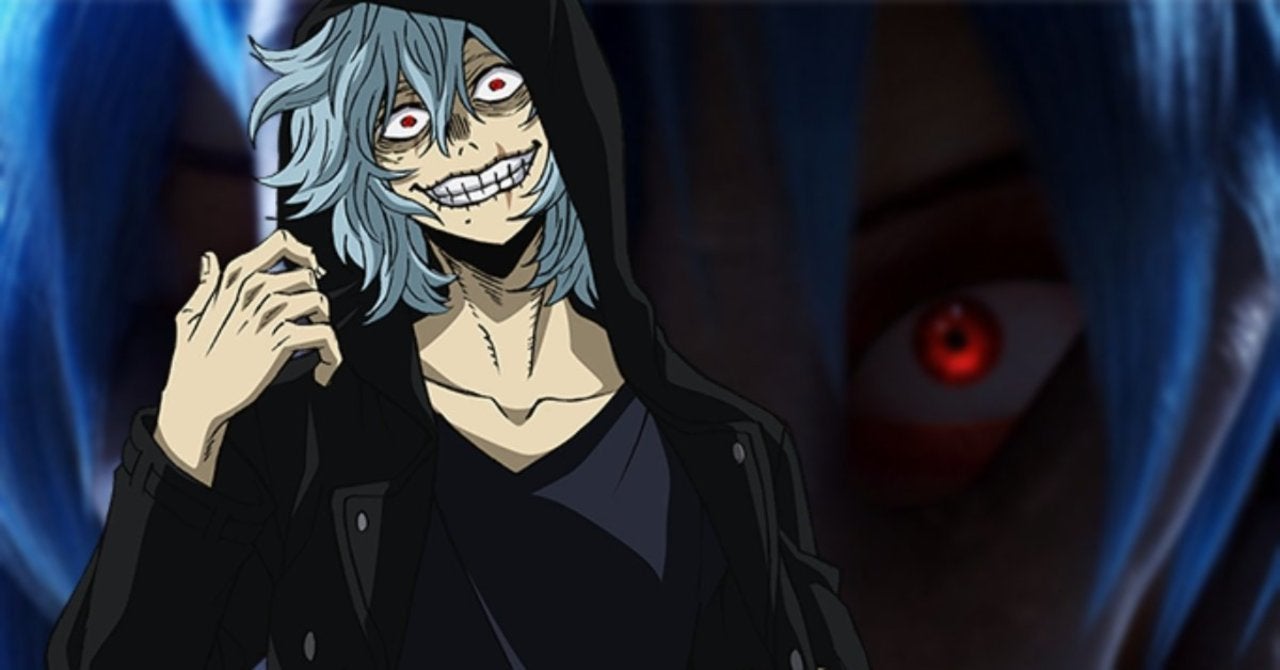 Earlier in the story of My Hero Academia, during the battle, All For One comments that Deku has taken down Tomura. He is talking about, One For All and Endeavor. He must fight back and avenge the losses he has incurred since now for his benefit. Best Jeanist, Nejire Chan, Ingenium, and Lemillion started to pursue the Nomu while clashing with them. Meanwhile, Dynamight, Shoto, and Endeavor are about to lose consciousness, and Endeavor’s companion shows the Pro Hero how to move ahead.

Deku unleashes his special move called Blackwhip Froppy Style to float into the air to clash with Tomura, who is under the control of All For One. All For One uses his radio waves and attack Deku while sending him away. All For One comment that his body is not fully prepared to fight. He will meet Deku again when his injuries are cured and when he is in good fighting form. Deku falls from the sky calling Tomura out loud, stating that he will never forgive him for what he has done.

The latest chapters of My Hero Academia is  VIZ Media and Shueisha’s Manga plus official platforms. Raw scans for new chapters are released 2-3 days before their respective chapters are published. We advise you to read the digital copies from their official websites and apps to support the Manga creators and publishers. Check the recent updates of My Hero Academia Chapter 296.

Previously on My Hero Academia Chapter 296

Deku saw the Nomu carrying Tomura and All For One into the distance where he can’t reach. Deku yells at Tomura that he will get his revenge. He will repay everything that he has caused, the grieve, death, sorrow, and destruction that he has done to the citizens and the world. Deku agrees with Tomura that they will meet soon, and he will be waiting to lay his hand on him again. Deku recalls when Tomura was being taken by All For One and got absorbed in the vestige world.

He remembers that Tomura needed to be saved when All For One took him to another world.  Many building and life have been destroyed, and some building is still falling with dust hading to the sky. Back to the present, All For One, who has taken over Tomura Shigaraki, tries to flee away from the fight. The injured Pro Heroes who survived are chasing after him and the help of ones who finished with rescue and evacuation, and they are trying to stop All For One.

Pixie-Bob, Present Mic, Wash, and Thirteen are also helping to capture the Villian. The Near High-End’s distraction plans are to help All For One, Spinner, Dabi, Skeptic, to flee, and others. But three of them were defeated. Gigantomachia is getting cured, and Mr. Compress is held back at custody. Meanwhile, back at Villa Re-Destro is defeated by Edge-shot. Geten has been involved in a combat with Cementoss that none of them lost since they were both evenly matched.

The battle ended in a draw, and two Lieutenants, Trumpet and Paranormal Liberation Front attend the meeting at Villa, were defeated, and the front lines were held into custody. More enemies were arrested with a total number of 16929, and due to Gigantomachia’s rampage, 132 manages to escape. The other powerful villains were also defeated, and their allies, along with Slidin’ Go, also got arrested. Meanwhile, Ryukyu’s student reveals that Himiko Toga had managed to flee and no one to chase after her since they need to take care of the injured ones. 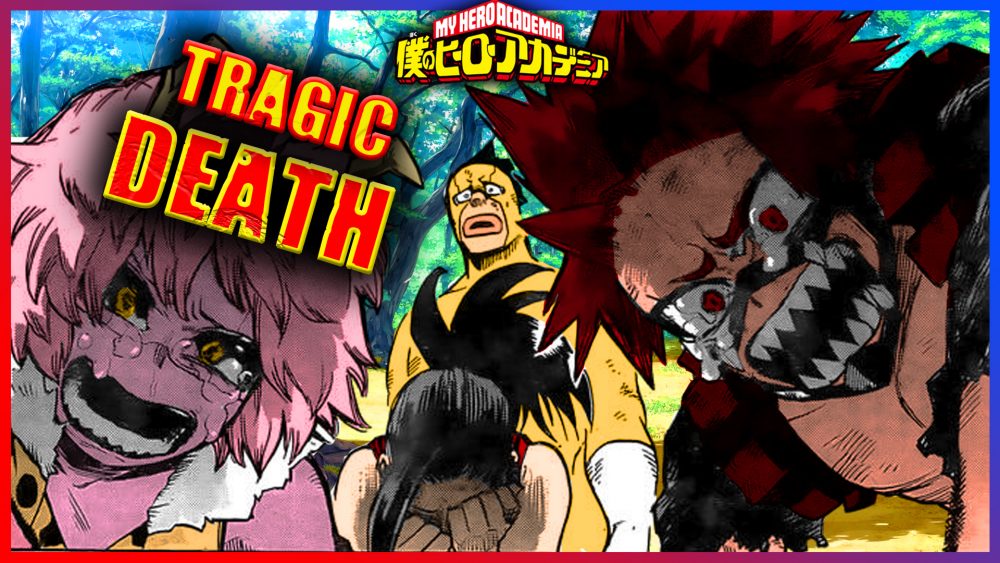 In the other, Froppy and Uravity finds a boy and his sister trapped under debris and save them. The boy is injured, and Froppy wanted to head quickly to tend to the injuries, but Uravity heard something. She realizes that it is someone who needs their help. When she wanted to help an injured man asks her to save his beloved wife. Uravity looked for her and found her, then takes her back to her husband and gets reunited again. When she continues to help innocent civilians, she heard a voice coming from a Pro Hero.

The Pro Hero is complaining about his work, and he thinks that it’s better to find a better job than this since he is struggling. Urvity is just surprised to hear and see what a Pro Hero is doing. It has been revealed that Tomura didn’t survive when Mirko destroyed the capsule designed to revive him. The electric shock at the time was not powerful that even X-Less couldn’t see what has actually happened. This concludes that there wasn’t enough power to bring Tomura back to life.

But a miracle happened since he has a lot of hatred and dreams that revived him back again. That happened because many people were killed, and Funkman, Native, Crust, Majestic, X-Less, and Midnight have lost their life. The student s’ morn for Midnight who is a Pro Hero and also know as Nemuri Kayama. Dabi’s video started to trend worldwide, and citizens started to gossip about it. 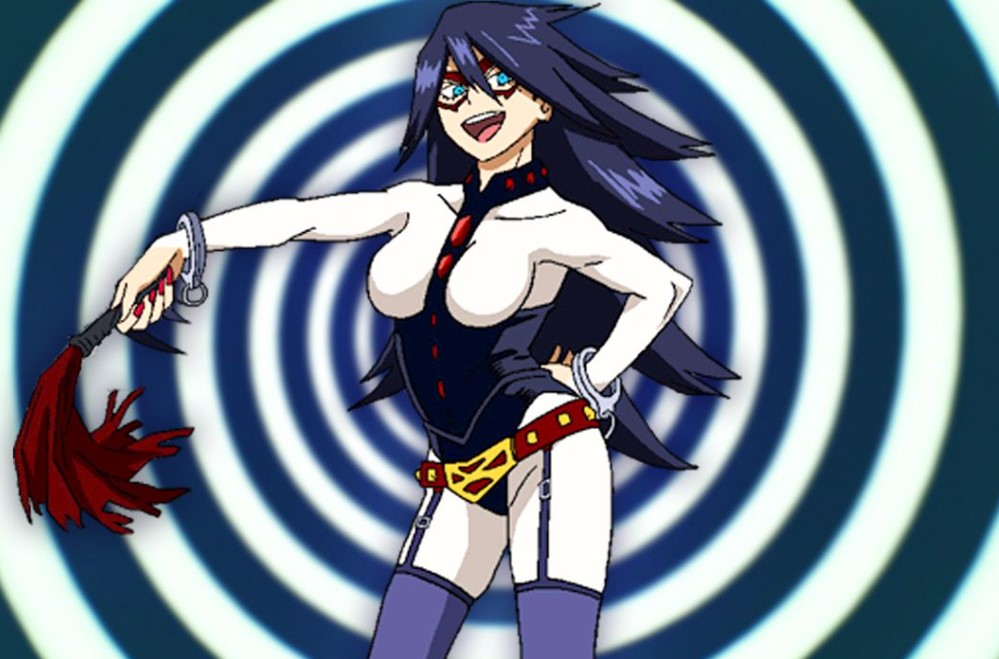 Some citizens began to conclude that it means this might be the end of  Endeavor’s Hero work. They start to wonder what will happen to him. They also think that Endeavor will leave and left them with questions that need his explanation. Other citizens think that everything will be sorted and return to normal. Endeavor and Deku are under care; they are getting their injuries treated.

In the middle of the night, All For One sensed something using his power and find that it is Tomura’s body. Somewhere in the woods, he is still thinking about troubling everyone since he believes that it is still his time to cause destruction, and no one will stop him since there is no end. The Near High-Ends helped him to get his body free after ordering them.