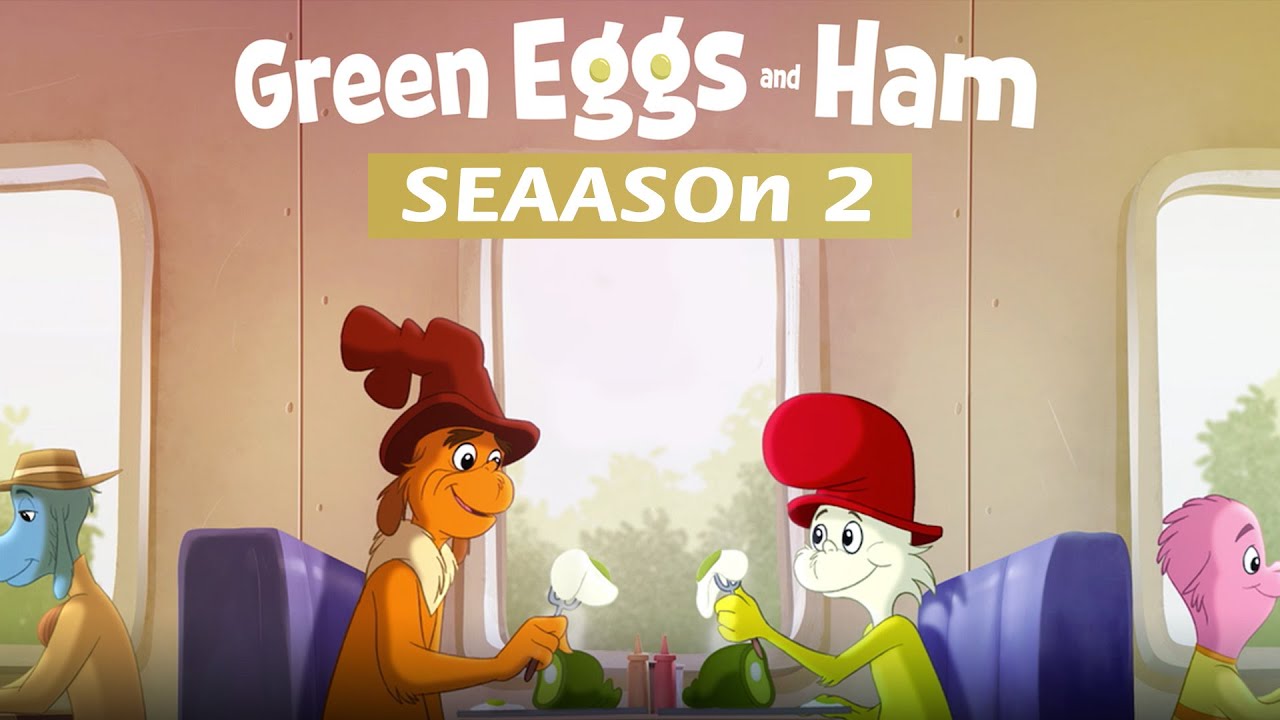 The animation series Green Eggs and Ham premiered on Netflix in November 2019. It is considered the best Dr. Seuss novel adaptation. The book has the same name that was published in the 1960s. Afterward, it had sold over eight million copies. Dr. Seuss is famous for his children-oriented books. His book was in the third place for the top 100 books for children, followed by The Cat in the Hat written by Dr. Seuss himself. Although Dr. Seuss’s book adaptations have been previously created, such as The Cat in the Hat, The Lorax, How the Grinch stole Christmas and had several shows on TV too, but this one gained a huge level of hype due to its quality. Now, Green eggs and Ham Season 2 is almost complete and going to release soon on Netflix.

Green Eggs and Ham was special because it was written using only 50 words! The extraordinary aspect is that Netflix worked out and made 13 episodes. It took four years to produce the first season. The novel was short, having only 50 words put up together to create a brilliant children’s book.

Adam DeVine as Sam-I-Am, Micheal Douglas as Guy-Am-I, Diane Keaton as Michelle, and Keegan Micheal Key as the Narrator, along with other artists. Netflix handpicked voiceovers, amazing actors in order to create the best effect possible.

It all starts with Sam, who rescues a rare Chickeraffe whom he wanted to take back to its natural habitat. Due to some events, his briefcase swaps with a failed inventor Guy-Am-I. In the original book, there was an unnamed character who was dull and boring, who did not want to try out new things, and Sam wanted the guy to taste green eggs and ham, but he resisted till the end. After he tastes it, he smiles and says that he loves it. However, in the show, Guy, Sam, EB, and her mother Michelle went on an adventurous road trip to save Chickeraffe from the greedy hands of a wealthy poacher and collector, Snerz. And their journey is what it is all about.

The show has amazing gags, funny remarks, and an amusing style. It gives a beautiful message of togetherness and bond, love and freedom, and adventure in life. The rating of the show is insanely 8.2 out of 10 on IMDb. A great show to binge on Netflix for both adults and kids. 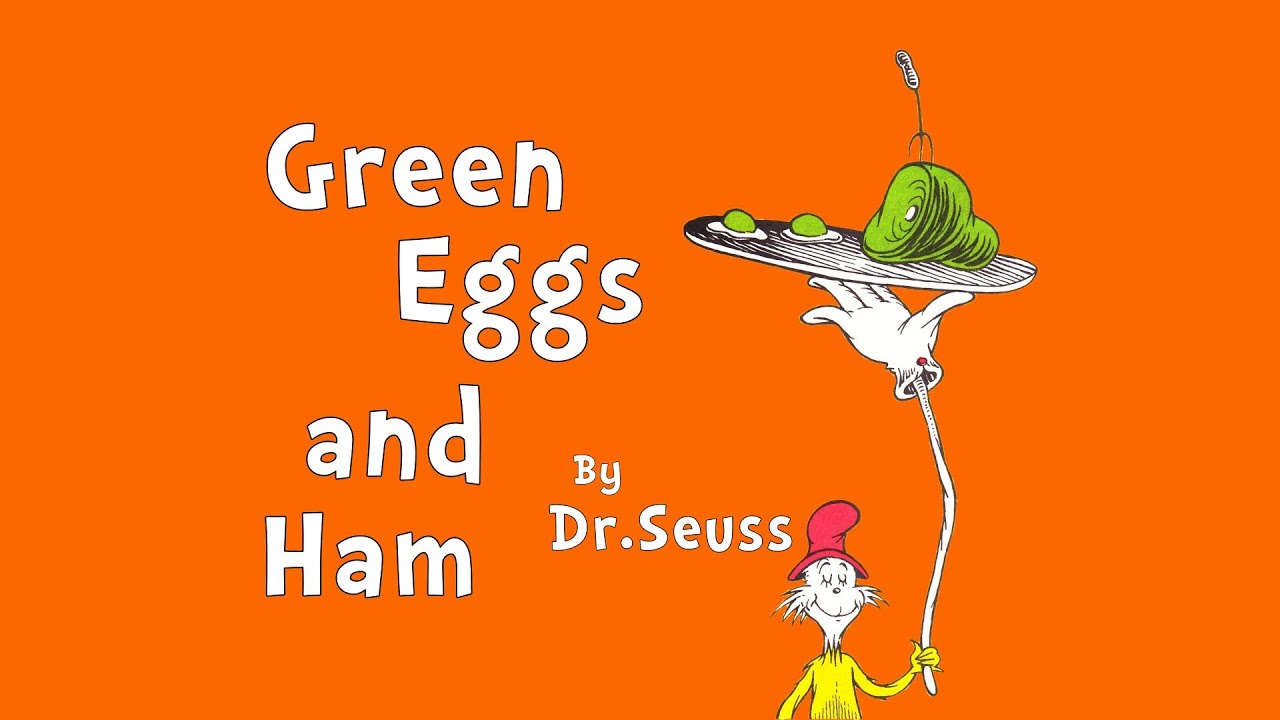 In the book, Sam offers Guy eggs and ham in these places, which is the name of the thirteen episodes of season one. House, box, car, tree, train, dark, rain, boat, and three animals (mouse, fox, goat).

The episode starts off with Sam liberating Chickeraffe from the zoo in the town of Glurfsburg. EB learned about Chickeraffe’s escape and wanted to have it. While on the other hand, Guy’s invention did not work, and he did not win the ticket to reach Meepville. Hervnick Z. Snerz, the head of Snerz company, wanted to keep Chickeraffe in his collection. At the end of the episode, in a blunder, Guy swaps his bag with Sam’s bag and gets to know about Chickeraffe.

The story moves forward with Gluntz and McWinkle being able to trace Sam’s home. Where they are confronted by Guy, who was already there to return Chickeraffe. In that condition, Sam comes to the rescue, and they fled away in the car. Sam introduced himself as the animal liberator and was going to Meepville. But Guy levels the car in the middle of the desert. He finds another car which was driven by Michelle but was turned down.

Again Sam rescues him and offers Green eggs and ham, to which he denies and sleeps. Next, they went on to catch a train as they wanted to remove the trace of the car. The car was destroyed by landing it in the lake. The guy was forcefully taken with them. EB learns about Chickeraffe and names him Mr. Jenkins. Michelle and Guy get to know each other and become a little close. However, Guy was angry with the whole drama, so he moves out of the train and again bumps into McWinkle and Glantz.

They go into hot pursuit, and Guy gets back to Sam. Guy, Mr. Jenkins, and Sam jump off the train; Mr. Jenkins loved ties, which he notices in the house of a fox. So they went on to get it. But they get a box full of green eggs, which were securely kept by Fox to impress the Hen. Fox spots them and furiously lunges at them. Afterward, they went on to various adventures, with every episode revealing more characters and challenges to which they overcome. In the end, Guy eats those green eggs and ham and gets surprised. Soon Sam and Guy went on to another adventure.

Read: The Best Netflix Original Animated Series of 2020 So Far

The cast of Green eggs and Ham Season 2

The main characters of the show are going to remain the same in the second season 2 along with more characters as an addition, which are going to be revealed by the production house soon.

Season 2 what could it be?

The first season ended with Sam and Guy enjoying their green eggs and ham, through which they get the lead of Sam’s mom. So they are now traveling to east Flurbia together as companions. Green eggs and ham season 2 will bring more happiness to our faces.

There is no such clarification from the Warner Bros. But hopefully, Green Eggs and Ham Season 2 can be released at the end of the year 2021 or 2022 as the first installment took almost four years, from 2015 to 2019, to complete. It as well is taking the time. The story might change its course, as there is no clue about it. The pandemic did play its role in blocking all the projects that are being awaited for a long. The fifty words used to write the book by Dr. Seuss:

There was a challenge between the publisher and the writer as the previously published book the cat in the hat had only 236 words overall. So the publisher gave a challenge to Dr. Seuss to create something in 50 words, to which he responded with one of the greatest books with incredible and famous illustrations.

The Good Place: Top 10 Moments of The Series