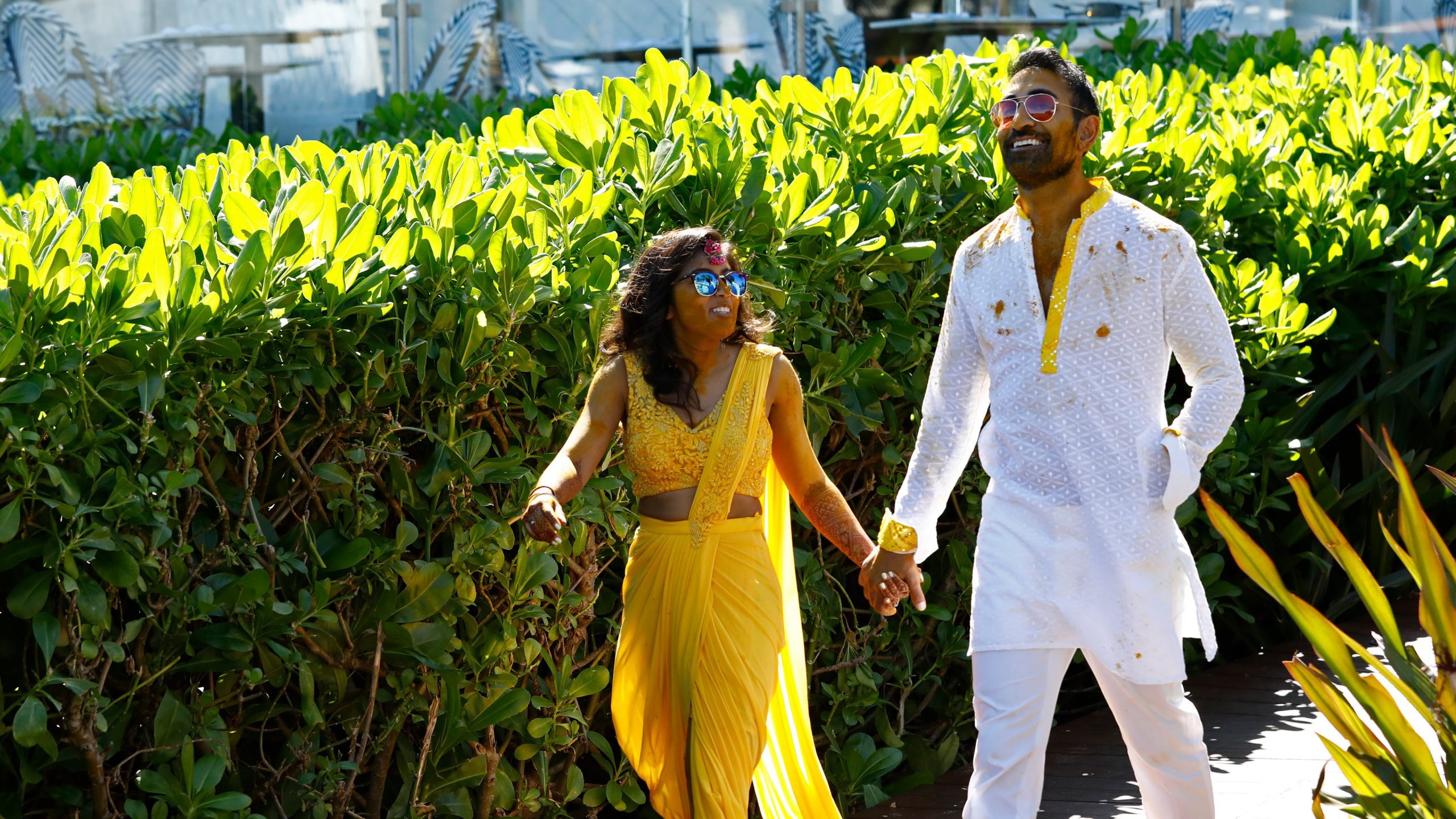 Family Karma Season 3 Episode 3 release date is right on the clock. This is a reality TV series from Bravo which focuses on various Indian American families who live in a tight-knit community in Miami in Florida. Through these lenses, we see them having fun while also taking their culture seriously.

If Bollywood has propagated anything about Indian culture, it is our big Indian weddings and how many people are invited for a single event. A bit of the backstory and a recap are obviously needed in this love tale, and we are here for it.

Vishal and Richa, as we know, have been dating for over 10 years now but have not married till now due to personal concerns. They were even engaged at one point but broke it off again due to issues in the relationship. It was as until we saw them at the end of the second two. Vishal pulled every plug to make sure Richa became his wife.

The two love adventures, and thus, he planned a lot of dates with her which were quite adventurous. I would really advise the normal audience like you and me not to try to the level of adventure that this couple indulges in because it is downright fatal.

Previously on the show, we have seen the couple try sky diving which is an extreme sport in its own manner. But this time, to confess his undying love for Richa, Vishal went out for a swim. And you might think, a swim is so ordinary and what is so special about it.

Well, there is. Vishal was swimming in a pool full of alligators, and it could have proven fatal for him, but it did not. Richa needed this adrenaline rush in order to feel in her senses again and took Vishal back with open arms. Apart from these extremely dangerous activities, Vishal planned normal dates for the couple to enjoy as well. 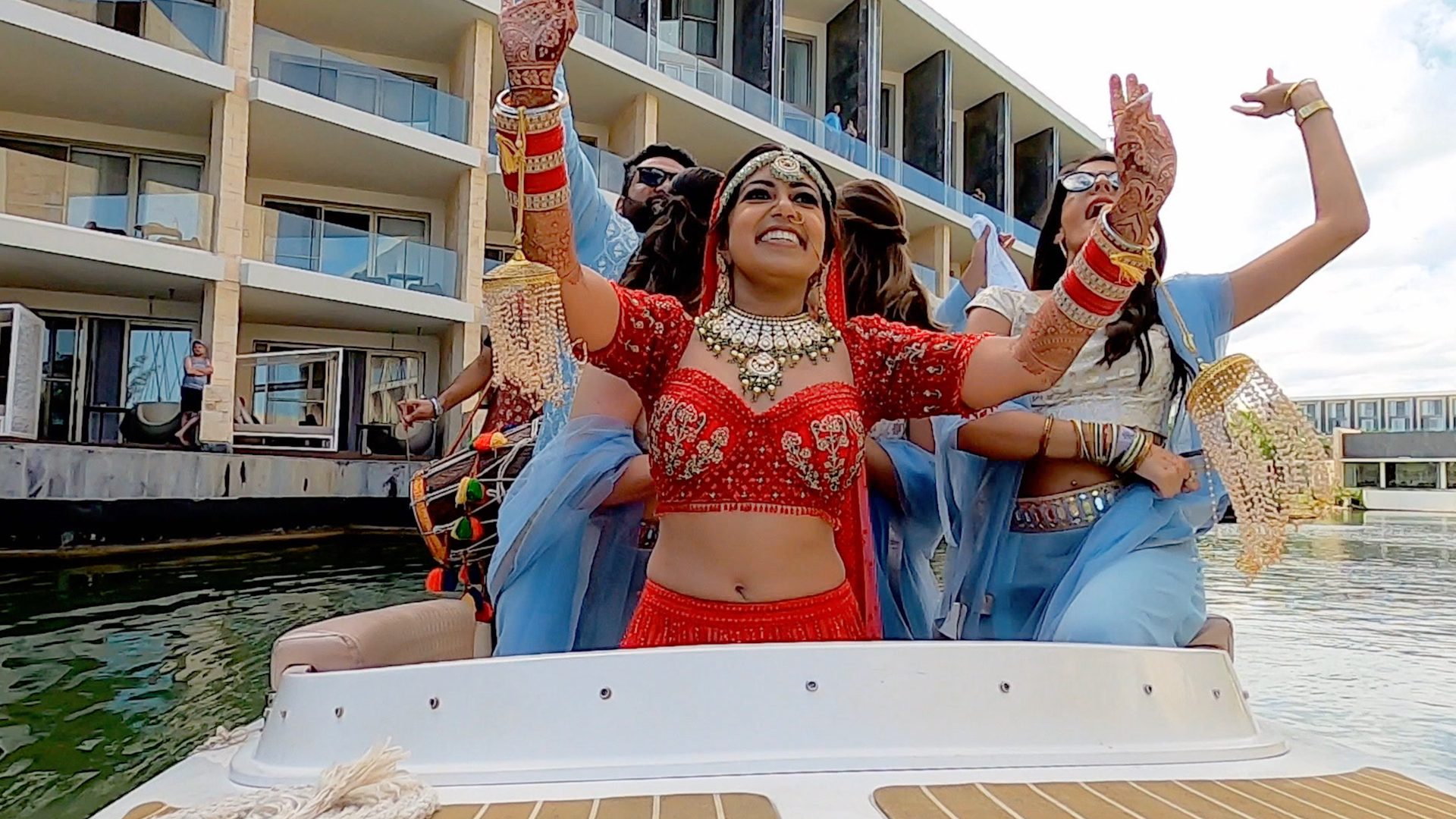 A still from Family Karma Season 3

Now, the main issue is with their mothers, and Bravo is digging for this drama, and well, we kind of are as well. Reshma’s auntie and Lopa’s auntie do not get along well. But before this wedding, they actually had a talk which was arranged by Dharma’s auntie. She orchestrated a whole lunch for the ladies to set their differences out, if not for them, then for the sake of their children. But their strings are tied with a very loose thread which could actually break anytime and cause chaos in the upcoming wedding events.

Also, Vishal is finally ready to move out of his parents’ home. This sends a good signal to Richa that he is at least trying to be a bit more mature for her. He puts down a lease for an apartment where the duo can stay after marriage. Richa obviously is going to another state for her job for a while, which means that the couple will have to have a long-distance relationship. But at least the two are finally on the same page.

This season started with the families arriving in Mexico, where over 250 people were invited to the Big Fat Indian Wedding. The event will last for three days, and all the family members are excited about the same. Brian is especially enjoying the event, as we saw in the 2nd episode of this season. He has developed a crush on Avni, which is new.

Family Karma Season 3 Episode 3 release date is on the 20th of November 2022. The episode will drop out on Bravo at 9 PM Eastern Time. New episodes release every week on Sundays.

Family Karma Season 3 Episode 3 can be watched easily when the episode drops out on Bravo at the designated date and time slot we have mentioned above. Later, the episodes will also be available from the official website of the channel. Episodes are also uploaded to Peacock TV for streaming.

Also read: No One Can Hear You Scream Episode 5: Release Date & Streaming Guide.