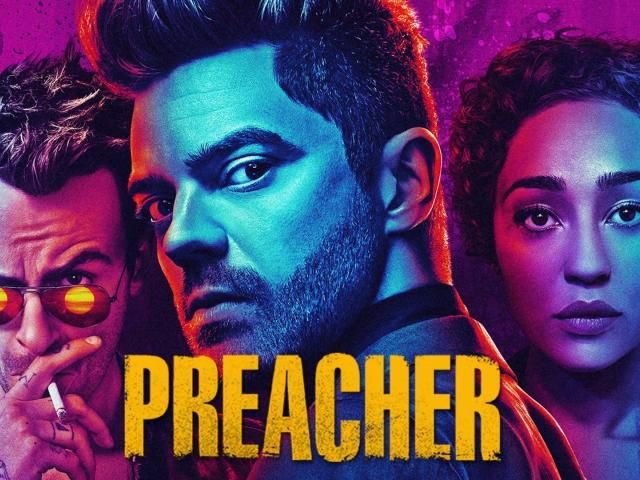 Preacher Season 5 is still a dream that’s yet to come true. However, it was supposedly concluded with Season 4, even though without any explanation, it was said to be ended. But still, the question stand, will it ever return with Season 5? We don’t know it yet, as no official statement has been released from the end of the makers of Preacher.

What Is Preacher About?

The Preacher is an American supernatural television drama series that first started airing in May 2016. Preacher successfully continued till it’s 4th season, which is supposedly its last season. Preacher, the television series, is based on a comic book series, which is developed by Garth Ennis and Steve Dillon. With Dominic Cooper in main lead, Preacher revolves around Jesse Custer, a chain smoker, heavy drinking Preacher with a criminal past attached to his personality like a stubborn stain.

His recently discovered extraordinary powers enable him to make others do as he commands. With his extraordinary abilities at his back, he decided to put his powers to good use, meaning, thereby, finding god. In his quest, he’s followed by his ex-girlfriend Tulip and his new vampire friend Cassidy.

For all the four seasons, almost the same cast has been retained. All the actors have been critically acclaimed for their performances in Preacher. Not only the good acting matters, but fans already felt attached to the characters, and we believe this is the reason why the entire cast was retained for the next three seasons.

However, the fate of Preacher is still undecided, and we still have to dwell in confusion whether or not we’ll be able to watch out favorite show again or not. We’d love to see all the characters retained if Preacher is renewed for season 5. Meanwhile, all we can do is keep our fingers crossed and hope that they announce it as soon as possible that they are actually renewing Preacher for Season 5.

2019 was one hell of a ride. pic.twitter.com/trKkXvyWF9

Is Preacher Season 5 Renewed or Cancelled?

With the announcement of Preacher being renewed for Season 4, the producer Seth Rogen also made an announcement that Season 4 for Preacher will reach its conclusion, and Jesse’s journey will mark its end with Season 4 only. However, fans were surely saddened over this, but there is still a ray of hope that fans see for the renewal of Preacher Season 5.

The Preacher did have its viewership declining at a fast pace, but it still somehow manages to maintain its core fanbase. The loyal Preacher fans are desperately seeking Preacher’s Season 5 renewal. Albeit, it’s highly unlikely for Preacher to be renewed for season 5 as the decision to mark Preacher’s end with season 4 came days after Rogen and Goldberg moved their Sony TV-based Point Grey Pictures to Lionsgate. And it’s declining viewership was a matter of concern that could’ve have led its makers to make a call to give up on Preacher.

This season for Preacher is full of excitement and thrill as Jesse is constantly getting visions from the future that seems like to be apocalyptic. He and Tulip prepare to carry out an assault on Masada, where Cassidy is apparently trapped. This season is believed to be loved by Preacher’s core fans. However, it seems like the majority didn’t like the season as much, resulting in likely cancellation of the show.

You can watch Preacher on AMC at the given timeslot, or you can also stream the show on AMC’s official website and AMC app. Additionally, the Preacher episodes can be watched on Hulu, Fubo Tv, Fubo Tv App, Direct TV, YouTube Tv, and you can also purchase episodes on Amazon Prime, Google Play Movies, iTunes and Microsoft store. Don’t forget to tell us what you think about Preacher being renewed for Season 5.