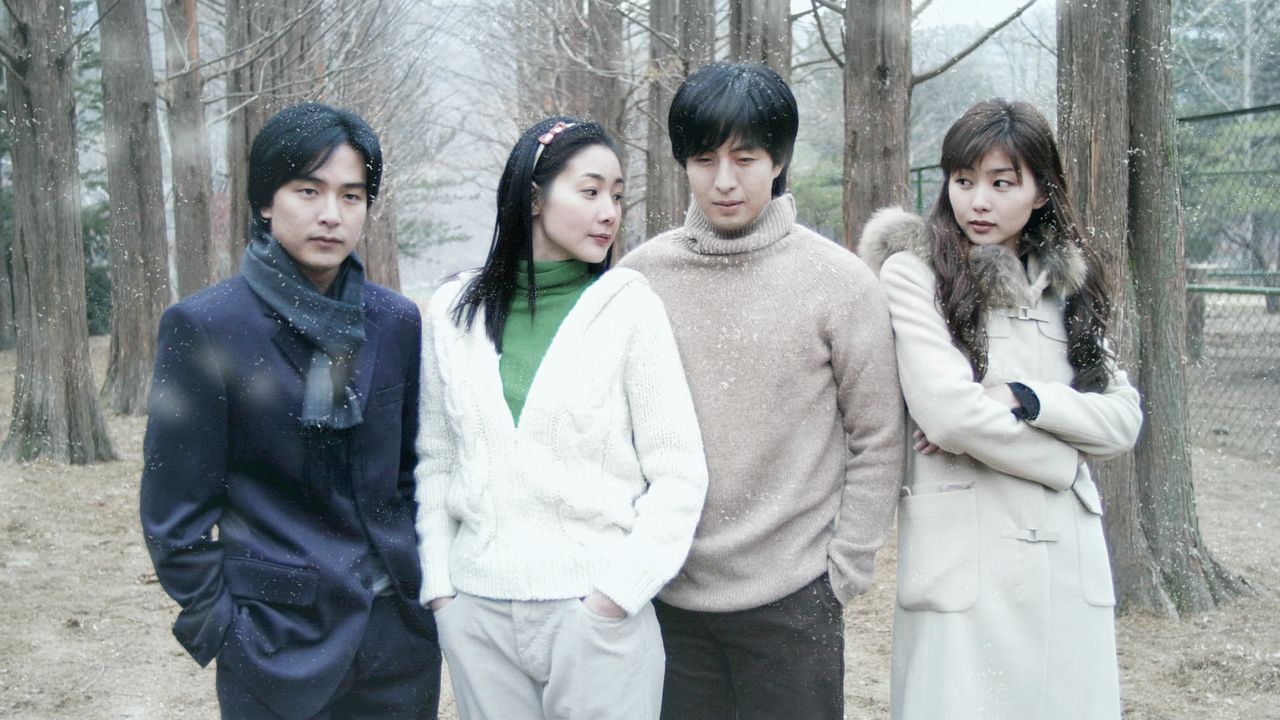 Like all our American and British sitcoms, even the South Korean shows are much like drinking a cocktail of emotions. A person who is a Korean drama enthusiast will also admit that shows from South Korea are a wholesome treat to watch. The creators try to employ unique storylines as their plots for the show, making the dramas more than an average TV sitcom. Each episode of such shows brings out a new type of feeling that we did not even know we were capable of exhibiting.

It is truly said by the audience and the critics that the Korean drama is capable of crushing your feeling or maybe even building new ones and taking you from the top of an exciting roller-coaster to down in hell and play with your feelings. Thus, here we have wrapped up some of the most emotional dramas from South Korea that you will love watching if you are more on the emotional side of things.

This show is all about how some people are meant to be together, and it is written in their destiny. The whole show throws light on two characters, that is, Song Joo and Jung Seo. Their fate was decided even before they came into this world. These two were inseparable while they kids and growing up together. There were times in their lives when people often even misunderstood them for twins. But the tragedy happens when Song Joo goes on out of Korea to study in a foreign country. But when he comes back, he acknowledges that Jung Seo was caught in a car accident and thus had amnesia.

Right now, she has forgotten everything about him and how they used to love each other. But Song Joo is so strong that he becomes unstoppable until making her remember the love they once used to share. Later, things seem like they are finally going the right way, and the couple will lead their life happily ever after. But obviously, as we told in the starting itself, Korean dramas know when you are caught up and like to twist everything. We see that Jung Seo is diagnosed with fatal eye cancer, which breaks our hearts and hopes.

This show is a bit dramatic when it comes to the love life of our lead protagonists. I mean, the plot revolves around two sisters named Tae Hee and Yun Hee. They have been lost and later started searching for each other. But during this process, they fall for the same man. This man is called Chul Woong, whose role has been reprised by actor Soo Ji Sub. Obviously, the teenage girls can not help but have major heart eyes for this man because he is so handsome. Although, I have said this once, and I will say this again.

No person is ready for the emotional roller coaster that Glass Slippers (not even Disney’s Cinderella) will give you in their plot. Just so it happens that Chil Woong is quite a romantic guy, and he ends up getting the love of his life. The unfortunate events start when he actually dies as he is trying to protect his love in a fight that was happening on their wedding day. I mean, no one can help but cry out after watching this drama.

Well, after you will watch this show, you will get the vibes that life, for some people, gets so weird that they have no option but to just live through it. The plot of Twenty Again (which is a very apt title for this Korean Drama, by the way) throws light on Ha No Ra. She gets pregnant at a very early age and decides to keep her child. This is why she has to marry at the age of 19 and never gets to complete her education.

But twenty years later, she finally gets to attend college, but the only problem is, she is attending it with her son. Another big mishap that happens in her life is that she is going to the institution where her husband and her first love are professors. The show gets chaotic when she has to manage her family and semesters, but most importantly, she has to listen to her heart.

The major theme of this series is pretty much what Stairway to Heaven had to offer us. The plot is based on the concept that the people who are meant to together stay together no matter what happens. Also, the most special love of our lives is, of course, our first one, and that is exactly what is portrayed in this show. This is a love story of Joon Sang as well as Yu Jin. They are perfect for each other but are separated because of a car crash, and then a very important character (about whom I am not going to reveal) dies.

There even is a point where the characters get amnesiac. But after going through all of this chaos, the two lovers meet again after 10 years, and a new romance kindles between them. While you see this show, the only question that will continuously be on your mind is whether these two love birds end up together?

This is a love story of two people who know that their end is waiting for them but still do not give up on their feelings for each other. The main protagonists are Lee Seo Yoon, who is 30 years of age, and Park Ji Hyung. But later, news breaks out that Ji Hyung is getting married soon, and thus, Seo Yoon had to break things off with him. But soon after this event takes place, she gets diagnosed with Alzheimer’s disease.

This proves that Ji Hyung is motivated to break his engagement and get back with her to support her and take care of her as she is sick. Things start to settle down between them as they marry and have a baby together. But as they knew in the start and as I have already mentioned, the two will not have a happy ending together, making all the viewers shed a tear or two at the end.

Beware when I say that this is exactly the type of drama South Korea is famous for making. The story employed in Empress Ki is capable of making you cry and laugh and fume with anger just as easily as you can ever imagine it to be. The show has everything; you name it, they show it. There are 51 episodes of the series, which all throw the light on Ki Seung Nyang. The show displays major feminism when it comes to the lead character, and it feels so good that a Korean series is keeping it in mind.

So as for Ki Seung, she is a woman born in the Goryeo dynasty, and later, we see her rise to power. She does this despite the friction which is cast her way in the form of the class system prevalent at that point in time. As her duty constraints her, she has to marry Ta Hwan to become the empress of the Yuan Dynasty. The audience gets heartbroken when we witness her sacrifice for her first love, that is, Wang Yu. This show literally has every form of genre you have ever seen. 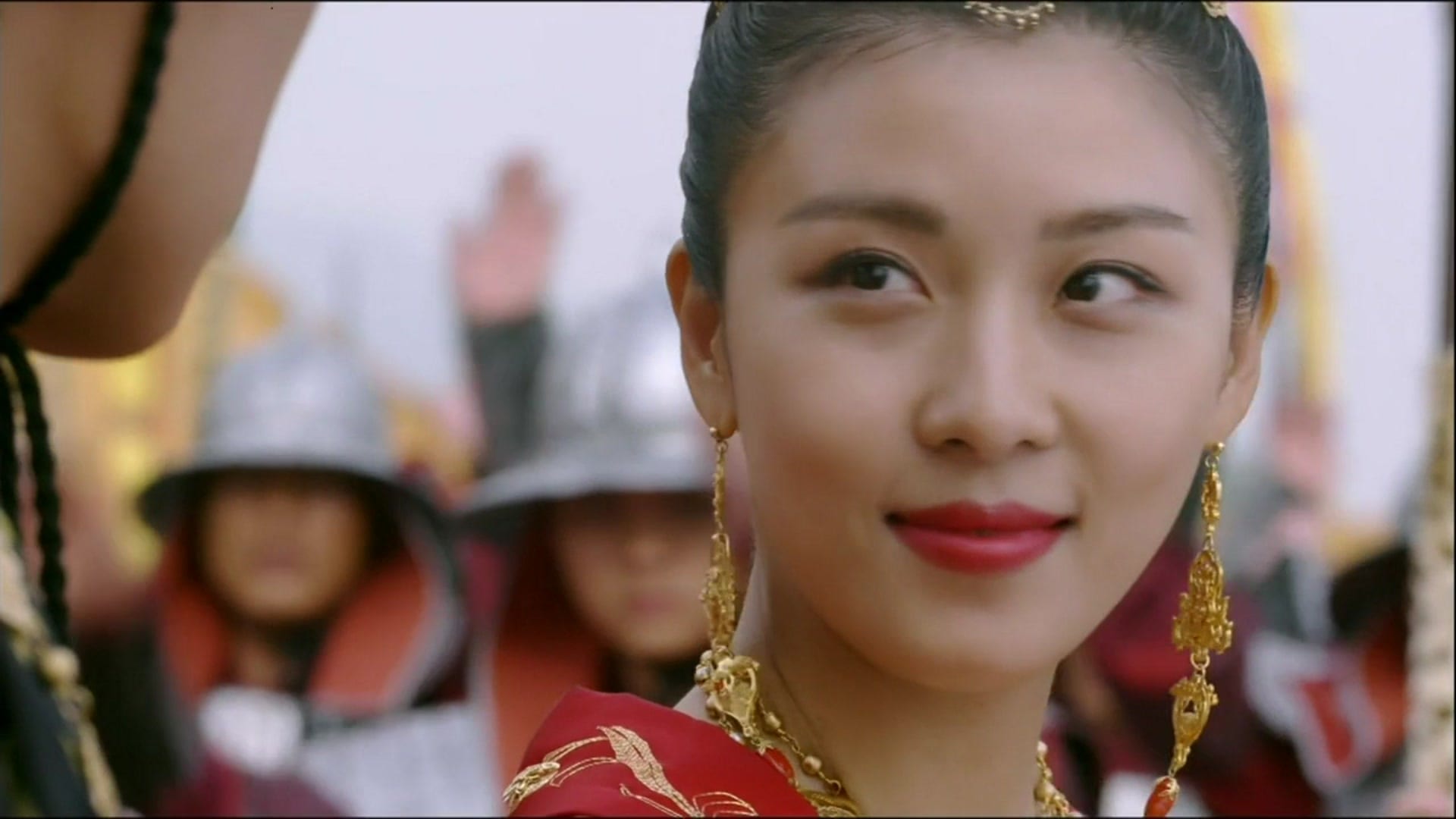 Autumn in My Heart

This Korean drama is based on the concept of how the coin has two aspects. The plot throws its entire spotlight on Eun Suh as well as Shin Ae. The similarity between these two characters is uncanny. They both have the same birthday while they both live in the same town and go to the same school. Although, there surely is a major twist in their lives. Eun Suh leads a very happy life and comfortable life as he is born in a nice and supportive family. On the other hand, Shin Ae is quite miserable and burdened with poverty while residing with a single parent.

The whole plot turns around when Eun Suh engages in a car accident, and it turns out that they both were actually flipped at their birth. Their blood test results show this. Great perplexity and chaos are caused when both these girls switch their lives and return to their birth families. Later in the scenes, Eun Suh, who is now a poor worker and works many shifts, reunites with her brother (he is not actually her brother, though), and here begins a very strange story.

Also read: Best KDramas That Are Worth Binge-Watching.