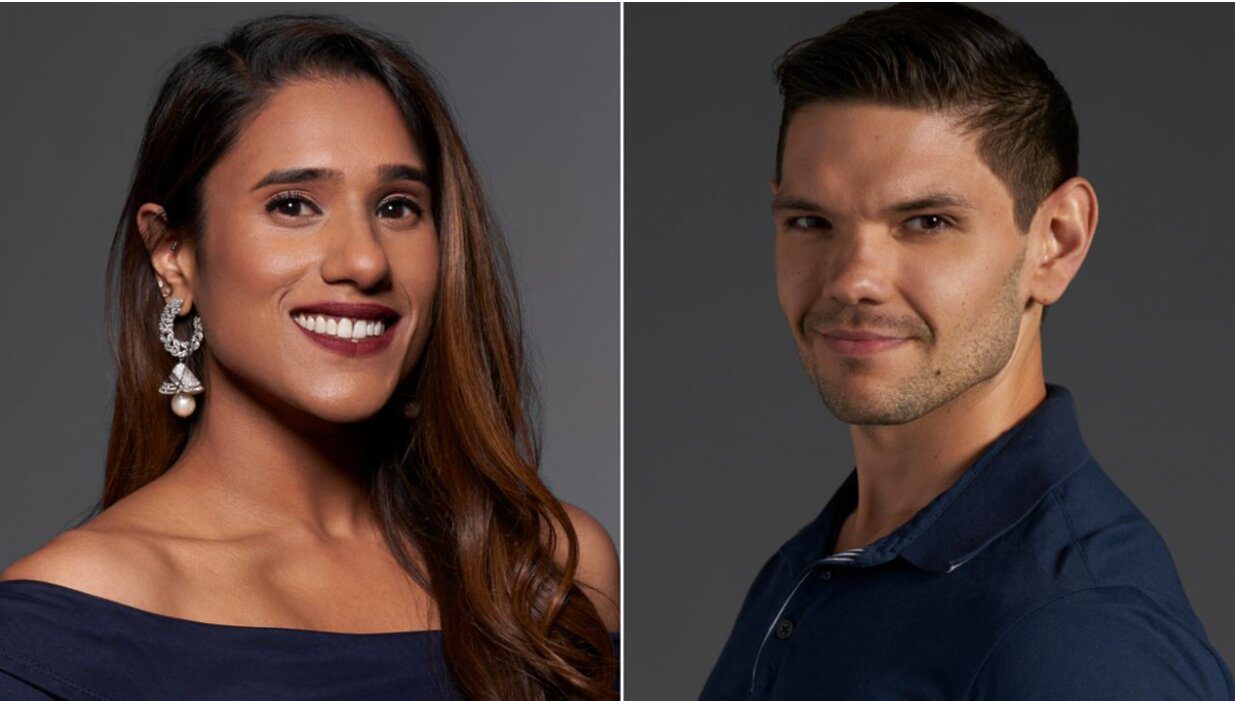 A dating reality TV show, Love is Blind’s stars Deepti Vempati, and Kyle Abrams have confirmed their split just days after starting their relationship as a couple. Well, that was very quick and unanticipated.  Abrams took to Instagram to make the news of their breakup official.

“I understand that many of you are curious to know where Deepti and I stand today,” Abrams wrote in his Instagram post. He also added that it was after the shoot at the Alter that the pair decided to go their separate ways.

However, Kyle Abrams, who is 30, has also announced the news of his new relationship, which he intends to keep private for a bit. Vempati, on the other hand, is yet to comment on Kyle and his relationship controversy. Love is Blind premiered on Netflix for the first time on February 13, 2020. Following the massive success, it was renewed for a second and a third season which amassed the attention of many viewers, especially on the love birds Kyle and Deepti. 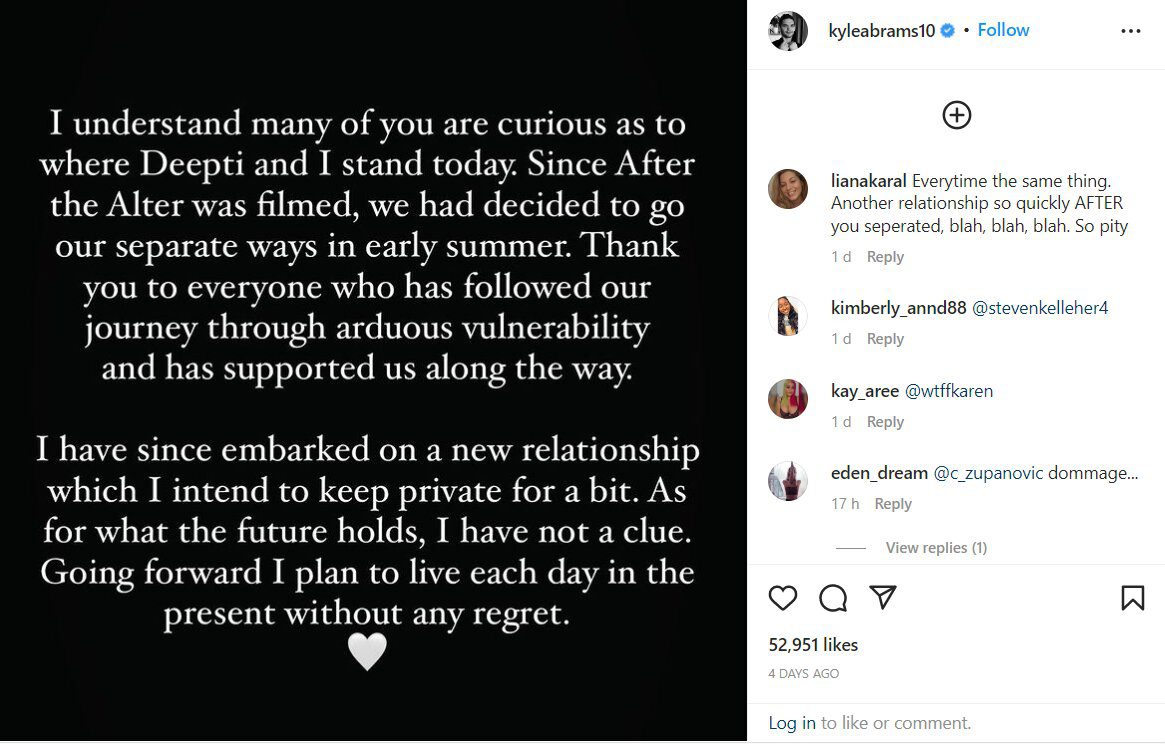 In an interview with “Entertainment Tonight,” which was held on September 23, Deepti explained that even though the pair had a beautiful experience together, it was in their best interest that they decided to stay as friends since they were “better off.” But from what Deepti said, it is quite obvious that their relationship, even as friends, is no longer the same because she feels it is hard to get back the same bond, especially since they had crossed the line.

“We are cordial, but we are doing our own thing,” she added.

Both Deepti Vempati and Kyle Abrams pursued different relationships before they found love in each other. While Deepti was moving ahead with her engagement to Abhishek Chatterjee, a.k.a. “shake,” Kyle had already proposed on the show to Shaina Hurley. However, both their relationships deteriorated and eventually led to a split.

Even though Deepti had hardly made any comments on their breakup, fans got a deeper understanding of everything that unfolded in her life in the popular Netflix series as soon as her autobiography- “I Choose Myself,” was released.

31-year-old Deepti Vempati, also a data analyst, dedicated a whole chapter in the book to her relationship with Kyle and her other experiences. It was also revealed that the sexist outlook that her fiancé Abhishek had caused their relationship to fizzle out during the show. However, in a social media post, the data analyst and the reality show star explained that having to write a book that stemmed directly from her life experiences was very challenging and overwhelming for her. At the same time, this book helped her understand herself better, and it was only after the final compilation of her book that she realized vulnerability is a superpower that she possessed.

ALSO READ: What happened To Cooper On Southern Charm?

Love Is Blind Season 2: Where Are The Couples Now?

In the cast reunion, the construction worker quickly made it to the headlines after hinting that not being able to pursue his relationship further with Vempati was one of his biggest regrets. He felt that he should have tried harder and that Deepti was the “best.”

During the streaming of the Netflix episodes, Vempati even shared her wanting to take her relationship one step further with Kyle and expressed her urge to have him as her husband someday.  But the duo’s fans were awed with their breakup trending in the news.

The news of the couple’s breakup was also followed by the news of Jarrette Jones and Iyanna McNeely’s divorce. Nick Thompson and Danielle Ruhl also made headlines just one week after the former couple, confirming their split. Love is Blind: After the Alter is now available on Netflix. Follow Otakukart for more such updates.