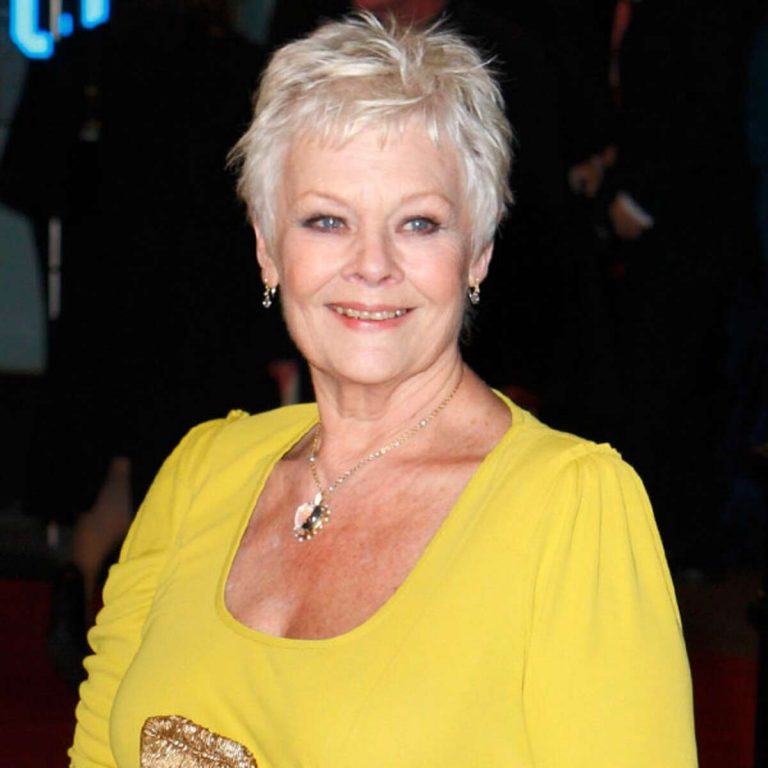 Judi Dench Net Worth in 2020 and Early Life

Dame Judith Olivia Dench, more popularly known by her stage name of Judi Dench is an English actress and author. She is known for her plays like Hamlet, Romeo and Juliet, Macbeth, and many more.

Dench was born on 9th December 1934 in North Yorkshire, England. She was born to Eleanora Olive and Reginald Arthur Dench. Her father was a doctor who met her mother during his college years in Trinity College, Dublin.

Dench married the late British actor Michael Williams in 1971. They had one child together known by the stage name of Finty Williams. They have worked together in various sitcoms together. Unfortunately, Michael passed away in 2001 due to lung cancer. Dench has been in a relationship with David Mills since 2010. Dench has also been a critic of the prejudice that the industry has against older actresses saying and commenting about the roles they can or cannot do because of their age. According to her, age is just a number, and nothing so insignificant can or should affect their work.

Her father was the GP for the York theatre and her mother was a wardrobe mistress in the same theatre. Due to this, Dench used to visit the theatre and because of her parents, she had contact with the theatre. She used to take training to be a set designer but started developing an interest after watching her brother attend the drama school. She also applied and was accepted to the Central School of Speech and Drama. During her curriculum, she also won a Gold Medal for being an Outstanding student. She was even classmates with Vanessa Redgrave.

After her graduation, she made her debut with the role of Ophelia in Hamlet at the Royal Court Theatre. She was a part of the Old Vic Company and worked with them for four seasons. Being a part of the Old Vic, she also toured to countries like United States and Canada with her plays. She went to play various roles which made her popular among the citizens. She got the reputation of one of the greatest actresses in Britain. In 1964, she appeared in Theatre 625’s television show which was adapted from ‘Parade’s End’. She also had a small role in Sherlock Holmes thriller after which she landed a role in her debut film ‘The Third Secret’.

Dench was the first lady to play the role of M, James Bond’s boss after the long run of Robert Brown playing the character. She was the only artist who was cast for her previous role in the new James Bond movie ‘Casino Royale’ after the Brosnan films. She also appeared in the movie ‘Mrs. Brown’ which portrayed Queen Victoria’s relationship with her favorite attendant John Brown. The drama film was a huge success and received a load of good reviews. The movie earned around $13 million all over the world and was a great commercial success. She played the role of novelist Iris Murdoch in the 2001 film ‘Iris’. She was nominated for Oscar for the film which was her fourth time being nominated in the previous five years.

After doing various roles in many hit movies and receiving various awards for her performances such as BAFTA Awards, Academy Award, Laurence Olivier Award. She has won 55 awards with 203 nominations. She has also won a Lifetime Achievement Award from Special Oliver and BAFTA Fellowship. Dench has even won an Oscar for portraying the role of Queen Elizabeth in the film ‘Shakespeare in Love’. She recently finished filming Blithe Spirit which was going to be released on 1st May 2020 but was delayed to 4th September 2020 due to the COVID-19 pandemic. She will now be shooting next for ‘Six Minutes to Midnight’ which is an upcoming war-based drama.

Judi Dench has a net worth estimated to be approximately $35 million. The primary source of her income has been as an actress and doing theatres. There is no information available regarding her houses or cars. We will update you as soon as we get our hands on any details.