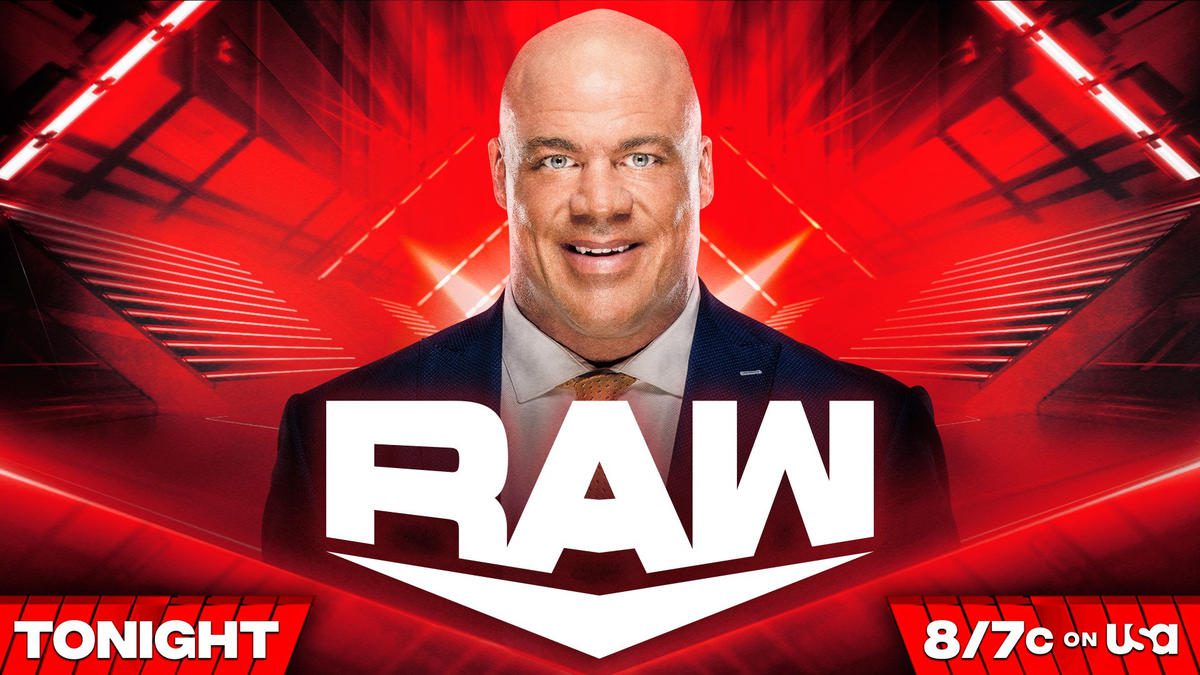 The most recent episode of Monday Night Raw, which also serves as the final show before the Clash at the Castle PPV, will be fireworks. Kurt Angle, a member of the WWE Hall of Fame, will be present for a homecoming segment, and two current rivals will square off to stoke things up before their showdown at Saturday’s PLE. The August 29 episode of Monday Night Raw, broadcast from the PPG Paints Center in Pittsburgh, Pennsylvania, would include action involving the United States Champion and will crown new Women’s Tag Team Champions.

Undisputed WWE Tag Team Champions The Usos and Sami Zayn will also be present at the PLE to support Undisputed WWE Champion Roman Reigns as he defends his championship against Drew McIntyre. However, The Bloodline and the Honorary Uce are slated to take over this week’s Raw before departing for the UK. This appearance follows the 4-on-1 assault on McIntyre by the trio and Reigns on Smackdown, which completely destroyed him.

Seth “Freakin” Rollins and Riddle will face off inside the squared circle tonight before their confrontation at WWE Clash at the Castle. It seems unlikely that they have any verbal brawls left to cope with after watching their fight from last week. 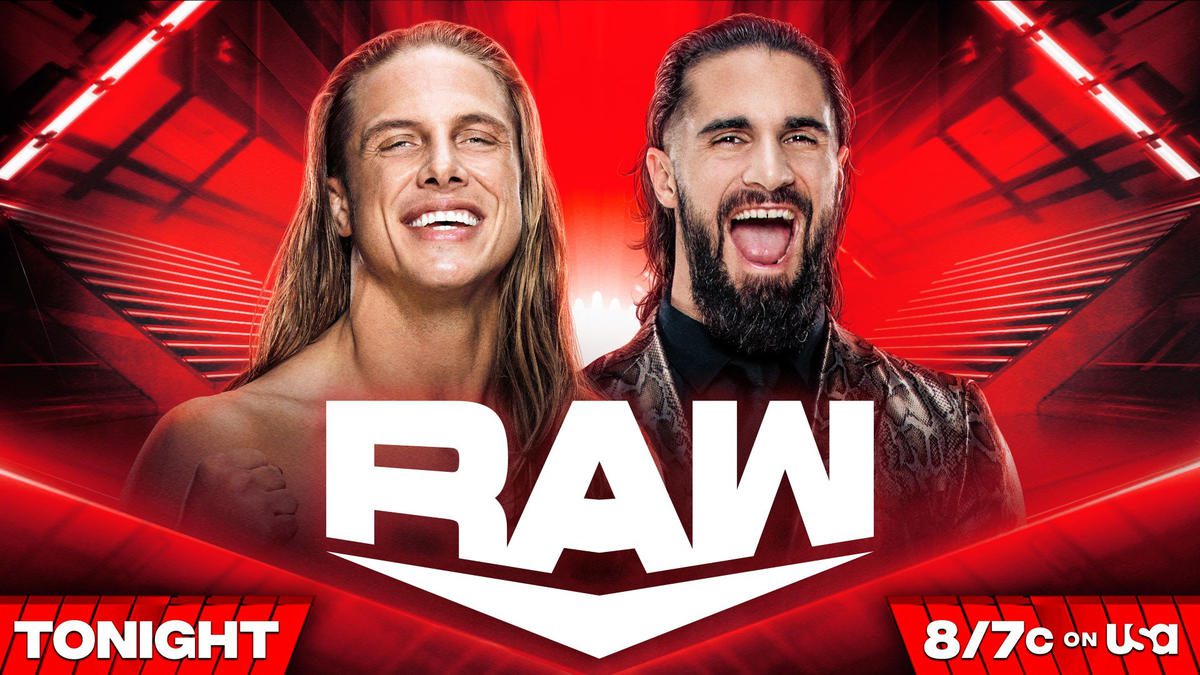 The night following the Hell in a Cell PLE, Riddle made remarks regarding Rollins’ brutal attack on an already injured Cody Rhodes. Later on, during the men’s Money In The Bank ladder match in 2022, Riddle also gave Rollins an RKO while standing on a ladder. Thus, as The Visionary began pursuing The Original Bro on the red brand, his chances of winning the coveted briefcase were destroyed. Given their mutual hatred, they might withstand it long enough to reach the UK PLE.

For the first time in more than three years, Kurt Angle, one of the key star forces of the Ruthless Aggression Era, will return on Monday nights. As of this writing, WWE is promoting his visit to raise interest in the show that is being staged in his hometown. The Olympic Gold Medalist competed in his last TV match at WrestleMania 35 in 2019, when he was defeated by Baron Corbin. His final session on Raw the following night was dismantled by rookie Lars Sullivan. In that year, Angle was hired by WWE as a producer for the backstage area; however, in 2020, due to financial restrictions brought on by the COVID-19 epidemic, Angle was placed on leave.

Bobby Lashley Vs. The Miz

United States Champion Bobby Lashley has maintained his reputation as a fighting champion ever since capturing the belt. He delivered some show-stopping defenses against Ciampa and AJ Styles in recent weeks. 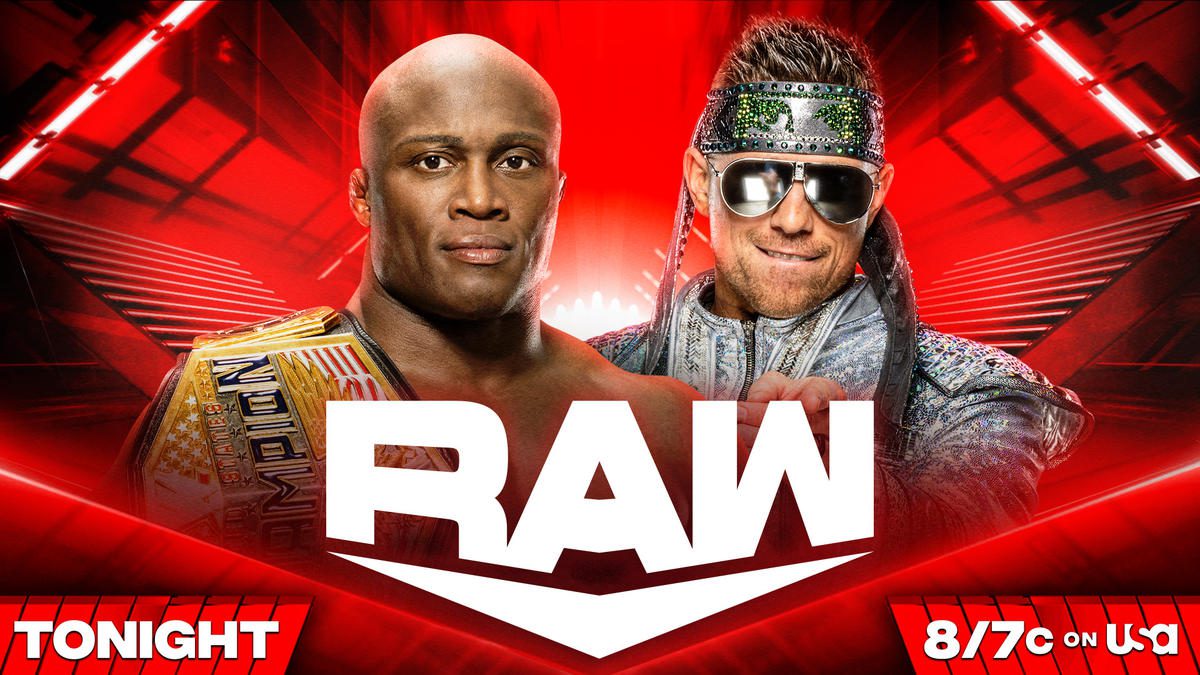 Before The Miz was dragged from the ring by intruder Dexter Lumis last week, Lashley was in a nasty mood and eager to punish The Miz in a tag team fight. Miz appears to have escaped his captor’s grasp and is preparing for another confrontation. The WWE has revealed that Bobby Lashley and The Miz will square off on Raw in a non-title match. The Hollywood A-Lister will need to take extra care because when it comes to in-ring competition, the All-Mighty is all-business.

After being empty for more than three months, the WWE Women’s Tag Team Championships will now have holders as this week’s episode of Raw will mark the end of the current tournament for these titles. Raquel Rodriguez and Aliyah will face Dakota Kai and IYO SKY in the tournament’s championship match, which is expected to be very exciting, as was announced on Smackdown. 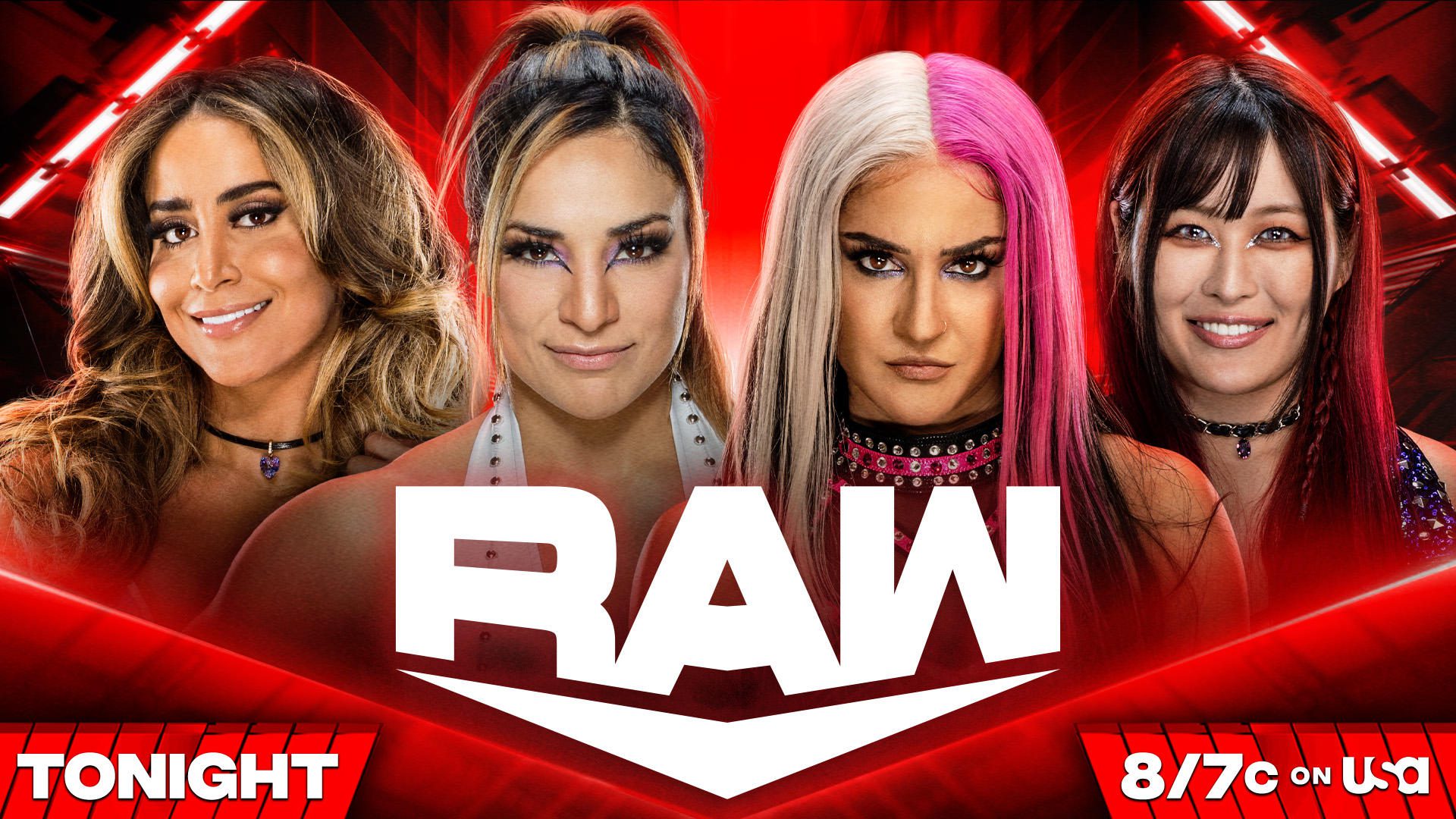 Since making a comeback to WWE TV at Summerslam, SKY and Kai have shown themselves to be well-oiled machines. Last week, they advanced to the final lap by defeating Asuka and Alexa Bliss, two former Raw Women’s Champions. In spite of this, they are the unlikely favorites to defeat the young duo of Raquel and Aliyah. Will Bayley’s friends be able to take advantage of the situation, then? When Raw airs the Women’s Tag Team Championship Tournament final, we’ll find out.

WWE Raw 22 August will air at 8 PM ET on USA Network. New episodes of WWE Raw are released every Monday. If you have USA Network on your TV, then you could just tune in at the above-mentioned time. But, if for some reason you missed the show while it was airing live or you prefer Streaming WWE Raw, then there are several Streaming options available. USA Network comes under NBCUniversal, so you will find major streaming platforms offering the Bet work in their base plans. Streaming platforms like fuboTV, DIRECTV STREAM, Sling TV, and Hulu Live TV will allow you to watch Raw live from anywhere. YouTube TV is the platform where you should go if you want to watch both WWE Raw and Smackdown.

Also Read: How To Watch WWE Raw Live And Stream It Any Time And From Anywhere?