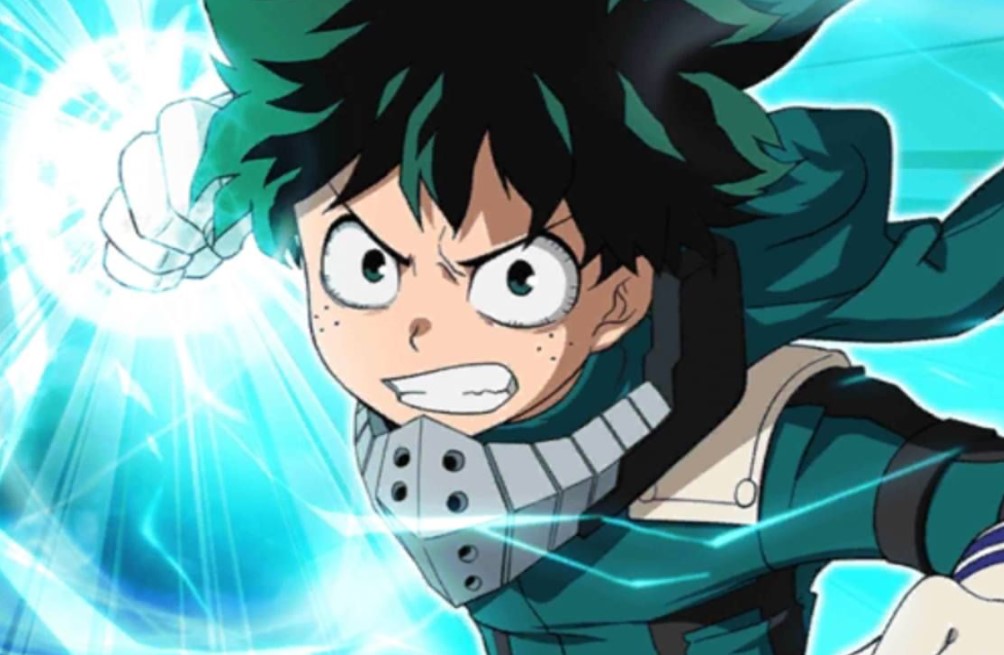 From the recent development of this manga, Best Jeanist unleashes his new super move, Blackout Bind, and attacks the League members. He chokes them to knock them out and put them to sleep. Mr. Compress gets a chance to speak with Spinner, telling him he loved the League and to help Tomura. He is also planning to buy them some time for them. He tries to use his Quirk on his butt, taking out his flesh. He gave his arm enough space to escape as he compresses Tomura and Spinner quickly, then jumps his way up Gigantomachia.

Best Jeanist tries to slow him down by controlling the wire fibers on his clothes. He said that he has no hope of escaping with wounds that can cause death. Mr. Compress continues to use his Quirk to explodes off parts of his body while tearing apart his clothes. A restrained Skeptic cries at Mr. Compress to save him too, and he manages to compress him. Mr.Compress gets ready for his final performance. Let’s find out more below. 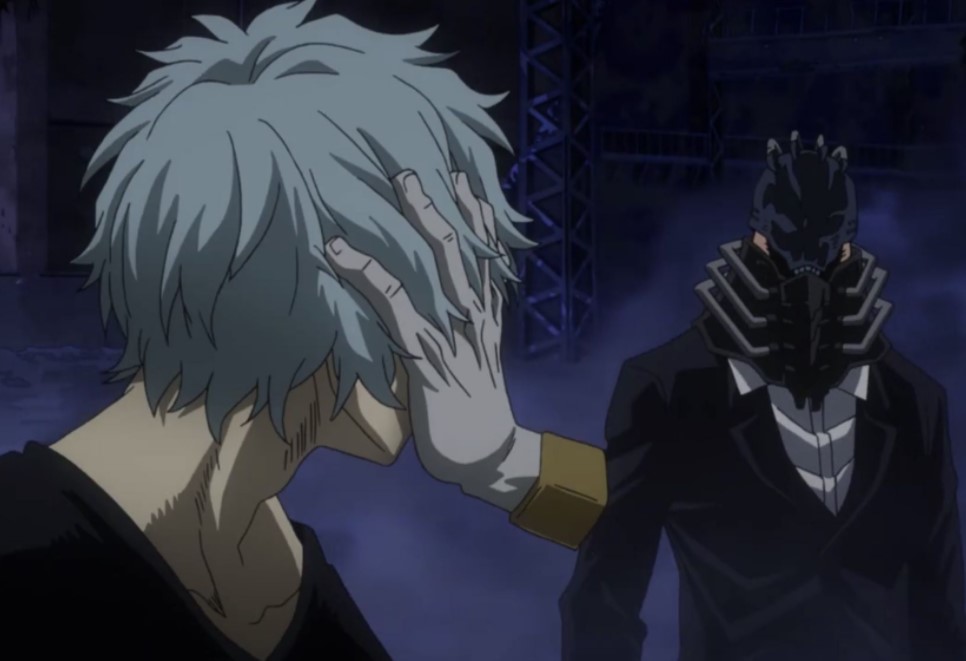 Previously on My Hero Academia Chapter 295

Deku is badly injured with marks of burns on his face while lying on his back on the ground. All of a sudden, he realizes something and decided to wake up quickly. He wakes up after hearing a voice telling him to wake up. He started asking where is Todoroki. He then remembers that he blacked out because Dabi’s heat blast knocked him out. He started looking around and sees Shoto regain his strength on the ground, and he is glad that he is alive.

Suddenly, he got hit by another pain from his head and realized that something terrible would happen. The pain that he was feeling is another power called Danger Sense, which is a  Quirk of the 4th One For All user, which he read about in All Might’s notebook. Since Deku wasn’t aware and not trained for it, that is how it struck him, and he felt pain; it affected him just like with Blackwhip; his senses start to overload his head.

Lemillion and Best Jeanist’s cables make their way toward Mr. Compress. Lemillion got disappointed when attacking  Mr. Compress because he was hoping to use special moves to attack villains. He then realizes that earlier; he noticed how the mass of Near High-End Nomu moving on Tomura Shigaraki’s command. If Tomura can waken up, he can still give orders to the Nomu and change the battle state.

Mr. Compress tries to buy time for Tomura by keeping  Lemillion busy. He gives Spinner the role of helping Tomura to wake up while hiding a compressed Dabi within his scarf. He thinks that Spinner is the most devoted to Tomura. Spinner remembers Tomura talking with Doctor Garaki about how attaching his family’s hands fed his rage and kept him at peace. He then finds the burnt remains of his father’s hand in his pocket.

He placed them on Tomura’s face when Lemillion and Best Jeanist’s cables are about to get hold of them. Suddenly, the mighty villain Tomura finally awakens and uses Radio Waves to blow Lemillion, the cables, and all the other fighting heroes away. The Near High-Ends turn to face Tomura, and it turns out to All For One is in command of Tomura’s body. He started to talk about how Tomura manages to find suitable comrades and considers the heart to be power.

The more Tomura keeps on sticking into his comrade’s feelings, the stronger he gets, and he can never let go of those feelings. He also mentions how it is possible to send detailed signals to the Nomu through Radio Waves, but it would be difficult for someone like Tomura. Lemillion and Best Jeanist continue to grab Spinner and All for One, who controls Tomura’s body to make their getaway. Spinner asks Tomura if they can leave Mr. Compress and Gigantomachia as well as Himiko Toga, who hasn’t returned yet behind.

All For One Command

All For One replies that Deku has defeated the Tomura he is talking about, One For All, and Endeavor, so he must face those losses for his sake. Best Jeanist, Nejire Chan, Ingenium, and Lemillion desperately try to fight and chase after the Nomu. While Dynamight, Shoto, and Endeavor are all barely able to stay conscious, and Endeavor’s sidekicks lead the remaining pros to head over.

Deku uses Blackwhip Froppy Style to jump into the air to face Tomurawho is being controlled by All For One. All For One uses his radio waves that send Deku flying away. He then reveals that he will meet him soon after his body is fully healthy. While flying away, Deku screams out to Tomura, saying the destruction that Tomura has caused is unforgivable. He then witnessed the Nomu carry Tomura along with All For One into the distance.

Deku promise Tomura to mark his words that he will pay since he has caused pain to many people, and he has killed many innocent people. He said that he would wait when they meet again. Deku realizes when he witnessed Tomura being absorbed by All For One in the vestige world, he recognized his face as one who looked like he needed saving. Loots of the building has collapsed in the city with dust rising to the sky.

The latest chapters of this Manga is  VIZ Media and Shueisha’s Manga plus official platforms. Raw scans for new chapters are released 2-3 days before their respective chapters are published. We advise you to read the digital copies from their official websites and apps to support the Manga creators and publishers. Check the recent updates of My Hero Academia Chapter 295