Doja Cat is taking social media by storm after she has shaved her head and eyebrows. As fans are applauding this bold move, the popular artist is explaining why she did that. The Woman hitmaker explained that she was so used to wearing wigs anyway that she saw “no point” in having hair while further adding that it is very funny how much of an effect taking her hair off her head has positively influenced her.

The songstress also admitted that earlier, she couldn’t focus because she was more concerned about how she looked and how her hair was doing, and how to keep it adhered to her scalp. Fans have been taking to the comment section to respond to the transformation!

The pop star went on to state the benefits of her freeing style as she can swim, which is a big deal for her because she loves to surf and is happy that she can do real strenuous workouts. The artist also added that now that her wigs are going to lay flatter if she ever does wanna wear a wig! Doja Cat is also excited as now she can do any color without actually doing it on her head and can experiment with a nice buzzcut wig.

Along with shaving her hair off, Doja Cat also shaved her eyebrows on Instagram Live. In a video that she uploaded on Twitter, Doja Cat jokingly stated that her makeup artist said they were heading over to her house immediately because they did not believe what she was about to do! 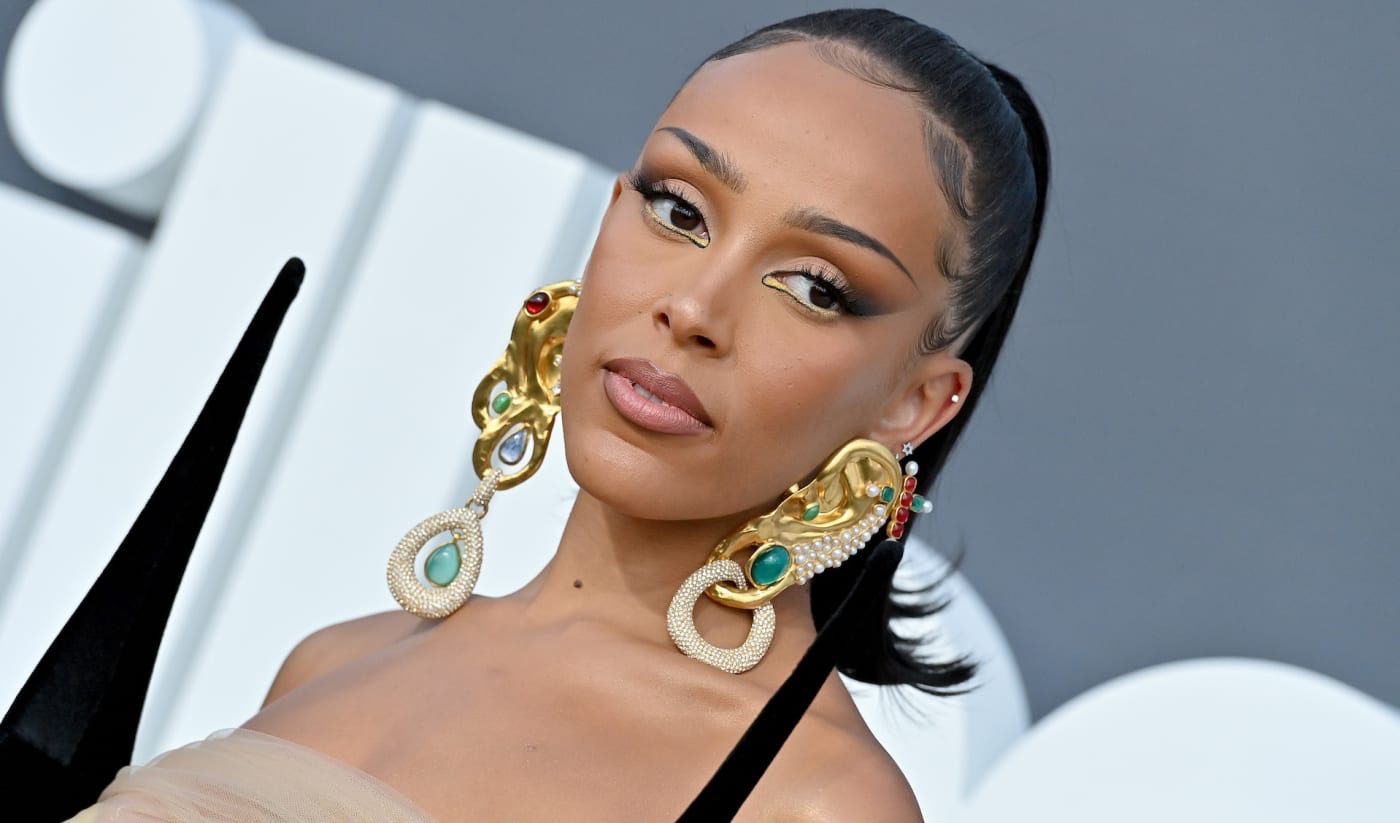 Doja’s millions of fans soon took to the comment section and were quick to comment on her makeover, while many hyped her up and called her beautiful and how it fits her so well. Another user gave Doja Cat a huge shout out as she herself shaved her head and has never felt more empowered and further wrote,” Welcome to club, brown baldie!”

Also Read: Who is Doja Cat Dating in 2021? A Look Into The ‘Say So’ Singer’s Relationship Timeline