Umma Ending Is explained in the article. The movie was released on 15 March 2022. The movie has received positive reviews from critics and fans. It has received appreciation for portraying Korean culture on the screen. Umma revolves around cultural identity and its importance. Iris Kim Shim directs the supernatural horror. It not only stars Korean actors in the lead, but the movie also revolves around Korean culture and their households. And if we talk about the cast, Umma stars Sandra Oh in the lead, who plays the character of Amanda, a daughter of a Korean single mother who lives in America with her daughter Chrissy.

Fivel Stewart plays Chrissy’s character, and MeeWha Allena Lee is seen as Umma, Amanda’s mother. In addition, the Umma cast includes Dermot Mulroney and Odeya Rush. Dermot was seen as Danny while Odeya played the character of River. Tom Yi plays Amanda’s uncle’s character. The movie fetched a good response from the people. Here in the article, we will talk about Umma Ending. Let’s delve into the article and find out what happened at the end of the Umma.

Here is the trailer of Umma.

What Is The Plot Of The Movie?

Umma follows the story of a mother, Amanda, and her daughter Chrissy. Amanda and Chrissy live in a small town in the USA. They own a farm and sell honey, and raise bees and chickens. Although they are living in the modern world, Amanda and Chrissy live a life without any technology. Amanda is allergic to electronic devices, so they are living without them. As the story proceeds, we learn that Chrissy decides to leave the town for her further studies, which upsets Amanda. 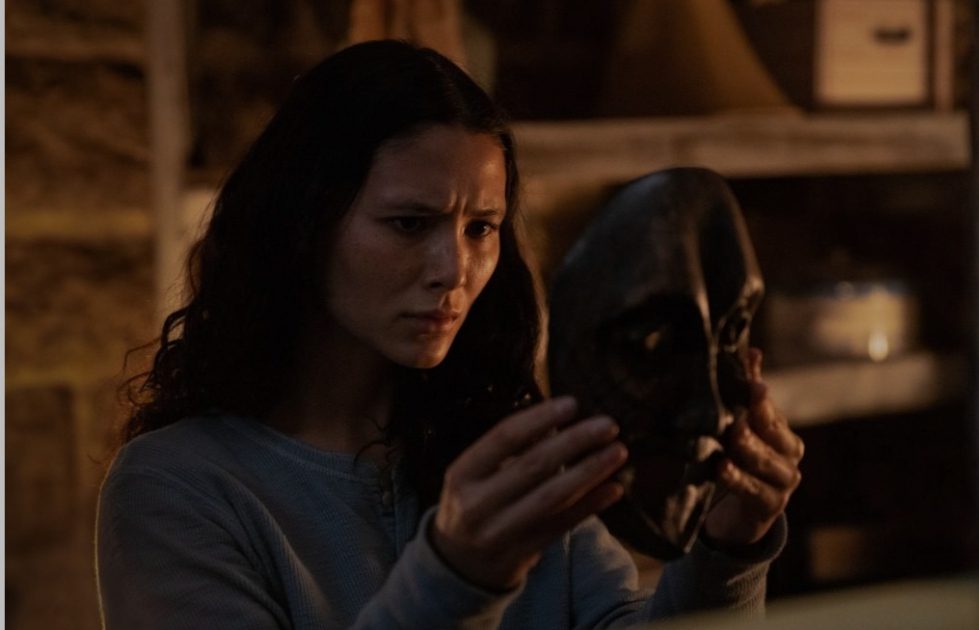 Chrissy with the mask, still from the movie Umma

Amanda’s uncle from Korea visits her to hand over her deceased mother’s ashes. Amanda was not in the contract with her mother and was not knowing about her death. Her uncle blames her for abandoning her mother and forgetting her Korean culture. At the moment, Amanda remembers her childhood and how her mother raised her when she was left alone in a strange country. Her mother, whom she called Umma, was a single mother and raised her daughter in a foreign country even though she did not know their language. She struggles to raise her daughter, but ultimately, her daughter abandons her. Amanda later learns that her mother was punishing her for leaving her by giving her electronic shocks. 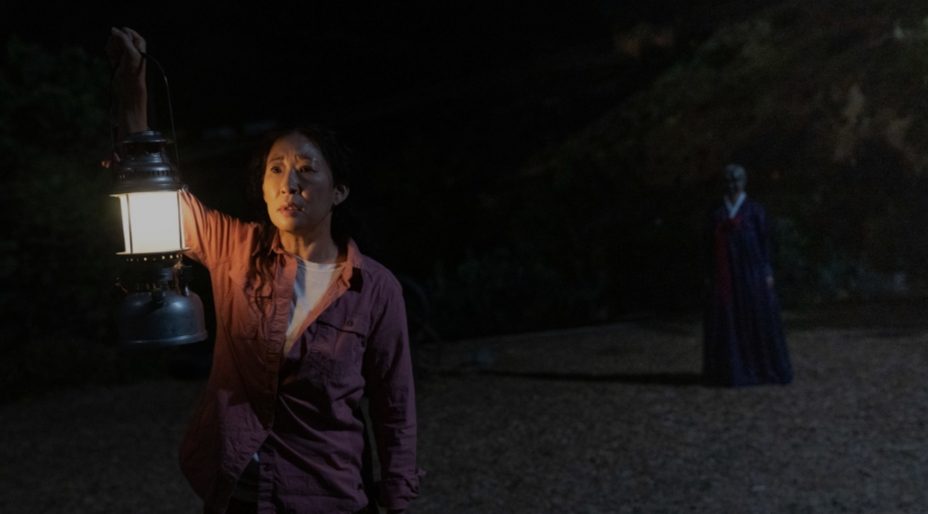 Amanda and Chrissy, still from Umma

One night, Chrissy finds out her mother is performing a Jess wearing a mask and hanbok. She tried to interrupt her but was art aked by her mother. Umma tries to kill Chrissy. However, she somehow manages to sneak off from there and saves her life. Amanda later tries to confront Umma that just because she is following Korean culture, she has no right to punish her. Moreover, she acknowledged her mother’s struggle to raise her, but this could never be why she was punished so harshly.

Umma finally accepts her mistake and x apologizes to Amanda. In the end, Amanda finally started teaching her daughter the Korean language and Korean culture. The story ends with a happy end. Umma is recently released on Netflix in the USA. You can watch this horror suspense thriller on Netflix, DVD, and Blu-ray. If you enjoy watching horror thrillers, then you must watch Umma, the movie is amazing, and you will surely enjoy it.

Also Read: Other Side of The Box Ending Explained: Did The Creature, Kill Ben?