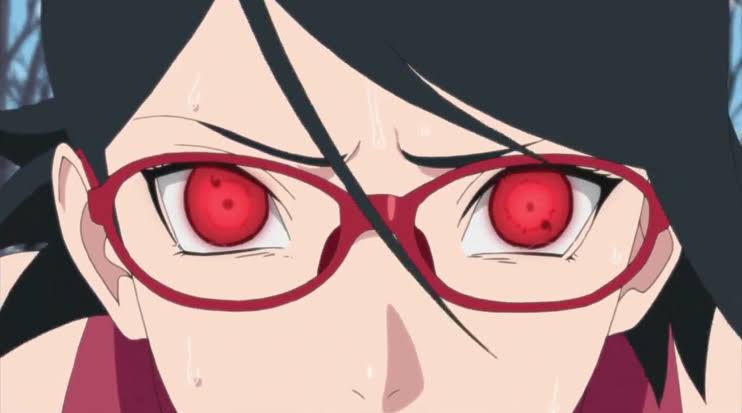 Boruto anime has decided to at last animate the Mujina Bandits arc in the anime. But it has been more than three episodes now and we are just not getting to the cannon part. Anime has been focusing on Kokuri an ex Mujina Bandits member who wants dead but Konoha wants information that Kokuri has. Now, I’ll be discussing how Boruto anime showed off Sarada’s improved use of Sharingan.

Before we begin, please note this post may contain spoilers from Boruto episode 144. If being spoiled is not for you, I suggest that you stop reading the post here. However, if spoilers don’t bother you, we can get started. Also, note that we did not create the spoilers or leak them.

We have been witnessing that Kokuri is keeping his cards close to his chest. Since he wasn’t sharing any information Team 7 needed to come up with a plan to test whether Kokuri’s intentions were pure or not. This is where Sarada Uchiha’s Sharingan came into play. Sarada Uchiha who is playing a side role in the arc so far stepped up to the plate and used her Sharingan on Kokuri. She trapped Kokuri in her Sharingan genjutsu. She made Kokuri imagine that Boruto is being attacked by Tsukiyo and at this moment Kokuri’s loyalties were tested. 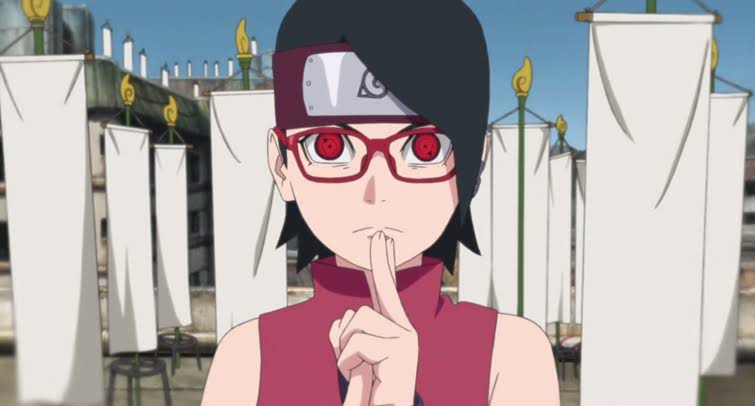 Kokuri confessed that he has no money as he got rid off all the money he had stolen from Mujina Bandits. Kokuri’s pure intentions were confirmed as he passed Sarada Uchiha’s Sharingan test. I was impressed with how Sarada Uchiha used her Sharingan with utmost control which means that she is better equipped to use this unique ability that she has inherited.