College Hill has returned for another season. It is back with a new season after six fantastic seasons. This time, however, the occasion is star-studded. The show will feature eight celebrities furthering their studies. Do you want to know where you can see it? Here’s where you can watch College Hill: Celebrity Edition. Furthermore, College Hills is a documentary on the lives of Black students in historically Black colleges and universities. It tries to demonstrate the cultural experiences that Black Students have in college. College Hill: Celebrity Edition will follow the same theme, but with celebrities instead of students. The cast will include Lamar Odom, Big Freedia, and Stacey Dash, among others.

BET brings us another spin on the successful uncsripted reality television series College Hill. If you’re unfamiliar with College Hill, it was a  television series that follows the lives of students attending college in the United States. The show focuses on the day-to-day lives of the students, their relationships, and their academic and extracurricular activities. Now, without further ado, let’s take a look at what this show has to offer. 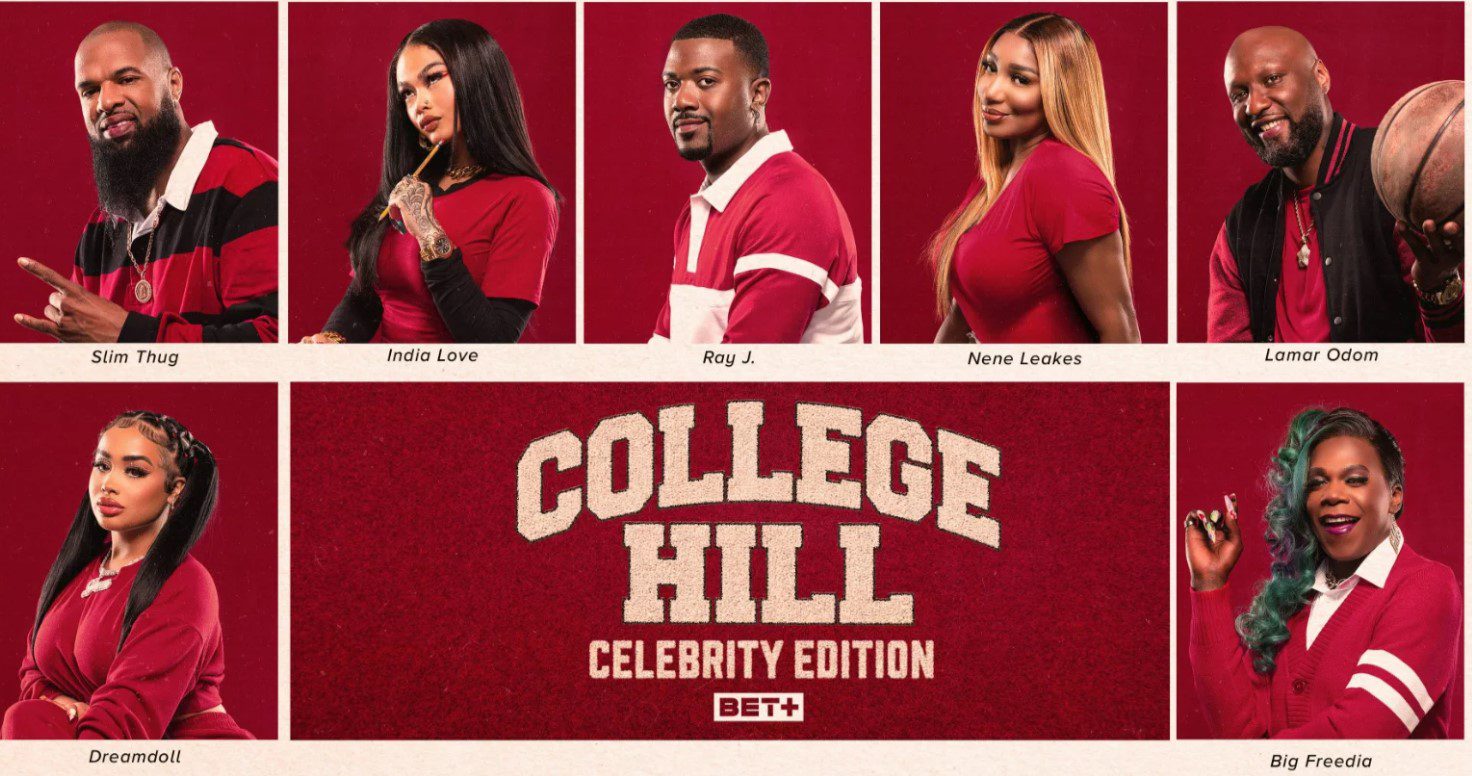 These people want to extend their horizons yet have never attended or completed college. For example, Big Freedia dropped out of nursing school when their career took off, and Slim Thug was admitted to TSU but never attended since his career took off. Nene went to Morris Brown but dropped out after becoming pregnant. India Love struggles to understand many of her subjects because school is not her strong suit, but she wants to graduate from TSU to make her educated family, and one of her sisters pleased. Ray J has undoubtedly arrived to collect a check, and Lamar Odom appears intrigued by the situation.

They will live together and attend Texas Southern University (Megan Thee Stallion’s alma mater) to pursue a specialty certification program to graduate. They will reside in the same house. You already know that most of these people are used to reality television, so this will be a challenge for them, especially since they will occasionally have to coordinate as a group while also participating in things that may be alien to them from college life.

If you wish to watch College Hill: Celebrity Edition, you can stream this show from the BET+ channel add-on on Amazon Prime Video and from Sling TV. With this, we conclude our coverage of this topic here at Otakukart. Thanks for your attention, happy streaming, keep browsing our website for more entertainment-related content. And see you soon!