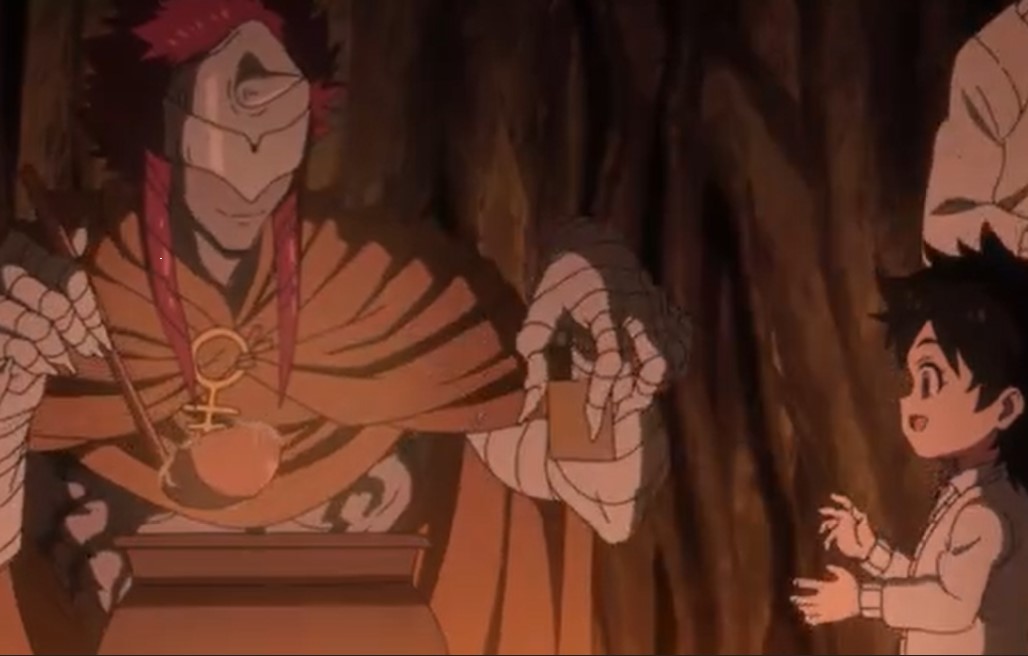 After escaping from the farmhouse, the children enjoy the life of the new world. They also find out about William Minerva. William Minerva guided them and gave them clues to survive in the new world. Later, Emman and Ray got separated from other children. They got saved by two hooded beings, and Ray realizes that two demons have cornered them. Emma find the truth after looking at the feet of the one in front of her

The demo9n Sonju is behind Emma and Ray while the demon Mujika is in front of them. The two are corned inside the cave, and there is nowhere to run. Ray ask the two demons why are they saving human since they are demon’s food. Emma asks where everyone is. Emma got scared, thinking that other children have already become demons’ food. Mujika looks at Emma and smiles while Sonju steps forward with a scary look.

The Promised Neverland Season 2 Episode 3 will be released on Thursday, 21 January 2021, at 12:00 AM JST. You can stream the latest episode of this Anime, Funimation, and AnimeLab. You can also visit the official website of this Anime at neverland-anime.com. Let us take a look at the following details below. 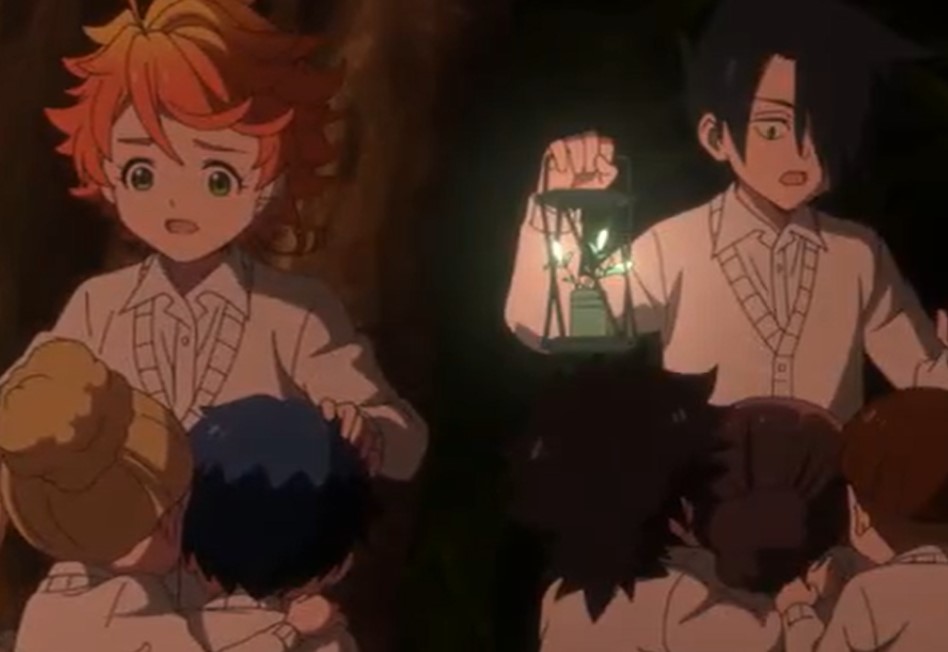 Sonju tells Mujika that she has gone too far and she has taken the wrong path again. Emma and Ray are just looking at Sonju, who moves towards them, and they are trembling with fear. Mujika asks Sonju if he has come to get them since his timing is horrifyingly wicked. Mujika asks about the weapon, and Sonju yields his weapon, saying if children touch it, it will be dangerous. Emma asks Sonju if the children he is talking about are safe.

Sonju show Emma and Ray the way lead them to other children, and they head there. When the two are left together, Sonju comments that he remembers when he was last called a demon. Emma and Ray arrive in a cave where other children have been kept. Surprisingly Emma finds the children gathering in front of delicious food and clean water. The two are shocked at what is happening, and the children embrace them.

Emma asks if they are okay, and they both yell ”Yep,” and demon Sonju and Mujika show up again. Mujika apologizes for scaring Emma and Ray. She told them that they don’t feed on humans. They intend not to harm any of them, and they can rest with ease enjoying anything they like. Emma and Ray are wondering with doubt why the two demons are being nice to everyone. Ray is worried that even the children are befriending the demons.

Everyone is enjoying the food that they are being served, and they don’t even know where the food is coming from. Gilda tells Ray and Emma that those two demons are not evil; they took care of them. If they wanted to do something bad, they would have done it before the two arrives. Don comments that he is glad that they save Emma and Ray. They rescued them, and they must believe them; Emma looks at the demons, wondering what they are doing.

Sonju and Mujika pray for everyone saying that ”For this blessed and pure meal, we celebrate our fortune.”We appreciate Hean, Earth, and our life; thank you for the food. They both enjoy the food, and Emma and Ray are stunned by the taste of the food. In the middle of the night, Emma and Ray couldn’t sleep. Sonju asks them why, and Emma said she wants to talk with him. Emma bow on her knees, apologizing for doubting the demon even though they saved them. 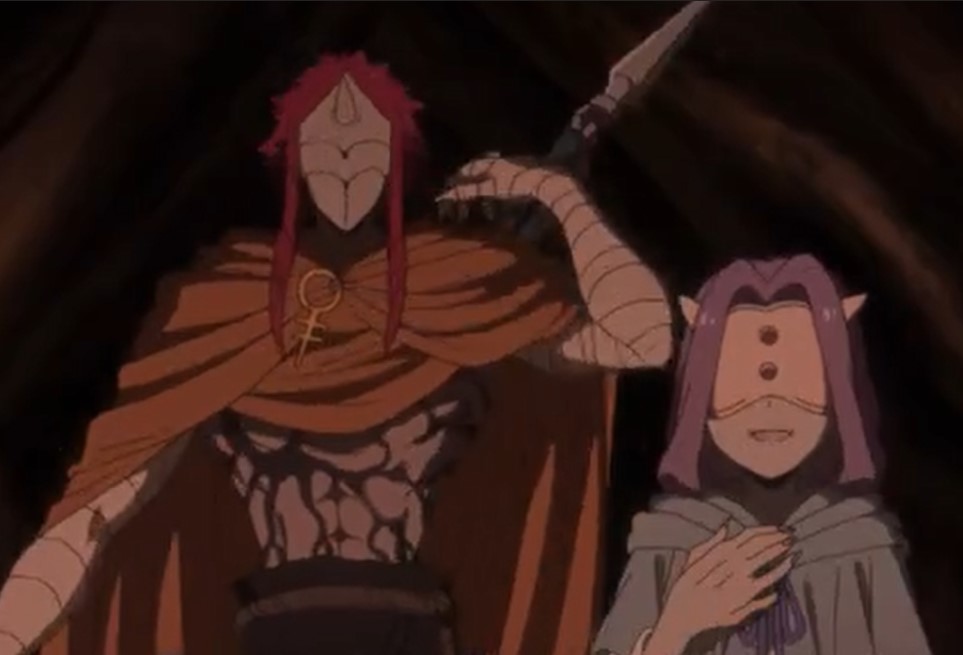 Emma comments that she never knew that there would be demons who did not eat humans. Sonju replies that she must not worry about it, but she was right to be cautious. Human flesh is special to demons, especially the brain, and most of them when they saw humans, they won’t hesitate to devour them. Sonju said that humans should regard all the demons as their enemy.

Ray ask why Sonju and Mujika don’t eat humans, and he replied that it is for a religious reason. It seems as if they are vegetarian demons. Sonju reveals that they choose not to eat humans for their faith, and they’d rather eat anything other than human flesh. They are called heretics of the demon society, and they don’t care about the farm’s ideology, profit, and authority. They saved them out of curiosity.

Sonju reveals that it has been a while since he has talked to humans just like this. Emma and Ray started believing that there are two separate worlds of humans and demons. They are determined to find it, and the next day Sonju teaches Emma how to survive in a dangerous world. When Emma returns to the cave, they notice that Emma is acting strange. They ask her why, and she replies that she is okay.