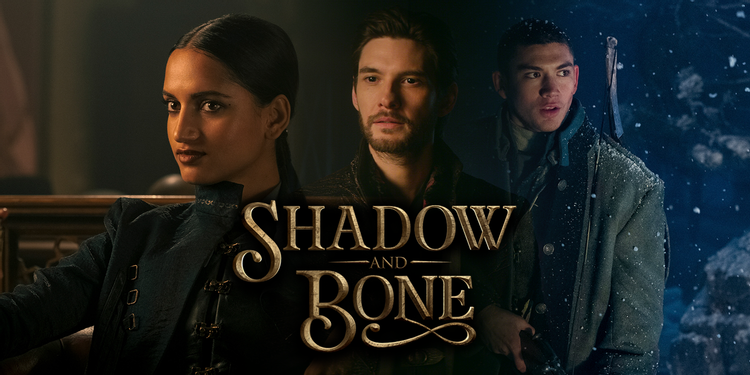 Shadow and Bone is a live-action series based on Leigh Bardugo’s fantasy adventure book series titles, the same name. Eric Heisserer and 21 Laps Entertainment develop this live-action series for Netflix, scheduled to release on April 23, 2021. Heisserer is a viral screenplay writer and wrote screenplays for productions such as the Oscar-nominated Arrival, Bird Box, and The Remake. The TV veteran has cast in popular series such as Doctor Who, The Umbrella Academy, The Punisher, Altered Carbon, and much more. 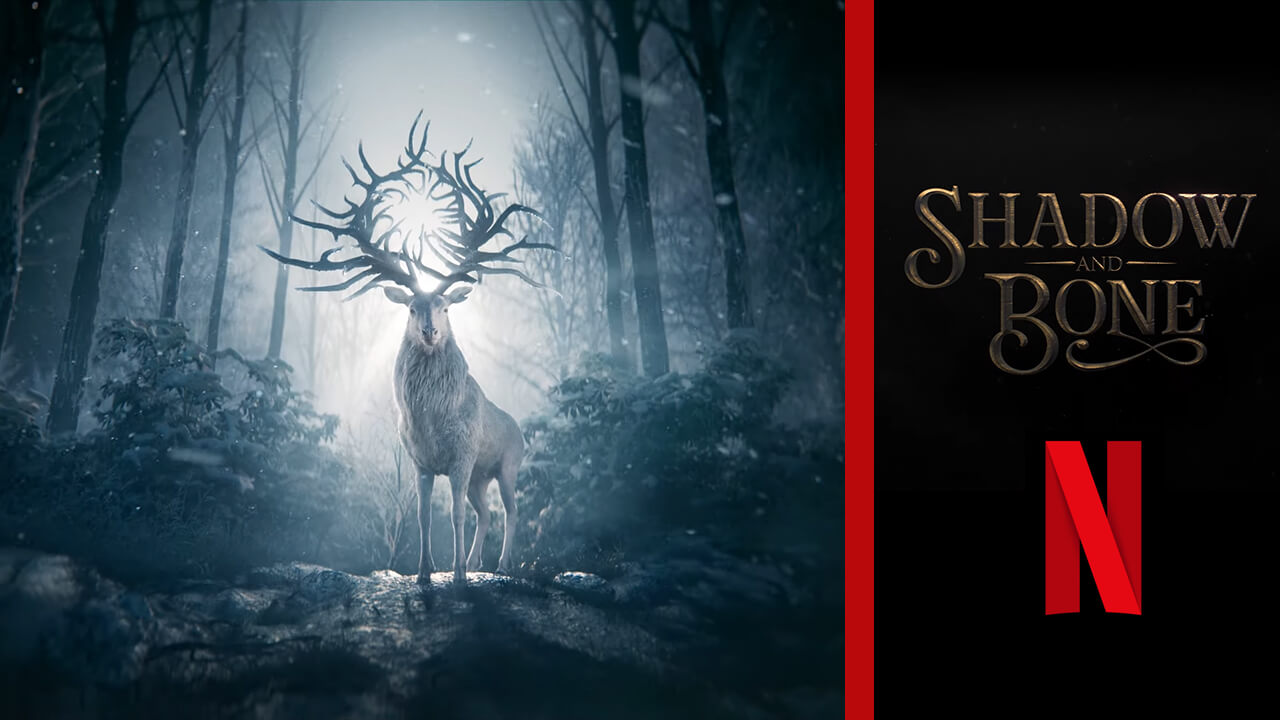 The plot of the Movie

Netflix’s Shadow and Bone will adapt two overlapping series in Leigh Bardugo’s Grishaverse: Six of Crows and Shadow and Bone. The story starts in a world divided by two massive barriers of perpetual darkness: the unnatural creatures feast on human flesh. This series follows Alina Starkov, a young soldier and a citizen of the Russia-inspired kingdom Ravka. She unexpectedly uncovers some unusual powers that might save her friends, and finally, unite her country. She has to struggle to gain and control the powers, but as she struggles to control her power, dangerous forces unite against her, and only General Kirigan is willing to help her. Thugs, assassins, saints, and thieves are at war now, and it will take more than magic to survive and control.

When the first look of the series was revealed, it looks fantastic; most parts of the Movie were shot in Budapest, Hungary. Additional shoots take place in Vancouver. The Covid-19 also impacts the projection of the series. The music composer of the series is Joseph Trapanese. Bardugo and Heisserer appeared on a panel at New York Comic-con in October 2020, during which they played the scores. Josh Bary, Shadow and Bone’s executive producer, reported that the final sound mix was completed on December 16, 2020.
Netflix released the announcement teaser of the series on Youtube on December 17, 2020

The cast of the series

On October 2, 2019, it was officially announced that Lee Toland Krieger would direct the plot with Ben Barnes, Freddy Carter, Jessie Mei, Amita Suman, Archie Renaux, and Kit Young starring. The second round of casting was announced on December 18, 2019. The casting began in April 2019.
Here’s the list of people who are confirmed in Shadow and Bone :
Main –
Archie Renaux as Malyen “Mal” Oretsev
Amita Suman as Inej Ghafa
Kit Young as Jesper Fahey
Jessie Mei Li as Alina Starkov
Freddy Carter as Kaz Brekker
Ben Barnes as General Kirigan/The Darkling 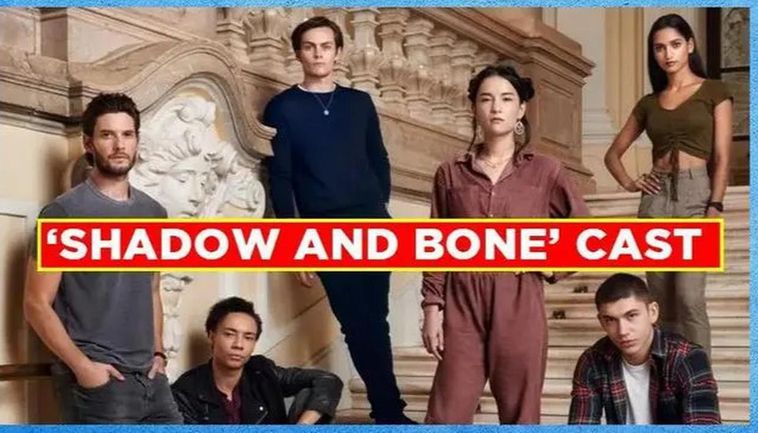 The production for an eight-episode in the first season was started in October 2019 and wrapped in February 2020 with Eric Heisserer as showrunner, creator, executive producer, and head writer. The cast of the series dropped a video message on Shadow and bone on the day filming wrapped on the official Twitter handle of Shadow and bone. The production house of the show is 21 Laps Entertainment, with Shawn Levy as Executive Producer.

People on the internet and Twitter compare Shadow and bone with Netflix’s popular show, The Witcher. But will the series will beat the Witcher in the storyline, dialogues, and cinematography. We can only wait for the release, and after that, we will see the reactions of different viewers. 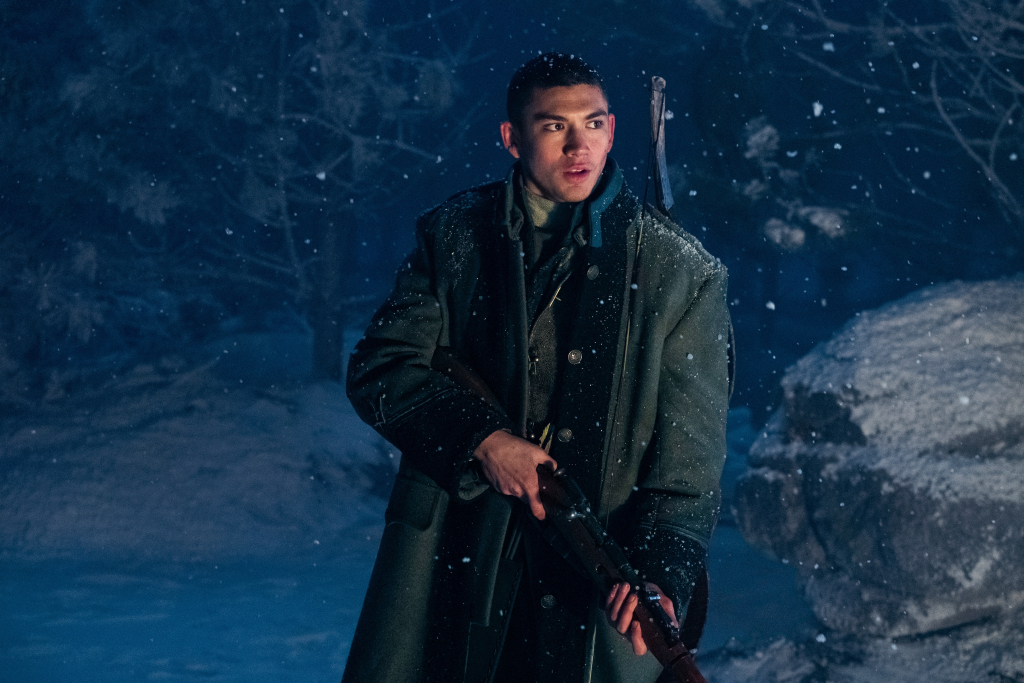 Release episodes of the First Season

It has been confirmed that the first season of the live-action series “Shadow and Bones” consists of eight episodes. All of the episodes will be released on the same day, on April 23, 2021. Netflix has also revealed the titles and the sequence.

The name of the episodes are listed below:
Episode 1: A Searing Burst of Light
Episode 2: We’re All Someone’s Monster
Episode 3: The Making at the Heart of World
Episode 4: Otkazat’sya (“Refuse” in Russian)
Episode 5: Show Me Who You Are
Episode 6: The Heart is an Arrow
Episode 7: The Unsea
Episode 8: No Mourners

Read More: Best Movies Like The Call (2020) on Netflix