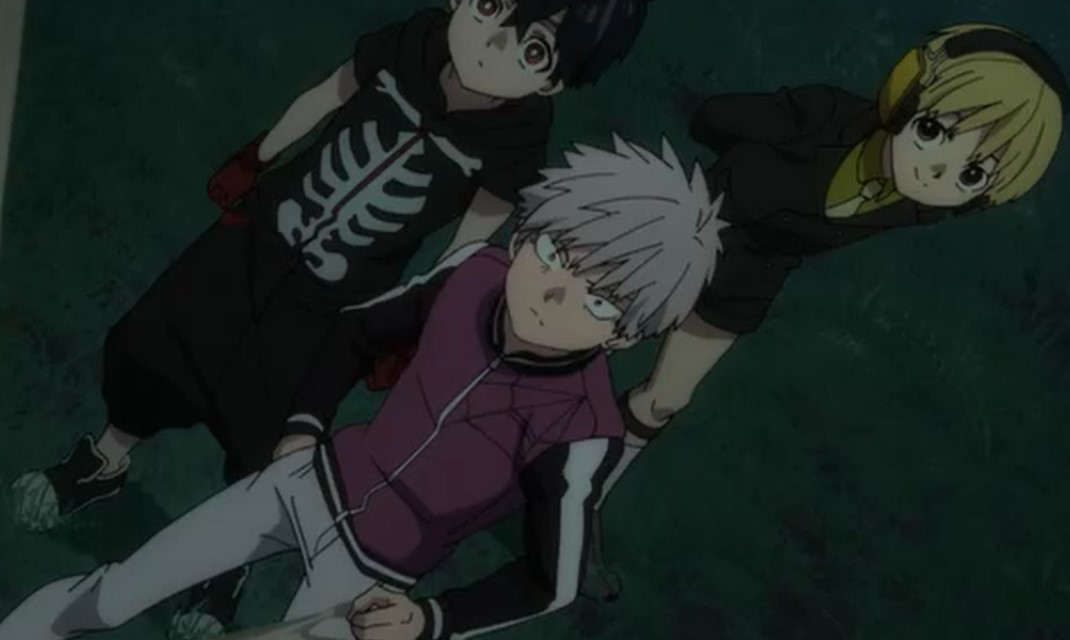 Inugami is traveling with his allies on an excursion; Akira is glad that it is their first time traveling in a group. Akira comments that she has grown up in the mountains, so it is better for her to go to the beach. Kabane congratulates Shiki that he is going to see his parents. Shiki comments that it is not like he is going to see them, but they will be able to track them. Akira asks Shiki if the place they are going is where he was born.

Shiki agrees and said before he moved to stay with Inugami, he was living with his uncle in a city. Later, they arrived at the city where Shiki used to live, and Inugami went to find an Inn for them. He told them that they could pass the time by doing anything around the city. Inugami finds an old tale book about the Legend of Nishikigumo while Akira is trying to choose what he can buy. Let’s out below about the Legend of Nishikigumo.

Kemono Jihen Episode 8 will be airing Sunday, 28 February 2021, at 10:00 PM JST. Watch Kimono Jihen on ANIPLUS, AnimeLab, Funimation, and Netflix. Let’s find out if Shiki will be able to find his parents below.

Kabane started to read the tale of the Legend of Nishikigumo. He reads that once upon a time, there was a poor young man named Shige. One day Shige returns home from work and finds a spider going through his food. The kindhearted Shige shared his food with the spider since he notices that it is hungry. He told the spider that there isn’t much here, make yourself feel at home.

The next day when Shige wakes up, beautiful golden spider webs extended through Shige’s run-down shack. Shige sold the spider silk. He became rich and lived happily ever after. Akira finds the story interesting, and Shiki comments that you will always find an old tale that ends happily ever after. Kabane notice that Shiki is quiet and asks him what the matter is. Shiki is just looking at the girl that has just arrived at the book store. 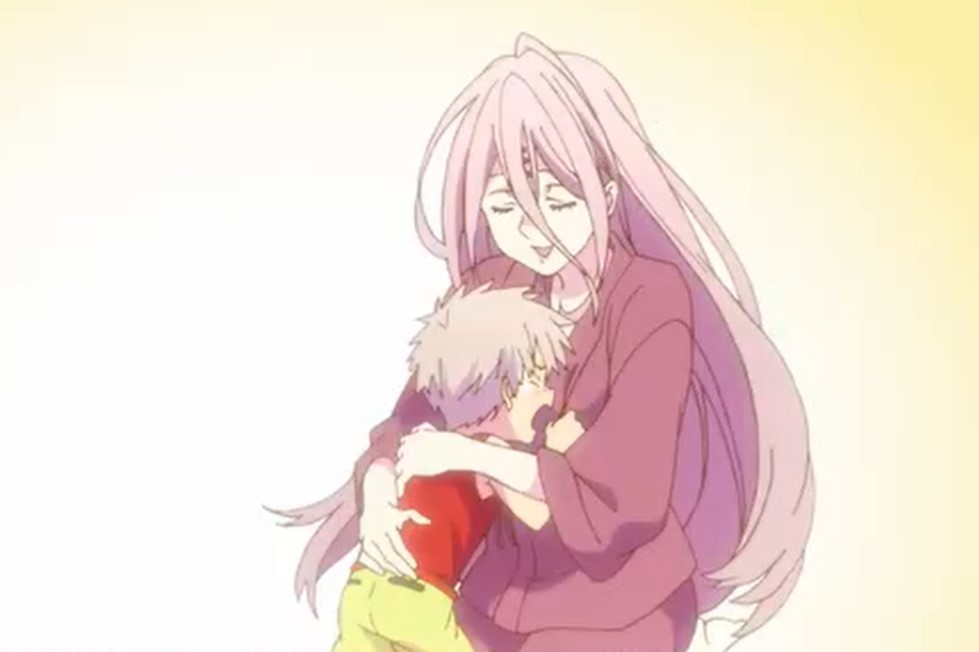 The little girl looks at Shiki, but she runs away, and Shiki wonders why. Inugami came back and said he has met with Shiki’s uncle Tademaru. Tademaru greets Shiki and reveals that Shiki never sent a letter to him ever since he was gone. Akira said itis cold of Shiki to do that. Tademaru told them about the old tale of the Legend of Nishikigumo. Akira said she thought it was made up. Tademaru replies that old tales are one kind of folk material.

He also reveals that the origins of The Legend of Nishikigumo were based on something. With that thought, Tademaru and his brother went to the woods, and that is where they encountered Shiki’s mom. Tademaru said that there are things that he has been keeping from Shiki. Before Tademaru speaks, Inugami said they could go; he notices that Shiki is afraid to hear the truth. They went to the house, and Inugami told the two to go to talk in private.

Akira and Kabane enjoy eating ice cream wondering how things are going with Shiki. Later Shiki came back and finds the two eating ice cream; he comments that he wants it. Akira asks how did it go, talking, about his parents. Shiki looked away and said his parents are dead. He tried to act tough about it and said that he has accepted. Shiki reveals that his uncle told him that his father passed away when he was still inside his mother’s tummy.

The truth of the Legend of Nishikigumo 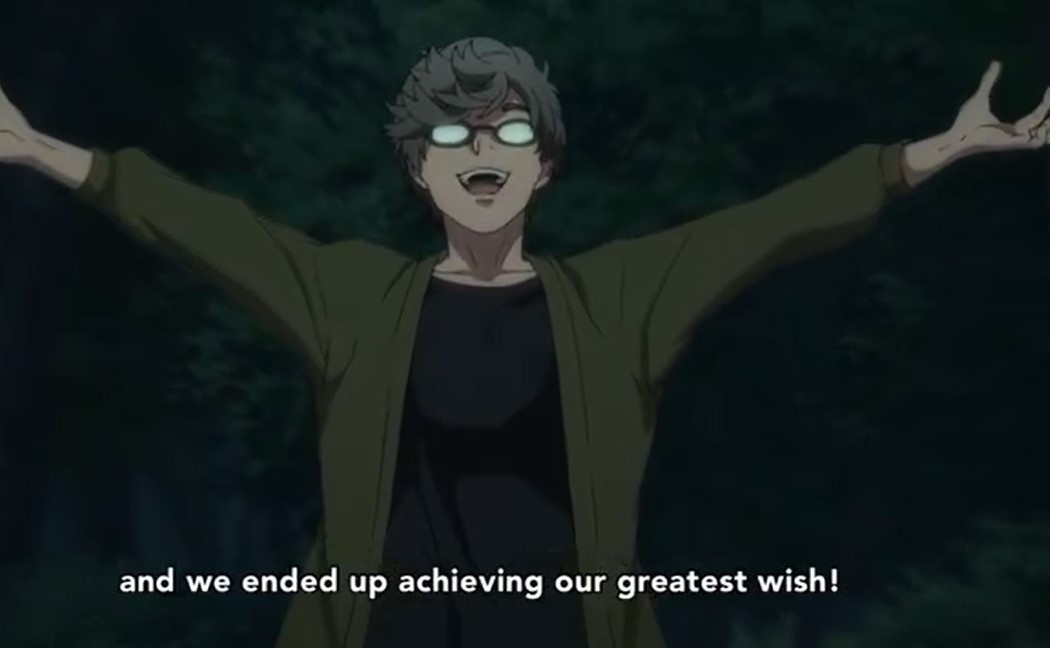 Shiki’s mom got sick and passed away when he was five years old. Shiki is carrying trauma because he saw his mom’s dead body when he was young. Uncle Tademaru was finding it difficult to tell a five-year-old body that his parents are dead. Shiki comments that he is relieved to know the truth since it is like a weight has been lifted from his shoulders. Shiki also ate his ice cream and said he is glad they came here.

Later Nabimaru visited them, and they head to the mountains to see fireflies. Heis trying to make Shiki forget about his parents. In the mountains, Shiki keeps on hearing his mother’s voice and wonders why. Shiki manages to find the place where his mother used to visit. He realizes that uncle Tademaruis responsible for his mother’s death after recalling his past. Uncle Tademaru used to do an experiment Shiki moms trying her with chains.

Shiki saw that when he was young, but they hit him with something, and he falls unconscious. Shiki decided that he will make his uncle pay for ruining his life. At the same time, Inugami visited Tademaru and told him that he has something to talk about with him. Inugami records everything that Tademaru is saying. He reveals that the Legend of Nishikigumo is a true story. Shiki’s mother was a spider that produces golden webs, and Shiki’s father was a poor guy who met with the spider. Shiki hears the recording and captures Tademaru using his web; he told Tademaru to tell him the truth, or he is dead.

Read the latest news and updates of Shiki here: Kemono Jihen Episode 7. That is where you will find out how Shiki, Kabane, and others have defeated the Mosquito Woman. See you next time when the new episode is released.