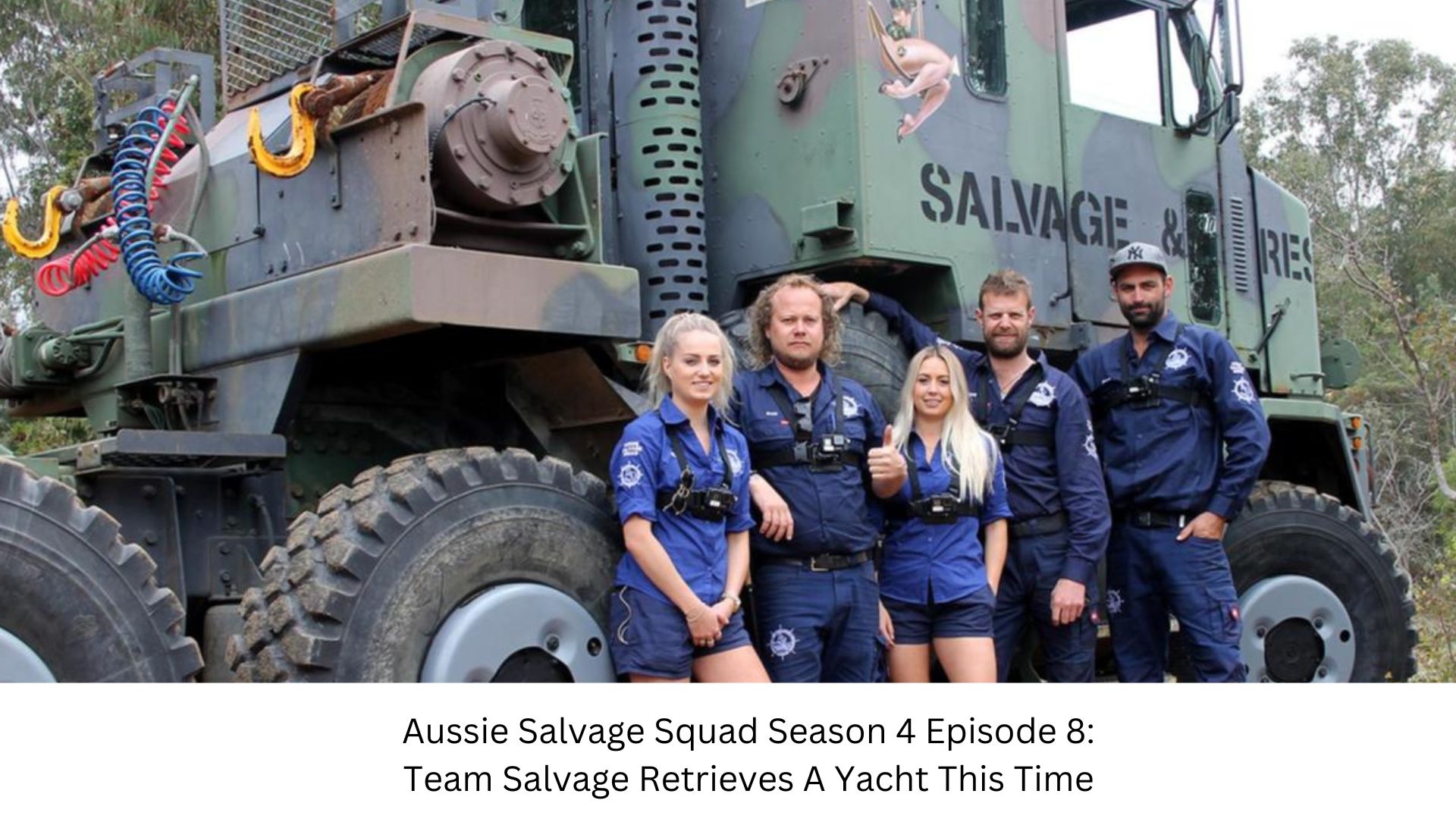 The new episode of Aussie Salvage Squad will be released soon, and like you, we are waiting for this episode as well. There’s no correct way to recover something, and whatever is stuck, buried, or sunk, the Team Salvage must work that out on the spot with whatever they have got on their hands. Whether it’s the yacht or the flood disrupting everybody’s life, Team Salvage is always on time to help those who need it. This time, they are in Lismore doing what they do best: salvage.

The Australian factual TV series Aussie Salvage Squad explores the world of amateur marine salvage and rescue in Australia. The first episode of the show, Aussie Salvage Squad season four, was aired this year in July. Each week a new episode is aired, and this week, the eighth episode will be aired.

Team Leader Luke Purdy helps out a community in need with a Recovery Specialist, Taylor Smith. Luke owns the WA-based emergency salvage business Geographe Marine Salvage and Rescue, while Taylor is a bobcat operator from the Northern Territory. 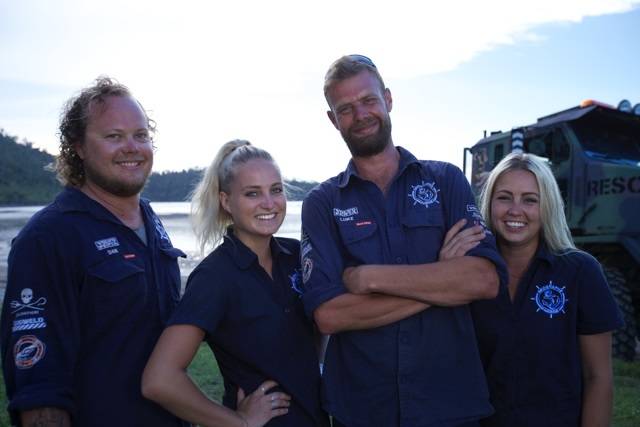 Luke made the difficult decision to leave his family in Perth to work with Taylor, but now, he must face the consequences of his choices. Shaun and Sarah of Team West Coast work on all sorts of land-based jobs starting from salvaging toxic cars stuck at the bottom of lakes to adventure vehicles buried deep in remote sand dunes. Ben and Nicole of Team Edge Recovery are determined to forge their reputation as the best in the business of salvage work in the southern states of Australia.

On 10th August 2022, the third episode following the Team Salvage as they tackled a military museum recovery job in Brisbane, Queensland, was aired. Team Salvage headed to Stradbroke Island in Queensland to remove a toxic vessel damaging the area’s marine life in the fourth episode that aired on 17th August 2022. 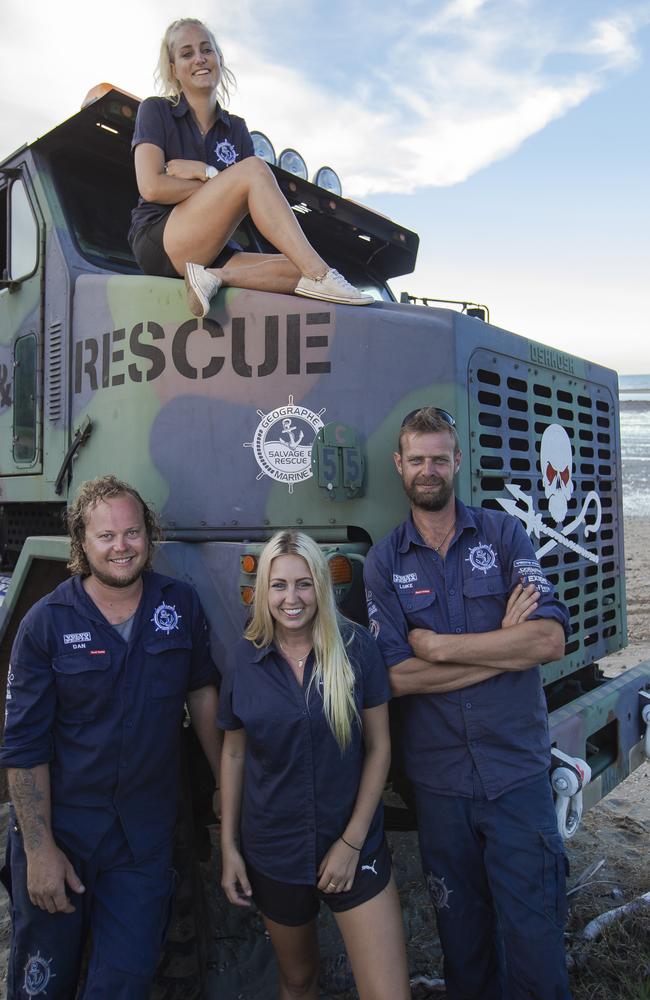 On 24th August 2022, the fifth episode following the Team Salvage that recovered two 16-ton sections of a bridge was aired.

The sixth episode followed Team Salvage heading up to the Northern Territory for a time-critical beach recovery that aired on 31st August 2022. In the previous week’s episode that aired on 7th September 2022, Team Salvage teamed up with Darwin’s Harbour Master to clear the waterways of some toxic and hazardous wrecks in their area.

The latest episode, Aussie Salvage Squad Season 4 Episode 8, will be airing on 14th September 2022. It will follow Team Salvage retrieving a yacht from a crocodile breeding ground but they don’t have much time on their hands to finish their job.

Taylor Smith is a calm, wry and measured person, and according to an old interview, she thinks hanging out with Luke Purdy is like walking into a comedy festival. Luke Purdy believes that all the work they do on the show is actually endless physics with a lot of complications. 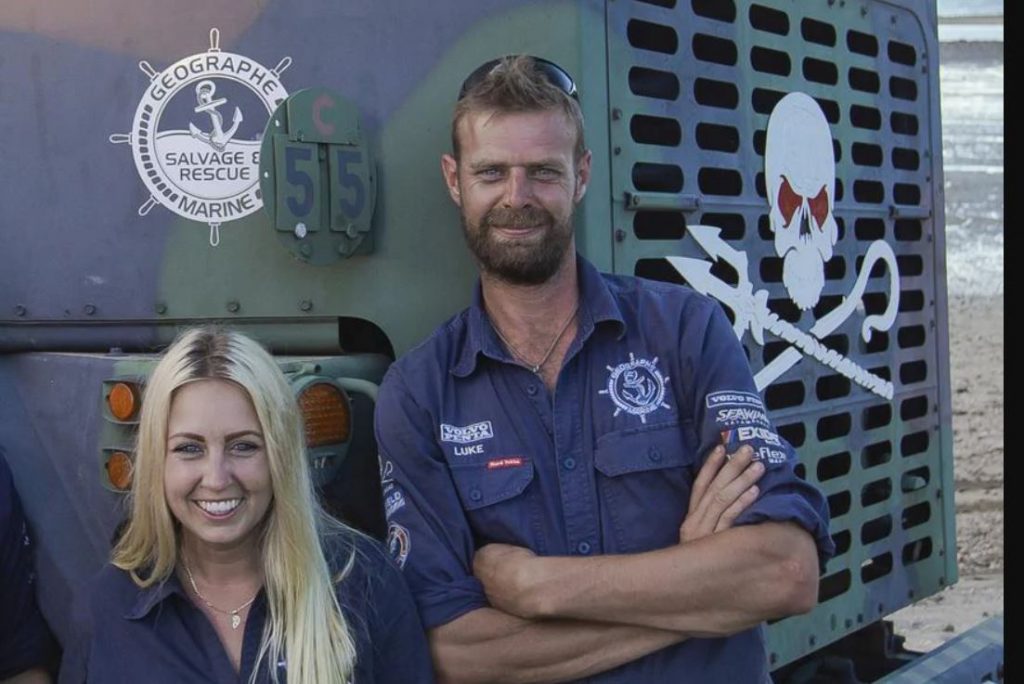 Although Luke never studied physics in any formal sense, he is grateful to his old man who taught him his skills. He believes that one doesn’t need to be trained in something specific to be able to do it, but rather just knows how to do it. He further also added that his dad always told him that “if someone needed help, and you can help them, then it was not your job but your duty as a human to help them”.

Each episode will be aired in the same pattern on Discovery. Aussie Salvage Squad can also be streamed online on Peacock TV. The fans can finish watching the previous episodes they missed before the latest episode airs today.